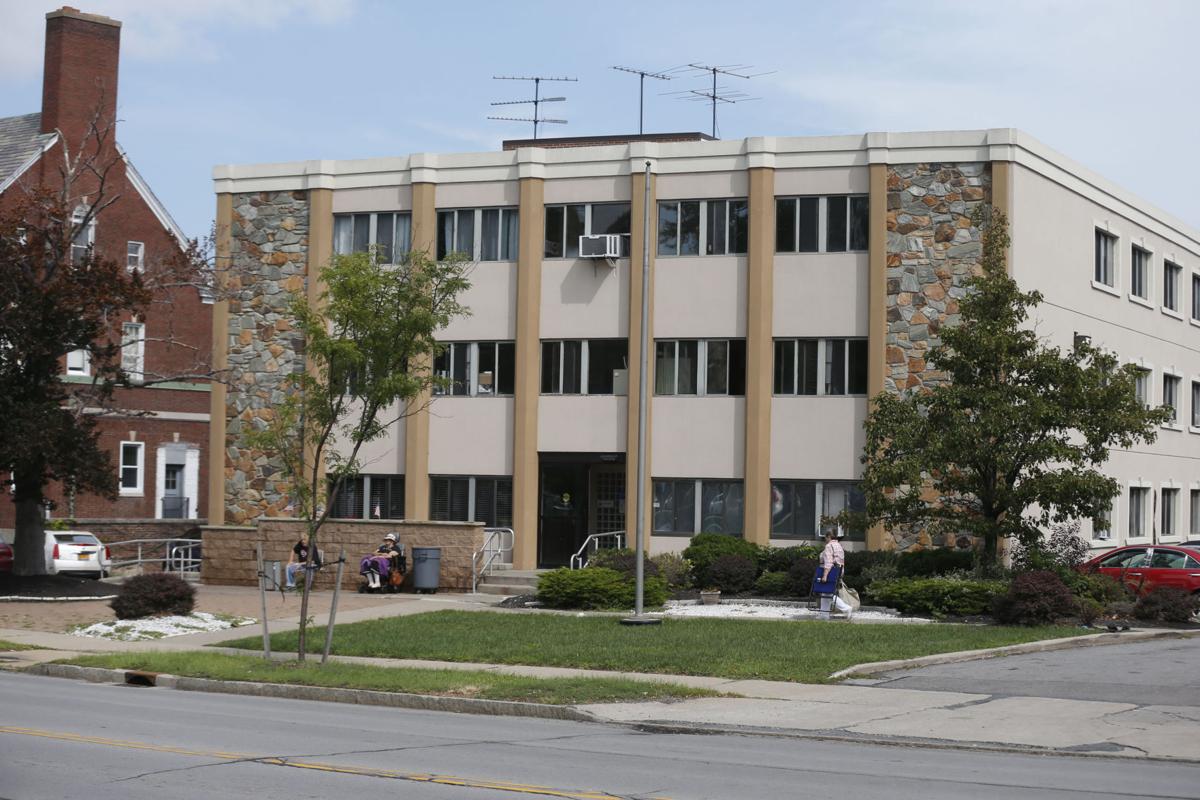 Emerald South Nursing and Rehabilitation Center on Delaware Avenue has boarded up its doors after transferring the last of its residents to other facilities in the city. (News file photo) 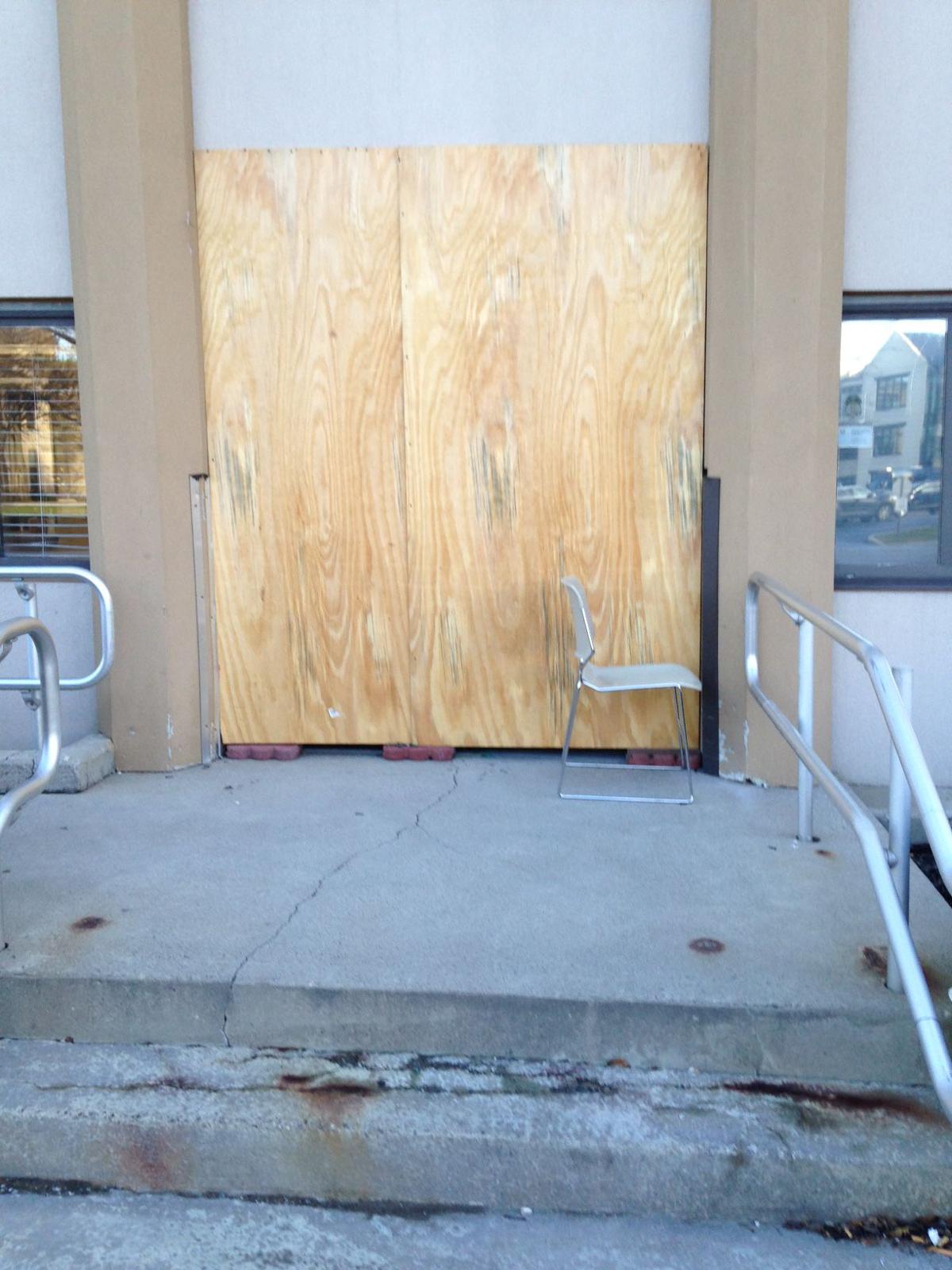 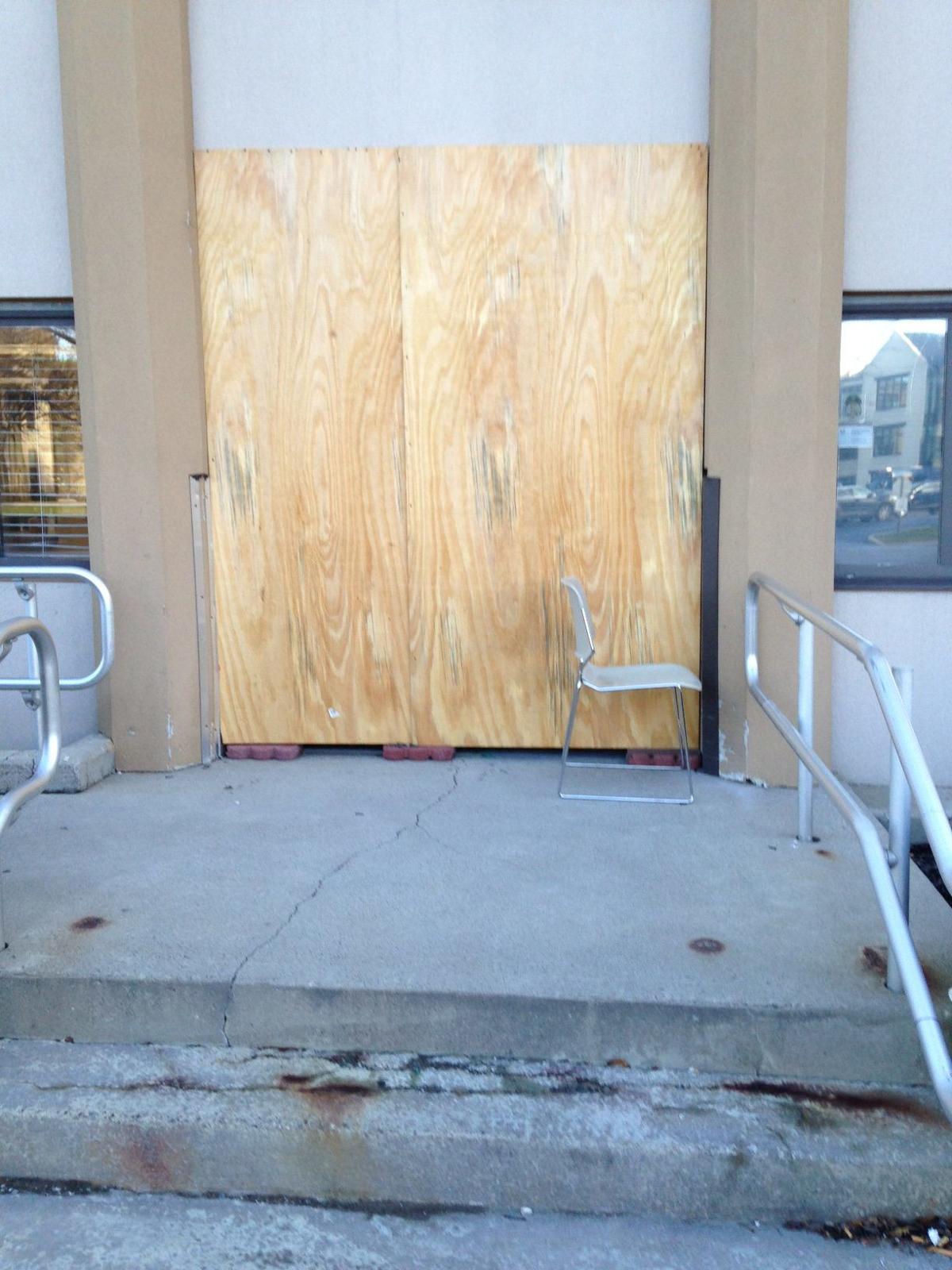 The front entrance of Emerald South at 1175 Delaware Ave. is boarded up.

A troubled Delaware Avenue nursing home has boarded up its doors after transferring the last of its residents to other facilities in the city, according to the facility’s state-appointed receiver.

The closing of Emerald South Nursing and Rehabilitation Center on Wednesday came four weeks earlier than the projected Jan. 31 closing, according to an official with Grand Healthcare Systems, which took over operations as receiver of Emerald South and its nearby companion facility.

Jeffrey Hammond, a Health Department spokesman, said "all residents have been placed in other facilities providing the appropriate levels of care" following a state-approved closure plan.

Advocates of nursing home residents say closings are rare. A move, they said, can be stressful on residents, whose health is already compromised.

"The decision to close a nursing home  is one that is not taken lightly. In determining a closure, benefits and risks are evaluated by the Health Department and one such risk is the issue of transfer trauma for residents," said Lindsay Heckler, a staff attorney at the Center for Elder Law & Justice in Buffalo.

Grand Healthcare in November said it would close Emerald South, which had been designated a Special Focus Facility by the federal government because of unsafe conditions. An 87-year-old man, William Strasner, fell to his death June 4 at Emerald South while trying to escape out a third-floor window, and two years ago another resident, Ruth Murray, was beaten to death in the third-floor dementia unit.

"Poor quality care in our nursing homes should not be tolerated and there is no excuse for operators to continue to run facilities with repeat deficiencies stemming from substandard care as seen in Emerald South," Heckler said.

Approximately 35 of the facility’s 64 residents were transferred to Emerald North Nursing and Rehabilitation Center, a few doors away at 1205 Delaware Ave., Lawrence said.

“There were residents who chose to go elsewhere and in virtually all of those cases they were placed in facilities that were either their first or second choice,” he said.

Lawrence said moving the residents to other homes was a major challenge, noting Emerald South was considered a nursing home of "last resort" because it served "a  challenging population.”

“We walked in on Oct. 29 and in two months we closed the facility,” Lawrence said. “The work was done collectively with the Health Department, public officials, the Ombudsman program, and the union.”

One of Emerald South's residents transferred to Emerald North was Janine Ziomek-Witek.

“At this point, they are working on getting both the residents and staff from Emerald South to blend in at Emerald North,” said Ziomek-Witek, who was critical of the conditions at Emerald South. “I’d say fifty-fifty on the effort. They are slowly doing it.”

Approximately half of Emerald South’s 90 workers, represented by Local 1199 of the Service Employees International Union, are now working at the 95-bed Emerald North, said Lawrence, adding that some former workers accepted jobs at other area nursing homes.

“I will say that the receiver has fulfilled his end of the bargain in placing as many workers as they could at Emerald North,” said Peter De Jesus, an administrative organizer for 1199.

The 122-bed Emerald South at 1175 Delaware came under close scrutiny last summer when it was designated a “Special Focus Facility” by the federal government. The action was taken after Strasner fell to his death.

Emerald South’s building and land are owned by a separate company associated with Benjamin Landa, the husband of Judy Landa.

Lawrence said he does not know what Landa’s company intends to do with the property. A Landa spokesman also said he is unaware of what will become of the real estate.

Grand Healthcare, a for-profit New York City company, bought the Emerald North building and land in a $3.5 million deal that included the operating licenses for that facility and Emerald South. The company has up to 18 months to serve in its role as receiver, but plans to seek state approval to become the operator of Emerald North.

“We were given a lump of clay and we are going to make it into a piece of art,” Lawrence said of Emerald North. “We have to start with a great staff and providing great care.”

Grand Healthcare recently renamed Emerald North the Buffalo Community Healthcare Center. Under the federal government’s five-star rating system of nursing homes, the facility has the lowest overall ranking, one star, “much below average.”

Grand Healthcare owns 14 nursing homes across the state, including a facility in Batavia.

The tragedy of Ruth Murray's death galvanized Erie County lawmakers to pass "Ruthie's Law" in 2017 to protect other nursing home residents. But not everyone remembers her name.

Emerald South Nursing and Rehabilitation Center on Delaware Avenue has boarded up its doors after transferring the last of its residents to other facilities in the city. (News file photo)

The front entrance of Emerald South at 1175 Delaware Ave. is boarded up.