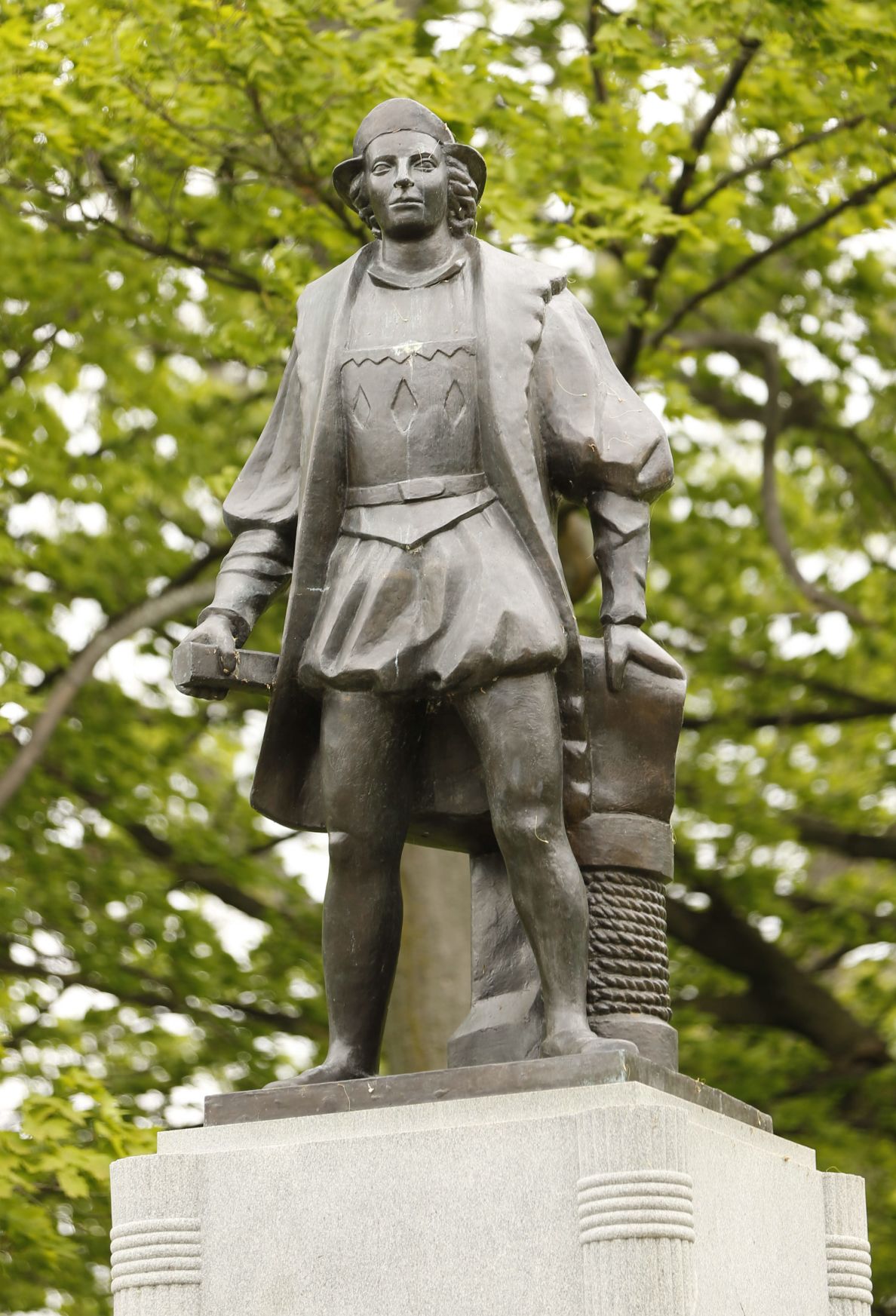 A statue of Christopher Columbus in Columbus Park in Buffalo on May 19, 2015. (Derek Gee/Buffalo News/File photo) 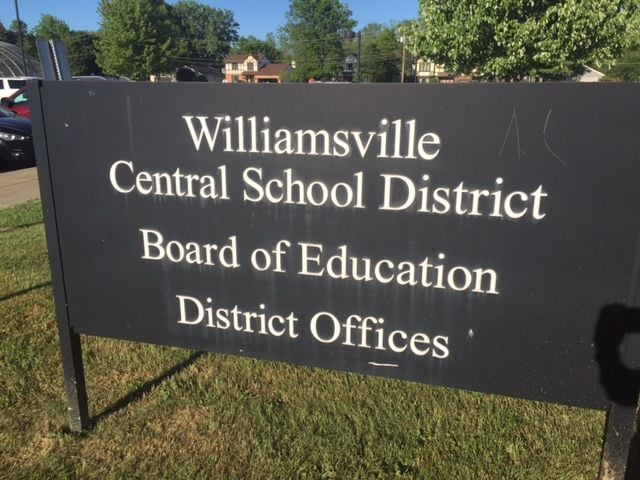 A public forum will be held on May 3. (News file photo)

The largest suburban district in Western New York, with about 10,000 students, would follow several smaller districts and communities in designating the day to recognize the history and culture of Native Americans.

Board President Toni Vazquez made the suggestion at the end of Tuesday's meeting, and the board will discuss it at its next meeting, Dec. 13. She said she had seen a presentation put together by students at Niagara Wheatfield School District, which this year changed the holiday known as Columbus Day to Indigenous Peoples Day.

"I also think it would be a good idea," she said.

In Niagara Wheatfield, 7 percent of the student body is Native American. In Williamsville, the number of native students is a sliver of the enrollment, and stood at 29 students in the 2014-15 school year, according to the state figures.  The Town of Newstead, Village of Akron and Town of Lewiston declared Indigenous Peoples Day last year.

Board Member Teresa Anne Leatherbarrow said she supports the idea, but said there needs to be education about the issue. She said she had a conversation recently with a family member who wanted to know why there is not the emphasis on the Nina, Pinta and Santa Maria – the ships that Christopher Columbus sailed – there once was.

"Don’t you know about Christopher Columbus, don’t you know the atrocities?" she replied. "There’s a lot of people who don’t know. I think it is an education issue that needs to be shared. It can be part of this discussion."

Board members unanimously agreed to talk about the proposal at their next meeting, although several suggested starting the conversation then, but taking more time to involve parents, students and members of the community in the discussion.

"We certainly would want community and stakeholder involvement. Maybe we can put some sort of plan together at the next meeting and see where we want to go with it," Board Member Ronald S. Shubert said.

In some districts, as many as one-third of students are expected not to return to the classroom.

'He punted': After Cuomo's OK, questions remain about school in the fall

"I think all the things he is asking districts to do really forces our hand, most of us, into a remote start," said Joe Cantafio, president of the West Seneca Teachers Association.

A new group representing Canisius alumni is calling on the faculty and president to work together.

To achieve social distancing, districts plan to have half the students in school at a time, leaving families to find safe childcare for days their kids are not in school.

State reopening guidance does not require schools to perform tests for the coronavirus, but suggests they coordinate with local health departments.

They came here as refugees. They leave high school as valedictorian and salutatorian

They came here as refugees. They leave high school as valedictorian and salutatorian

A statue of Christopher Columbus in Columbus Park in Buffalo on May 19, 2015. (Derek Gee/Buffalo News/File photo)

A public forum will be held on May 3. (News file photo)