The University at Buffalo’s School of Engineering and Applied Sciences is New York’s oldest and largest public engineering school, and it’s setting records that reflect the demand for engineers in the state and national workforce.

The school’s enrollment has gone from 4,500 to 7,400 students and climbing in the last 10 years. It currently has 40,000-plus alumni around the world, 15,000 of them in New York State. It’s attracting millions more dollars in federal and corporate research grants every year. And it’s increasing its faculty from 250 to more than 270 this fall.

UB officials shared the school’s progress Friday at an event to celebrate its next important sign of growth, a new five-story, 120,000-square-foot engineering building to occupy space at SEAS’ North Campus home that’s currently part of the Furnas parking lot near Jarvis, Furnas and Davis halls in Amherst.

Gov. Kathy Hochul announced state funding for the $102 million building in her State of the State address in January, and UB has since settled on the size and location, said SEAS Dean Kemper Lewis.

“The initial phase was funding and where we will put the building, and now we will be putting the broad concept out to bid for a detailed architectural design,” he said.

At Friday’s event, attended by several state officials, legislators and SUNY trustees, Lewis and UB President Satish K. Tripathi detailed why the project is so important to UB, the region and the state.

Projections indicate that jobs requiring science, technology, engineering and math skills (STEM) will increase 50% faster than all other jobs in the U.S. in the next decade, Lewis said. At the same time, the New York State Labor Department projects that engineering and computer science jobs in New York will outpace the national rate by about 25%.

Tripathi said that as applications to the engineering school began increasing along with workforce demand for engineering professionals, a new building became one of his top priorities. Others include UB becoming a top 25 public research university and meeting Hochul’s challenge to achieve $1 billion a year in research funding by 2030.

Tripathi noted that Hochul also has designated UB as one of two SUNY “flagship universities,” along with SUNY Stonybrook, which also will receive state funding for a new $100 million engineering building.

Lewis has described his vision for the new building as a hub that will expand the school’s ability to provide experiential learning opportunities for students to apply what they glean from class.

He asked a recent graduate, Imani Muhammad-Graham, to share his views on the new building, which is expected to open in 2025.

Muhammad-Graham just obtained his bachelor’s degree in computer science and has decided to stay at UB to pursue a master’s in electrical engineering.

He said studying computer science at UB “has challenged and inspired me in more ways than I thought possible. From learning about concepts and history to applying this knowledge to real-life problems, the classroom has taught me much.”

But he said some of the biggest lessons came outside of class, “whether tinkering in clubs like the National Society of Black Engineers in Baldy Hall, participating in hackathons at Davis Hall, watching competitions like UB Battlebots in the Student Union or attacking projects with classmates (in the library) at Capen."

"That’s where we get to practice being engineers," he added.

The new building will be largely devoted to “maker and hacker” spaces where students can develop the new engineering innovations and research projects of the future, Lewis said.

State Sen. Tim Kennedy, D-Buffalo, said the new building will give SEAS “a facility that matches the level of engineering education that UB already produces” and joked that UB is “the flagship,” not just “a flagship” university.

“I look forward to cutting the ribbon on the new building when it becomes a reality,” he said.

The BREEZE research team led by professor Javid Bayandor received an initial Phase I grant of $125,000 from NIAC in 2019 and just won $600,000 in Phase II funding to continue developing a flyer that can steer through a layer of Venus’ corrosive atmosphere that may hold significant data but won’t destroy the exploration vehicle.

Yubie the robot dog was recently acquired by UB’s Jacobs School of Engineering and Applied Sciences as a research platform to explore new frontiers in robotics, computer science, artificial intelligence and other high-tech fields.

Inside the push to turn UB into a startup stronghold

Rick Gardner is helping UB pave the way for entrepreneurs with a program dubbed the Cultivator, a nursery for sprouting startups and channeling the university's research and talent as a force for new growth across the Buffalo Niagara region.

UB will receive $68 million of budgeted state funding to build a $102 million engineering hub on the university’s North Campus. Now the ball is in UB’s court to raise the other $34 million for the project.

“The business climate for tech is strong here,” Senate Majority Leader Charles E. Schumer said. “If you locate a tech business in New York City of San Francisco, in six months someone will steal your employees. Here, we have a reputation for people staying with their employers.” 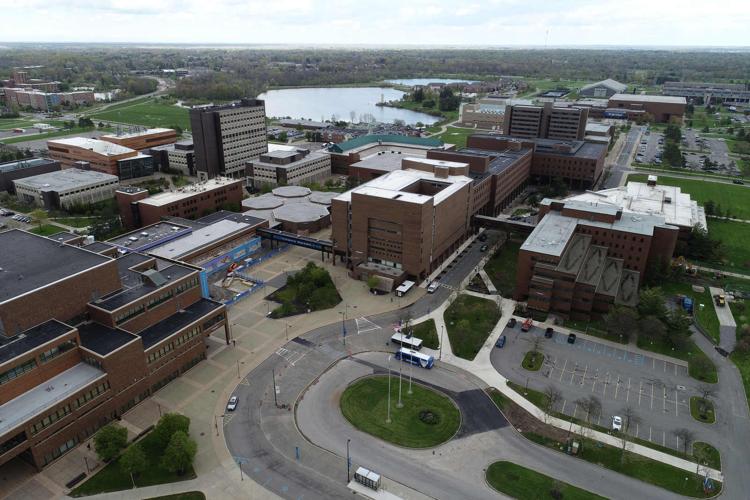 A new engineering building will be constructed on the North Campus of the University at Buffalo. 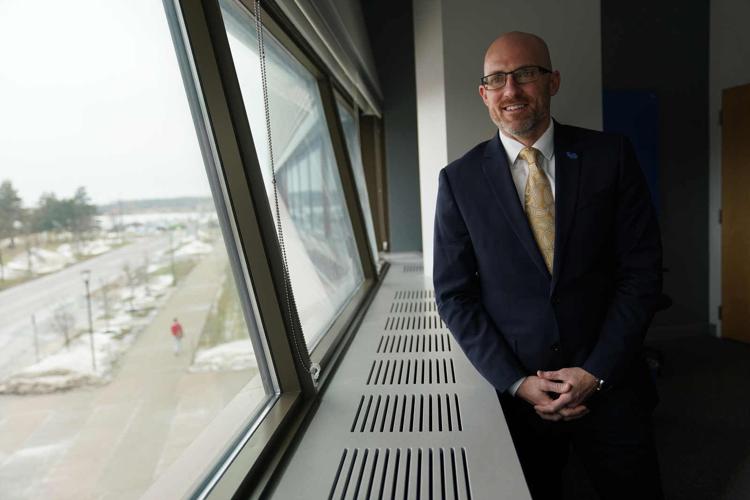 Kemper Lewis, dean of the School of Engineering and Applied Sciences at UB, in his office in Davis Hall. 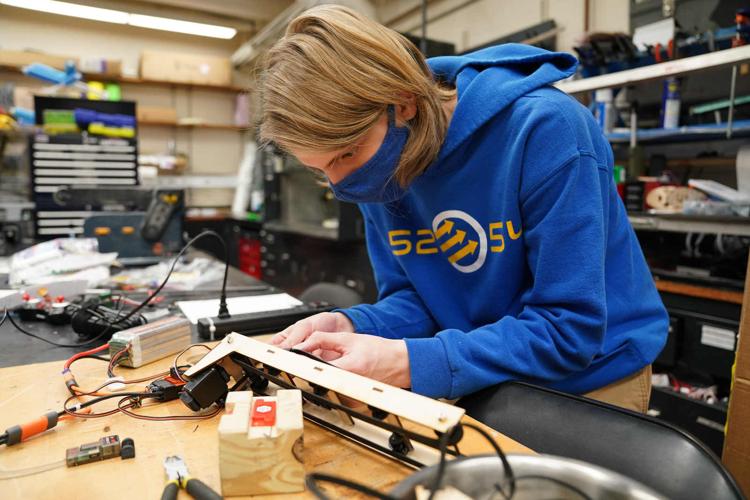 Sophomore Sam Nelson works on his project for the Design, Build, Fly Club in a lab space in Furnas Hall. 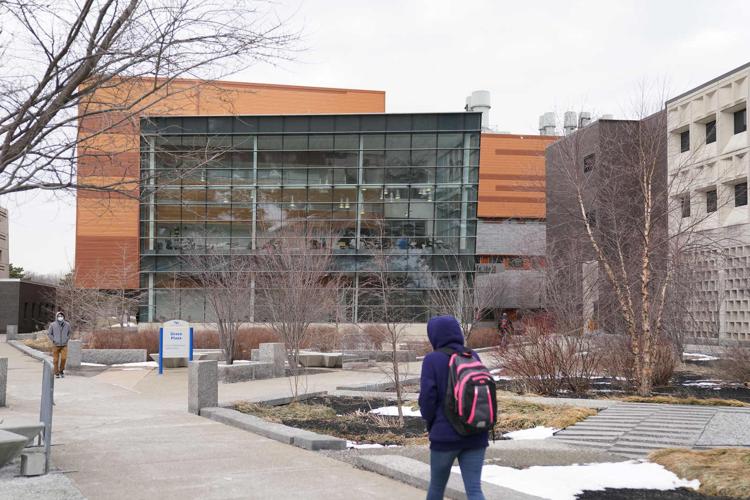