State Sens. Ed Rath and Sean Ryan have agreed to a debate set to take place six days before next month's general election.

St. Joseph's Collegiate Institute in the Town of Tonawanda will host the pair on Nov. 2 in their annual political debate.

"This is a unique race, with two incumbents, and our students are working hard to prepare questions relevant to voters in the 61st district and the entire WNY community," St. Joe's President Christopher M. Fulco said in a statement Friday. "This debate is a long-standing tradition at St. Joe's, a wonderful learning experience for our students and a terrific opportunity for candidates to share their visions and platforms with their constituents."

It is open to the media, not to the public, but it will be livestreamed on the school's Facebook page and YouTube channel. Students from St. Joe's Equity and Diversity Club and its AP government class will moderate the debate.

The veteran lawmakers were thrown together in the new 61st Senate district after district lines were redrawn earlier this year.

Rath, an Amherst Republican, represents the current version of the 61st, which now stretches from northeastern Erie County across Genesee County to a portion of Monroe County.

Ryan, a Buffalo Democrat, represents the 60th district, which covers part of Buffalo, the City and Town of Tonawanda, and the towns of Brant, Evans, Grand Island, Hamburg and Orchard Park.

Reapportionment, required once a decade, led to new district boundaries that thrust the lawmakers into the same race.

The reshaped 61st Senate district still includes the Town of Amherst, represented by Rath now, but also takes in a large swath of Ryan's 60th district: a chunk of Buffalo, the Tonawandas and Grand Island.

For example, residents of the newly drawn 61st district went for Joe Biden over Donald Trump in the 2020 presidential election by 63% to 37%, according to data from the New York Times tabulated by The Graduate Center at CUNY and the Center for Urban Research for their Redistricting & You collaboration.

This year, the high school had invited Gov. Kathy Hochul and GOP opponent Lee Zeldin to debate but the gubernatorial candidates did not accept.

Instead, the school will host a debate between two sitting state senators.

"Senator Ryan is excited to be out on the campaign trail meeting and speaking with voters and telling them why he fights for what's right for Western New York," Alex Elmasri, Ryan's campaign spokesman, said in an email. "He looks forward to speaking with students at St. Joe's and the voters of the 61st district about what is at stake in this election from gun safety to reproductive rights."

The Rath campaign didn't immediately respond to a request for comment Friday.

Correction: An earlier version of this article incorrectly stated how much money Rath had in his campaign account as of Oct. 7.

2022 Election coverage: Your guide to the races affecting WNY

Check below to read all of The Buffalo News' coverage on the bevy of local, state and national races affecting Western New York.

The Editorial Board: Sean Ryan for the State Senate

Residents of the 61st District have to choose between two incumbents: Democrat Sean Ryan, who now represents the 60th District, and Republican…

Republican Edward A. Rath III is taking on Democrat Sean M. Ryan in the redrawn 61st Senate District that reaches from Grand Island east to Amherst.

State Sens. Edward A. Rath III, an Amherst Republican, and Sean M. Ryan, a Buffalo Democrat, both support the agreement to spend $850 million …

State Sen. Sean M. Ryan, D-Buffalo, has prevailed in the Democratic primary for the newly drawn 61st District, handily beating back a challeng…

In Democratic race between Ryan and Carlisle in 61st Senate District, bail reform is key issue

Benjamin S. Carlisle, 41, an attorney who picked up 219 write-in votes when he ran against Mayor Byron Brown and India Walton for mayor last y…

"I am absolutely moving forward with running for re-election," Rath said, lamenting what he called the loss of a Western New York district to …

A State Supreme Court justice early Saturday morning approved final maps tweaked by a "special master" over the past few days, and it now seem…

State of the Union address: Biden touts US eco­nom­ic progress

State of the Union address: Biden touts US eco­nom­ic progress 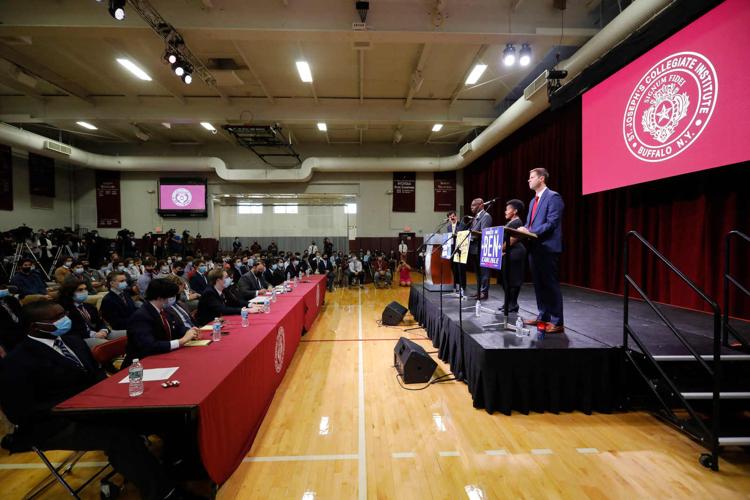 Buffalo Mayor Byron Brown, who mounted a successful write-in candidacy; Democratic candidate India Walton; and write-in candidate Ben Carlisle participate in a debate at St. Joseph's Collegiate Institute in 2021. The school will host State Sens. Ed Rath and Sean Ryan, running against each other in the newly redrawn 61st Senate seat, in a debate on Nov. 2. 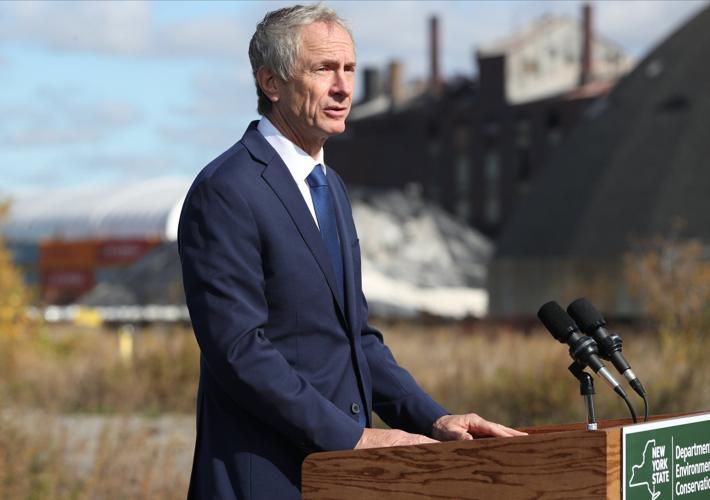 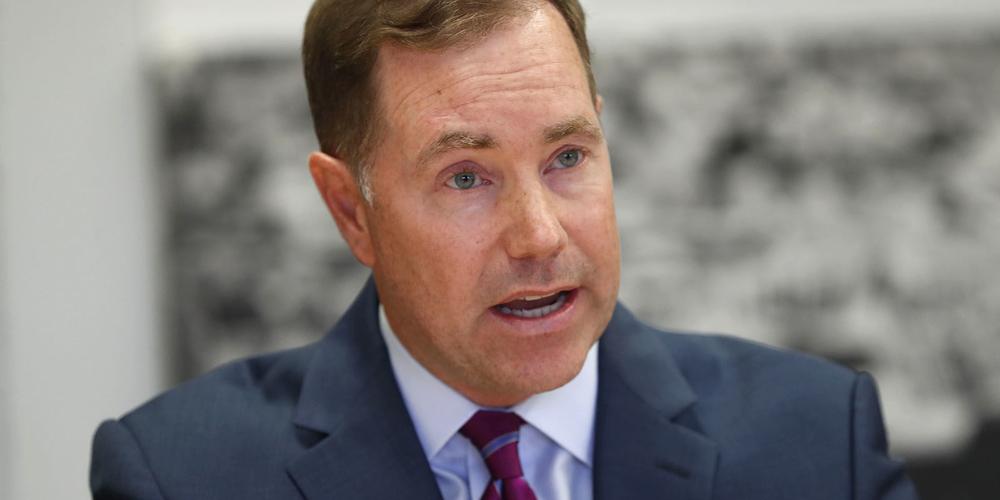