Buffalo Public Schools Superintendent Tonja Williams said the stabbing at School 355 on Sept. 13 keeps her awake at night. The violence, which left a 17-year-old hospitalized with a partially collapsed lung and lacerations, comes roughly seven months after a stabbing and shooting outside McKinley High School in the finals days of Kriner Cash's tenure.

And it has renewed her goal to do more to ensure student safety, starting at the entrance to every building.

Williams wants walk-through metal detectors installed in every district high school by the end of the school year, a move that she said will more thoroughly examine students but also will be more efficient and less time-consuming than the current practice of using a wand to check for weapons or other contraband. She also wants more short-term security improvements at high schools, such as wanding and backpack checks for every student. Security personnel will now wand under students' feet, something that was not done before.

Williams also is reviewing applicants for the new chief of security she announced at her State of the Schools. She said it's a position that requires extensive experience in law enforcement, as well as how that approach can be tailored to fit the climate of schools. An understanding of community dangers and how those dangers may spread into schools, was another focal point for Williams.

"Certainly when it comes to security, I believe what we need in our district is a czar, an expert who comes with a different lens, a lens to knowing or understanding safety from a law enforcement standpoint," Williams said.

Teen in custody, another in serious condition after stabbing at Buffalo culinary school

The stabbing took place at about noon at the school located at 75 W. Huron St.

But even those added security measures might not have been enough to prevent the violence that occurred at School 355.

The 16-year-old suspect, who an administrator confirmed is a student at virtual program Pathways Academy that shares the building at 75 W. Huron St. with School 355 and School 42, the Occupational Training Center, was charged with stabbing a 17-year-old student in the girls bathroom of School 355. The suspect is alleged to have brought two steak knives to school, according to police reports.

Parents of students at School 355 expressed concern with security before and after the incident.

Beatrice Vargas, whose daughter Malasia is in 11th grade at School 355, visited the school with her husband Sept. 13 to celebrate her daughter's birthday at lunch. She said the security guard on duty at the time was distracted or absent while they were there, and she saw him tell students who came through that "he trusted them" and did not wand them. Vargas remembers telling her husband: "And they wonder why incidents happen at school." The stabbing occurred about an hour later.

Vargas still has questions, too: "Why did it happen?" and "How did the knife get in?"

Buffalo Public School officials will not comment on the specifics of the incident, including what security measures were in place that day, deferring to the police investigation and court proceedings.

Janate Ingram, who spoke at the most recent School Board meeting, said she was concerned about inconsistent security checks and lack of awareness that students with potential behavior risks from a different school occupied the same building as her son Christopher, an 11th grader at School 355.

The fight over a contract for Buffalo teachers is heating up

For more than three years, the union that represents Buffalo public school teachers and the Buffalo School Board have been unable to agree on the terms of a new contract. The stress is beginning to show.

Ingram said she believes safety can be improved internally through improved relationships among students, teachers and parents. She did not think parents should continue to be excluded from the classroom as they were the last few years due to Covid-19 precautions. She also urged the hiring of more Black mental health counselors to "better relate" to students of color. She recommended including students, who are better at recognizing threats, in safety discussions.

Williams did not discount the relational element to safety.

"We need trust between students and adults – signs are there before they happen," Williams said regarding the need to report the potential for violence.

At the board meeting, Williams said parents are allowed to enter high schools if they make an appointment in advance, announce themselves at the door, pass through a security check, report directly to the main office and sign in. The protocol is strict for a reason, she said, referring to an incident on the first day of school in which she said 4-year-olds had to watch as parents rushed past them, trying to fight a student.

Both parents had positive remarks about School 355's response, too. Vargas commended Kathleen Schuta, the principal at School 355, for how she has handled an incident by an outside student that brought unwanted attention to her school. Ingram noted security had been heightened significantly in the days following the incident.

But there's more to do than more thorough wanding and introducing new equipment, the parents said.

"Did we learn anything from McKinley?" Ingram asked.

While suspensions have gone down slightly since 2015, according to BPS data, there still are a disproportionate number of Black, multiracial and Native American students suspended, compared to white students.

Safety measures added after McKinley High fights; BPS says 'students are not out of control'

An Erie County judge on Friday refused to dismiss the charges against a teen accused of participating in the stabbing and beating of a 14-year-old boy outside McKinley High School in February.

Buffalo School Board accepts CFO's resignation, keeps him as a consultant

The Buffalo Board of Education approved the resignation of the school district's chief financial officer at a special meeting Monday, but arranged to keep him available temporarily as a consultant.

All but one School Board member approved the motion, with an overwhelming sentiment that an outside-the-box solution must be attempted with some urgency. 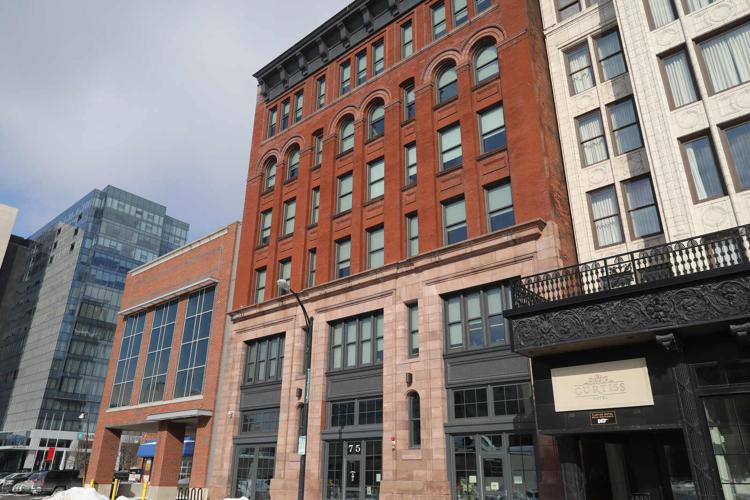 School 355 at 75 W. Huron St. was the site of a stabbing incident on Sept. 13. Buffalo Public Schools have vowed to beef up security, while parents of students at the school shared greater concerns. 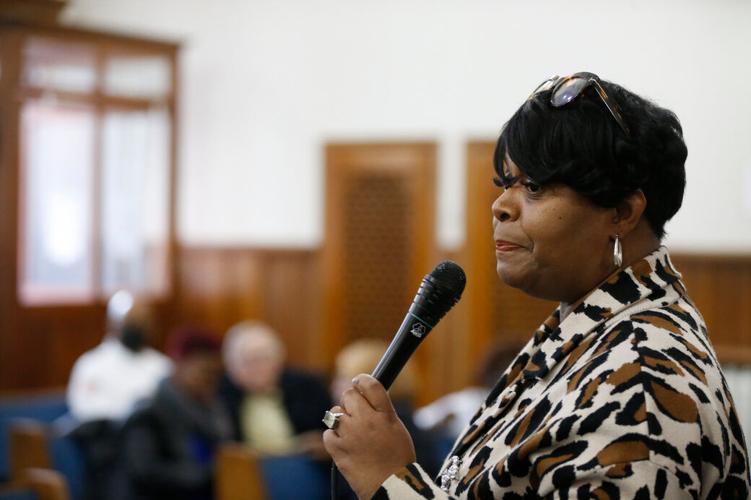 Tonja Williams, superintendent of Buffalo Public Schools, said every high school in the district will have a walkthrough metal detector by the end of the year, if supply issues cooperate.