How much do teachers make in your district?
0 comments
Share this
Support this work for $1 a month
1 of 2 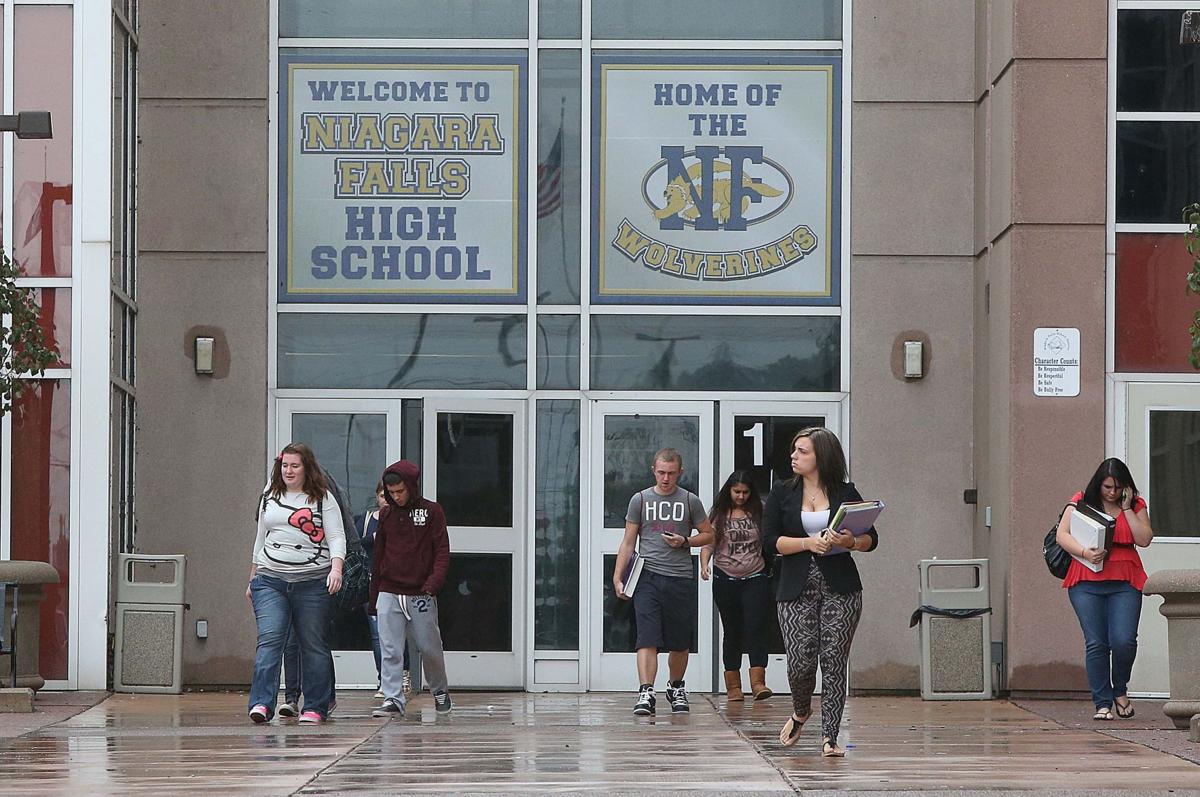 Teachers in the Niagara Falls School District have the highest median salary in the area. (Robert Kirkham/News file photo) 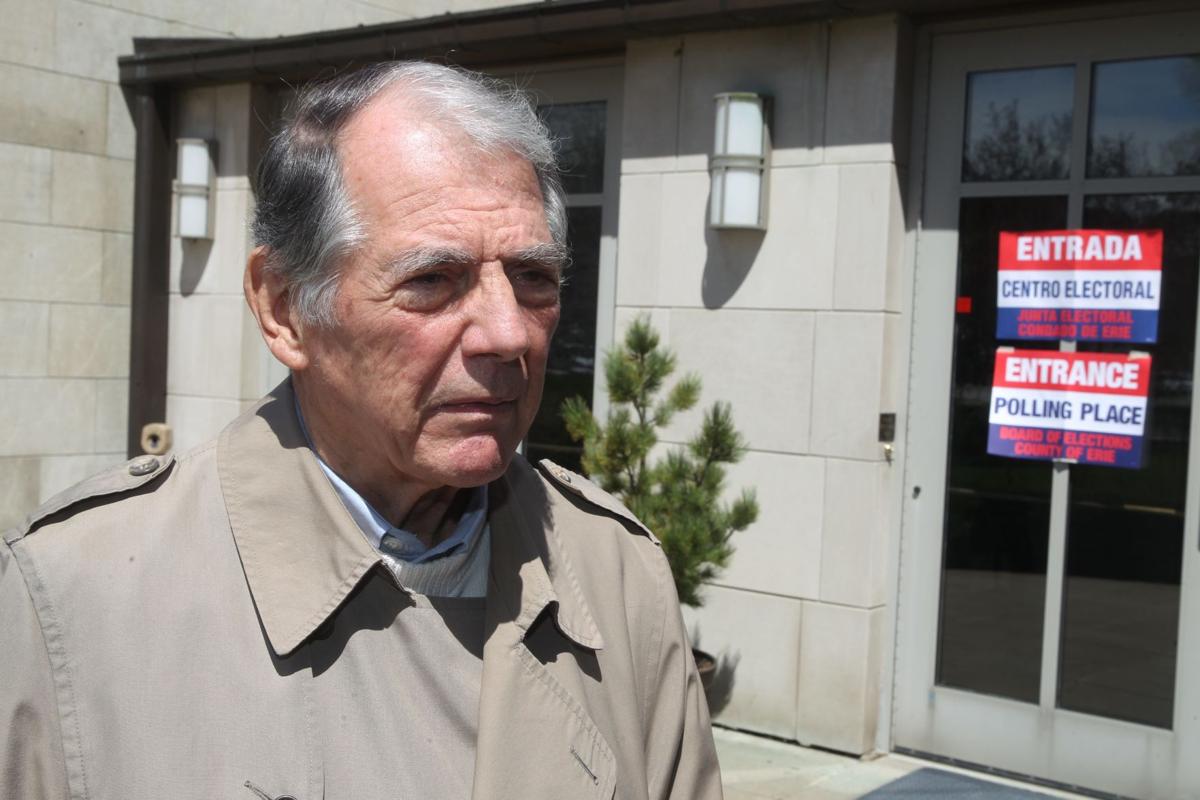 The median salary for teachers in Erie and Niagara counties was more than $73,000 last year, a new analysis shows.

But salaries varied widely from one school district to the next and teachers in the region’s wealthiest communities don't necessarily earn the most money.

The median salary for teachers in Niagara Falls topped $93,000, which was the highest among the 37 school districts across the Buffalo Niagara region. That’s according to state data from the 2017-18 school year compiled by the Rockefeller Institute of Government, an Albany-based think tank.

“It’s not surprising because of the veteran staff we have,” said Mark Laurrie, superintendent for the Niagara Falls City School District.

West Seneca was not far behind with a median teacher salary of more than $91,000, followed by Lackawanna, Sweet Home and the Kenmore-Town of Tonawanda school districts – all of which had median salaries of more than $84,000.

Clarence and Williamsville were in the top third of median salaries. Lewiston-Porter, Frontier, Eden, Orchard Park and Hamburg fell in the middle of the pack. East Aurora, Amherst, Iroquois and Buffalo were among the bottom third.

Despite the differences, the researchers found teachers both here and across New York are compensated better or comparable to other workers from the region with bachelor’s or graduate degrees.

“Overall,” said Jim Malatras, director of the Rockefeller Institute, “salaries among teachers are doing quite well compared to those similar degree holders."

In Niagara Falls, teachers receive “quite a large jump” in salary after 17 years on the job, Laurrie explained, and more than 70 percent of the nearly 550 teachers in the district are at that stage of their careers.

“I don’t run from it,” Laurrie said of the salaries. “I think teachers in the poorer districts should get paid more.”

The Rockefeller Institute, the public policy research arm of the State University of New York, has been taking a closer look at teacher pay because it has become such a politically charged issue across the United States, Malatras said.

Teacher strikes have cropped up around the nation, in part over compensation, while teacher pay is already a topic in the 2020 presidential campaign. Presidential candidate and California Sen. Kamala Harris has proposed a raise – $13,500 – for public school teachers across the country.

The institute hopes its analysis can provide more context to the conversation not only by showing how much teachers are paid where, but how salaries relate to potential teacher shortages and student performance.

For critics, it feels more like a criticism of teachers and their salaries.

“I actually come at it from a different way,” Malatras said. “It’s something to be proud of that the state has put so much investment into education.”

“But how do you maximize achievement in this environment where you are investing so much?” said Malatras, noting per pupil spending in New York is way above the national average. “How do you take it to the next level to ensure investment is wisely spent?”

Analysis by the Rockefeller Institute showed that teachers in New York State, on average, earned $79,588 in 2017. That’s the highest in the nation. South Dakota, on average, had the lowest teacher salary – $42,450.

Spending on education in New York State remains high compared with other states. U.S. Census data show New York State spends more per pupil than any other state, a figure driven, in part, by teacher compensation, including salaries, benefits and pension contributions.

Like the Buffalo region, teacher salaries varied among the 668 school districts around the state, the research found. In Long Island, where the cost of living is higher, the median was more than $111,000 – nearly double the median salaries of teachers in the Finger Lakes region, the analysis showed.

In Niagara Falls, for example, Laurrie said the jump in salary at step 17 serves as sort of an incentive for those who stick with the urban district.

On the flip side, Laurrie noted the school district has a residency requirement. Unless teachers were hired before 1993, they must live in the city, he said.

“I believe in that residency policy and we enforce it,” Laurrie said.

The lowest median salary among the region’s teachers was more than $57,500 in Holland, followed by Cheektowaga, Cleveland Hill, Lancaster, North Collins and Buffalo.

In fact, teachers in Buffalo, where the median was nearly $65,000, have a contract that expires this month.

Meet one of Morocco's meteorite hunters

Meet one of Morocco's meteorite hunters

Judge rules in favor of Lancaster schools in mask case

Maria and Willard Hunter, whose children suffered asthma attacks in school June 7, were seeking a preliminary injunction requiring the district to allow them to go maskless without a physician's note.

Superintendent Benjamin Halsey posted a message on the district website two weeks ago that the "on-campus wearing of masks by students, staff and faculty at Pioneer School District will be optional as of June 7."

Randolph Academy Board of Education President Mary Myers said Danielle J. Cook is an ideal choice to lead and grow the district.

'Hard decisions need to be made': Amid financial woes, ECC to review three-campus system

From a stuffed bear to a cap and gown: 'It's just crazy how it all went so fast'

The Buffalo News 13 years ago followed the first year of elementary school through the eyes and experiences of 5-year-old Rachel Scharf at West Seneca West Elementary. Rachel just finished her last year at West Seneca West High School in the midst of the Covid-19 pandemic.

Though it was triggered by the influx of cash, this is an idea that should outlive the temporary windfall, Watson says.

The mask mandate is still in effect in schools. Some parents and administrators have had enough

Even though the end of the school year is near, and a return to something resembling normalcy is in sight, the battle over wearing masks has remained a flashpoint.

“Our main goal is just to find the right person for SUNY Erie, making sure we do our due diligence to do so, and also provide a stable, consistent leadership at the college,” the chairwoman of the ECC board said.

The Board of Education gave Cash high marks for his management of the district and relationship with both the School Board and the community.

Health Professions Hub expands D'Youville's role on the West Side

Teachers in the Niagara Falls School District have the highest median salary in the area. (Robert Kirkham/News file photo)