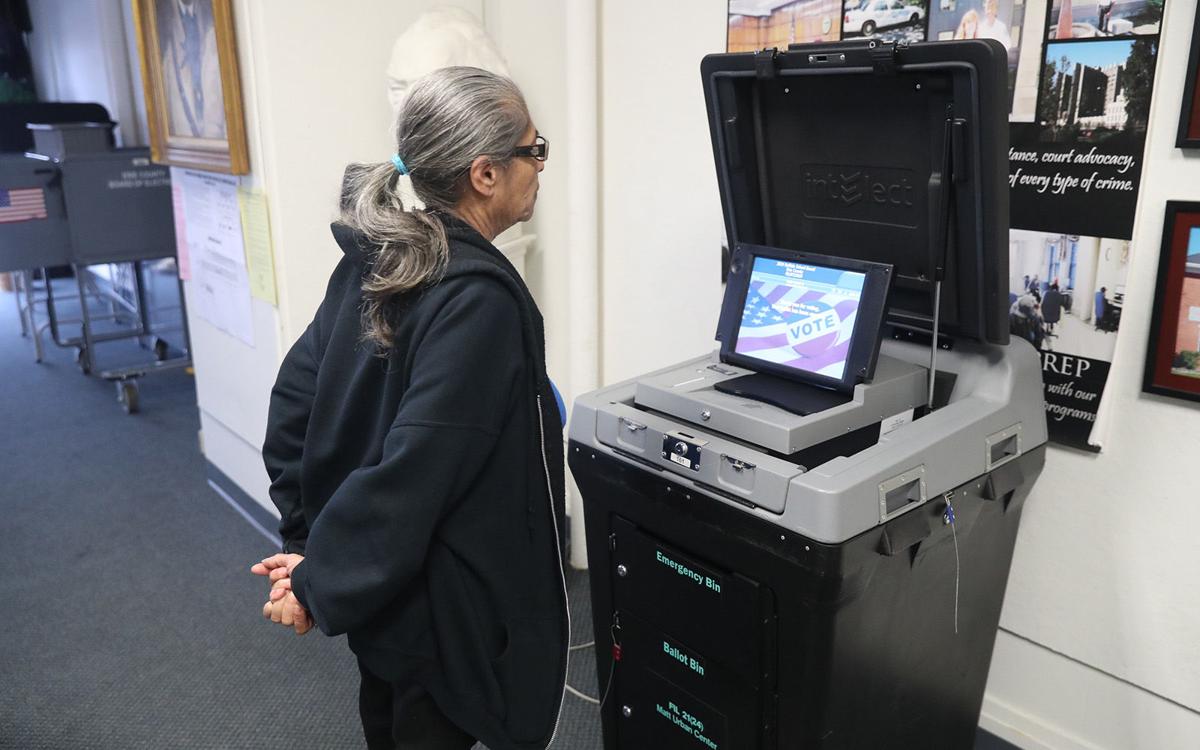 Only 7% of registered voters showed up for the Buffalo School Board election in May. By moving the date to November, the state may encourage greater turnout. (John Hickey/News file photo) 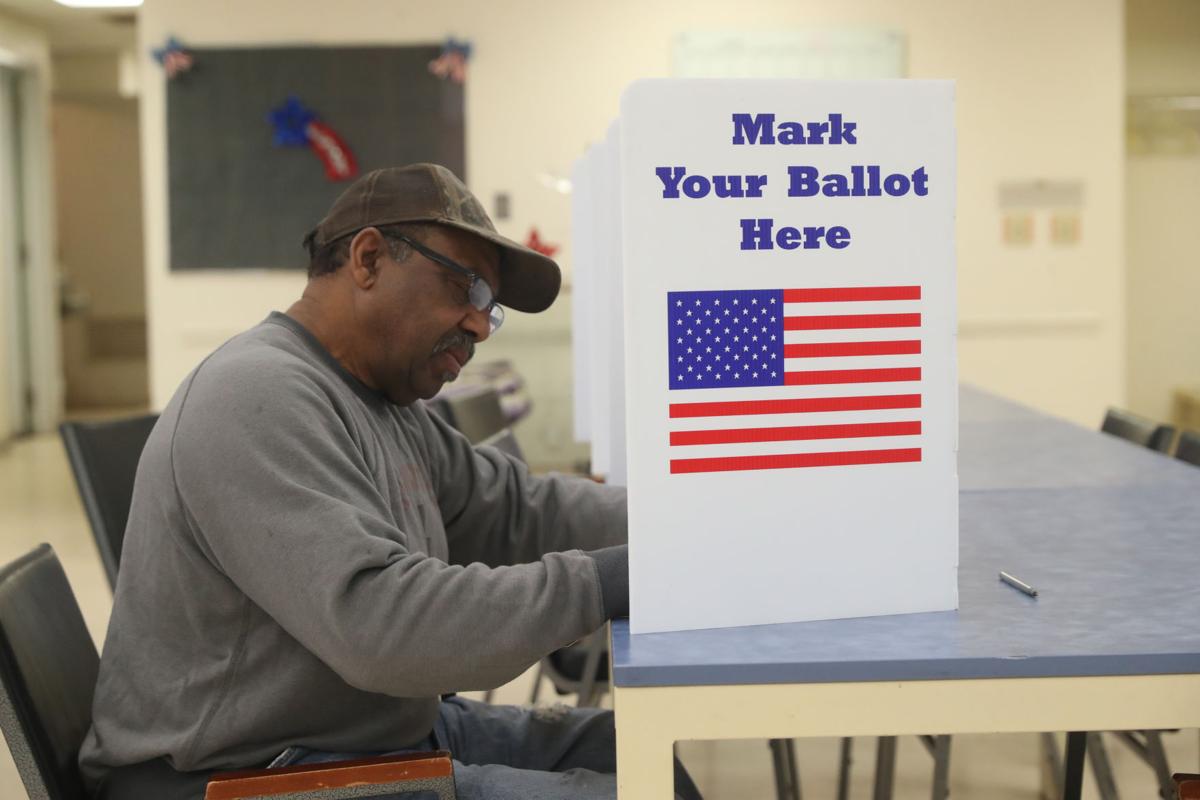 Four new faces will join five incumbents on the Buffalo Board of Education come July – capping an election Tuesday that saw all nine seats on the ballot for the first time in 15 years.

In the Park District, incumbent Louis Petrucci beat down a challenge from Austin Harig for a three-year term on the School Board representing South Buffalo, according to unofficial results from the Erie County Board of Elections.

In a battle of newcomers, Kathy Evans-Brown appeared to edge out Patricia A. Elliott for a three-year term on the board representing the East District.

And in a crowded field for three at-large seats Ann Rivera, Terrance L. Heard and Larry Scott won five-year terms to the board as the top three vote-getters Tuesday.

Among the victors Tuesday: the Buffalo Teachers Federation.

All of the winners received the endorsement of the BTF, which has long wielded its influence in School Board elections by mobilizing its members in support of the union’s endorsed candidates.

In the days leading up to the election, some candidates not endorsed by the BTF tried to highlight their independence from the union in hopes that no strings attached would resonate with voters.

But that was not enough to get people to the polls on a chilly Tuesday, when turnout was once again reported to be low – very low.

That’s often the case during Buffalo School Board elections when only one in 10 registered voters in Buffalo participates – and that’s in a good year.

Petrucci, 54, is assistant director for the City of Buffalo’s Department of Permits and Inspection Services. He was appointed to the Park District seat in 2018 to fill a vacancy, and previously served on the board from 2007 to 2013.

Evans-Brown, 64, is a project coordinator for the Buffalo Urban League. This is her first time running for elected office.

A big question of the night was who would the voters choose in the race for three at-large seats – involving eight candidates, all newcomers to the board.

They chose Rivera, 47, the top vote-getter, who is an associate English professor at Villa Maria College and chair of the district’s Special Education Parents Advisory Committee; Heard, 49, an assistant team leader at General Motors and former Buffalo teacher with a background as a probation and corrections officer; and Scott, 42, a school psychologist and co-chair of the Buffalo Parent-Teacher Organization.

This newly elected board will be more left of center than the previous board, Petrucci said, after his election victory.

“It will definitely be less conservative,” Petrucci said. “One of the challenges this board will face is budgetary. If they wish to expand programming and maintain present staffing levels, we still have budgetary constraints to deal with that.”

In February, 16 candidates jumped into what would be a big race with all nine seats on the ballot for the first time since 2004. But the election has proven to be a rather sleepy one compared to the past few, when there were more defined issues that created a battle for control of the board.

This year, for example, there was no revolt to force sweeping reforms in the Buffalo Public Schools, like during the election of 2014. There was no coup to overthrow the School Board majority, which occurred two years later. Nor was it a referendum on district leadership, as happened the last time all nine seats were on the ballot in 2004.

Four of the incumbents had no challengers, while other candidates acknowledged that activity along the campaign trail seemed below normal for a School Board election – particularly one that comes along once every 15 years.

A common sentiment was that signs of progress under Superintendent Kriner Cash have taken some of the edge off the usual election rhetoric over control of the board.

It remains to be seen, though, how these nine will gel as the latest edition of the Buffalo Board of Education, which has a history of acrimony.

There’s no shortage of issues ahead.

The contract with the Buffalo Teachers Federation expires at the end of the school year, and teachers are itching for a new one.

Cash, too, is nearing the end of his contract, which expires in 2020. He has provided stability and direction for the often-troubled school district, but will he stay or go?

Parents want better graduation rates and fewer out-of-school suspensions. The state demands funding be distributed more equitably to schools that need it most. Calls are growing for additional classroom support for students learning English as a new language, who now make up one out of every five kids in the district.

Meanwhile, the new board will have to quickly be brought up to speed on a $1.1 billion budget in a district of more than 33,000 kids, many of whom are poor and struggling academically, but whose success in school is key to Buffalo’s future.

It all starts July 1, when the new School Board is sworn in.

The unofficial vote tallies below are with 100% of the districts reporting.

* Designates a winner based on unofficial results available Tuesday night.

(i) Designates an incumbent

“What teachers are telling us is that the conditions are still unsafe in the schools,” said Philip Rumore, president of the teachers union.

The Buffalo Teachers Federation is once again voicing concerns about the safety of school buildings prior to an anticipated reopening on Feb. 1.

Gov. Cuomo said his budget proposal includes the worst-case scenario for future federal stimulus, and if the state gets more, it would appropriate more to schools.

Buffalo School Board agrees to phase in return to the classroom Feb. 1

The last local school district to keep its doors closed amid the Covid-19 pandemic is headed back to the classroom.

The school added the programs about four years ago, hoping to take advantage of increased interest in craft beer and the Niagara Wine Trail, but it didn't work out.

Buffalo School Board agrees to phase in return to the classroom Feb. 1

The last local school district to keep its doors closed amid the Covid-19 pandemic is headed back to the classroom.

Rethinking grades amid the pandemic: Back to the ABCs

When school reopened in September, educators sought to strike a balance between “no harm” grading policies and the need to hold students accountable for learning.

Parents looking for an alternative to the Buffalo Public Schools are going to have an easier time finding one.

Even with the testing, required masks and social distancing, teachers and students said this year, with all of its complications, is better than when schools shut their doors in March, or when they were fully remote.

Rethinking grades amid the pandemic: Back to the ABCs

When school reopened in September, educators sought to strike a balance between “no harm” grading policies and the need to hold students accountable for learning.

Only 7% of registered voters showed up for the Buffalo School Board election in May. By moving the date to November, the state may encourage greater turnout. (John Hickey/News file photo)