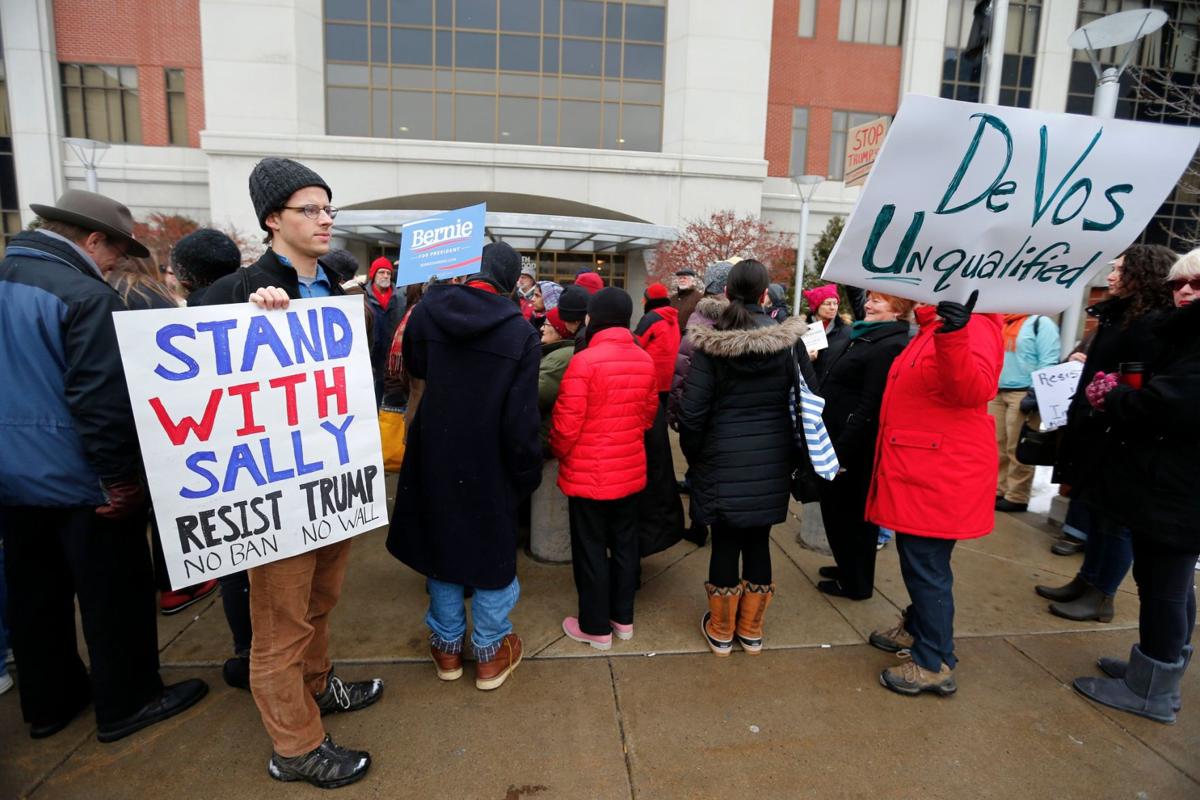 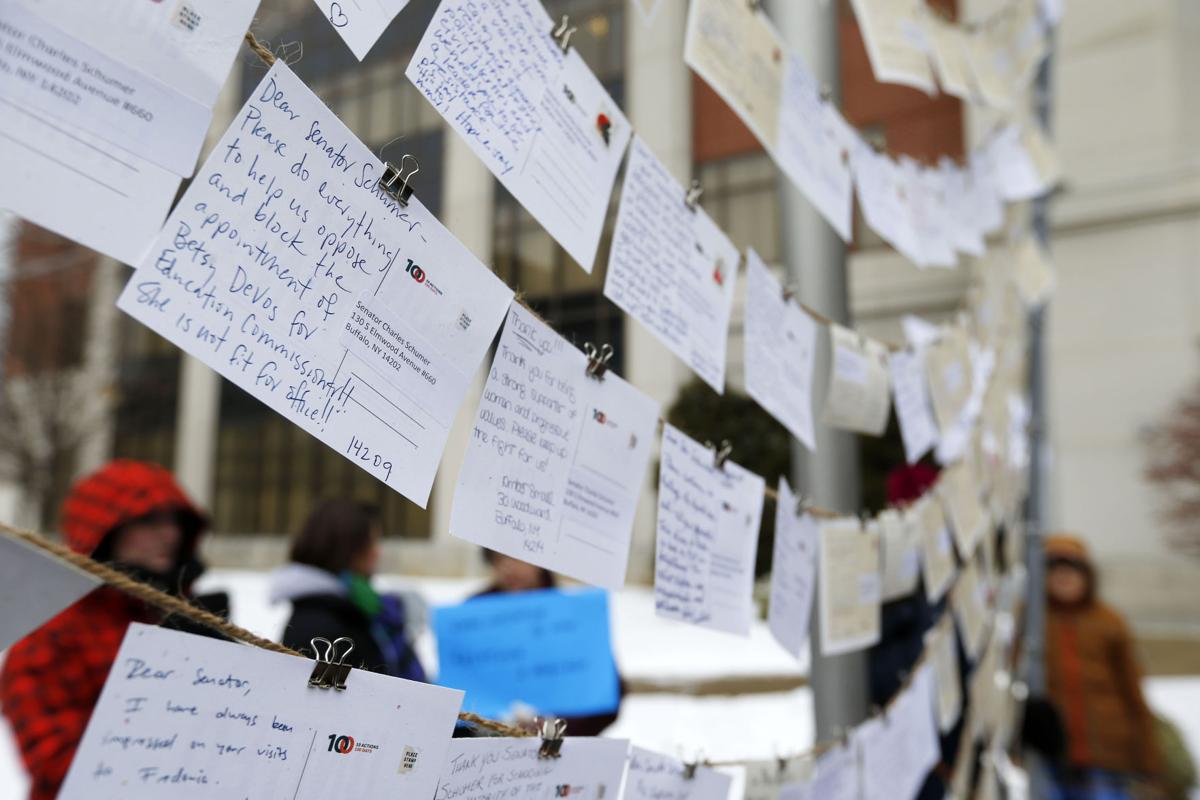 Participants sang, chanted and held signs urging Schumer to vote down any of Trump's future Cabinet nominations. They prepared over 500 postcards they plan to present to Schumer's office.

Schumer has so far approved some of Trump's nominees, but has promised to vote against Betsy DeVos for secretary of education, Rex Tillerson for secretary of state and others. On Tuesday, Schumer voted against Elaine Chao for transportation secretary. He released a statement on Facebook explaining his position, saying, "I will vote against nominees who will be the very worst of this anti-immigrant, anti-middle-class, billionaires’ club cabinet."

On Jan. 20, Schumer told CNN: "This Cabinet selection has been a disaster for the president. We call it the 'swamp Cabinet.' "

The rally was co-sponsored by MoveOn.org, the WNY Peace Center and Stronger Together WNY. Similar rallies have been held at Schumer's offices across the state.

Across the country Tuesday, #swampCabinet rallies were held at senators' offices.