Subscribe for $1
Read Today's E-Edition
Share This
Double trouble: Covid cases decline, but flu and RSV pose a threat as holidays near
0 Comments
Share this
1 of 2 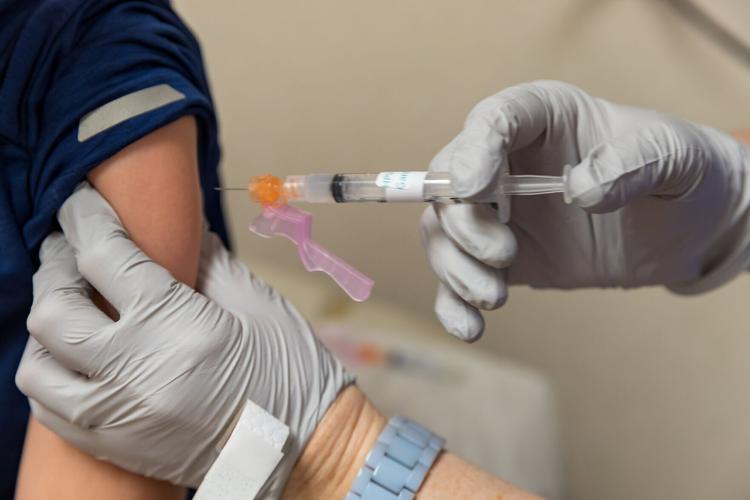 The Centers for Disease Control and Prevention and the American Academy of Pediatrics recommend flu shots for children 6 months and older. 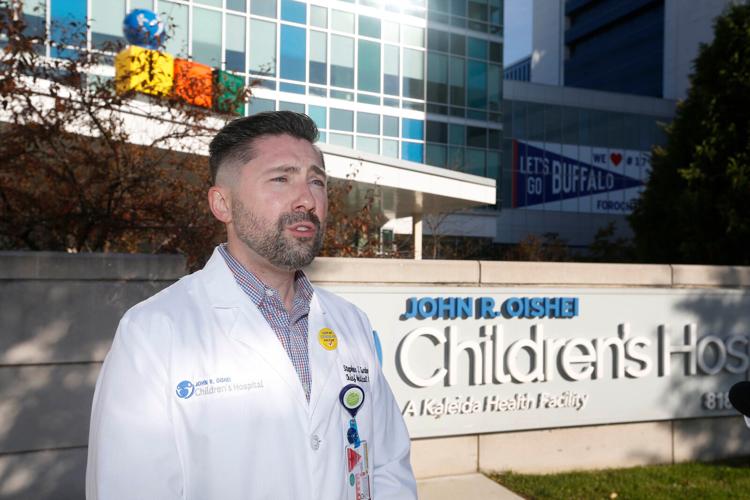 Dr. Stephen Turkovich, Oishei Children's Hospital chief medical officer, says the hospital has had to use overflow units during the last few weeks because of the high inpatient census.

Support this work for $1 a month
Scott Scanlon

Hospitalizations for the flu hit a 10-year high among U.S. adults this month as most hospitals for children reached unprecedented numbers of patients with the respiratory syncytial virus (RSV).

In Buffalo, cases of RSV and Covid-19 have fallen at Oishei Children’s Hospital, but influenza is on the rise.

The confluence of illnesses caused by the viruses hit early and strains medical settings as the holidays approach, prompting Turkovich and others urge  steps to help prevent and slow their spread.

More than 100 children have been admitted to Oishei with the flu since October, compared to 60 to 90 kids throughout most past flu seasons, which generally wrap up in spring, Turkovich said.

Dr. Stephen J. Turkovich, the children's hospital's chief medical officer, on Thursday was named as the hospital's president. He assumes the role from Allegra Jaros, who announced in recent months that she was leaving to become the president of Wolfson's Children's Hospital in Jacksonville, Fla.

The hospital admitted its first two patients with influenza this flu season during the first full week of October; 35 children were admitted with the flu last week.

Symptoms for both conditions are similar. They can typically be treated with extra fluids, over-the-counter medications and rest. “Fever, cough, congestion are common, and maybe a little bit more GI symptoms with the flu, like diarrhea, vomiting, that sort of thing,” Turkovich said. RSV can cause more inflammation, swelling and mucus production in the lungs.

Covid-19 numbers at Oishei have fallen by more than half since September, to 25 last week. That includes positive tests on both inpatient floors and in the emergency room.

A single nasal swab can test for all three viruses. A small number of patients have tested positive for both RSV and Covid, Turkovich said, but nobody so far has come in with all three.

What to know as respiratory virus strains children's hospitals, including at Oishei in Buffalo

Oishei Children’s Hospital – like many of its kind across the country – has spent the last few weeks grappling with a record number of visits and admissions for a similar condition caused by the Respiratory Syncytial Virus, or RSV.

New York State flu tracking shows those 17 and younger have been the hardest hit age group, he said. RSV also tends to impact youngest children most.

There were 281 positive tests for RSV and 375 for the flu in Oishei inpatient units and the ER last week.

Those children are hardly alone when it comes to serious consequences.

“RSV is overlooked in adult patients, though it is a common cause of pneumonia and respiratory disease in adults,” Dr. Michael Melgar, a medical officer with the Centers for Disease Control and Prevention, told the online journal Medscape last week. “Adults 65 years or older, adults with chronic heart or lung disease, and adults who have weakened immune systems are at high risk for severe illness with RSV. Infection can also trigger worsening of some medical conditions that are common in adults, including asthma, congestive heart failure, and chronic obstructive pulmonary disease (COPD).”

The hospitalization rate from flu is higher than at the same point during previous flu seasons going back to 2010-11, according to the CDC. The agency estimates that so far this season, there have been at least 2.8 million illnesses, 23,000 hospitalizations and 1,300 deaths.

Fitzpatrick and Turkovich are among doctors concerned that flu and RSV, which normally peak after the holidays, have become prolific so early. Steps taken during pandemic peaks reduced cases of both, which helps instruct behavior going into the holidays, they said.

Wash hands often with soap and warm water. Stay home from work, school, day care or events if you feel ill. Those most at risk, and those who love them, should wear a mask indoors or when maintaining a safe distance isn’t possible.

What to expect in next 36 hours: One more little shot of snow, lots and lots of wind

An "extreme" lake-effect storm that dumped 77 inches in Orchard Park has left the Buffalo metro area, but forecasters from the National Weather Service warn that blowing snow on Sunday could make travel difficult.

Erie County takes aim at travel ban violators: 'Do not be the reason an ambulance cannot get to the hospital'

Law enforcement officers wrote 300-plus tickets through Friday evening to drivers who violated travel bans during a lake-effect snowstorm that dropped 5 feet of snow in a day in some places.

A crew of three from The Weather Channel picked a location near the intersection of Pleasant Avenue and Lake Street in the Village of Hamburg for live shots this morning.

The Centers for Disease Control and Prevention and the American Academy of Pediatrics recommend flu shots for children 6 months and older.

The number of patient admissions and positive tests for RSV has fallen at Oishei Children’s Hospital but the number of flu cases and admissions is climbing, hospital officials report. Figures in red denote weekly highs.

Dr. Stephen Turkovich, Oishei Children's Hospital chief medical officer, says the hospital has had to use overflow units during the last few weeks because of the high inpatient census.