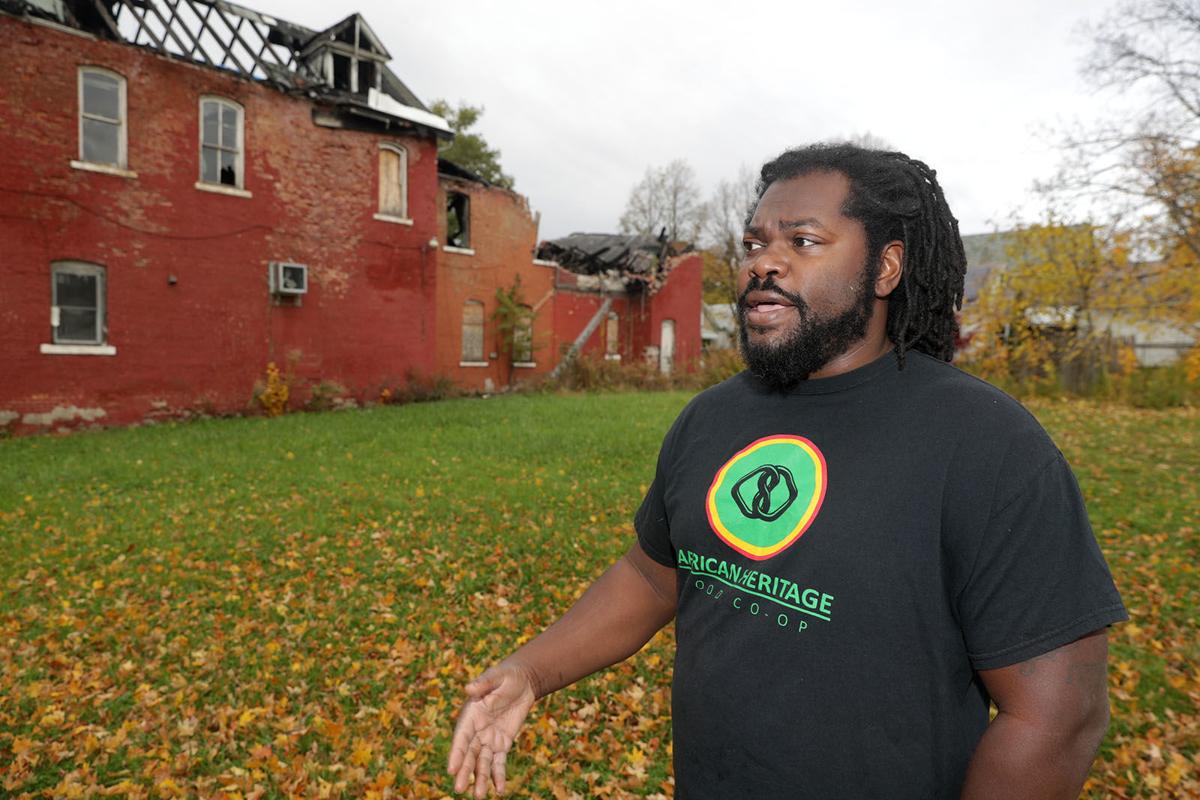 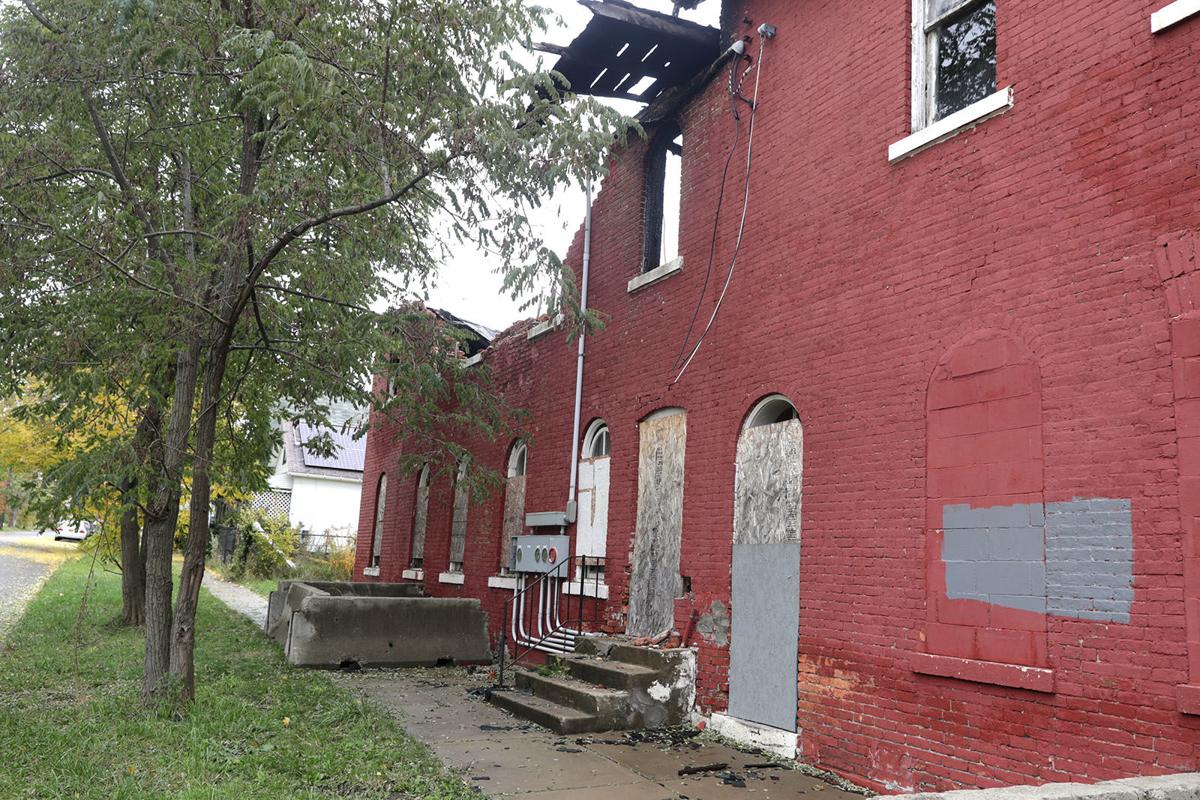 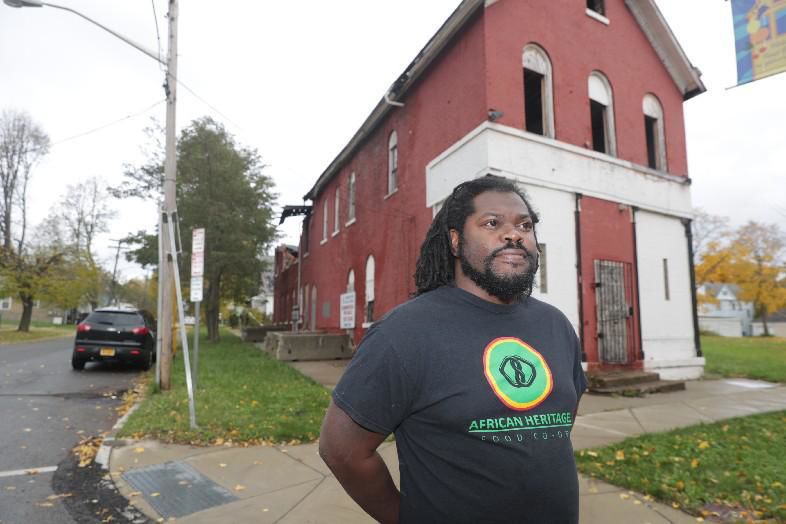 It turned out to be a win-win situation in the Fruit Belt.

That’s both the good news and the bad news after an anonymous donor stepped in to save both a neglected, heavily damaged historic building as well as a dream of community empowerment and self sufficiency in the midst of land speculation and gentrification.

The donor bought the fire-damaged building at 238 Carlton St. and donated it to the African Heritage Food Co-Op. The co-op had been trying to buy and rehab the site into a community anchor for fresh, healthy fruits, vegetables and meats at an affordable price in the heart of a food desert. It was stymied when a suburban group bought it, doubled the price despite heavy fire damage and more ruin caused by its own neglect, and then refused to come down to a number the community-based organization could afford.

At that point, the building – despite being designated a local landmark – seemed destined for demolition.

"Then we had this guardian angel step in and say, ‘I’ll buy it and donate it,’ " said Jessie Fisher, executive director of Preservation Buffalo Niagara, which has been working diligently with co-op founder Alexander Wright on the project.

The donor – who wanted to be identified only as a retired university professor, black and a longtime city resident – never lived in the Fruit Belt. The person nevertheless recognized the importance of the building, which was built as a grocery and deli in the 1870s. The donor noted that delis popped up because working people needed to eat.

"What we take for granted is demonstrated through our buildings," the donor said, adding that the structure – which preservationists say combines elements of Italianate and Greek Revival styles – represents so many facets of Buffalo life, from architecture, to craftsmanship, to labor to commerce.

Recognizing that, as well as the popularity of co-ops nationally, Wright wants to turn it into the kind of attraction that visitors to Buffalo will say, "We need to see the co-op ... so we can do it in our city."

Wright, who started the co-op with mobile food distributions, said it was the donor who reached out to him about pursuing the building and "actually got the whole ball rolling."

In addition to crediting the donor, co-op backers also praise the Brown administration and James Comerford, inspections and permits commissioner, for not rushing into demolition. Instead, the city worked with them to try to save the building and gave them a chance to pull together the purchase deal.

The immediate plan is to protect the building from further damage. When The News first wrote about it last fall, broken windows and gaping holes in the roof left the interior exposed to snow and rain, and Fisher said a tarp the owner put inside actually collected water and made the brick walls bow even more.

Preservation Buffalo Niagara has just inaugurated a revolving loan fund, and Wright will get its first $50,000 to put on a roof, secure the windows and do masonry. Fisher said that effort could start within a couple of weeks and take four to six weeks to complete.

Beyond that, Wright is trying to raise the $500,000 he estimates it will take to turn the 3,838-square-foot, two-story building into the type of attraction and community anchor he envisions. He said state Sen. Tim Kennedy has promised help, and Mayor Byron W. Brown has expressed interest. Fisher is hoping this is the kind of grass-roots community initiative that banks and foundations – which already have helped the co-op expand – will continue to get behind as part of the effort to build the New Buffalo.

In the meantime, the co-op – now up to 165 members – is forming a fundraising committee, mounting a Facebook fundraising effort, and starting a "300 Campaign" looking for 300 people to spend $60 a month with it. That could help it meet expenses in temporary space in the Niagara Frontier Food Terminal on Clinton Street and the Niagara Falls facility it opened in February, while also fixing up the Carlton Street building.

The 109-year-old building was first spotlighted by the Fruit Belt/McCarley Gardens Task Force when it began surveying community resources. That task force effort generated widespread interest in saving the building.

A Getzville-based entity called Borderland Advantage got to the Fruit Belt property first and followed through with a $24,000 purchase, despite a fire that occurred in the midst of the negotiations. But then it sat on the building, doing nothing to repair or protect it while holding out for a resale price double what it paid.

As the building deteriorated to the point where the city could no longer hold off on demolition, the donor stepped forward to buy it for the $47,500 that Borderland demanded.

Aside from being a victory for the community, that also makes Borderland an undeserving winner in a flipping game it should have been ashamed to play. There’s a warning there that Buffalo must take seriously as it figures out how to revive neighborhoods while at the same time protecting them from such exploitation.

But that’s a topic for another day. For now, Buffalo can celebrate the fact that private, community-based and governmental entities came together to save both a piece of Fruit Belt history and a vision of what the neighborhood become in the New Buffalo, which bills itself as a "city of good neighbors" but doesn’t always live up to that moniker.

This time, it did.

"That’s the great thing about Buffalo," Fisher said. "There are people who are willing to pull together."