Milley says calls to China were 'perfectly' within scope of job

Cuomo wants to resurrect charity gambling. Is it too late?
0 comments
Share this
Support this work for $1 a month
1 of 4 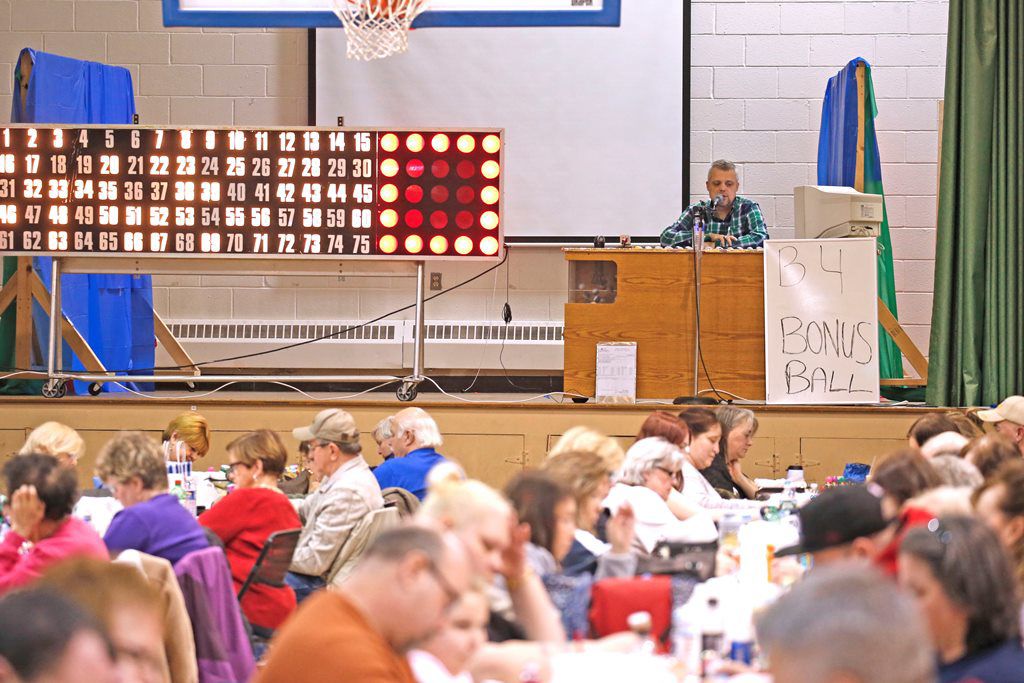 Paul Podsiadlo, on stage, calls bingo at Fourteen Holy Helpers Church in West Seneca, which uses the proceeds to subsidize the cost of sending its children to another Catholic school now that its school has closed. (Robert Kirkham/Buffalo News) 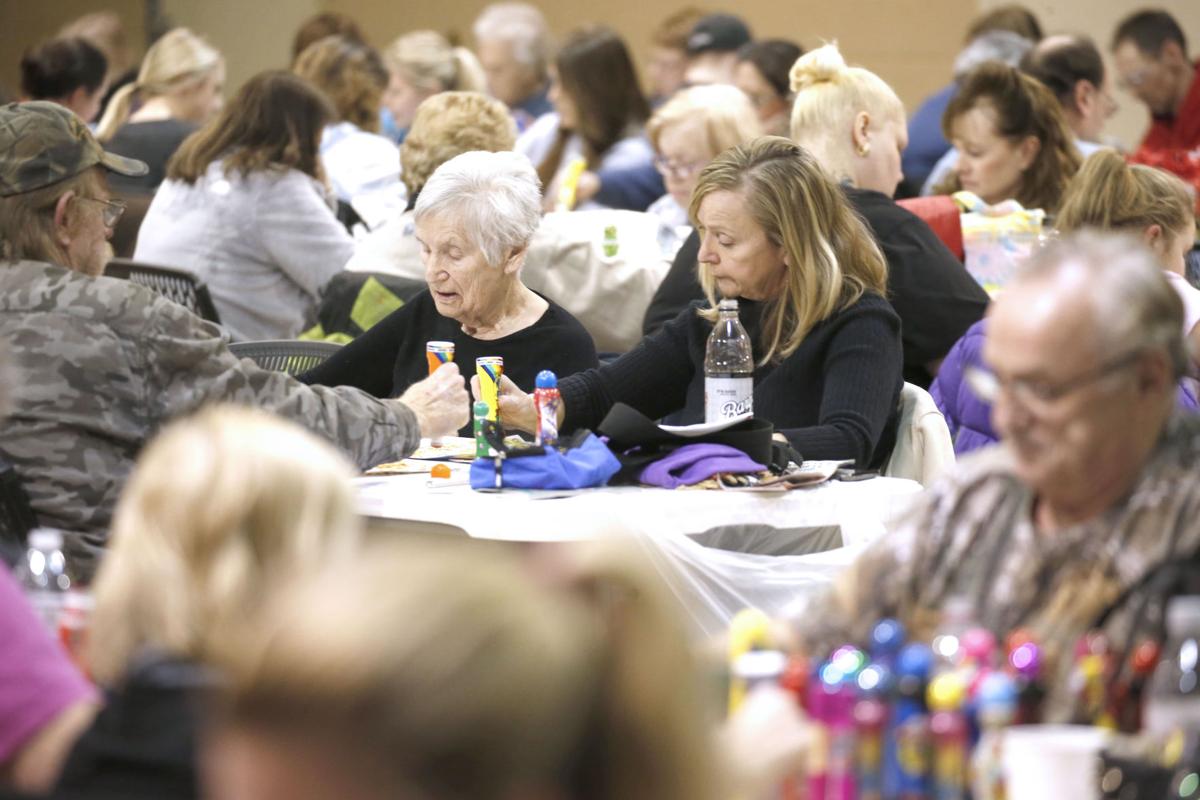 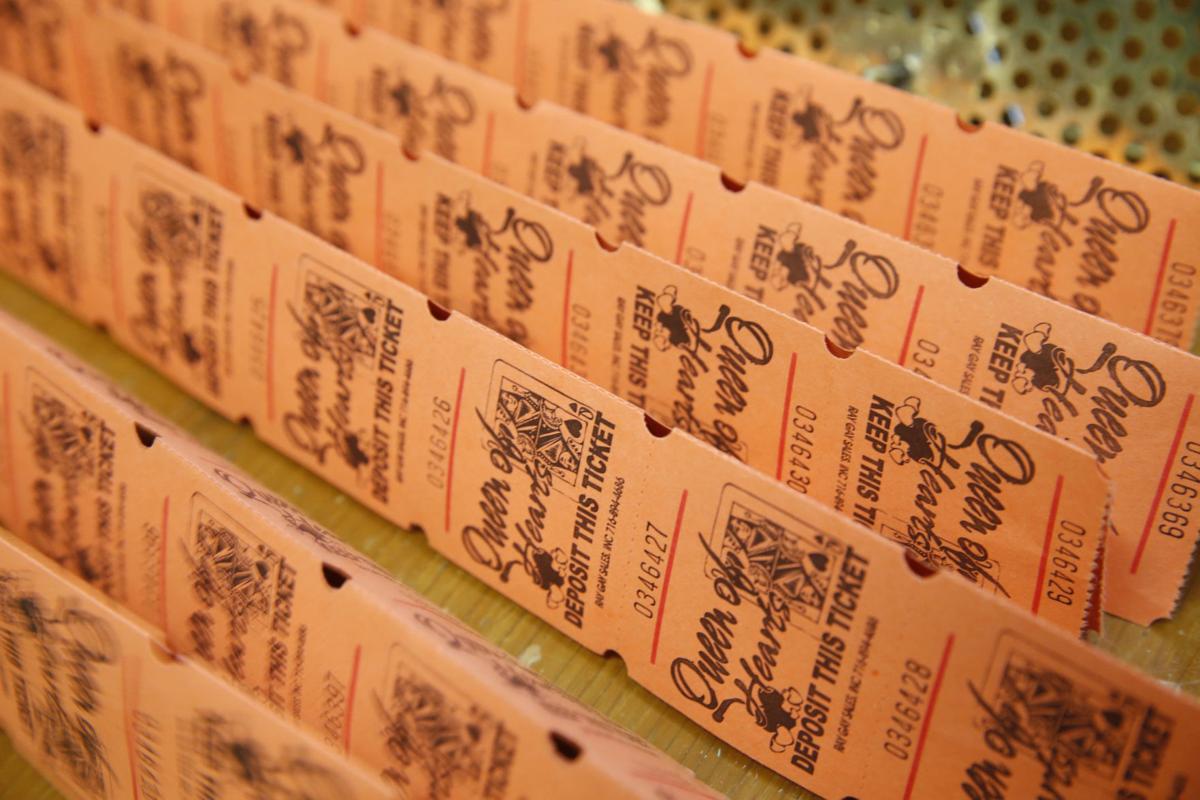 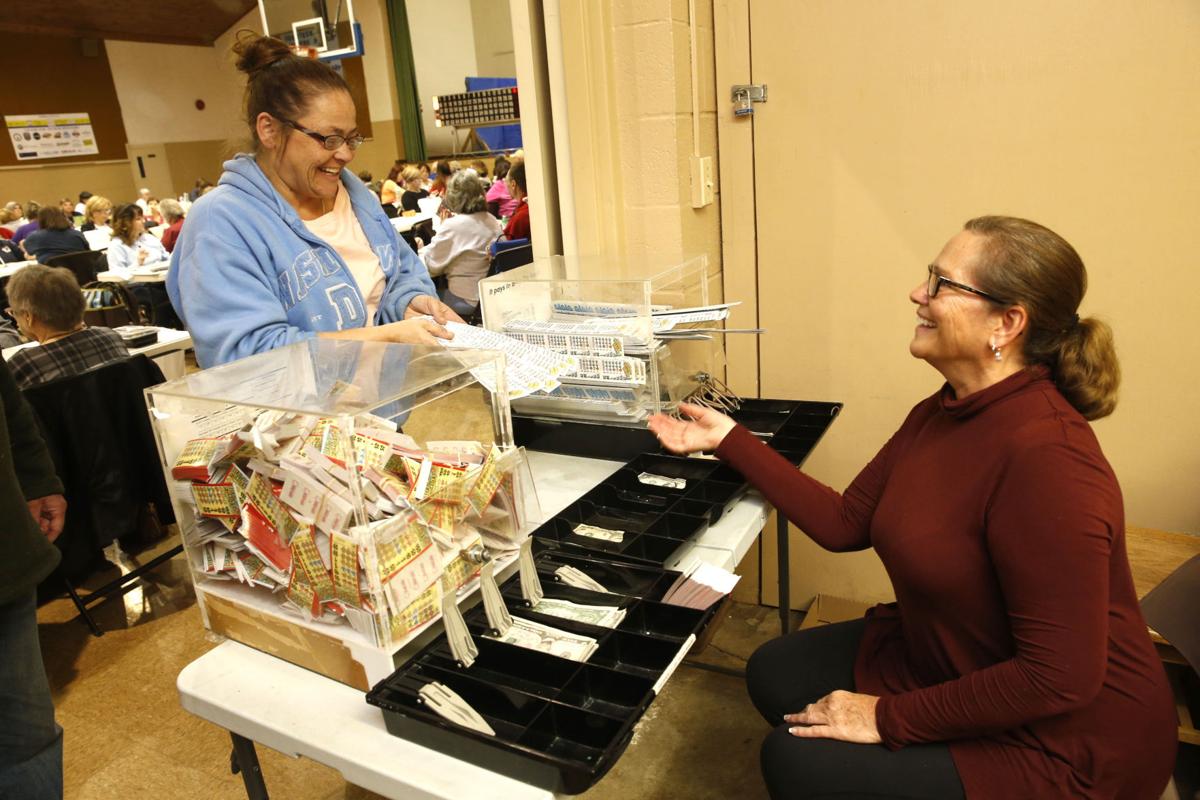 One of the outcomes, though, was that churches, fire halls and veterans’ posts that run bingo games, raffles and other games of chance suffered with the saturation of new gambling opportunities across New York.

So Cuomo now is pressing for major changes to the state’s charitable gambling laws. He wants to help the charitable groups reverse the slump in revenues that has eaten into their support of local activities, such as youth sports leagues, scholarship funds or veterans programs.

“It’s an acknowledgement that this is an important activity in New York that requires some care and nurturing,” Robert Williams, executive director of the governor’s state Gaming Commission, said of the proposals tucked into 42 pages of legislation in Cuomo’s budget for this year.

The governor's proposals include:

But is it too little too late?

That’s what some charity groups are wondering. Walk into a bingo hall, and you see their clientele: old and getting older.

And that group is not being replaced by millennials who, if they do gamble, are attracted to claims of bigger and faster payoffs at more upscale casinos or through illegal off-shore internet sites they can access on their phones.

Consider also that the total amount of money wagered on bingo across New York in 1980 was $223 million. In 2015, that sum had slipped to $31 million

Competition from lottery games, like the omnipresent Quick Draw electronic games, is far and away the key reason for declining bingo and raffles of charitable groups.

Casinos that dot the landscape across the state, particularly upstate, also haven’t helped.

Now add state rules that kept these charities operating games stuck in a kind of time warp – with “paper slots” called bell jars and often retrieved by gamblers from a fancy or otherwise container.

Charities say they can’t go up against a casino and its array of slots, table games, entertainment, alcohol and food.

“I’ve been in local casinos and seen some of our players there,” said Paul Podsiadlo, one of the volunteer chairmen who runs the weekly bingo nights held for more than 40 years at Fourteen Holy Helpers church in West Seneca.

“I hear players talk and say, ‘I couldn’t come last week because I went to the casino.’ They only have so much money to spend in a week, and if they spend it at the casino they don’t come to bingo,’’ he said.

Catholic churches once were synonymous with bingo. Today, many have shut down their money-losing operations, unable to draw gamblers or volunteers to run the games.

Those that remain try to offer amenities to lure consumers. Some of those give a bow to their aging clientele. One bingo hall in Western New York now offers earlier evening hours that promises to get bettors home sooner.

Another key attraction: no stairs to climb.

At Fourteen Holy Helpers, parishioners are dealing with the Catholic Diocese’s decision to close its school in 2014. The parish still needs to raise money to subsidize the cost of sending its students to another Catholic school. That’s where the church’s weekly bingo games come into play as a longtime fundraising device.

But revenues from bingo and other games of chance are off more than 25 percent from peak years at Holy Helpers.

And that is the case throughout New York.

Bingo halls across the state in 1997 reported 10 million bettors, according to the then-Racing and Wagering Board.

By 2005, bingo attendance had been cut in half.

Now, the state doesn’t even bother to put a number on how many people play bingo, according to that agency’s successor, the state Gaming Commission.

Thirty years ago, about 550 groups offered regular bingo fundraisers in an eight-county region of Western New York, recalled Charles Gajewski, owner of the sole remaining supplier of gambling products to charities in the Buffalo area. Today, the number of organizations offering bingo has fallen to about 150, he said.

While bingo is often the poster child of charitable gambling, the sale of bell jar tickets, or pull tabs, is now the big draw for charities.

Bell jars accounted for $215 million of the $250 million charities reported being wagered in New York in 2015, according to the Gaming Commission.

In contrast, bingo players put down $31 million in wagers in 2015 while raffles accounted for about $3 million.

Bell jars are cards, usually sold for less than $2 apiece, drawn from a jar or machine and they contain numbers, colors or symbols that, when uncovered, reveal a prize – or not.

“Charitable gaming technology has not been revitalized in way more than 30 years,’’ said Hannan, legislative director for the Veterans of Foreign Wars in New York. “The young people we’re trying to attract are not pulling pull tabs from a jar. They prefer to see a video screen.”

Without modernizing the bell jar games that many vet groups offer as their sole gambling option, Hannan said, “90 percent of the organizations I represent would probably not benefit significantly” from Cuomo’s proposal.

“Charitable gaming was initially designed to help non-profits, such as military service organizations, churches and fire houses to help them raise funds. And yet we’re the once stuck in the paper world,’’ said Marlene Roll, an Alden resident and past statewide commander of the VFW in New York.

His plan would lift restrictions on advertising, such as on the internet.

To deal with shortages of volunteers working the gambling ventures, Cuomo wants to lift barriers that prohibit people with certain criminal backgrounds – such as a public drunkenness charge when they were a teenager – from working at a bingo parlor.

Cuomo also seeks to reconcile competing statutes to make clear that all charitable gambling can be conducted on Sundays.

Giving flexibility to where charities can offer gambling is meant to prevent problems that arose last year that forced a Niagara Falls charity to cancel the annual Duck Race at the Canal Fest of the Tonawandas because it was to be held on state property. The state let the event proceed.

The Catholic Church is noncommittal regarding Cuomo’s proposals.

“While bingo is used as a fundraiser by some of our parishes, it’s too early to determine what some or all of these proposed changes might mean to those parishes,’’ said George Richert, a spokesman for the Diocese of Buffalo.

Groups concerned about the state’s gambling expansion say the irony is not lost that Cuomo now seeks to enhance charitable gambling operations after he led the support of the 2013 referendum for legalizing up to seven new Las Vegas-style casinos.

They also question Cuomo’s plan to allow gamblers to place their charitable bets on a credit card.

“The proposal is yet another expansion of predatory gambling in New York State,” said Dr. Stephen Shafer, chair of the Coalition Against Gambling in New York, a group that had its organizational roots in Buffalo.

More gambling options, even if run by charities, equates to more problem gambling, he said.

“All these moves reflect the fallacy that legalized gambling is good for New York State because some money flows from it into ‘support for education’ or ‘charitable causes,’ ’’ Shafer said in an email response to questions.

Even if all of Cuomo’s charitable gambling proposals are cleared in state budget talks, few charities think the gambling times of the past will return.

“With more and more casinos popping up in the last five to 10 years, I think we are now seeing the repercussions from that,’’ said Roll, the past statewide VFW commander. “The bank accounts of these groups have dwindled because we’re just not seeing the money come in like it did.’’

Parsing the numbers: Why vaccinated residents made up 40% of Erie County's positive Covid-19 tests

Unlike those with no protection, fully vaccinated patients who are hospitalized with breakthrough Covid-19 cases, or who die from the virus, are far more likely to have serious, underlying health issues.

Paul Podsiadlo, on stage, calls bingo at Fourteen Holy Helpers Church in West Seneca, which uses the proceeds to subsidize the cost of sending its children to another Catholic school now that its school has closed. (Robert Kirkham/Buffalo News)