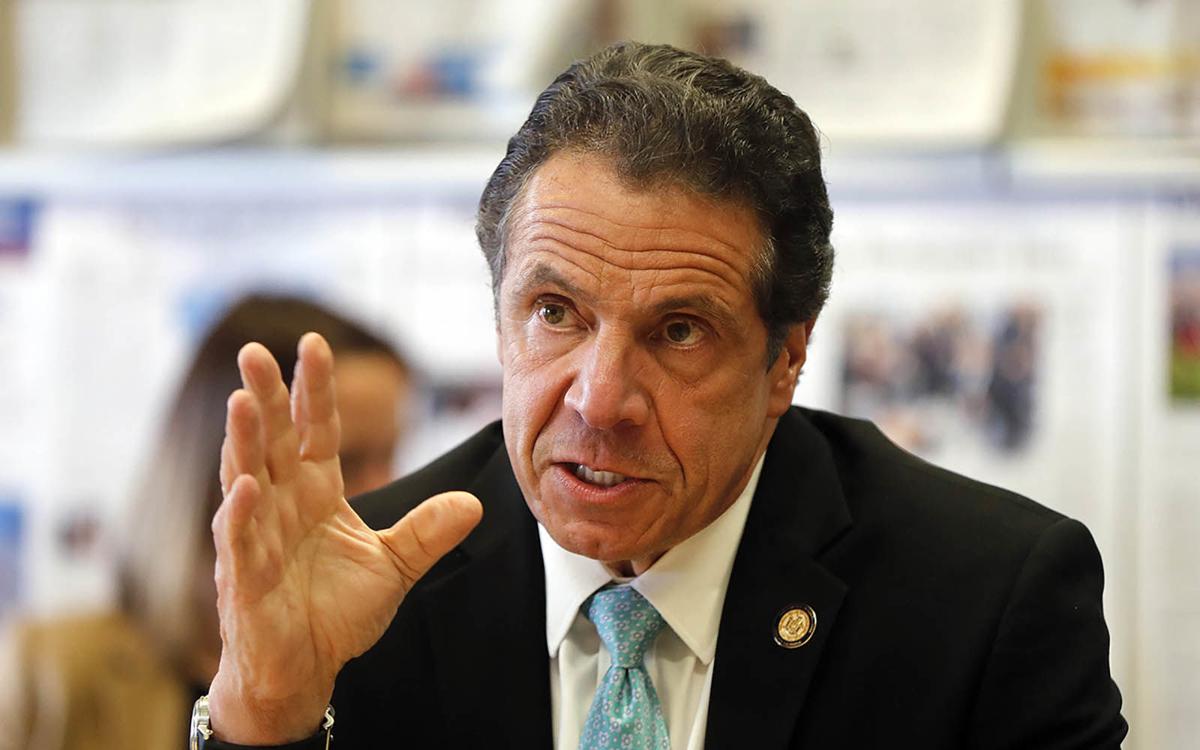 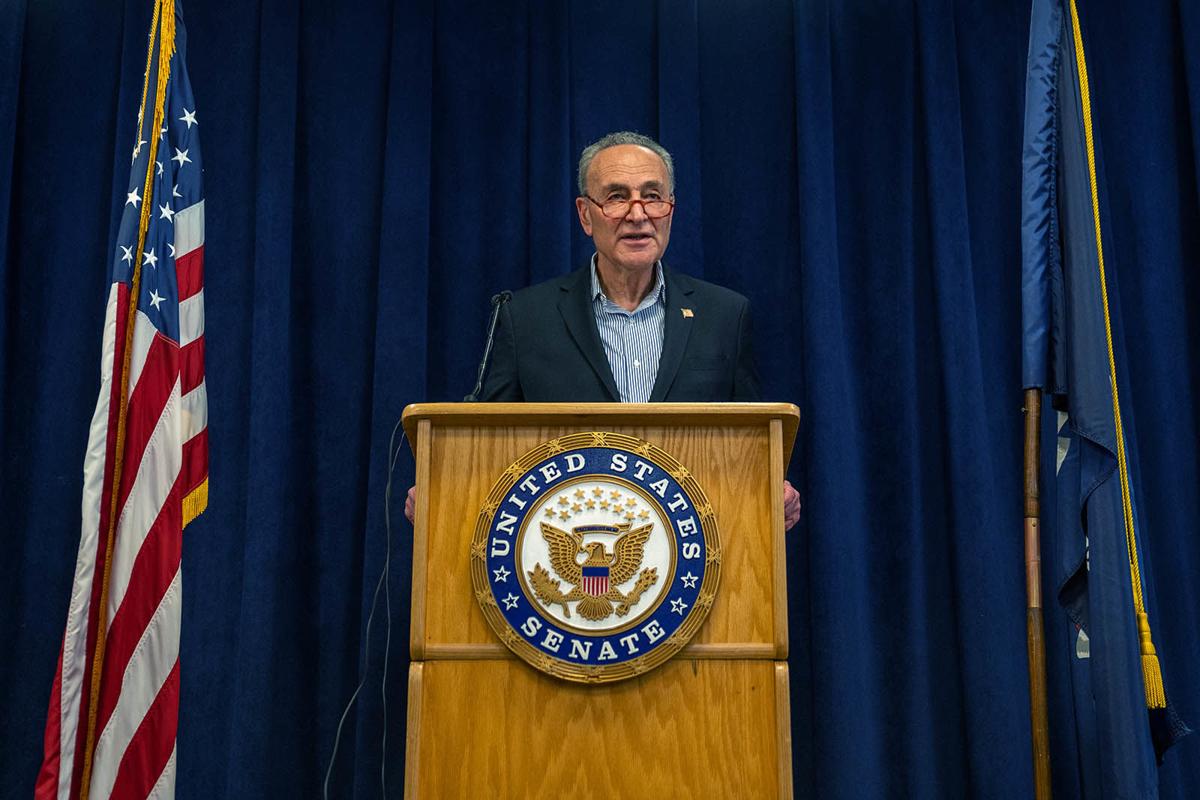 WASHINGTON – A bipartisan bill the House passed early Saturday in response to the coronavirus pandemic will bring billions in Medicaid funding to New York, but Gov. Andrew Cuomo lashed out at the measure anyway, saying a provision in it hamstrings him from balancing the state budget.

The measure could bring upwards of $6.7 billion to New York in the coming year to cover Medicaid costs associated with the coronavirus outbreak.

But it also includes a clause that bars the state from pushing any additional Medicaid costs on the counties. Cuomo had hoped to do just that to help cover an already-existing $4 billion hole in the Medicaid budget, part of a $6.1 billion overall state shortfall.

But in a Saturday night conference call with reporters, Cuomo termed the federal legislation "insanity." He said it upended his proposal to force 57 counties and New York City to contribute if Medicaid spending rises more than 3% in a year.

“If I can’t change that, we can’t do a budget," Cuomo said, blaming the provision on Schumer and Rep. Nita Lowey, a downstate Democrat who chairs the House Appropriations Committee.

The key provision for the state, though, is the one expanding Medicaid funding. Bill Hammond, director of health policy at the right-leaning Empire Center for Public Policy, estimated that the 6.2% increase in the federal funding share for Medicare could bring the state and its counties $4.6 billion. But in a blog post, Jennifer Sullivan, senior policy analyst at the left-leaning Center on Budget and Policy Priorities, said the additional Medicaid funding headed to New York could total as much as $6.7 billion.

Erie County Executive Mark C. Poloncarz said it's possible that the funding could do much more than pay the state's additional costs associated with the coronavirus.

"If that is the case, whatever hole is in the state budget for Medicaid, it no longer exists with this additional assistance," Poloncarz said.

Hammond, however, said state officials ought to restrict use of the federal funds to cover just the costs of the coronavirus epidemic, which remain unknown.

"I would be very careful not to use any of this money to close the deficit – because it's going to go away," Hammond said.

The increase in the funding rate for states and counties will expire at the end of the quarter when President Trump announces the end of the national coronavirus emergency. So if the crisis is a short one, it's possible that the state will receive far less than projected, given that the projections are based on an estimate that the crisis will last a year.

Cuomo, however, lashed out at a provision in the legislation that says states that try to shift additional Medicaid costs onto the counties will lose their increased federal funding.

Schumer and Lowey "created the problem," he said. “Let them solve it. This is not one they can blame on the president."

In response, Schumer spokeswoman Allison Biasotti said: "“Here are the facts: New York got far more money than any other state—a total of $6.7 billion on an annual basis: $5.26 billion for the state, $1.03 billion for the city and $436 million for the counties."

Now, she said, the House coronavirus bill will give the state even more.

"This will give the state significant resources to fight the coronavirus and help address its budget challenges,” Biasotti said.

But on Twitter, Cuomo also noted that the federal government only covers 50% of New York's Medicaid costs, while other states get up to a 75% reimbursement. Those figures come from a recent Kaiser Family Foundation analysis, which show that the federal government pays a higher percentage share of costs in states that offer Medicaid programs that cover fewer medical services than the program in New York.

"Politicians say NY gets more $ than most states, that's only bc we spend more—we get reimbursed at a lower rate," Cuomo tweeted. "With highest # of cases, why is our rate the lowest? Fight for NY!"

Stephen Acquario, executive director of the New York Association of Counties, credited Schumer with pushing for the provisions that aid counties. But Rep. Brian Higgins, a Buffalo Democrat, pushed for it too, after receiving a call from Poloncarz.

"The concern was that the counties would not benefit from this," Higgins said. "And that helped influence a change in the bill to make sure counties share in that increase as well."

That's particularly important, Acquario said, because counties as well as states are likely to be hit with an onslaught of higher costs due to the coronavirus outbreak.

"We believes this coronavirus package, particularly on Medicaid, really is the quickest way of providing federal resources to combat this public health threat," he said, noting the funds should start flowing soon on a weekly basis.

The coronavirus funding bill passed in the U.S. House by a 363-40 margin, with all 40 no votes coming from Republicans.

But the vast majority of Republican lawmakers, including Rep. Tom Reed of Corning, backed the measure.

Noting that the House Problem Solvers Caucus, which he co-chairs, backed the measure, Reed said on Twitter: "We were pleased to pass another bipartisan bill to put in place paid family leave, bolster unemployment benefits, ensure school lunches for those who need them, boost Medicaid funding, and guarantee free testing for all who need it during this difficult time."

The bill also forces companies with between 50 and 500 workers to offer paid sick leave to their employees. That's a deeply trimmed version of the proposal Gillibrand has been pushing, in that the measure provides sick leave to only about 20% of American workers.

"I’m encouraged to hear that the economic relief package passed by the House last night will include two weeks of paid sick leave and three months of paid family leave," she tweeted.

The bill now goes to the Senate, which is expected to pass it early next week.

Saying the bill "will provide strong support for American families and communities in dealing with the coronavirus," Trump added: "It was done very, very bipartisan. It was very nice to see it."

In addition to dramatically boosting Medicaid funding for states and counties, the House coronavirus bill would:

* Add $1 billion to the federal unemployment benefits program and cut red tape associated with it.

* Provide two weeks of paid sick leave to people who work at companies with between 50 and 500 employees.

* Expand the Family and Medical Leave program to provide some paid benefits from employers for up to 12 weeks.

Pregnant panda! Watch as this giant panda gets an ultrasound

Judge strikes down state mask mandate; but for schools and in Erie County, it's still in effect

A judge in New York State Supreme Court ruled Monday that a public mask mandate put in place by the state Department of Health at the behest of Gov. Kathy Hochul violates the state's constitution, rendering it unenforceable effective immediately.

Sean Kirst: For Bills fans, a reason for hope after 'spiritual demolition derby'

"What makes this one both a little different and maybe, just maybe, a little more bearable involves a distinction, even if it elevates the worst of the what-ifs: The Bills did things we have waited generations to see," Kirst writes.

A heartache finish for fans after raucous tailgating in Kansas City

Five hours before kickoff, dozens of fans brought a slice of Orchard Park to a parking lot in the shadow of Arrowhead Stadium.

This is the first case prosecuted in Erie County under the new state law that makes a vaccination card a "written instrument," according to the District Attorney's Office.

Erik Brady: The Bills' luck ran out when the game clock struck 13

Thirteen? It’s just a number. A baker’s dozen. What is there to be afraid of? Plenty, as it turns out. Just ask the Buffalo Bills.

The car's driver was trapped in his vehicle when the crash was discovered by a Lancaster police officer at 4:31 a.m. on Transit Road at Aero Drive.

The ruling Monday by a judge in Nassau County against New York State’s mask-wearing mandate is not going to apply immediately to elementary and high schools, the State Education Department said Monday night.

Instead of living a life of luxury, Jane Porter was found insane by a jury, committed to a sanitarium, and lost control of her massive estate. Christine L. Bacon completed her master's thesis at Niagara University uncovering more of Porter's story.