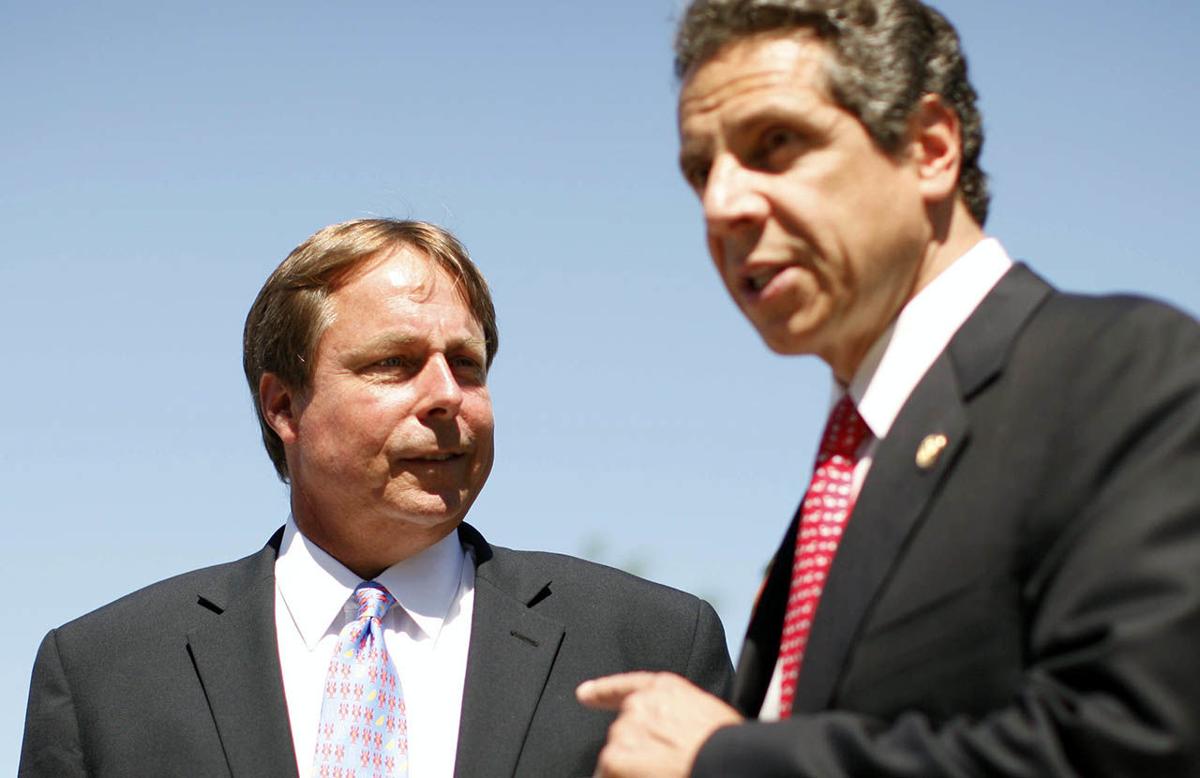 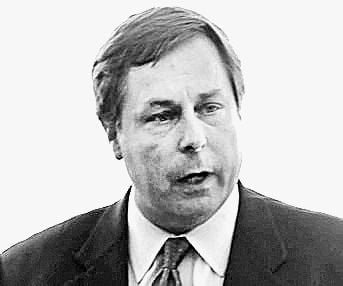 Sam Hoyt, Senior Vice President for Regional Economic Development at the Empire State Development Corporation. speaks at a press conference at Top of the Falls restaurant, about the start of restoration of Three Sisters Islands on ,Tuesday, Sept. 4, 2012. technology. {Photo by Harry Scull Jr. / Buffalo News}

Several local sources said they received emails Sunday night from Hoyt announcing his departure as regional president of ESD, and he told The Buffalo News on Monday that he is still negotiating with a lobbying firm and another private entity about possible future employment. But after almost 30 years in government, beginning as a regional staffer for Sen. Daniel Patrick Moynihan and extending through his Assembly and administration posts, he felt it was time for a change.

"This is something I have been contemplating for a while," he said. "I received in recent years a number of offers and I decided to take it more seriously in the last few months."

He added that he does not need to decide immediately what offer he will accept. He earned $157,000 annually in his ESD post.

"I've loved every minute of it, particularly the last six years," he said, referring to his ESD assignment, which often included acting as the regional "eyes and ears" for Gov. Andrew M. Cuomo.

"Part of this was working for a governor who happens to be obsessed with Buffalo and turning Buffalo around," he said. "Many people told me when I took the job that I would be able to get more done in the executive branch than I ever was in the legislative, and there is some truth to that."

Hoyt, 55, served in the Assembly from 1992 until 2011, succeeding his father, William B. Hoyt, upon his death. A consistent Cuomo supporter as far back as the governor’s first gubernatorial campaign in 2002, Hoyt was named to head the regional ESD operation following Cuomo’s inauguration in 2011. He has since served as a key member of the governor’s Buffalo area operation.

He was also chairman of the Erie Canal Harbor Development Corp. and vice chairman of the Peace Bridge Authority. Indeed, Hoyt served as Cuomo's point man during a bitter 2013 dispute with Canadian members of the binational authority over the pace of development on the Buffalo plaza. The battle gradually escalated until it was finally resolved with a memorandum negotiated by the Canadian ambassador and Cuomo at the Canadian consulate in New York City.

Howard A. Zemsky, ESD commissioner, issued a statement Monday that wished Hoyt well but did not address any reasons for his departure.

" I've had the pleasure of working with Sam on the Buffalo turnaround, during which he played a key role," said Zemsky. "Sam loves Buffalo, and Buffalo loves Sam, and I'm sure the next chapter in his career will be a very successful one."

Lt. Gov. Kathy Hochul, in Buffalo on Monday, added she was sorry to learn of Hoyt's departure.

"We've been fortunate to keep him as long as we did," she said. "He's been a strong voice for the community."

Hoyt's political career often proved tumultuous, as his Assembly seat on several occasions became the focal point of competing factions of the local Democratic Party. He survived several serious challenges in the Democratic primary but endured much public scrutiny in 2008, when he was disciplined by Assembly Speaker Sheldon Silver for an inappropriate relationship with a legislative intern. He was barred from further contact with interns.

"I understand I am a public figure, but I've reconciled with my family, and I'm pleased to report I am happily married," he said at the time. "No rules were broken; no laws were broken. I broke my marriage vows."

Hoyt went on to win re-election twice before joining the Cuomo administration.

Man punched by officer in video to sue Buffalo Police

Quentin Suttles, 30, suffered a fractured shoulder blade and orbital bone as a result of the incident that followed a traffic stop on May 10, according to legal papers filed by his attorney in State Supreme Court Thursday.

Erie County has seen an increase in the number of younger residents testing positive for Covid-19 over the past three weeks, creating concern that the state's reopening could be affecting the spread of the coronavirus.

A 23-year-old Buffalo man was hit by gunfire and badly injured early Saturday near Erie Basin Marina, police reported, the latest in a bloody …

Bob Newman, managing partner of Wainfleet Companies, the major investor in Perks, announced the decision to not reopen all three of its locations in a press release Monday night.

"Our offer is open-ended," Gov. Cuomo said of states seeing spikes in coronavirus. "We are in position to help with equipment, staff, knowledge, ventilators, National Guard assistance, technical assistance, whatever they need."

DA: Tonawanda officer lied about crash because he was driving under the influence

Officer Howard M. Scholl III was arraigned Thursday in Erie County Court following his indictment on a felony charge of falsifying business records and a misdemeanor charge of insurance fraud.

Crossing guard bids farewell to 'her kids' at International School 45

Sam Hoyt, Senior Vice President for Regional Economic Development at the Empire State Development Corporation. speaks at a press conference at Top of the Falls restaurant, about the start of restoration of Three Sisters Islands on ,Tuesday, Sept. 4, 2012. technology. {Photo by Harry Scull Jr. / Buffalo News}