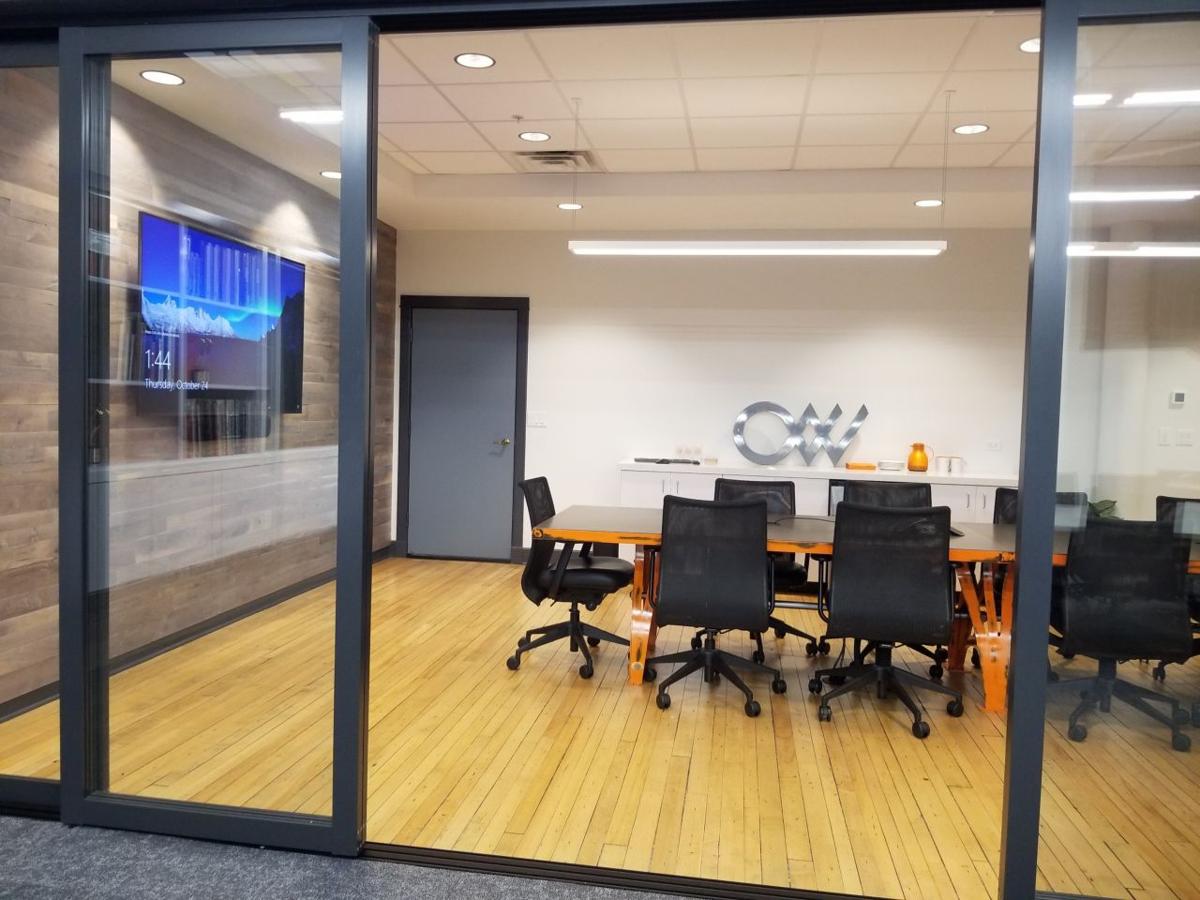 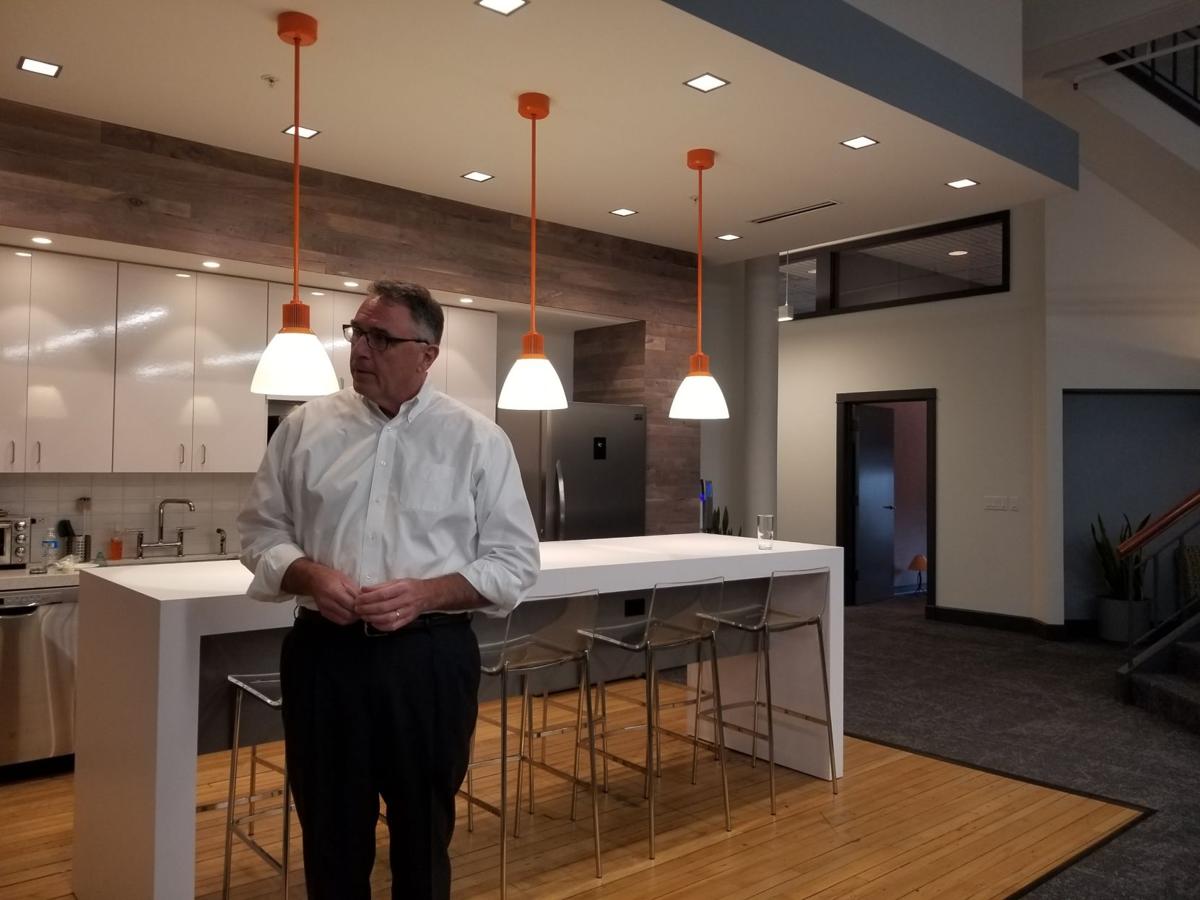 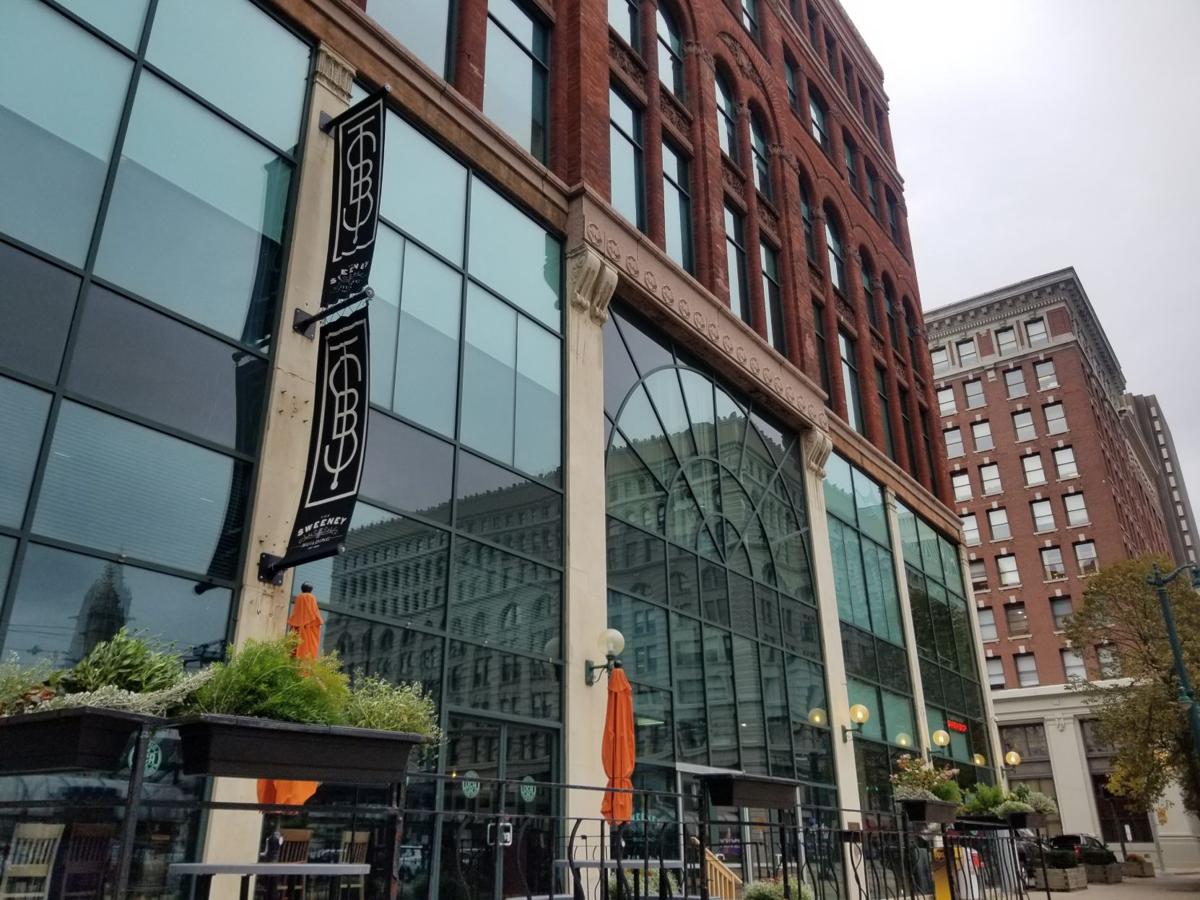 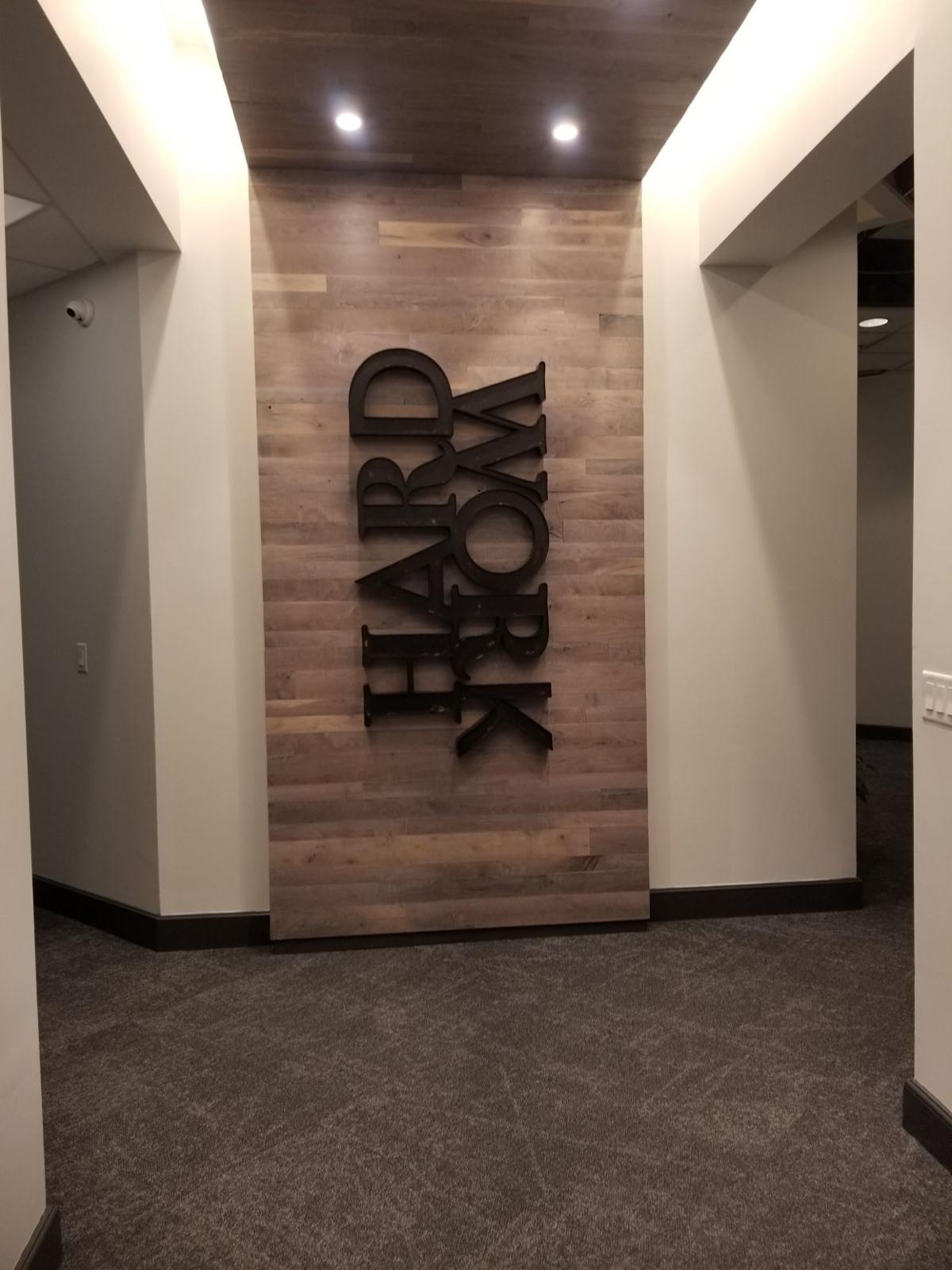 Crowley Webb's slogan on the wall of its revamped space in the Sweeney Building. (Buffalo News/Jonathan D. Epstein) 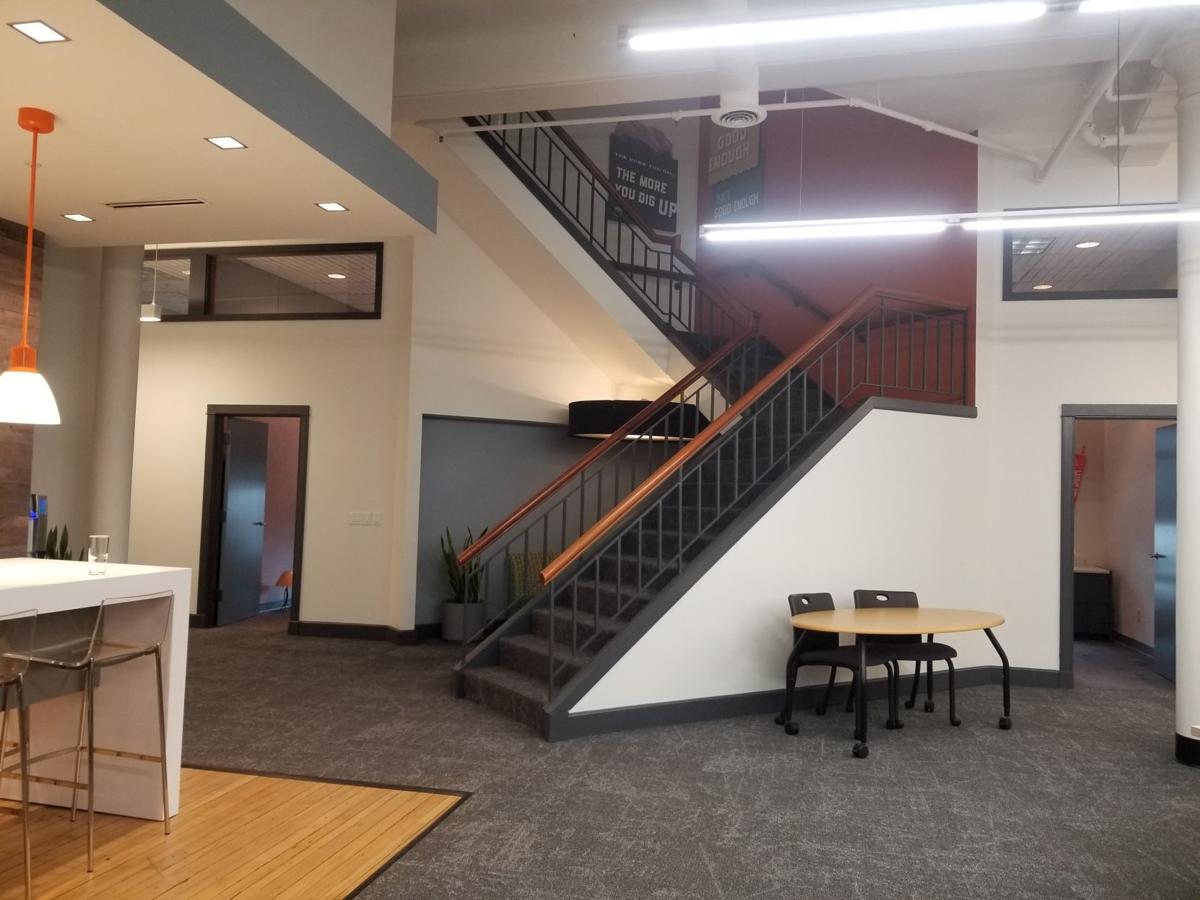 Crowley Webb's offices on the fourth and fifth floors of the Sweeney Building are connected internally. (Buffalo News/Jonathan D. Epstein) 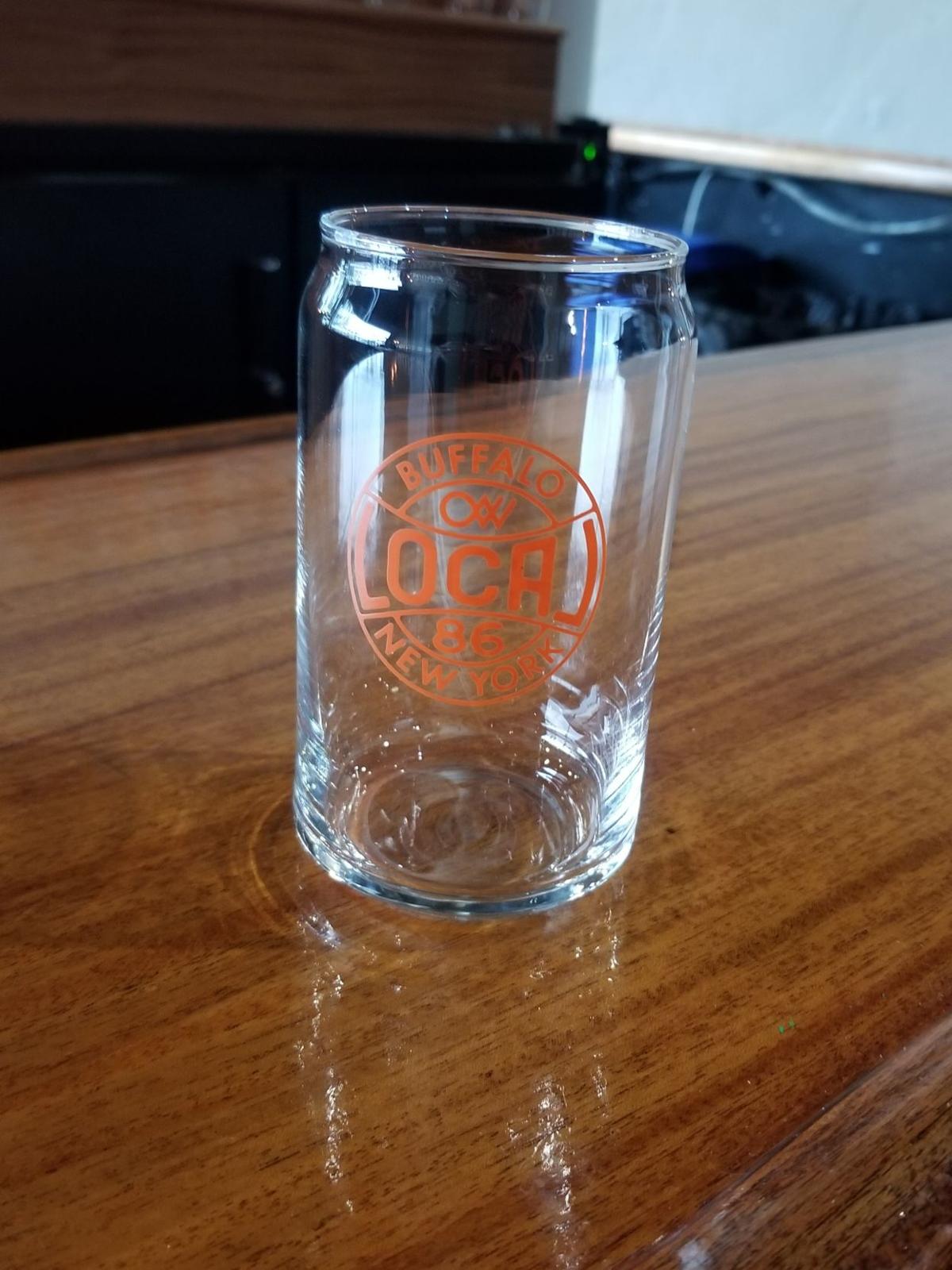 Crowley Webb has come a long way since its founding 33 years ago.

What started as a small firm with an office on lower Franklin Street in downtown Buffalo has become one of the area's leading advertising, marketing and public relations agencies.

The firm employs more than 90 full-time staff, serving 54 clients both locally and around the country – including M&T Bank Corp., Niagara University and drugmaker Lilly – with $72 million in billings. It now occupies three floors of downtown's five-story Sweeney Building, which it purchased from Anthony Kissling in 2016.

Now it's trying to satisfy the marketing needs of its toughest client – itself – by spending more than $425,000 on the first major overhaul of its space since it moved in 26 years ago.

"We kind of embraced the Buffalo blue-collar vibe," said Jeff Pappalardo, one of the firm's six partners and its chief creative officer. "We wanted to be kind of intimate, not super slick. A lot of agencies try to capture that New York City vibe and get real slick spaces. That’s not who we are."

In the process, it opened up its primary fourth floor for more collaboration, knocking down walls that separated some of its offices, conference rooms and kitchen from the central area. And it transformed the former City Grill restaurant space into its own in-house "union hall," dubbed Local 86, where it can host agency functions, client meetings and other events.

"It was just something we needed to do," said Jim Hettich, the firm's chairman and CEO. "We spend so much time within these walls. It's worth it [for] a better environment to do what we do."

Founded in 1986 by Joseph Crowley and John Webb, the agency started at 100 Franklin St., but moved to its current building – originally a department store – seven years later. When Pappalardo joined in 1994, he said, the firm had only 20 employees, mostly on the fourth floor. But it grew over the next two decades, prompting the current leadership to consider relocating several years ago to new space elsewhere, such as at 500 Seneca. Instead, they decided in 2016 to buy the building for $3.2 million, and reconfigure what they had.

"It really hadn't been updated since the 1990s, so there was a lot of mauve and pea green and ugly zig-zag lights," Pappalardo said. "It just wasn't very modern."

Today, Crowley Webb currently occupies all of the second, fourth and fifth floors of the building, while the third floor is home to the Laufer Keenan law firm, commercial real estate firm J.R. Militello Realty and WNY Court Reporting Services. The sixth floor is empty, while the Salty Dog Barber Shop and logistics firm DSV Air & Sea take up the rest of the first floor outside of Local 86.

Working with architect Ken Klapper and Rodriguez Construction, the firm revamped its fourth floor, creating an open area in the center for team meetings, presentations or lunch-and-learn forums. The kitchen was opened up to the center, along with an eating area. But there's still individual and shared offices for privacy, as well as a conference room for more formal meetings.

"It was a trend for a while to do open platforms, where people would be in cubes and big open spaces," Pappalardo said. "We thought about doing that and we didn’t because of the cost, and I’m glad, because that turned out to be a trend, and research has shown that decreases productivity. People want their own spaces."

Instead of putting in new flooring as planned, Pappalardo said, workers discovered the original hardwood floors from the early 1900s department store while they were tearing up the "carpeting, eight layers of linoleum and some stuff that we weren't able to identify."

So the firm restored the planks instead. "The building has great bones. We wanted to be able to keep them," he said.

The agency also commissioned a custom-made replica of a turn-of-the-century industrial table, made of steel, from an Arizona company. "We wanted to make a statement," Pappalardo said. "It was super cool, but it also captured that hard-working industrial vibe that we’re all about."

The renovations, which were focused on the fourth floor and the first-floor lobby, took about four months. "It's kind of brought energy to the space that we didn't have before," Pappalardo said.

Officials are now considering more cosmetic renovations for the fifth floor. "Now that we did four, five looks so crappy," Pappalardo said. However, the next phase won't be as elaborate.

But executives hope to take over the vacant sixth floor if they can find a new tenant to occupy their second-floor space. That would consolidate the firm to three contiguous levels, which would be connected by internal staircases.

Pappalardo said executives had tried "for a long time" to get a new restaurant into the first floor, but "we really didn't find a viable one or one that we were interested in having." Part of the problem was the lack of foot traffic in that area in the evening.

So for now, the firm is using the first-floor restaurant space for various gatherings, and even put in bubble hockey, Ping-Pong and hula hoops. The bar is still there, with branded glassware and beer on tap, and staff can come and go anytime.

Executives said they are open to considering another restaurant coming in, now that activity is picking up near Seneca One Tower.

"We'll have to look at that," Hettich said. "It’ll be a decision we make down the road."

Buffalo-based Crowley Webb said it will commit up to $15,000 in agency services each quarter to a minority-owned small business in Western New York seeking marketing and communications support.

Crowley Webb's slogan on the wall of its revamped space in the Sweeney Building. (Buffalo News/Jonathan D. Epstein)

Crowley Webb's offices on the fourth and fifth floors of the Sweeney Building are connected internally. (Buffalo News/Jonathan D. Epstein)