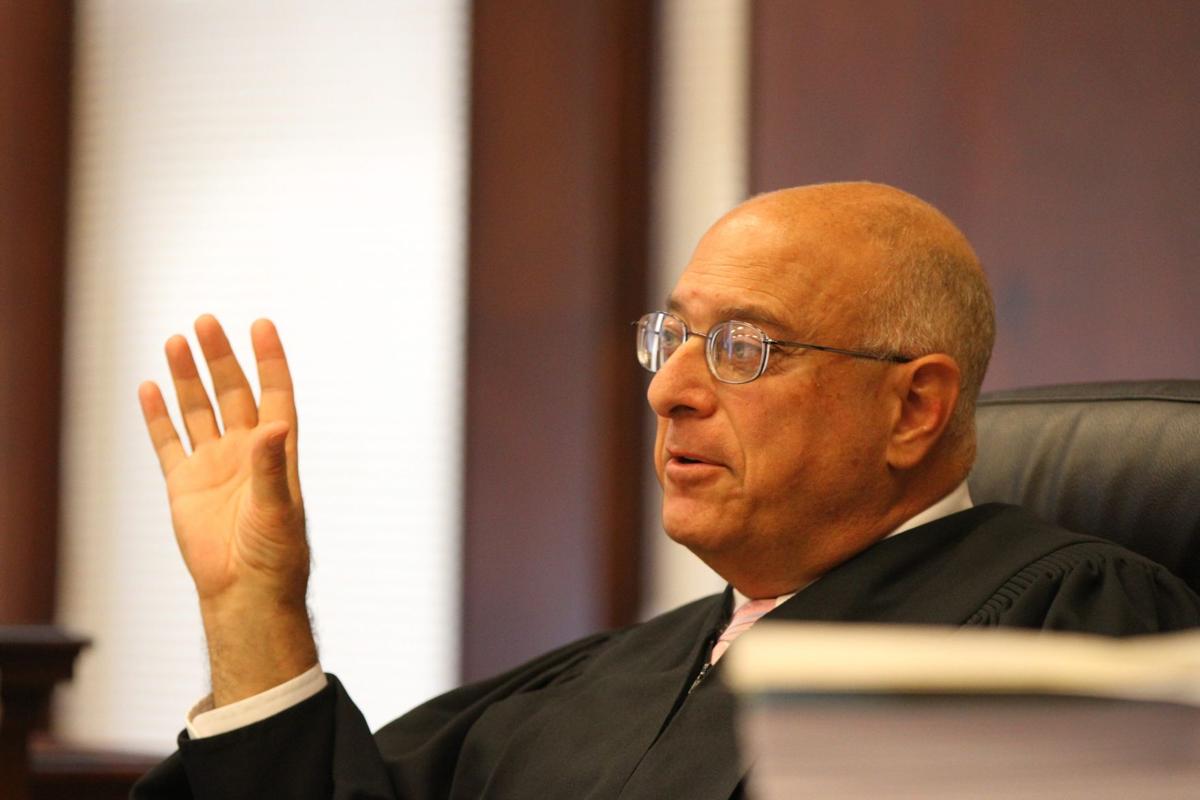 Judge Frederick J. Marshall said he was disappointed and embarrassed when he discovered Democratic and Republican leaders decided not to cross-endorse him. He says his campaign will cost twice as much as a cross-endorsed campaign. 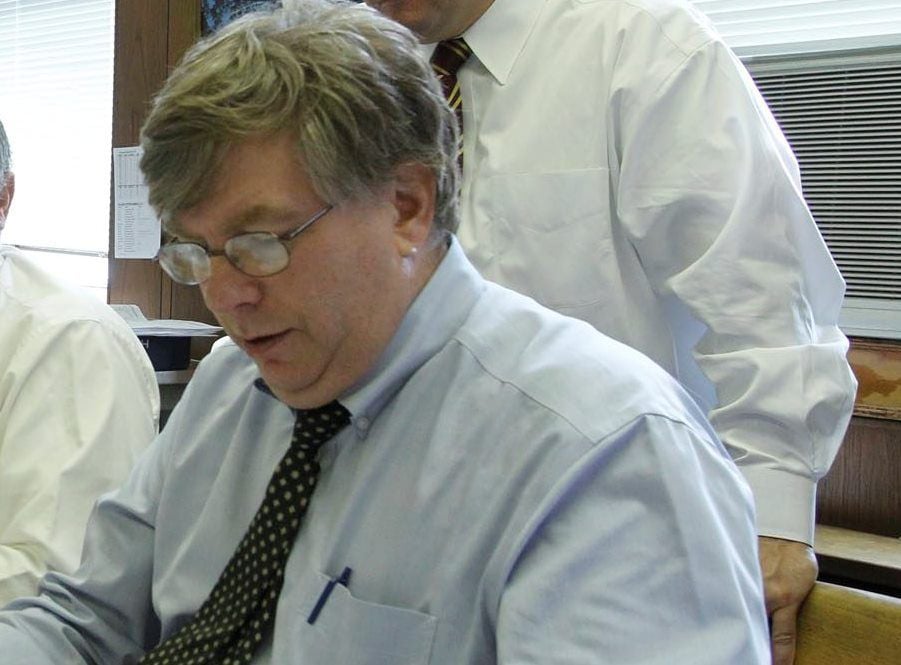 State Supreme Court Judge Frederick J. Marshall is the only one of six major party candidates for judge in Western New York to receive the highest grade from the Erie County Bar Association and four other legal organizations that rate the region’s judicial candidates.

But when it came time for bosses of the Democratic and Republican parties to hand out the coveted “cross-endorsements” that give candidates a virtual free ride to victory, Marshall didn’t make the cut.

They did, however, award cross-endorsements to the former secretary of the Erie County Democratic Party who had the lowest Bar Association ranking of all the six candidates. Also getting that cross-endorsement nod were two candidates whom voters twice rejected in previous elections for state judge, including the brother of the former chairman of the Niagara County GOP.

Those cross-endorsements – especially the decision to snub a highly respected incumbent like Marshall – baffled and upset many attorneys in Western New York, including some who say the state’s system for choosing judges needs reform.

It’s wrong, those critics say, for a handful of political party bosses to sit in a closed door room and decide who will get 14-year terms as state judges, essentially taking that decision away from more than 930,000 registered voters in an eight-county area.

“It certainly doesn’t pass the smell test,” said James A. Gardner, a University at Buffalo Law School professor who teaches about election law and constitutional law. “I think cross-endorsements are terrible, an appalling defeat of the whole concept of democracy and self-rule.”

Richard G. Abbott, a Kenmore lawyer who used to serve on the Erie County Bar Association’s committee for screening candidates, said he was astonished when he heard Marshall had been bypassed.

“Cross-endorsements usually have been reserved for sitting judges who are well-respected in the legal community,” he said. “Judge Marshall certainly fills that bill.”

So why didn’t Marshall get cross-endorsed?

Erie County Republican Chairman Nicholas A. Langworthy said his loyalty is to his party, not to Marshall or any individual candidate.

“My goal is to pick the best candidates we have to win three seats,” he said.

With two other Republicans cross-endorsed and virtually certain to win, he said, “I felt Fred Marshall gives us the best chance to win the open seat. He’s an incredibly strong candidate ... We’re going to do everything we can to help him win, and I believe he will win.”

Before he resigned last month as elections commissioner, Ward gave a $13,000 raise to his top aide on the Elections Board – Arthur O. Eve Jr. – just hours before Eve and several of Eve’s political allies voted in Ward’s favor at the judicial nomination convention.

Ward would not comment for this story. But he previously said: “There was no quid pro quo. I knew 80 to 85 percent of the delegates in that room, most for more than 10 years. It was not hard for them to vote for me.”

Both Langworthy and Zellner said they did not invent the cross-endorsement process, which has been used to pick judges throughout the state for decades.

“It’s not just me and Nick in a room,” Zellner said. “I’m not the all-powerful Oz, behind a curtain, picking these candidates. ... I work within the system.”

But Buffalo attorney Dennis C. Vacco, who has been active in Republican Party politics for decades, is among lawyers who feel that system is broken.

“It doesn’t work anymore,” said Vacco, a former state attorney general. “A sitting judge who has been barred from any political involvement for 14 years should not be suddenly be forced to play in the political pond. It puts that judge at a disadvantage.”

“It’s preposterous,” he said “Some good people do get elected, but when it happens, it’s an accident. The choices are mostly based on who is politically wired, who knows whom, who raises the most money for the parties. It’s cronyism.”

Bar Association volunteers spend many hours investigating, interviewing and rating candidates for judgeships, she said. She said she doesn’t know if Democratic or Republican party leaders give any consideration at all to the ratings when choosing to cross-endorse candidates.

The cross-endorsements for state Supreme Court judge were made by Democratic and Republican party leaders from Erie, Niagara, Allegany, Cattaraugus, Chautauqua, Genesee, Orleans and Wyoming counties who held a “judicial nomination convention” Sept. 22.

Both Langworthy and Ward deny that they hand-picked the four cross-endorsed candidates. They said party chairmen and delegates from seven other counties were involved in discussions that led to the selections.

Historically, though, Erie County’s party leaders dominate the meeting, because that is where most registered voters live.

Five state Supreme Court judges will be chosen in the Nov. 4 elections, and the 14-year position pays $174,000 a year.

There are currently 31 such judges in the eight counties, with 26 serving in Erie County, four in Niagara County and one in Chautauqua County. The judges handle criminal cases and a wide variety of non-criminal matters, ranging from divorce cases to large and complex business disputes.

Every judge candidate who has ever been cross endorsed in Western New York has won his or her election.

The four candidates who received cross-endorsements in September were:

– Donna M. Siwek, 53, an incumbent State Supreme Court Judge and highly respected Republican who was elected in 2000. The Erie County Bar Association gave her its second-best rating of “well-qualified,” but she got the highest possible ratings from four other organizations. GOP leaders declined to say why they chose to cross-endorse Siwek instead of Marshall.

– Ward, 63, the former Erie County Democratic Elections Commissioner. An Amherst attorney and politician who until last month was secretary of the county Democratic committee. The Erie County Bar gave him its third-best rating of “qualified.” Because of his job with the county Elections Board, he was not allowed to campaign for a judgeship until the cross-endorsement was given to him.

– E. Jeannette Ogden, 58, a Buffalo City Court judge since 1995. A Democrat, she was defeated in races for state judge in 1999 and 2000. Democratic Party leaders said she was cross-endorsed because of her excellent qualifications, and also because it is difficult to get minorities elected in the eight-county region. A former Erie County prosecutor, Ogden received the Erie County bar’s second-best rating.

– Paul B. Wojtaszek, 48, who for 17 years was the confidential law clerk to State Supreme Court Judge Russell P. Buscaglia. Like Ogden, Wojtaszek was rejected by voters in two previous state court races, in 2010 and 2013, when he ran with Republican endorsement. A former Niagara County legislator, former Niagara County prosecutor and former assistant state attorney general, Wojtaszek is also the brother of Henry Wojtaszek, former chairman of Niagara County’s Republican Committee. The Erie County bar gave him its second-best rating.

In addition to Marshall not getting cross-endorsed, John J. DelMonte, 60, a longtime attorney from Niagara Falls also was snubbed. A Democrats, he got the Erie County Bar’s second-best rating of “well-qualified,” and is well respected among lawyers.

When he found out that Democratic and Republican leaders decided not to cross-endorse him, the 63-year-old Marshall said he was “disappointed, and to be honest, quite embarrassed.”

He is now campaigning hard for re-election and spending a lot of money, with extensive media advertising, in an eight-county judicial district where Democrats by far outnumber Republicans, 403,000 to 285,000.

Marshall said he expects to spend about $200,000 on the campaign, including $100,000 of his own money that he has loaned to the campaign and does not anticipate getting back.

“This campaign is going to cost me about twice as much” as it would if he had been cross-endorsed, Marshall said.

Marshall spends his nights on the campaign trail while during the he presides over an emotional and complicated liability trial from the Flight 3407 airliner crash in Clarence Center.

While disappointed about not getting cross-endorsed, Marshall also said he recognizes politics is a two-edged sword,

“Over the years, I have benefitted at times from politics,” he said. “I was an Erie County legislator for 12 years. I know a few things about politics. When you get into the political process, you take the bad with the good. I don’t regard facing the voters in a contested election as a bad thing. It gives them a choice. That’s the essence of the democratic process.”

He said he has worked hard on his campaign for the past year, and he feels his 34 years of experience as a trial attorney would help him to become an excellent judge.

“I’ve stood in courtrooms in front of judges thousands of times over the years, with thousands of clients of all kinds,” DelMonte said. “If I’m fortunate enough to be elected, I’ll never forget that. I’ll always give every person an opportunity to feel like their case is being treated with dignity and respect.”

The brother of former Assemblywoman Francine DelMonte, D-Niagara Falls, DelMonte said he got a fair chance to present his case for cross-endorsement to both major political parties. Asked if he is bothered that he was not selected, he would not answer.

DelMonte received the Erie County bar’s second-best rating. As someone who usually practices in Niagara County, he said he is proud that the county’s bar association gave him its highest ranking of “superior.”

No local attorney had harsher things to say about this year’s cross-endorsements than G. Steven Pigeon, a former chairman of Erie County Democrats who holds the current leadership in low regard. Pigeon said he is especially upset with the cross-endorsement of Ward, a longtime political rival whom he called “the hack of hacks ... an ego-driven man who has shown no judicial qualities.”

Pigeon also criticized the cross-endorsement of Wojtaszek, saying Wojtaszek got a free ride because of the political clout of his brother and his close ties to State Sen. George D. Maziarz, R-Newfane,

“The whole thing smells to high heaven,” Pigeon said. “To give cross-endorsements to less-than-stellar non-incumbents is just wrong ... I think it was the dirtiest of back-room deals made by Nick Langworthy and Zellner, as directed by Dennis Ward.”

Ward did not respond to repeated telephone calls and emails seeking his comment for this story.

In Zellner’s view, Pigeon is the last person who should be criticizing cross endorsements.

“Steve had a terrible reputation for losing judgeships for the Democrats, and for cross-endorsing cronies,” Zellner said.

Wojtaszek said he believes his cross-endorsement resulted from his qualifications and experience, especially his 17 years of service to Judge Buscaglia.

The race for Amherst town justice has heated up as Tuesday's primary nears, with the contestants and their allies trading allegations of conflicts of interest and ethical violations in their campaigns.

Judge Frederick J. Marshall said he was disappointed and embarrassed when he discovered Democratic and Republican leaders decided not to cross-endorse him. He says his campaign will cost twice as much as a cross-endorsed campaign.