As Martin Gugino walked up to advancing Buffalo police officers, he started to talk to them about their batons.

"Push him back," yelled at least two other members of the Buffalo Police Department's riot squad.

Almost immediately, officers pushed the then 75-year-old protester, who fell backwards to the ground and cracked his head on the concrete.

A new visual perspective of the scene – the police officers' point of view – from last June was revealed Monday when the Buffalo Police Department released body-worn camera footage. The department provided more than 16 hours of bodycam videos of police activity from that day to The Buffalo News, which requested it under the state's Freedom of Information Law.

The incident in front of City Hall garnered international attention and criticism after a journalist's video went viral.

But in the new footage, for the first time, you hear officers yell "push him back" right before Gugino is shoved.

The police who cleared Niagara Square on the night of June 4 were enforcing an 8 p.m. curfew enacted by Mayor Byron Brown in the wake of daily protests against police violence here and across the country that followed the police killing of George Floyd in Minneapolis.

The newly released footage shows Gugino, with a motorcycle helmet in his left hand and a cellphone with a lime green case in his right, face to face with officers in riot gear.

"You're using those sticks," Gugino said to officers as he approached, noting the batons most of them carried.

A few seconds later, an officer carrying one of those batons, and another using his hand, shoved Gugino. The protester lay on his back with a fractured skull, blood coming from his ear.

One of the videos provided to The News was footage from the body camera of Officer Robert McCabe, one of the two members of the department's Emergency Response Team who had been charged with felony assault for shoving Gugino. A grand jury last month declined to indict McCabe or Officer Aaron Torgalski, the other officer charged in the incident.

The newly released videos show the incident on three separate body-worn cameras. On McCabe's camera, Gugino is out of the frame when he hits the ground. His motionless body reappears for a split second, with blood collecting on the ground beneath his head, as McCabe briefly stops and bends toward him before being moved forward by a supervisor.

The footage from McCabe's camera has no audio until about 20 seconds after Gugino is pushed.

Attorneys for Gugino last month filed a federal civil rights lawsuit against the city and members of the police department.

Gugino's attorneys also filed a request with the police department under the Freedom of Information Law within a couple weeks of the incident but have yet to receive any copies of the video, said attorney Melissa D. Wischerath.

Had the video shown actions that supported the city's policies, the department could have been expected to release the footage within days of it happening, Wischerath said.

"The fact that they held it until now, it just further shows a lack of transparency around incidents of excessive force," she said.

The incident drew international attention after WBFO reporter Mike Desmond captured it on video. The video, posted on Twitter, had been viewed 85.2 million times as of early Monday afternoon.

Just about an hour ago, police officers shove man in Niagara Square to the ground (WARNING: Graphic). Video from: @MikeDesmondWBFO pic.twitter.com/JBKQLvzfET

Attorneys for the officers have argued "this was not a vicious shove or anything of that nature," said attorney Thomas H. Burton, who represented McCabe.

A thorough analysis of the video reveals more than what's discernible at regular speed, Burton said.

"In this instance, the bodycam footage was extremely helpful for the cops involved," he said.

The precise order and timing of which troops get the cameras will depend on upgrades at 250 barracks statewide.

Trial in Martin Gugino lawsuit not likely until 2024

The protester's federal civil rights lawsuit against the City of Buffalo and members of the Buffalo Police Department won't get to trial "any time before 2024 at the earliest," a judge said.

One year later, Martin Gugino looks back and hopes he made a difference

Martin Gugino had no idea that he would become the unwitting star of a viral video that rocketed around the world drawing millions of views and more attention to the question of what policing is supposed to be.

Lawyers for Martin Gugino have filed a widely anticipated lawsuit against the City of Buffalo.

Eight months after two Buffalo police officers were suspended and charged with felonies for pushing Martin Gugino to the ground in front of City Hall, a grand jury decided not to indict them.

'I'm good. The city is not good': Man pushed by police speaks at protest

Martin Gugino spoke to reporters Wednesday while attending a protest regarding police misconduct.

The two Buffalo police officers who shoved and injured a 75-year-old peaceful protester at a demonstration last month in front of City Hall in an incident that garnered international attention remain suspended from their jobs, but are now being paid. 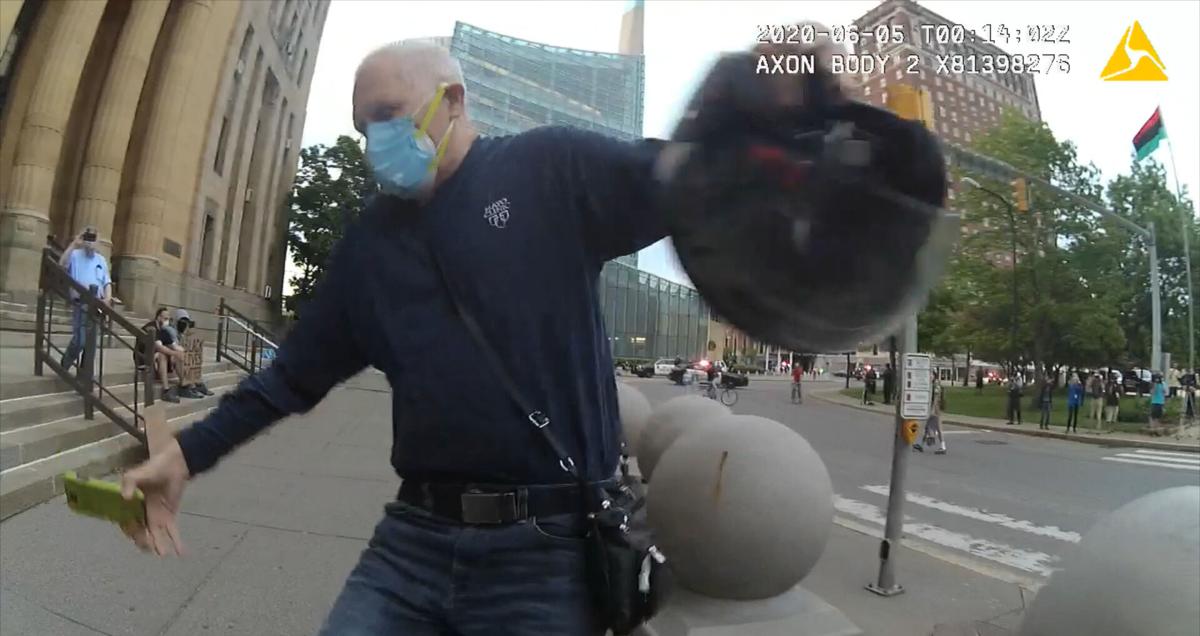 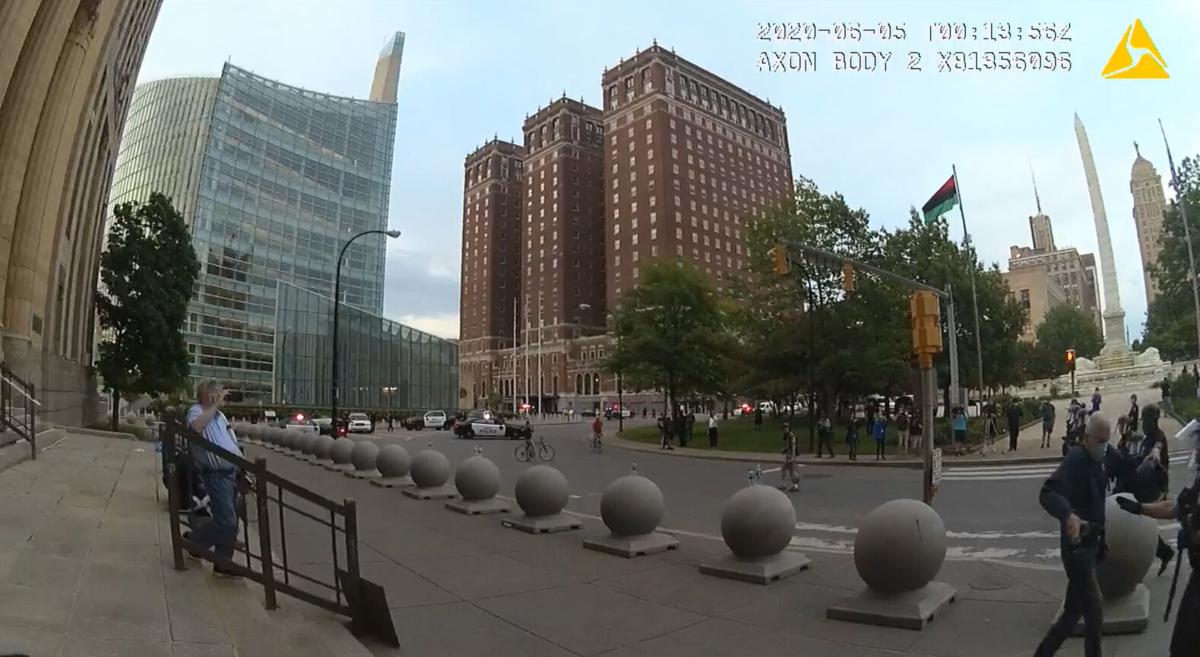