The officers' body camera footage captured the moment they ran into the burning building, as well as when a woman and a child jumped to safety from a second-story overhang.

"These are the kinds of things that we train for," said Buffalo Fire Department Capt. Peter Fantigrossi, one of the firefighters honored during a news conference in the Dillon Public Safety Headquarters.

Firefighters and police responded to the two-alarm blaze in the two-family home at 80 Sidney St. just before 11:25 a.m. The six people who were inside the home when the fire began escaped unharmed, Fire Commissioner William Renaldo said.

City officials released video clips from the three officers' body cameras. The footage showed smoke coming from the roof area of the structure as police officers arrived. A child sat on a second-story ledge at the front of the home with a woman's upper body sticking out of the window behind him. Three adults were looking up at the boy with their arms outstretched. A man caught the boy when he jumped down near the porch stairs.

With the child on the ground, the officers then entered the first floor of the house, just off Fillmore Avenue, north of East Ferry Street, to check if anyone else other than the woman was still inside.

When they came back out of the house, firefighters carried a ladder toward the home, in front of the porch. Before the ladder could be set up to reach her, the woman trapped on the second floor jumped down onto the porch into the waiting arms of an officer and another man.

There was a lot going on when police arrived, and many members of the public were emotional because of the circumstances, McLean said. He said he tried to control his emotions and do the best he could to respond.

"I'm just glad we were all really able to work together, even though we're separate departments," McLean said. "And the community helped us tremendously."

Mayor Byron W. Brown, along with fire and police department brass, praised the actions of the firefighters and officers.

"The work that you see on these videos is work that's representative of what police officers and firefighters do on a regular basis," Deputy Police Commissioner Joseph A. Gramaglia said. "We're extremely proud of the bravery shown by everybody in this video."

The fire on Sidney Street started on the house's second floor and extended to the attic. Its cause is under investigation.

'We got you!': Cheektowaga cops stand on cruiser to rescue fire victims

Officers William Cookfair, Brendan Tomasulo, Joshua Donovan and Jeffrey Scaglion were responding to a call about a house fire on Preston Road at about 12:20 a.m. Friday. 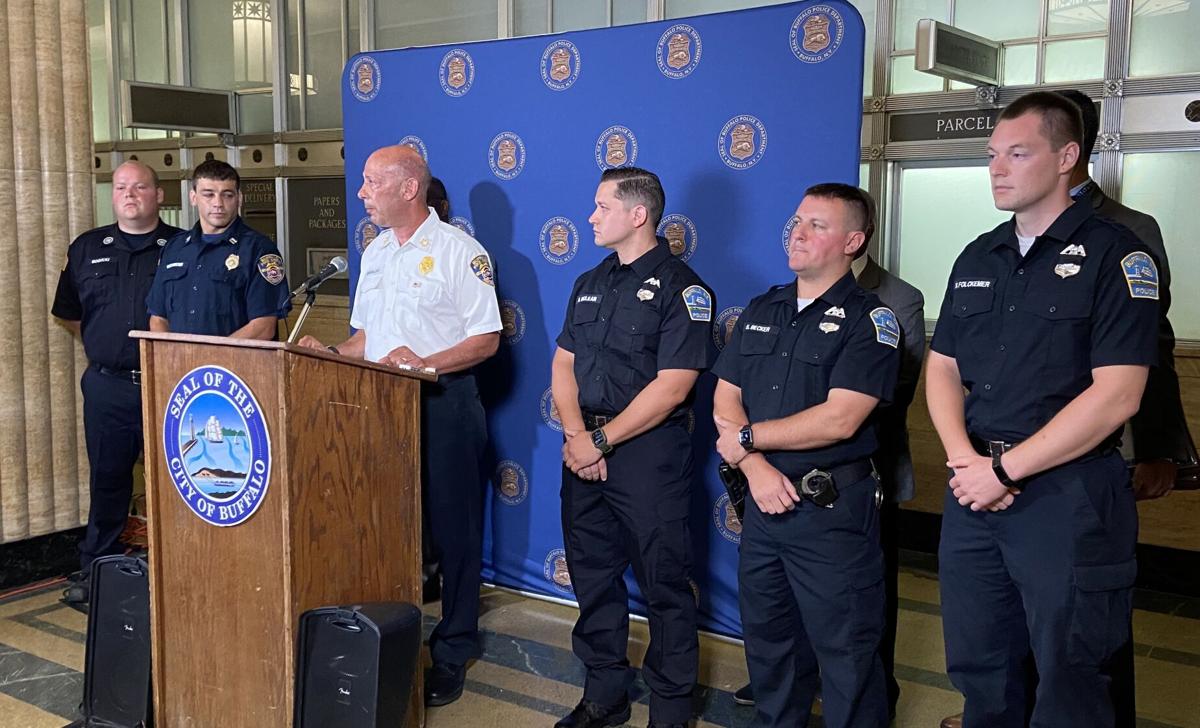 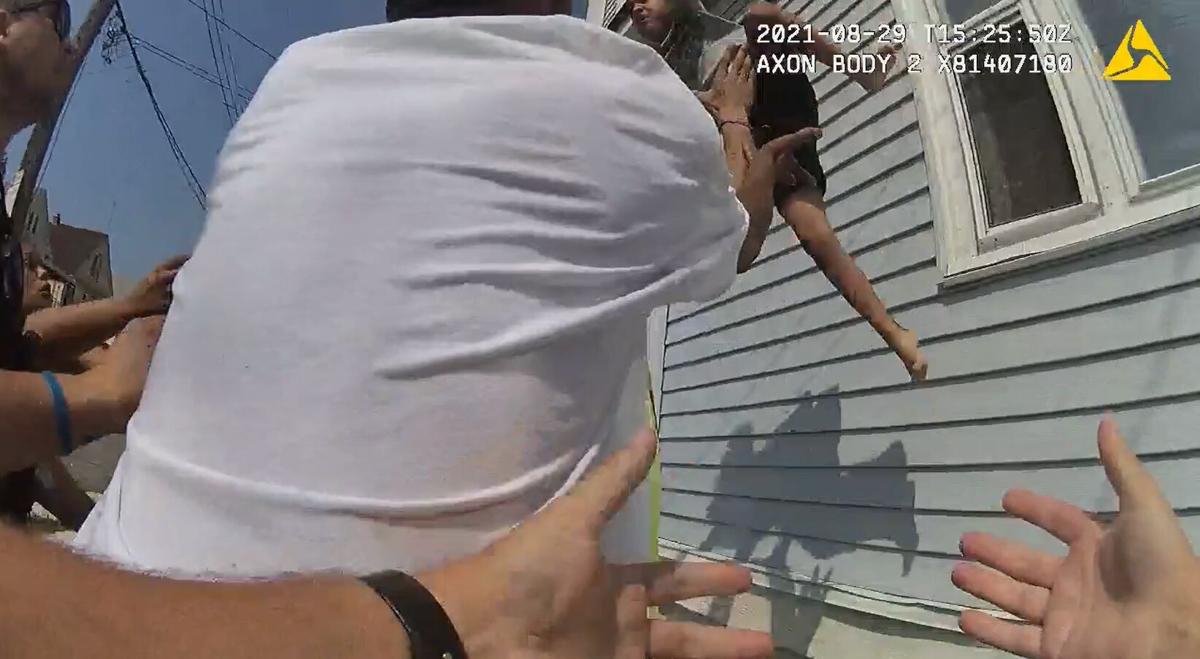 Police-worn body camera footage capture the moments a boy and a woman jumped to safety from a burning house on Sidney Street.