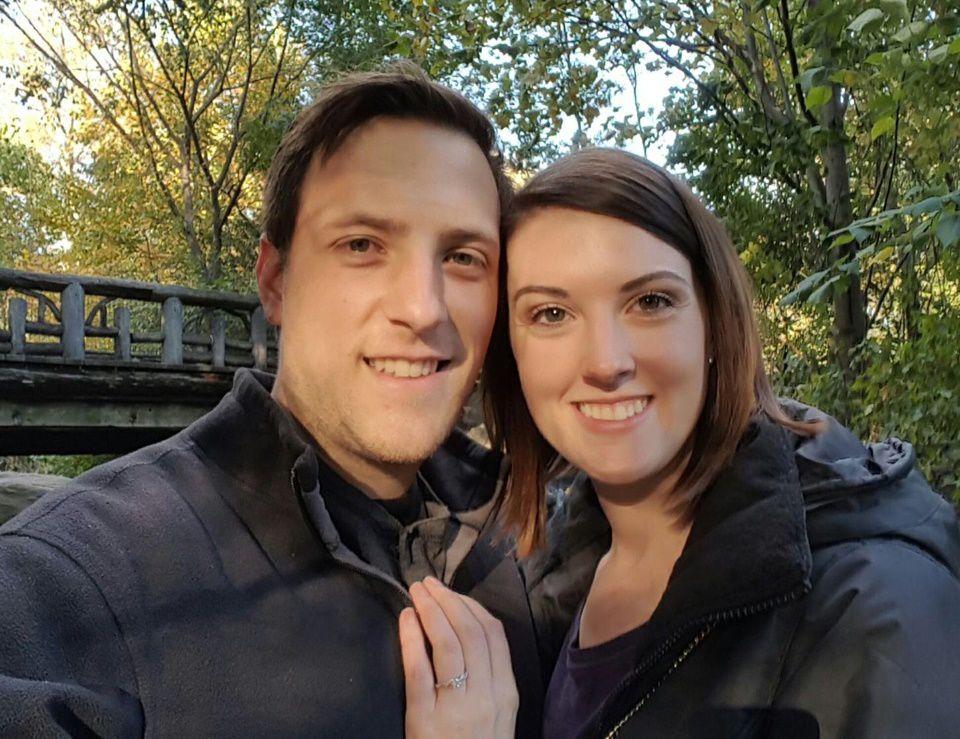 Brendan Seney and his fiancee Julia Kester were walking home from the New Year's Eve ball drop with friends with they saw pedestrians hit on Richmond Avenue. (Submitted photo) 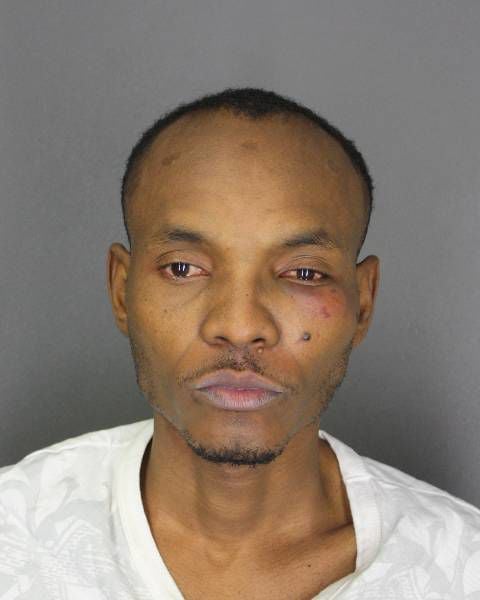 Brendan Seney, his fiancee and three friends from out of town were walking back to his West Side home from downtown after watching the 2017 New Year's ball drop when suddenly there was a loud noise. Two cars had collided and four pedestrians had been hit.

"I was a Boy Scout when I was younger and I knew enough that when someone is bleeding you have to stop it. I took off my gloves and got my belt and put it around his thigh as a tourniquet," said Seney, a 26-year-old University at Buffalo graduate student.

Others were also helping the injured on Richmond Avenue, between Connecticut and Bryant streets, just after 1 a.m. Sunday when shouts filled the air that the driver, whose car had hit another vehicle before striking the pedestrians, was trying to escape.

Kester got up and started running toward Abdikadir M. Jaffar's 2011 Prius, which had come to a stop in front of 206 Richmond Ave. As she ran, police said, she pulled out her cellphone and started taking photos of the car. Another person reached the vehicle and removed Jaffar and held him until police officers Joseph Nigro and Steven Maslowski arrived and charged him with driving while intoxicated.

Nate was rushed by ambulance to Erie County Medical Center, where doctors amputated his left leg below the knee. He was listed in fair condition Monday night in the hospital's intensive care unit.

"The young man could have bled out right there in the street if he hadn't been assisted," said Lt. Thomas J. Leatherbarrrow, commander of the Buffalo Police Department's accident investigation unit. "It is a tragedy but thank God the kid survived the injury."

Nate's father told The News Monday evening that he was at ECMC with his son but did not want to comment.

Leatherbarrow offered praise for the quick response by Seney and the others, saying, "It shows how good people are."

Seney, who is majoring in urban planning at UB, downplayed his actions.

"I want to say there were a lot of other people around after the crash who jumped in and helped the other victims," he said. "My actions were just like everyone else's. I just happened to get to the victim who was more seriously injured first."

With Jaffar detained, Kester, a 26-year-old art teacher at St. Mary School in Swormville, returned to help care for Sheppard until the injured man was taken to ECMC. Listed in serious condition Monday night, Sheppard was moved from the ICU to a regular hospital room and was scheduled to undergo surgery Tuesday, authorities said.

Benjamin Weigel, 14, a friend of Nate's, suffered minor injuries. The two friends were on their way to another friend's home when they were struck, police said.  Benjamin was treated and later released from ECMC. The fourth pedestrian, Wesley Bishop, 23, was also treated at ECMC and released.

Jaffar, who turned 31 on Sunday, is from Utica and claimed he was in town to visit relatives. He was taken to ECMC, where a blood sample was drawn to determine his blood-alcohol content.

Officer Robert Heidinger, an accident investigator, is continuing his probe of the crash, in an attempt to determine how fast Jaffar was driving south on Richmond when he crashed into the 1999 Honda. Two of the occupants in that vehicle were treated in ECMC and later released.

Seney says he is still trying to take in all that happened as he was heading home from what he felt was a great way to begin 2017 – watching the ball drop with the woman he plans to wed; his longtime friend Timothy Mullen from Cooperstown, and a couple from New York City.

"I was across the street when I heard the crash. I think I saw people in the path of the car. I ran over and Tim called 911," Seney said. "I'm not sure I've processed it all."

But he is certain of one thing – that he is glad he was given the chance to help save Nate Kahn's life.

"He probably has a long road ahead of him," Seney said, "but I'm happy for him and his family that he is alive."

Courtland M. Renford admitted he threw a burning laundry basket through a broken City Hall window during a protest in Niagara Square.

A report of "shots fired" in the vicinity of 1290 Sweet Home Road, Staybridge Suites Buffalo-Amherst, came in at 1:09 a.m., police said in a news release.

The shooting happened on Elmwood, between Allen and North streets, shortly before 11:30 p.m., police said in a news release.

A 58-year-old motorcyclist from Buffalo was killed in a collision with a wrong-way driver in Niagara Falls, according to city officials.

Federal prosecutors accused Strock Contracting of fraudulently claiming to be owned and operated by a veteran with a service-related disability.

An officer at Attica Correctional Facility escaped serious injury thanks to two pens his pocket when an inmate reportedly attacked him with a sharpened metal object.

Troopers said Daniel C. Giovino, 23, was speeding when he failed to negotiate a curve in the roadway.

Brendan Seney and his fiancee Julia Kester were walking home from the New Year's Eve ball drop with friends with they saw pedestrians hit on Richmond Avenue. (Submitted photo)