UB hit with $2.2 million verdict after study volunteer undergoes emergency surgery
0 comments
Share this
Support this work for $1 a month
1 of 2 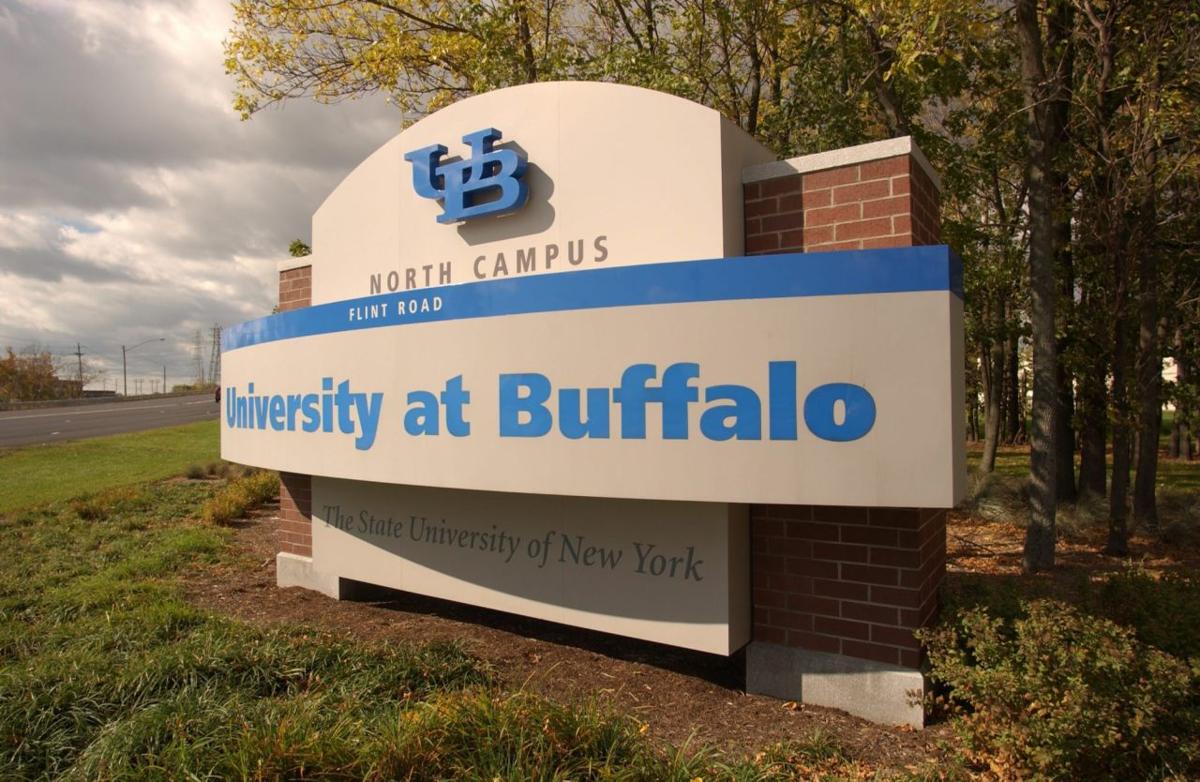 UB will reopen in the fall under a "modified in-person" format. (News file photo) 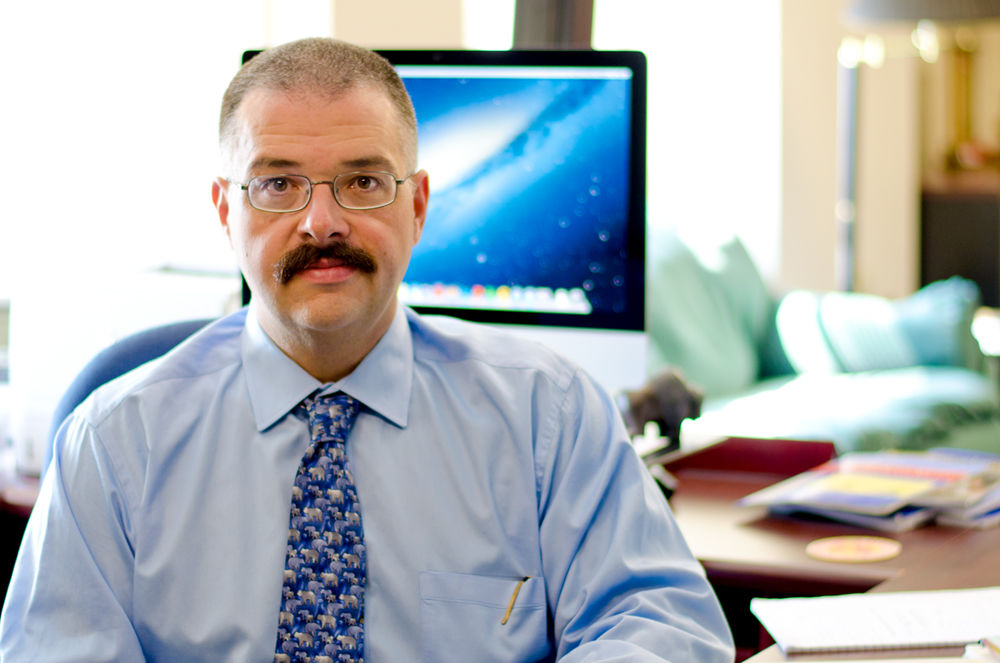 A student participating in a University at Buffalo study in 2015 was told to swallow a tiny device – a capsule that would let researchers monitor his core temperature before it passed out his digestive tract.

Within hours, Andrew C. Huegel felt severe stomach pain that went on for days. He was vomiting and felt nauseous. He became dehydrated, and his weight dropped.

The study's investigators assured him that something other than the temperature pill was to blame. But he eventually needed emergency surgery to remove the section of small intestine where the pill had lodged.

Days ago, Court of Claims Judge J. David Sampson awarded Huegel almost $2.2 million and ordered the university to pay for Huegel's initial surgery and the two follow-up surgeries he needed.

The judge found that UB, through the research team, had been negligent in the way it cleared Huegel for the study, administered the pill and dealt with the serious health issues that arose. And while the student had been given a statement of risks, which spoke of the small chance the pill could become lodged, it said nothing about the possibility of surgery to remove it, the judge wrote.

In a statement Tuesday, the university said it disagrees with the decision and expects an appeal.

"There have been more than 40,000 instances worldwide of this capsule being used in volunteer research subjects without any incident," said the statement provided by John DellaContrada, the vice president for communications. In it, UB called Huegel's medical conditions "very unfortunate" but said it "doesn’t believe it has any liability in this case."

DellaContrada did not comment on the fact the judge found principal investigator David P. Hostler III "less than credible" when he testified in September that he didn't know the CorTemp capsule is a prescription medical device that must be used under a physician's direction. The five-day trial showed no physician was involved when the study's participants were given the capsule. Physicians were involved in the study's first phase, at the University of Pittsburgh, where Hostler also was a part of the research team.

Hostler did not respond to a request for comment from The Buffalo News.

Hostler's experience as a firefighter, paramedic and hazardous materials technician has motivated his research, according to his UB bio. The study that drew in Huegel was financed by the Federal Emergency Management Agency and focused on the recovery time firefighters need after battling a blaze with air tanks. It began at the University of Pittsburgh when Hostler was a researcher there, and moved to UB when Hostler took his UB job, according to testimony in the case. In Pittsburgh, the researchers studied actual firefighters during controlled burns. In Buffalo, they used volunteers for simulated exercises.

Huegel was 22 at the time and a sophomore majoring in exercise science. He filled out a questionnaire, read a statement of risks and learned he would be swallowing a CorTemp capsule. But a physician was never involved in screening him, according to the 38-page decision signed by the judge.

Lawyers for Huegel contended that a physician who had read his references to belching and gas on the health questionnaire would have followed up and learned that Crohn's disease, which causes inflammation and scarring in the intestines, was present in his family.

"That should have been a red flag to at least have the people who were running the study do some further investigation for the purpose of excluding him," said attorney Brian R. Hogan of the Brown Chiari law firm. He and the firm's Timothy Hudson pursued Huegel's claim.

Huegel's complaints about pain and nausea were heard by Lindsey Ray, an investigator helping Hostler conduct the study. Ray testified that she reported the student's condition to Hostler, and Hostler reported back that he likely had a bug. Neither believed the problems stemmed from the capsule, according to the record in the judge's decision.

Another Hostler assistant, Deena Campbell, had held up a device to read the signal coming from Huegel's pill, and when she couldn't receive any data figured the pill had passed through, the record says. But it turned out to have been a false reading.

The judge wrote that no one ever told Huegel to go see a doctor. But Huegel eventually went to his primary care doctor, and on June 6, 2015 – 26 days after he had swallowed the pill – he underwent emergency surgery at Mercy Hospital. The surgeon, Dr. Jeffrey P. Steinig, testified that the pill had created a bowel obstruction that could have led to a perforation, sepsis and even death.

The medical expert hired by Huegel's lawyers testified that the removal of one section of small intestine puts Huegel at a disadvantage going forward in life. Most Crohn's patients will need a section of intestine removed, and the more it's done the more it can create issues with digestion, the doctor testified.

Huegel had played football and wrestled during his four years at West Seneca West High School. Now, his ability to perform manual labor is limited, the court record says.

He does work, usually operating a loader at the family business, Buffalo and Orchard Park Topsoil, and at TrainSMART Buffalo. He graduated from UB in 2017.

Two 18-year-olds, a 17-year-old, a 16-year-old and a 15-year-old have been indicted in connection with armed robberies in late July.

Police arrested three juveniles, all female, and charged them with inciting to riot, a misdemeanor. One of the three also was charged with resisting arrest.

Not again: Another truck crashes into City of Tonawanda train bridge

The bridge is still there. The trucks are still too big for it.

Michael A. Szafran, 43, was placed on probation for five years.

The officers were taken to Erie County Medical Center, where they were treated for non-life-threatening injuries.

Two double shootings left four people wounded overnight Friday and a fifth person arrived in a private vehicle at the hospital saying he had been shot in a third incident, police said Saturday.

UB will reopen in the fall under a "modified in-person" format. (News file photo)