Subscribe for $1
Read Today's E-Edition
Share This
Three years after City Hall raid, mayor has no records from FBI search
0 Comments
Share this
Support this work for $1 a month
Charlie Specht

It took less than a month for the Justice Department to make public documents explaining why FBI agents stormed into Mar-a-Lago this month and what classified records they seized from President Trump's Florida estate.

But nearly three years after the FBI conducted a high-profile raid at Buffalo City Hall, federal prosecutors haven't told taxpayers why agents executed a search warrant at a city agency chaired by Mayor Byron W. Brown and what records they took from it.

Brown's administration isn't doing much to clear up the mystery.

The Buffalo News filed a Freedom of Information Law request with the city's attorneys for public records related to the Nov. 6, 2019, search of Buffalo Urban Renewal Agency offices on the ninth floor of City Hall.

The News requested a copy of all "court orders and subpoenas sent by the FBI, IRS, HUD, U.S. Attorney's Office and other federal agencies to the Mayor's Office, BURA and any other city agencies or authorities since 2015." The News also requested a copy of the search warrant from the November 2019 raid.

The administration's initial response was to ignore the request for nearly six months. New York's open records law requires government agencies to respond to records requests within five business days and to either provide the records, deny the request if the records are exempt from FOIL or provide a "date certain within a reasonable period ... when the request will be granted in whole or in part."

Despite repeated telephone and email inquiries from The News, city lawyers did not issue a written response to the request until Aug. 1 – 155 business days after the original request.

"It’s outrageous for you to have to wait eight months, nine months, for the city to respond to your FOIL request. That just shouldn’t happen," said Paul Wolf, president of the nonprofit group New York Coalition for Open Government. "This is not how the system is supposed to work. It’s not supposed to be this hard to obtain information."

Assistant Corporation Counsel Will Mathewson last week said the city, "including the mayor's office and other departments, has diligently researched your request," but "found no records responsive to your request. The city did not intend to ignore or deny your request, as it has no records to provide."

Through spokesperson Michael J. DeGeorge, the mayor declined an interview request to explain the delay and the reason the city does not possess any documents relating to the high-profile raid, which involved agents carting out dozens of boxes of records from City Hall as TV news cameras broadcast the scene.

Anthony M. Bruce, who worked as a federal prosecutor in the U.S. Attorney's Office in Buffalo for 38 years, said federal law requires agents to present subjects of a search with a copy of the warrant and a list of what was removed during the search.

The day after the search, Brown said he was not contacted by investigators and he doesn't know what they were investigating.

"Of course I am interested. Of course I am concerned," Brown said. "If they are conducting an investigation, they will conduct it, and conclude it at some point."

Mathewson, the city lawyer, said his office "is not the appeals officer or counsel for the Buffalo Urban Renewal Agency, or other entities separate and distinct from the city." While BURA is a separate legal entity, the mayor serves as its chairman, and its primary role is to distribute federal anti-poverty money and promote community development programs.

In October, prior to Brown's re-election to a record fifth term in office, The News reported that the agency awarded $20 million in funds over the past eight years to contributors of Brown’s campaigns.

BURA also sold property or awarded exclusive development rights to campaign contributors without public bidding, The News found, though the Brown administration said campaign donations had nothing to do with who gets city contracts.

The News also reported in the aftermath of the 2019 search that federal agents questioned people about political operative Maurice L. Garner, a longtime Brown ally. Two sources speaking on condition of anonymity said then that they were questioned by the FBI about Garner, the founder of the Grassroots political club.

No charges against city officials

No one has been charged with a crime as a result of the federal investigations of City Hall.

At Mathewson's suggestion, The News last week sent another public records request – this one to a BURA lawyer – seeking a copy of the search warrant and property receipt from the search at its offices. Agency officials acknowledged receipt of the request, but have not provided the records.

Before Brown's re-election in November, some attorneys and former prosecutors said they believed it was unlikely anyone would be charged as a result of the federal investigation.

But it is not uncommon for federal white-collar crime investigations to take years from the time a search warrant is issued until charges are brought, said Peter J. Ahearn, who served as special agent in charge of the Buffalo FBI office from 2001 to 2006.

“Could this still be going on? Yes, no doubt about it,” Ahearn said of the probe.

The investigation also could have been delayed by the Covid-19 pandemic, Ahearn said, noting that security clearances and access to sensitive documents make it difficult for FBI agents to work remotely.

Many records relating to federal search warrants are posted on the Public Access to Court Electronic Records site, or PACER.

But the records relating to the BURA search are not.

The News asked a spokesperson at the FBI's Buffalo office if it could provide the name of the magistrate judge who signed off on the search warrant, but the spokesperson declined.

Most criminal search warrants – especially those pertaining to white-collar crime – are filed under seal, at least while the investigation is ongoing.

The Trump case appears to be an exception. Federal prosecutors, in their motion to unseal the warrant, cited "the intense public interest presented by a search of a residence of a former President."

Wolf, the open government expert, said it's "an absolute legitimate interest" for the public to know more about why the FBI searched City Hall.

"That information is certainly somewhere in City Hall, and it shouldn’t be a shell game of finding out where that is," he said.

Charlie Specht is a member of the Watchdog Team. A Buffalo native, he has won state, regional and national awards for investigative reporting.

The Editorial Board: City Hall takes six months to say it has nothing on 2019 FBI search

Someone should inform Buffalo officials that silence is not golden when it comes to an FBI-led raid in City Hall. 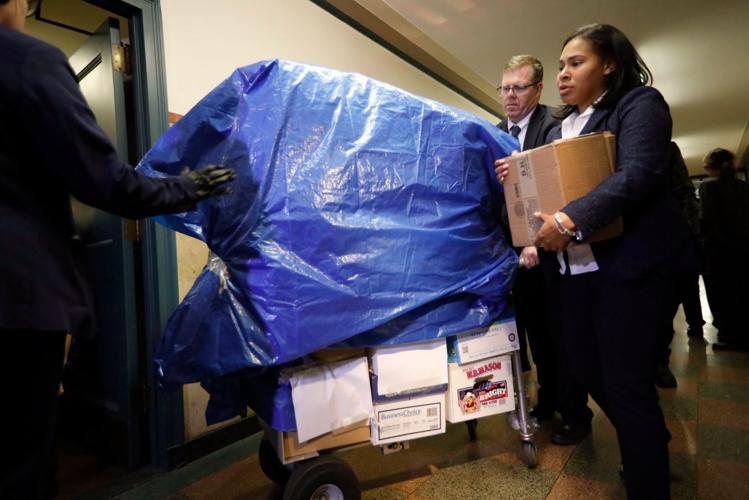 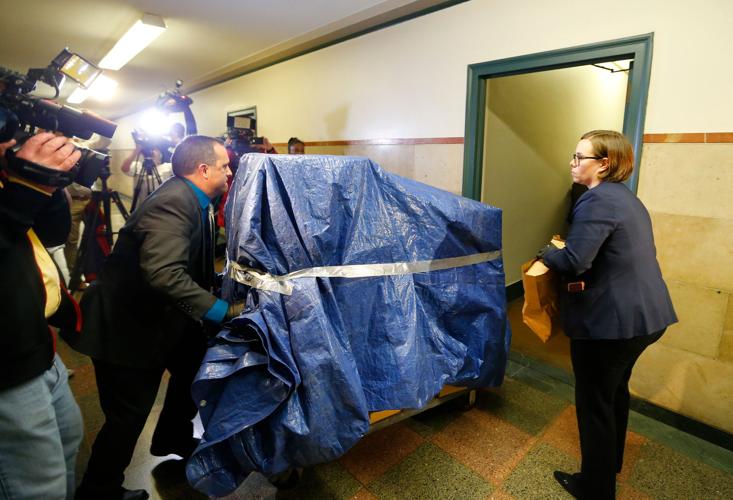 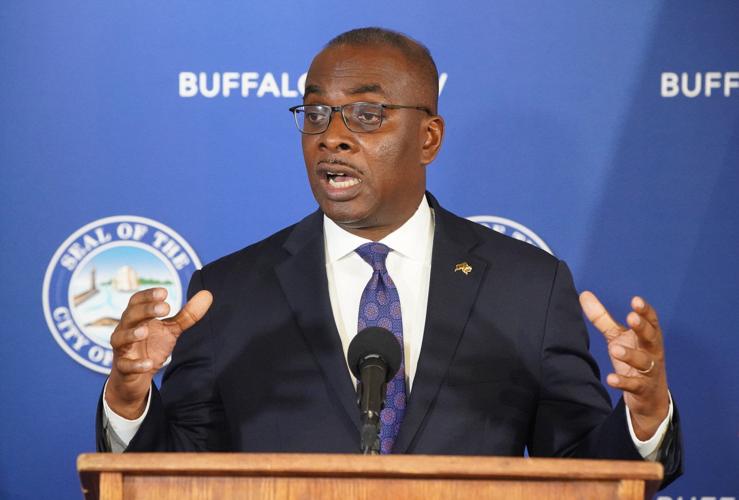 Mayor Byron W. Brown speaks with the media after taking the oath of office for his fifth term on Friday, Dec. 31, 2021.