Three Buffalo police officers were wounded in a long, wild chase full of gunfire Tuesday evening that began with a traffic stop on the West Side and ended on the other side of the city.

The officers were taken to ECMC for treatment. Gramaglia said one was in stable condition after surgery and the others sustained non-life-threatening injuries. He noted that one was struck in his bullet-proof vest and the other was struck by two shots, one in the bicep and another which grazed his ear.

Gramaglia said the officers were in separate patrol cars and were shot at different locations during the chase. One was struck on Bailey Avenue near the E District police station, he said. Another was shot at the end of the chase at East Ferry and Fillmore.

One of the suspects, who also was wounded at the end of the chase, was undergoing surgery for wounds at ECMC, Gramaglia said. There was no information on the suspect's condition. The other was taken to Police Headquarters.

Erie County District Attorney John Flynn said his chief of homicide was conferring with detectives to determine charges against the suspects.

“It was a long chase, there will be numerous charges,” he said, “but they might not be until a later date.”

Mayor Bryon W. Brown noted that no one else was injured in the chase.

“We are fortunate that no members of the public were struck,” he said.

Gramaglia said that investigation would continue at all locations along the chase, which began at Niagara and West Ferry streets shortly after 6 p.m. It ended at about 6:40 p.m. The commissioner said he believed the suspects’ car crashed.

Another suspect left the vehicle early in the chase when it stopped briefly on Niagara Street, he said.

Gramaglia said he did not know yet whether any homes or businesses were damaged in the course of the chase.

He added, “The chase in this case is within the (department’s) policy.”

Gramaglia also asked that anyone with video footage of the incident to contact Buffalo police.

Recordings of scanner transmissions and cellphone video taken by a witness showed a chaotic scene unfolding.

A recording of police transmissions indicated someone shooting at police during the pursuit.

"Apparently shooting at officers again," a dispatcher could be heard saying.

Moments later, a voice that appeared to be that of an officer can be heard.

Then another officer said: "Officer shot. We're taking the off for the hospital ... Headed up to ECMC."

Then another voice can be heard.

The dispatcher asked: "Location on the shots, guys?"

She asked another question: "Just want to confirm we do not have another officer shot at Fillmore and Ferry?

A cellphone video shared on Facebook showed the scene of the end of the pursuit at the intersection of East Ferry Street and North Fillmore Avenue, right in front of the Buffalo Police Department's Ferry-Fillmore District station.

The person recording the video was at a gas station on the northeast corner of the intersection.

A siren could be heard blaring as the video showed a marked Buffalo police SUV in the middle of the intersection. The driver's side door was flung open. There were two uniformed police officers in the intersection, one next to the car and another closer to a sidewalk. Both had their guns drawn facing west toward oncoming traffic on Ferry.

Moments later, the sound of gunfire could be heard. It's not clear who was firing. The cellphone video recorder can be heard yelling.

Gramaglia ended the news conference by noting, “There are far too many guns illegally possessed in the hands of people who should not have them. They need to spend time in prison.”

Police: 'Miracle that nobody died' in Tuesday's pursuit, gunfire

Kente Bell, the man in police custody in the hospital, is the one person police believe is responsible for Tuesday's pursuit, Police Commissioner Joseph Gramaglia said.

'It's a miracle nobody died': Radio transmissions tell tale of gun battle during wild chase

On Wednesday, new details about the gun battle that raged from the West Side to several East Side neighborhoods came to light through new information from police, interviews with sources and reviews of recordings of radio transmissions during the incident.

Man accused of trying to kill Buffalo cops has prior gun conviction, was shot in 2012

"The way that this individual was shooting from a moving vehicle showed absolutely no concern for people’s safety, no concern for human life," Mayor Byron W. Brown said.

Kente Bell is accused of leading police on a cross-town chase during which he is accused of shooting repeatedly with an illegal gun and wounding three officers before police shot him.

Bell now stands accused of shooting three Buffalo patrol officers with a gun loaded with a high-capacity magazine during a wild, cross-town chase that began at the foot of Ferry and ended in front of the Ferry-Fillmore District police station on Tuesday evening.

Erie County District Attorney John J. Flynn Jr. said investigators are trying to sort through mountains of evidence to get to the bottom of what happened.

Joseph Gramaglia, 50, who has been in the Buffalo Police Department since 1996 and has supervised every detective unit in the department, comes to his new role during a time of intense scrutiny of the criminal justice system in the U.S.

Eight reported killed at protests against military rule in Sudan 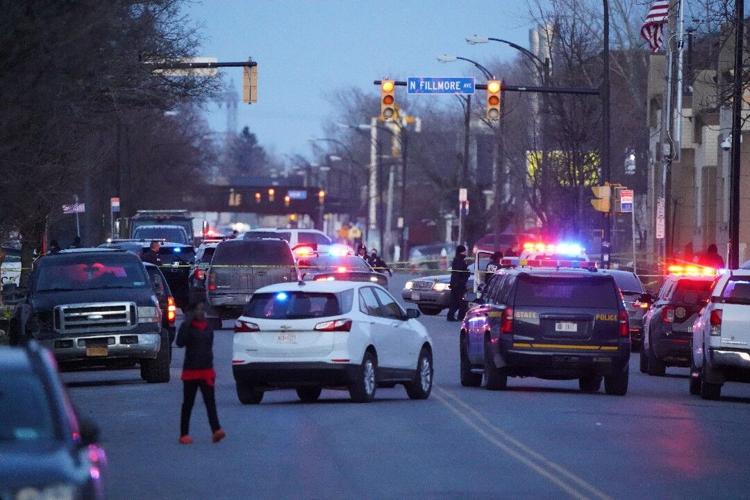 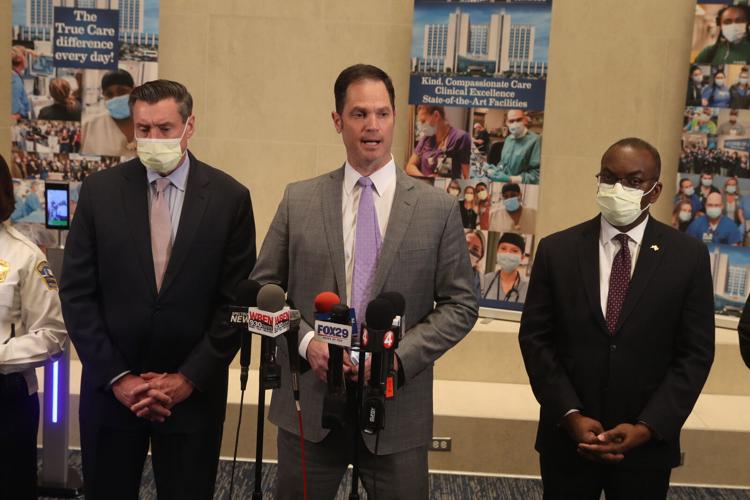