A Buffalo police lieutenant suspended after calling a woman a vulgar phrase while he was on duty last week has previously been suspended from the force four times, according to departmental disciplinary records obtained under the state's Freedom of Information Law.

Last week's incident occurred as the woman recorded video of police officers dealing with a man who appeared to be impaired outside a 7-Eleven.

The woman taking the video was upset about the size of the police response to the scene.

Lt. Michael A. DeLong was most recently suspended without pay for 30 days in 2018 after the department received a complaint about an "off-duty domestic" incident, according to records obtained by The Buffalo News.

Disciplinary records of police officers in New York State became available just last month through Freedom of Information Law requests after Gov. Andrew Cuomo signed a law enacting the change, which came in the wake of nationwide protests and calls for police reform that followed the killing of George Floyd, a Black man in Minneapolis who was in police custody.

Six of the 36 complaints against DeLong since 2001 – which varied in nature – have been "sustained," according to the records.

DeLong, who was hired in 2000, has been the subject of 13 use-of-force complaints. Two of the allegations were sustained after departmental investigations, according to the records.

DeLong was suspended without pay June 29 after posts published that afternoon on various social media platforms showed the encounter outside the 7-Eleven at Prospect Avenue and Connecticut Street.

The scene outside the convenience store captured on the woman's video showed police officers who had responded to a call of a possibly impaired and violent person.

DeLong approached the woman as she was recording the incident. During their interaction, he called the woman a derogatory phrase.

An internal affairs investigation was ordered.

DeLong was hired as a probationary police officer in July 2000, according to the records. 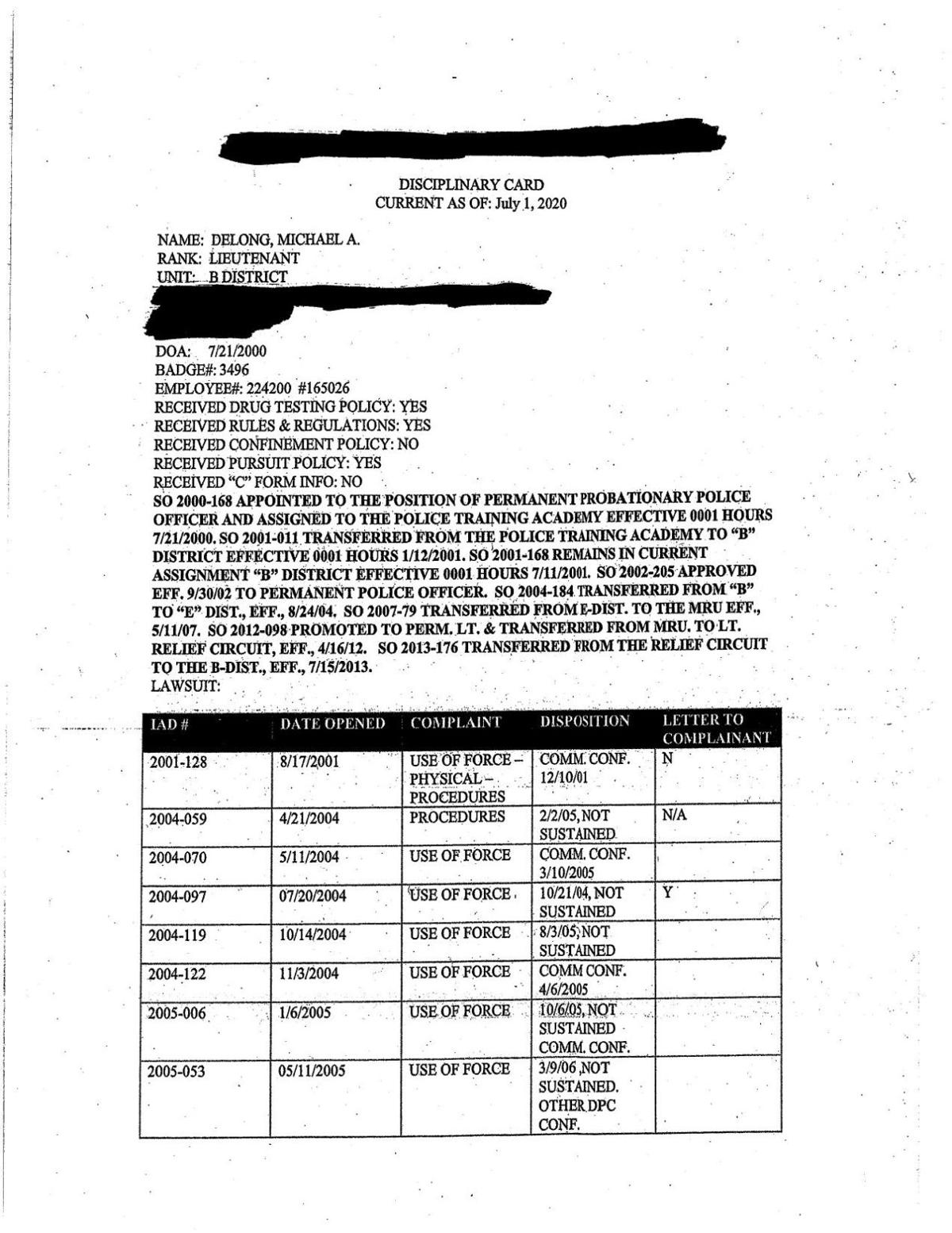 Here’s what happened with the other sustained complaints during his career, according to the records:

John Evans, head of the Buffalo Police Benevolent Association, did not immediately respond to a request for comment.

A judge temporarily blocked the city from publicly releasing three types of records: unsubstantiated allegations, pending allegations and matters that were the subject of confidential settlement agreements.