Now, a local man who was a Smallwood student from 1994 to 2000 is alleging Hariaczyi molested him, and the Amherst Central School District allowed it to happen.

The man, now in his early 30s, sued the district in July, more than 20 years after the alleged abuse.

The Amherst district superintendent’s office on Friday emailed a statement that said the district became aware last week of “troubling allegations” regarding the conduct of a former district employee. “The former employee at issue left the district in 2002,” the statement said. “The district is undertaking all appropriate steps in response to this information.”

The case against Amherst schools is among at least 720 lawsuits in Western New York filed since last August under the Child Victims Act, including a surge of more than 200 cases filed since July 24.

Statewide, about 3,800 CVA cases have been filed since last August. New York County Supreme Court so far has received the most CVA filings in the state, with 851, according to the Office of Court Administration. Erie County had the second most filings, with 636.

Most of the filings allege abuse by Catholic priests, scout leaders and teachers, although a handful of suits accuse family members, doctors and law enforcement. Just within the past two weeks, new CVA suits have targeted the Niagara County Sheriff’s Office, Amherst Youth Hockey and Big Brothers & Big Sisters of Erie, Niagara and the Southern Tier.

The Buffalo Diocese has been named as a defendant in at least 263 CVA suits in Western New York, making it the region’s most sued entity, even though lawsuits against the diocese mostly have stopped since it filed in February for Chapter 11 bankruptcy protection. Other Catholic entities, such as parishes and schools, continue to be named as defendants in many lawsuits.

A Buffalo News analysis of CVA lawsuits in Western New York found at least 43 suits against the Greater Niagara Frontier Council, a local chapter of the Boy Scouts. The national Boy Scouts of America is a defendant in 21 lawsuits that were brought before the organization’s Chapter 11 bankruptcy filing in February.

The Child Victims Act opened a 12-month window suspending the statute of limitations and allowing courts to hear civil claims in cases of alleged child sex abuse from decades ago.

Lawyers attributed the recent uptick of filings – accounting for 30% of all CVA cases in the region – to the fact that the window originally was slated to close this week.

Gov. Andrew M. Cuomo in May signed an executive order extending the window until January because of the Covid-19 pandemic, which closed state courts for several months. Legislators then passed a yearlong window extension, which Cuomo did not immediately sign.

Lawyers said they weren’t sure if the executive order could withstand an anticipated court challenge on constitutional grounds, so until Monday, when Cuomo signed the extension bill, many of them were scrambling to file suits before the original deadline.

The surge of filings slowed following Cuomo’s signature on the extension bill, but lawyers expect plenty of cases will continue to surface over the next year.

“A lot of people coming forward in the last month weren’t ready even a month ago,” said attorney Steve Boyd. “I would be shocked if the number doesn’t grow substantially.”

Barr said he gets a call “every other day” on a new case, and most of the calls are from people who tell him that they had been hanging onto his phone number for weeks or months before dialing.

“It’s not something people are eager to talk about,” said Barr. “That’s the reason for the statute. It’s recognizing that this is a difficult thing to do, to recollect that you’ve been abused when you were a child, sexually.”

Attorney Stacey Benson of Jeff Anderson & Associates predicted that many people now will continue to wait, all the way to next August.

“There’s always a rush at the end,” she said. Still, even with a two-year window, “some people won’t come forward,” she added, “because they just can’t.”

Amherst Central Schools are among 15 area public school systems with at least one CVA suit.

The case accusing Hariaczyi of abuse is the most recent of six suits with Amherst schools as a defendant. Plaintiffs in the other five suits allege being sexually assaulted by John Koch, a school attendance officer.

Hariaczyi, 47, pleaded guilty in 2005 to felony child pornography possession, completed a federal prison sentence and is listed as a Level 1 sex offender living in Amherst.

The lawsuit alleges Hariaczyi repeatedly abused a fifth grade boy over several months in 2000 at an after-school program for gifted children in the school building.

Barr said his client worries that Hariaczyi secretly photographed the abuse and distributed the pictures to others.

While the Buffalo Diocese’s bankruptcy filing stopped all CVA lawsuits from moving forward against the diocese, plaintiffs can still sue other Catholic entities that may have had a connection with the alleged abuse or abuser.

Kirst said he was abused on separate occasions as a high school teenager by three clergy members, the Rev. Joseph Friel, the Rev. Louis Hendricks and a Franciscan friar he remembers only as Brother Dale.

Kirst is the nephew of Buffalo News columnist Sean Kirst. A reporter asked attorney Stacey Benson if she had any clients who were willing to speak on the record for this story, and Benson passed along Kirst’s name and contact information.

Kirst, 52, lives in Chicago, where he manages a restaurant and writes plays and film reviews and acts in local theater productions.

He said he has encountered many survivors of abuse over the years who were so emotionally damaged that they could “barely look me in the eye” and “who shook just having a normal conversation.”

“I always counted myself lucky that that wasn’t me. I didn’t have issues with alcohol or drugs or anything like that,” he said.

Kirst said he had never considered suing anyone because it didn’t seem necessary, until he began to realize that the abuse had had a very real impact on his life, particularly on his self-esteem.

“I never quite feel worthy,” he said. “The abuse just kind of trips you up majorly and in unexpected ways. I do think it’s diminished my life, just because of that insecurity.”

Kirst said he wonders if he might have achieved even more as a writer if he hadn’t been abused and wracked by doubts about his abilities.

“I think I might have gone further,” he said.

It’s not clear how far cases like Kirst’s will progress in the state courts.

The diocese’s Chapter 11 filing immediately stopped lawsuits from advancing in state courts. That same protection doesn’t apply to parishes, schools or priestly orders, which are all separately incorporated and not part of the bankruptcy.

But in previous diocesan bankruptcy cases elsewhere, courts have shielded those Catholic entities from state lawsuits, as part of a global settlement process.

In the meantime, Boyd said lawyers will continue to file lawsuits against parishes to trigger as much insurance coverage for their clients as possible and bring insurers to the negotiating table.

Boyd and Benson filed 76 new lawsuits at the end of July against Catholic parishes and other entities. Eight of the suits identified priests who previously had not been publicly accused of abuse.

The first of those decisions could come “within months, if not weeks” after diocese officials reach out to Catholics throughout the diocese, the bishop said.

Buffalo Diocese officials are pleading with a judge to speed up its reorganization by reducing the time childhood sex abuse victims can file claims.

Confidential Buffalo Diocese personnel files on the Rev. Norbert Orsolits and the Rev. William F.J. White corroborate what has been reported in news stories about the two priests accused in multiple lawsuits of molesting children, a Buffalo lawyer who has reviewed the files said. “It pretty much confirms everything that is known and alleged about these guys,” said attorney

Bishop Edward B. Scharfenberger described the Chapter 11 process as an opportunity to focus on the diocese’s 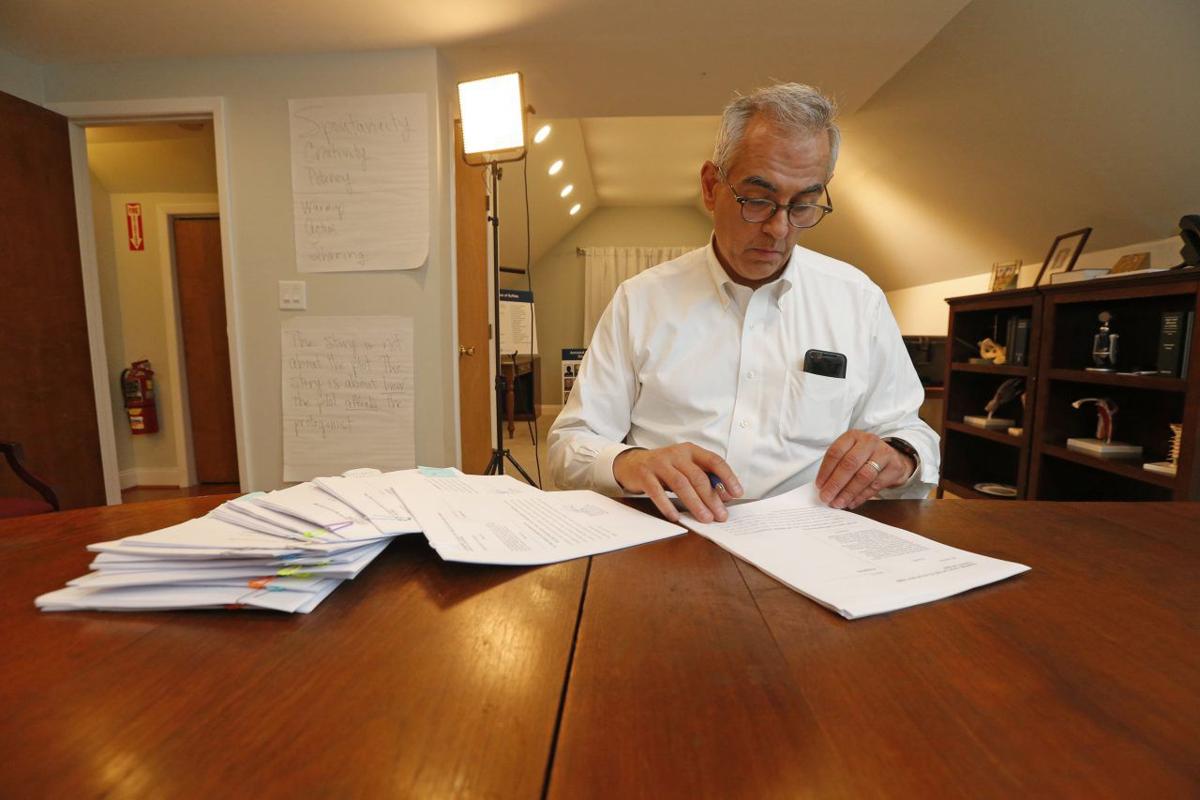 Attorney Steve Boyd signs hard copies of survivors' summons and complaint documents prior to transmitting them as the one-year lookback window on the Child Victims Act opened. 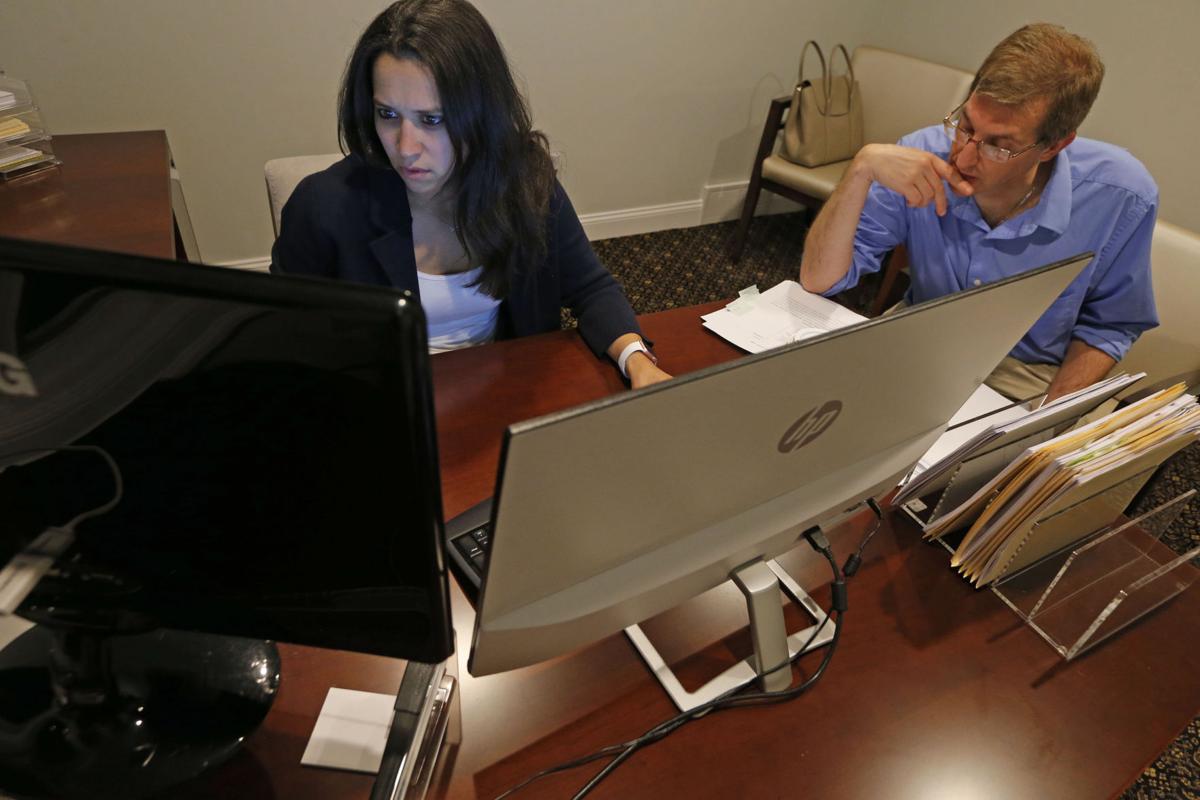 Attorney Leah Costanzo, left, working with Paralegal Jim Orr spell checks survivors' summons and complaint documents prior to transmitting them digitally just as the one-year window opened Aug. 14, 2019, for victims of child sex abuse whose cases are beyond the statute of limitations. That window has since been extended. 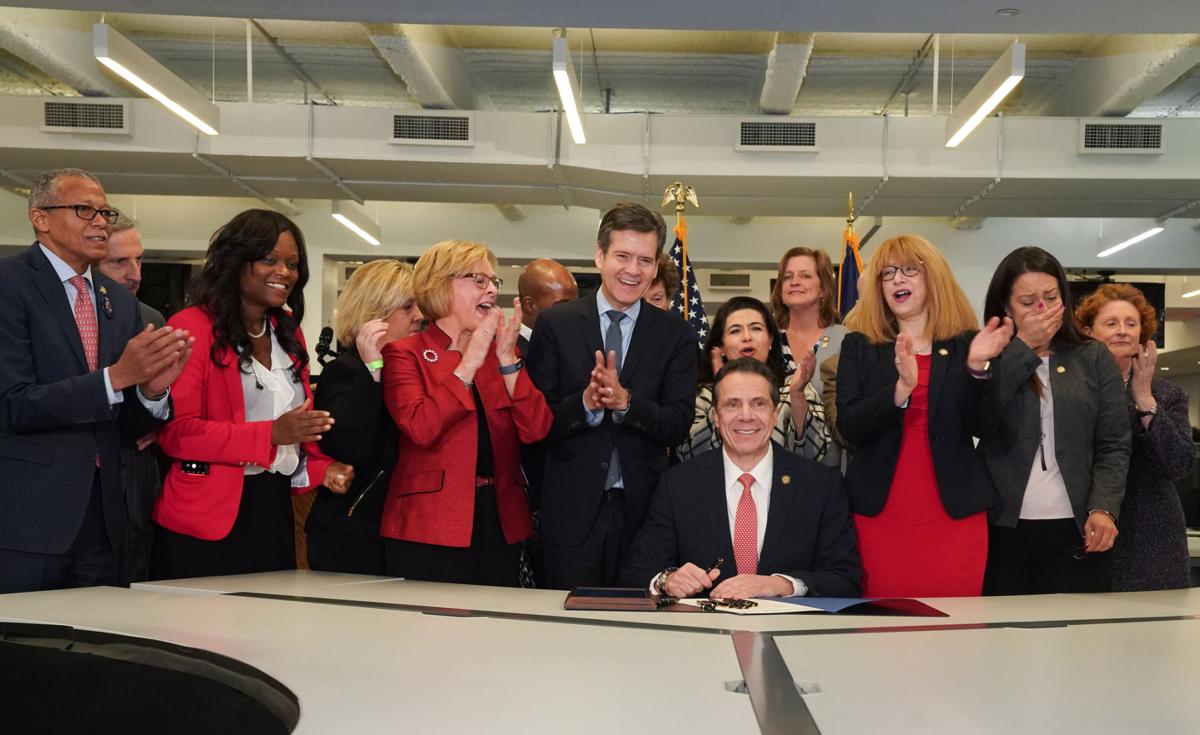