William C. Shrubsall, the former high school valedictorian whose criminal resume includes killing his mother and sexually abusing women from Niagara Falls to Nova Scotia, was sentenced Wednesday to two to six years in state prison for fleeing to Canada during a 1996 sexual abuse trial.

State Supreme Court Justice Richard C. Kloch Sr. added the time to the 2 1/3-to-7-year sentence Shrubsall, 49, is now serving for sexually abusing a teenage girl at a party in the Falls in May 1995.

Shrubsall was living at the Niagara Falls home of his now-deceased aunt, June I. Epp, where police found a note falsely implying that he had thrown himself over the falls.

"I really made a poor choice in this regard, that I prevented closure for the complainant in the underlying matter. I wish I had not done that," Shrubsall said, referring to the teenager he abused in Niagara Falls.

"My aunt suffered obviously as well because of my actions, and I sincerely regret that as well," he said from prison, wearing a face mask during the Skype hearing. "With that, Your Honor, I'm sorry. I wish I could undo what I did, but I can't, and that's really all I wanted to say."

"You've got to deal with the consequences. You know that. You're smart enough to know that," Kloch said.

Living under the alias Ian Thor Greene, Shrubsall was arrested in Halifax, Nova Scotia, in 1998 for a series of attacks on women there. Convicted of those crimes, Shrubsall was sentenced to an indeterminate prison term as a dangerous offender. However, in January 2019, Canada deported him to Niagara County.

"We can all agree that bail jumping isn't the crime of the century," she said.

District Attorney Caroline A. Wojtaszek said the state Attorney General's Office may try to use New York's civil confinement law to keep Shrubsall in a mental institution for life after he completes his prison time.

She said she will make sure the Shrubsall file, including the information about the June 25, 1988 baseball bat killing of his mother, is kept available for that purpose.

"He is a highly manipulative and violent man, and must stay in jail as long as possible," Wojtaszek said.

Shrubsall, who was 17 when he killed his mother, was allowed to plead guilty to first-degree manslaughter and was sentenced to 15 years in prison.

An appellate court, however, decided Shrubsall should have been granted youthful offender status, and cut his sentence to 16 months. He was released in March 1992 and finished his degree at the University of Pennsylvania before getting in trouble again.

William C. Shrubsall, who fled to Canada while being tried in a sexual abuse case in 1996, pleaded guilty Thursday afternoon to first-degree felony bail jumping and misdemeanor criminal contempt. His trial was scheduled to begin March 30. He admitted his crimes before State Supreme Court Justice Richard C. Kloch Sr. Shrubsall, a Niagara Falls native who killed his

Infamous Falls killer returning to N.Y. after release from prison in Canada

“This is the triumph of hope over reason,” said Carver, who was involved in the original prosecution of Shrubsall. “It’s very hard for me to comprehend the rationale for

Shrubsall returns to Lockport to face charges from 23 years ago

In a Lockport court, William Shrubsall pleaded not guilty, and he was jailed without

Hearing ordered on whether Shrubsall charge should be dismissed

A judge has ordered a hearing on whether Niagara County prosecutors did enough to try to bring William C. Shrubsall to justice before the convicted killer and sex offender was deported from Canada in January, after serving 20 years in prison there. If State Supreme Court Justice Richard C. Kloch Sr. rules against the prosecution, the bail-jumping charge against

The night before he was to graduate as class valedictorian from LaSalle High School, Shrubsall killed his mother with a baseball bat. Despite that, her sister left him half her estate when she died. That money could end up in the hands of a woman he sexually abused 22 years

William C. Shrubsall, convicted in the 1988 beating death of his mother, was arraigned in City Court Wednesday on a charge of sexual abuse for allegedly grabbing a woman’s buttocks as she walked in the 7900 block of Niagara Falls Boulevard. The woman told Detective Alan Brooks that Shrubsall also tried to embrace her but she fought him off.

Police continue to look for William C. Shrubsall, who disappeared Wednesday, the same day a Niagara County Court jury convicted him on two sexual-abuse charges. Sources said Shrubsall, 25, who fled from an aunt’s home on Cudaback Avenue in Niagara Falls, left behind a note saying he planned to jump over the American Falls: “Tonight I took the $5

William Shrubsall will not spend a day in prison. Nor will he have a criminal record. The former Niagara Falls honor student who beat his mother to death with a baseball bat on the morning he was to give his high school’s valedictory address will be sent, instead, to reform school for 16 months to four years. A state 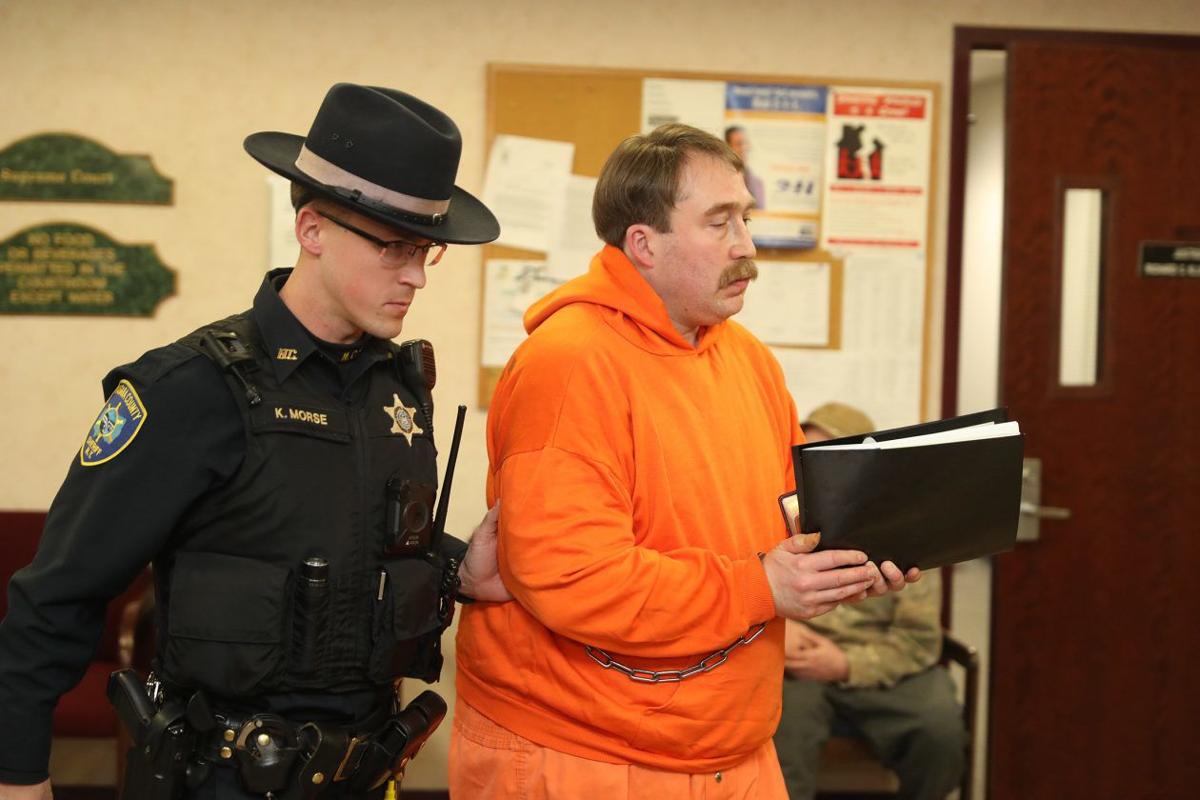 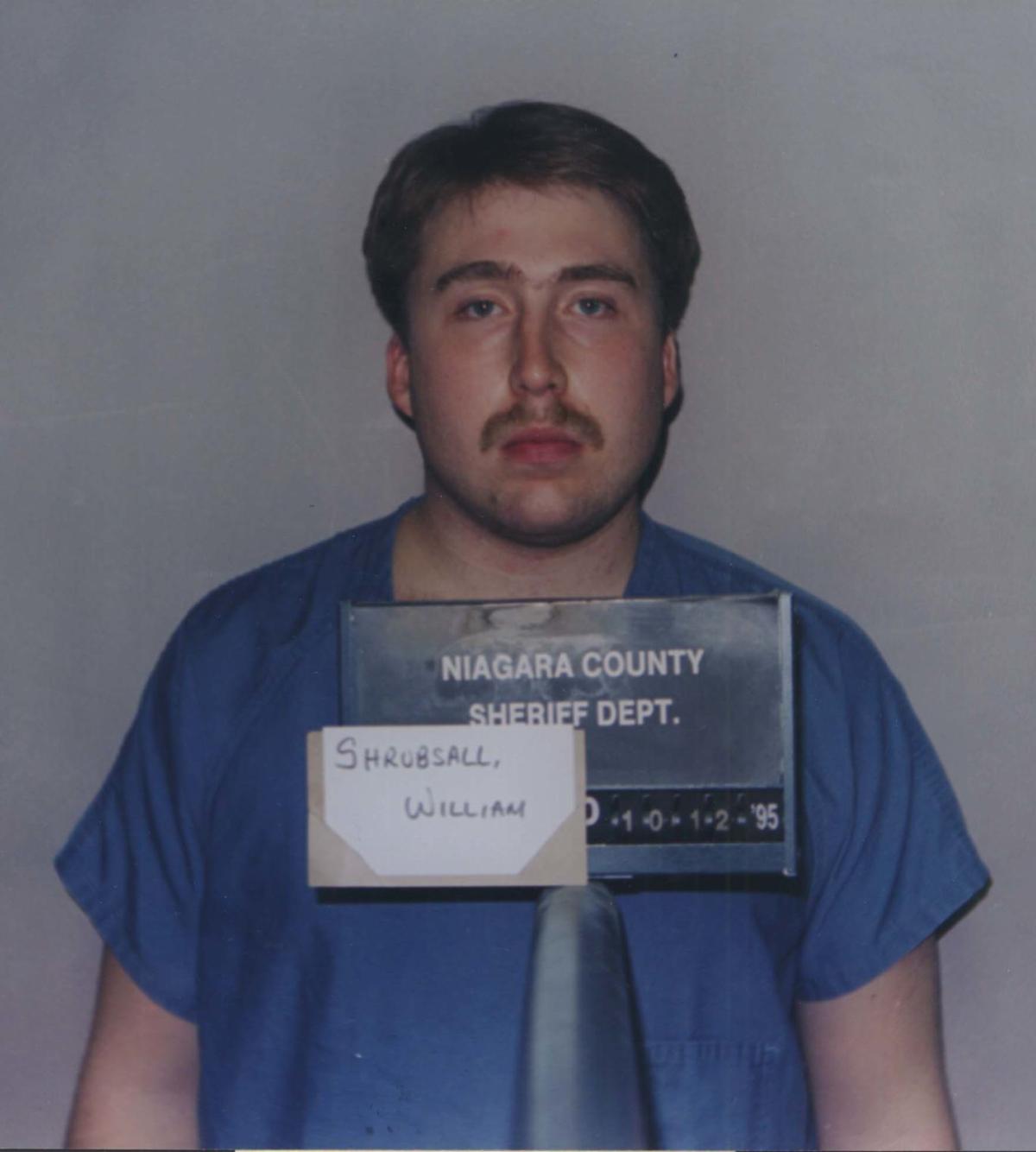 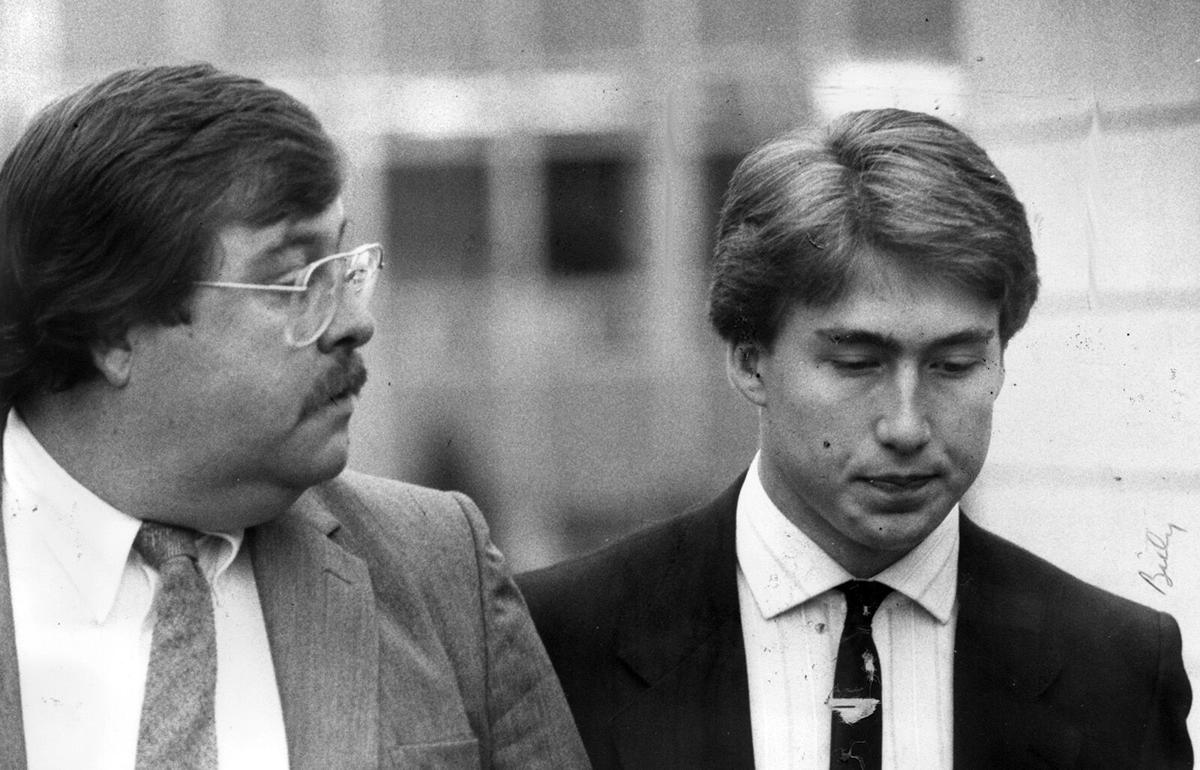 Killer William C. Shrubsall, right, and his attorney Paul G. Cleary leave the Niagara County Courthouse in Lockport in 1988. Shrubsall killed his mother with a baseball bat while in high school and compiled an extensive criminal record in two countries. (News file photo)