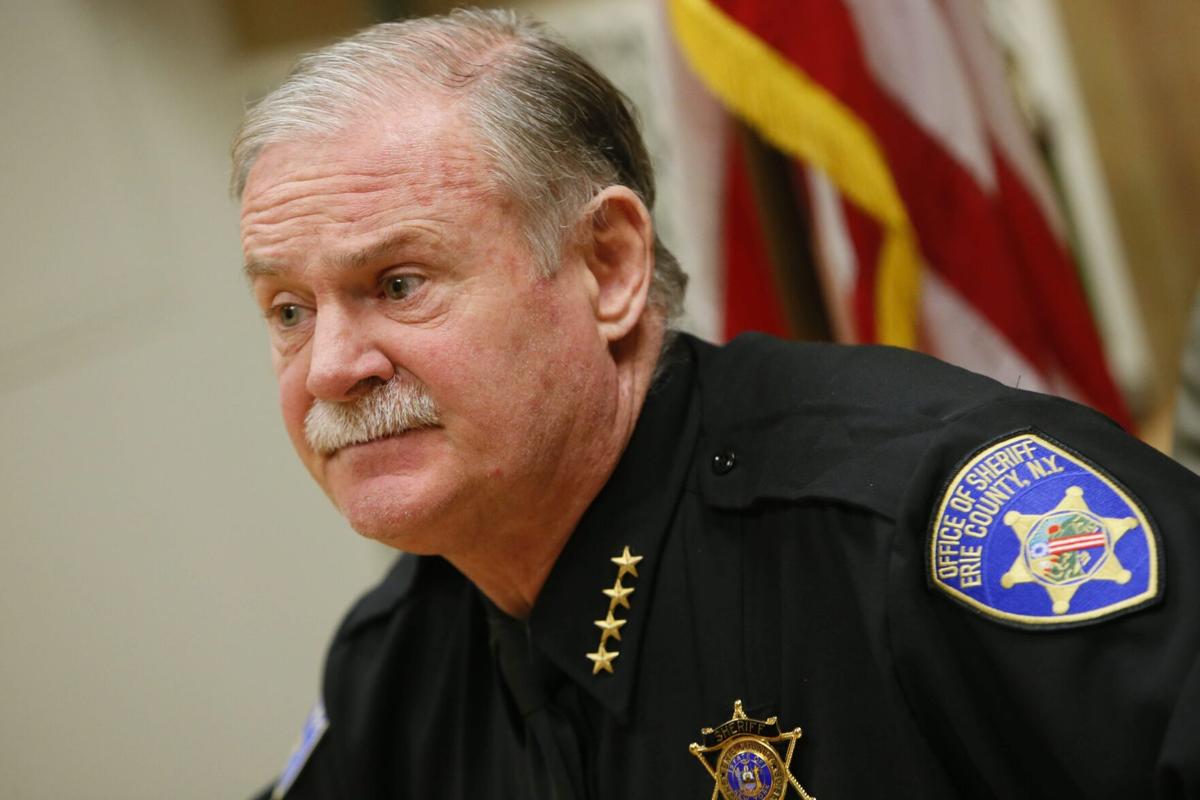 Sheriff Timothy B. Howard judged one of his deputies guilty of theft before he stood trial. But Deputy Jeremiah Nolan was found not guilty and is now suing the sheriff for defamation, among other things. (Derek Gee/Buffalo News) 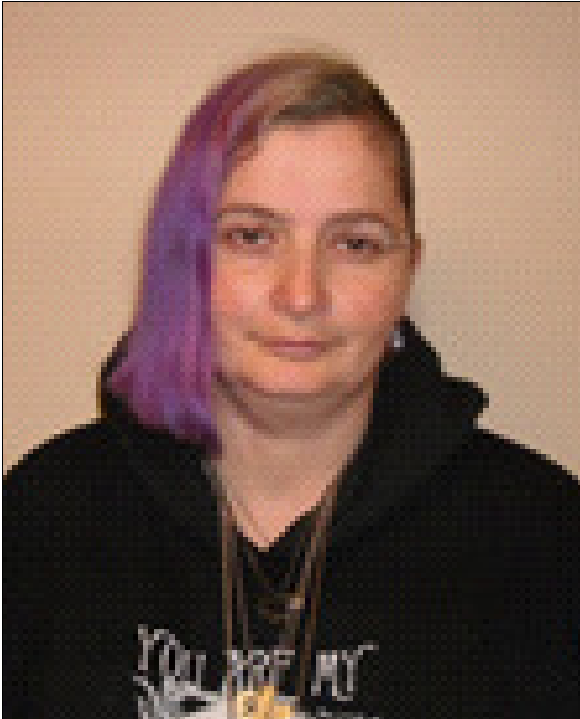 Holding Center inmate Jessica D. Huber says she was abruptly taken off one of her prescribed medicines.

Aides to Sheriff Timothy B. Howard are refusing to release basic records on an inmate who, her family says, ended up near death in a hospital when jail staff withheld her prescribed medication.

The inmate, Jessica D. Huber, has recovered and is back behind bars. But she and her family want to  draw attention to her case as an  example of lax health care inside the Erie County Holding Center.

Howard's officials in recent years would follow the state's Freedom of Information Law and release basic facts about unusual incidents in the county's jails – incidents that included the hospitalization of inmates. But the officials broke from past practice by denying a Buffalo News request for records about Huber, who was brought to Erie County Medical Center weeks ago.

The News is considering its options for pursuing the Holding Center's written report to Albany about Huber. The record would contain the jail's initial explanation about what happened to the inmate.

"These records are exactly the same as records we have received in the past," said News Editor Mike Connelly. "There's no reason for them to be withheld."

The News is not alone. The Buffalo chapter of the National Lawyers Guild said its request for records, filed early in 2017, was largely ignored by the Sheriff's Office. The guild, which wants records that could indicate Howard's team failed to report serious incidents to Albany, filed a lawsuit in February to wrest the documents free.

Howard's jail team has been criticized for a series of incidents during the last year. For example:

• Early last year, The News reported that Howard's jail team would classify inmate suicide attempts as "individual inmate disturbances," a designation that did not require a report to Albany. That practice and other actions led the state Commission of Correction to order Howard to report serious jail incidents accurately.

• In December, a state Supreme Court justice ruled that a group of citizens has legal standing to sue the sheriff if he fails to report serious jail incidents to the commission. A lawyer for Howard has appealed the decision.

• In January, the News reported on a previously sealed deposition in which Howard answered 68 questions about the jails with "I don't know." The News had gone to court to obtain the deposition, which Howard's lawyers kept private in the weeks before Election Day.

• In February, the state Commission of Correction deemed the Erie County Holding Center and Correctional Facility among the state's worst lockups. "Managerial shortcomings" have contributed to numerous serious incidents, including escapes, assaults and deaths, the agency said.

The commission's report on the state's five worst jails signaled that more negative news is coming for Erie.  The commission said its "Medical Review Board" will conclude that Holding Center inmate India Cummings "languished in a cell for over 10 days in an acute state of psychosis without any crisis psychiatric intervention" before she died in 2016.

Robert J. Freeman, who as the longtime director of the state's Committee on Open Government is one of New York's foremost experts on New York's Freedom of Information Law, said the documents sought by The News should be released, though medical information could be redacted because of a federal privacy law.

When a Correctional Facility inmate committed suicide in July, the Sheriff's Office provided its basic report on the incident through a Freedom of Information request. The Sheriff's Office also released its initial report to Albany when Cummings was rushed to the hospital before her death.  And the office provided reports on suicide attempts, though officials had been calling them "individual inmate disturbances."

But with the latest request from The News, Jail Management Superintendent Thomas Diina blocked the records on the grounds that Erie County's report on the matter is an "interagency" communication to the Commission of Correction and would create an unwarranted invasion of privacy for the inmate. The News filed a formal appeal with Undersheriff Mark N. Wipperman, who upheld Diina's decision.

Inmate Jessica Huber's name arose earlier this month when The News reported that her involvement with a Cheektowaga police officer led to the officer's termination.

A sex offender, Huber was jailed in January for violating probation. Her husband, Dennis Huber, said that when he saw his wife during a court appearance Jan. 30, he could tell her health was fading. When he then visited the jail, he found her listless and  pale, with dark circles around her eyes.

She told him she had yet to receive most of the prescription medicines she took for migraines, bipolar disorder, depression, chronic back pain and other ailments, he said.

On Feb. 6, Huber was placed in the intensive care unit at ECMC. Dennis Huber said doctors believed his wife was unable to handle her forced withdrawal from Clonazepam, a medicine prescribed by her psychiatrist for anxiety and post-traumatic stress disorder. Clonazepam belongs to an addictive class of drugs known as benzodiazepines, and it carries warnings that its use is not to stop suddenly.

In a "chairman's memo" issued in 2013, the Commission of Correction warned New York's jails against suddenly discontinuing benzodiazepines that were legitimately prescribed. There had been a smattering of inmate deaths around the country after jails sought to discontinue the drugs. "Benzodiazepine medication should never be abruptly discontinued," the memo said, "but can be tapered safely with proper monitoring."

Michael R. Ranney, Erie County's mental health commissioner, said through a spokesman that the Holding Center and Correctional Facility do not give benzodiazepines because of the "great potential for abuse." Inmates who have been prescribed benzodiazepines are gradually taken off them, Ranney explained.

But Huber told The News during a brief telephone conversation that she was abruptly removed from the Clonazepam she was to take three times a day, and the jail gave her no replacement.

The Commission of Correction is investigating her case.

Twenty-three Holding Center and Correctional Facility inmates have died during Howard's years as sheriff, and the general public has been informed of all those cases. Close calls, however, receive less attention.

Aside from Huber's close call, Sharickaa Jackson says in court documents that she almost died while in the Correctional Facility in February 2016. Jackson, 41 at the time, was being held on a parole violation when she started vomiting and suffering from intense abdominal pain. When she sought help in the prison infirmary on a second day, she was told to return to her cell, according to her court complaint.

In court papers, the woman said she told officers the pain was so bad she couldn’t make it back to her bunk. For defying an order, she said, corrections officers placed her in a wheelchair and rolled her to “keeplock,” a unit considered a jail within a jail because its inmates are kept in cells for 23 hours a day.

Early the next morning, the woman was bound for ECMC, where doctors found she was at risk of death from an ectopic pregnancy, according to her complaint. A fertilized egg implanted outside the uterus had ruptured a fallopian tube, and blood was pooling inside her. She underwent emergency surgery and survived.

Erie County taxpayers have paid out money to settle lawsuits over missed medications in the Erie County jails. The county in 2010 paid $150,000 to settle a lawsuit by Craig Beatty, a diabetic defendant who nearly died when Holding Center personnel failed to give him insulin over two days, and taxpayers paid $90,000 to settle a lawsuit filed because 54-year-old Marguerite Arrindell failed to receive crucial blood-pressure medicine while in the jail in 2008. She suffered a stroke and died months later.

Suspect in January slaying in Buffalo nabbed in Dallas

Rickey L. Bryant, who has been accused in the slaying of 35-year-old Tony D. Rookard, was taken into custody in Dallas by the U.S. Marshals Service, the District Attorney's Office said.

The former legislator told The News that he heard allegations from the investigator that he was "never meant to win" a 2012 election for a NY Senate seat and that his decades-long friends – Steve Casey, then the deputy mayor to Byron W. Brown, and political operative G. Steven Pigeon – had coordinated with the incumbent Mark Grisanti to set up Swanick as a spoiler.

Sheriff Timothy B. Howard judged one of his deputies guilty of theft before he stood trial. But Deputy Jeremiah Nolan was found not guilty and is now suing the sheriff for defamation, among other things. (Derek Gee/Buffalo News)

Holding Center inmate Jessica D. Huber says she was abruptly taken off one of her prescribed medicines.