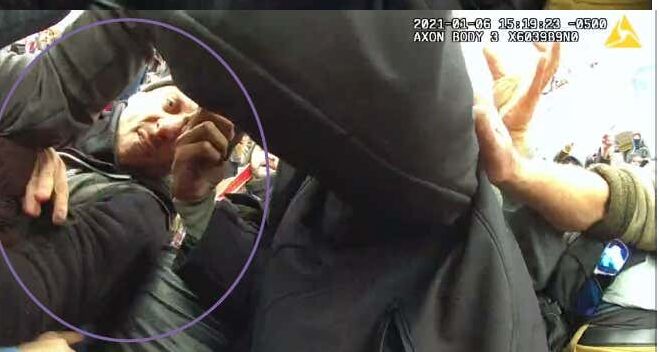 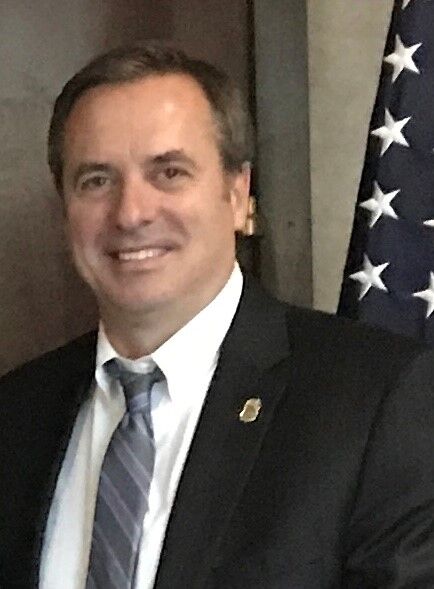 Donations to John C. Garcia’s campaign fund as he runs for Erie County sheriff come largely from his law enforcement colleagues, their unions and Republican givers with deep pockets.

Then there’s the father of a man charged with ripping the badge off a police officer and stealing his radio during the “stop the steal” riot at the nation's Capitol on Jan. 6.

Donor Eugene Sibick briefly housed his son in his Amherst residence after Thomas F. Sibick was placed on home confinement. But federal prosecutors, arguing that the now 36-year-old is dangerous and lied to investigators, persuaded a judge to lock him up pending trial. He is jailed in a Washington, D.C., facility.

“My support of John Garcia has nothing to do with my son. People know that,” Eugene Sibick said in a Buffalo News interview.

Sibick, a dentist, has donated to other political causes over the years, mostly to a political action committee for dentists and to Republican candidates in Amherst. He is treasurer of the group “Elect Amherst Republicans,” a recipient of some of his donations.

State Board of Elections records show he had not donated to a sheriff’s candidate before writing a $200 check to the “Garcia for Sheriff” fund on Sept. 23 – the day of a Garcia fundraiser at Park Country Club .

Eugene Sibick said he donated to Garcia’s campaign because he sees him as the best candidate in the field, someone who will respect the New York State Constitution and the U.S. Constitution “as it is written and not make his own interpretation.”

Garcia at the time was on his way to raising almost $250,000 in the weeks that followed the party primaries and ended on Sept. 27. The total made him the runaway winner in the fundraising sweepstakes in the four-person race for sheriff.

A Garcia spokesman called it a nonissue that the campaign accepted money from the father of a man who, according to the FBI, admits returning home with the badge and radio of Metropolitan Police Officer Michael Fanone. Fanone told reporters he was beaten, dragged and stunned with a Taser at the base of his skull by assailants inside the Capitol.

Spokesman Mitch Martin called Garcia's group of more than 1,500 donors "exceptionally diverse" and said that as sheriff Garcia intends to uphold the laws to "ensure every citizen regardless of ethnicity, gender, sexual orientation and political affiliation is kept safe."

"We will continue to ensure that all donations made to our campaign are made in accordance with New York State election law," Martin said.

Court records show Eugene Sibick was ready to do his part to keep his son out of federal custody as his case heads toward trial. In March, he told a U.S. magistrate judge in Buffalo that he would ensure his son arrived for all court proceedings, and Thomas Sibick was released to his custody.

Eugene Sibick submitted a letter to The Buffalo News around that time saying he did not condone the fact many protesters entered the Capitol on Jan. 6. But to him, "the reason is that our elected representatives have become so distanced from We the People." The letter made no mention of his son's predicament.

Prosecutors followed the release of the younger Sibick with court papers seeking to confine him in a federal facility. They reported on his criminal record, which included six prior arrests and at least five convictions, one of which included the failure to stop or respond to a police command in Utah in 2015. Prosecutors also noted his shifting versions of events when agents asked him about his contact with Officer Fanone in light of new evidence, especially video from Fanone’s body camera. Eventually, Sibick produced Fanone’s badge, which he admitted burying in the yard of his home. Records show he also admitted taking the radio home from Washington but disposed of it. It has not been recovered.

In their bid to keep Thomas Sibick in home confinement, his public defenders mentioned that his father is “a 34-year Navy veteran.” Still, the chief judge for the U.S. district court in the District of Columbia was impressed by the weight of the government’s evidence.

“This defendant was not just somebody trying to push his way into the Capitol,” Judge Beryl A. Howell said, according to a transcript of a hearing March 16. “He wasn’t just somebody screaming and yelling on the Capitol grounds. He appears to have joined in a terrible assault on a police officer who was dragged down into the mob and then stole his property…

“He stole his badge, he stole his radio, which was his lifeline to call for help. His conduct on Jan. 6 was, to put it bluntly, lawless,” Howell said. Her decision to confine Sibick was upheld on appeal.

When running in the Republican primary, Garcia said he twice voted for Donald Trump, who insists he lost last year’s election because of cheating.

Garcia elaborated on the need to house and treat mentally ill defendants outside the county’s jails, or at least stabilize them in a clinical setting before placing them in a cell.

“How outraged is the Republican Party and John Garcia about what happened on Jan. 6?” candidate Ted DiNoto said in a statement. “That is the question many ask, myself included.”

Take a look at our coverage of the 2021 Erie County sheriff's race. Early voting begins Oct. 23. Election Day is Nov. 2.

While the two might benefit from differentiating themselves, they took similar stands on the mostly jail-related questions they faced.