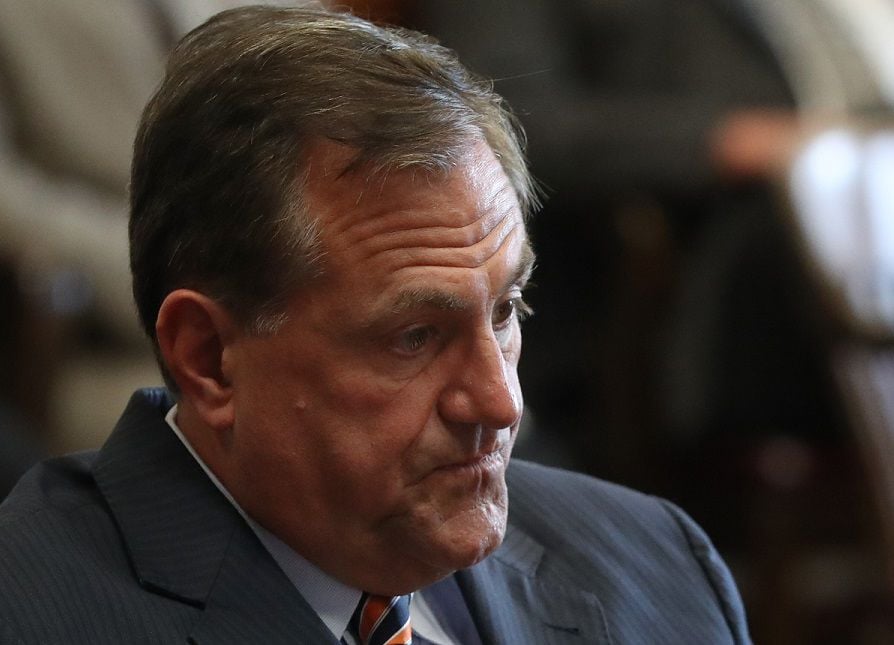 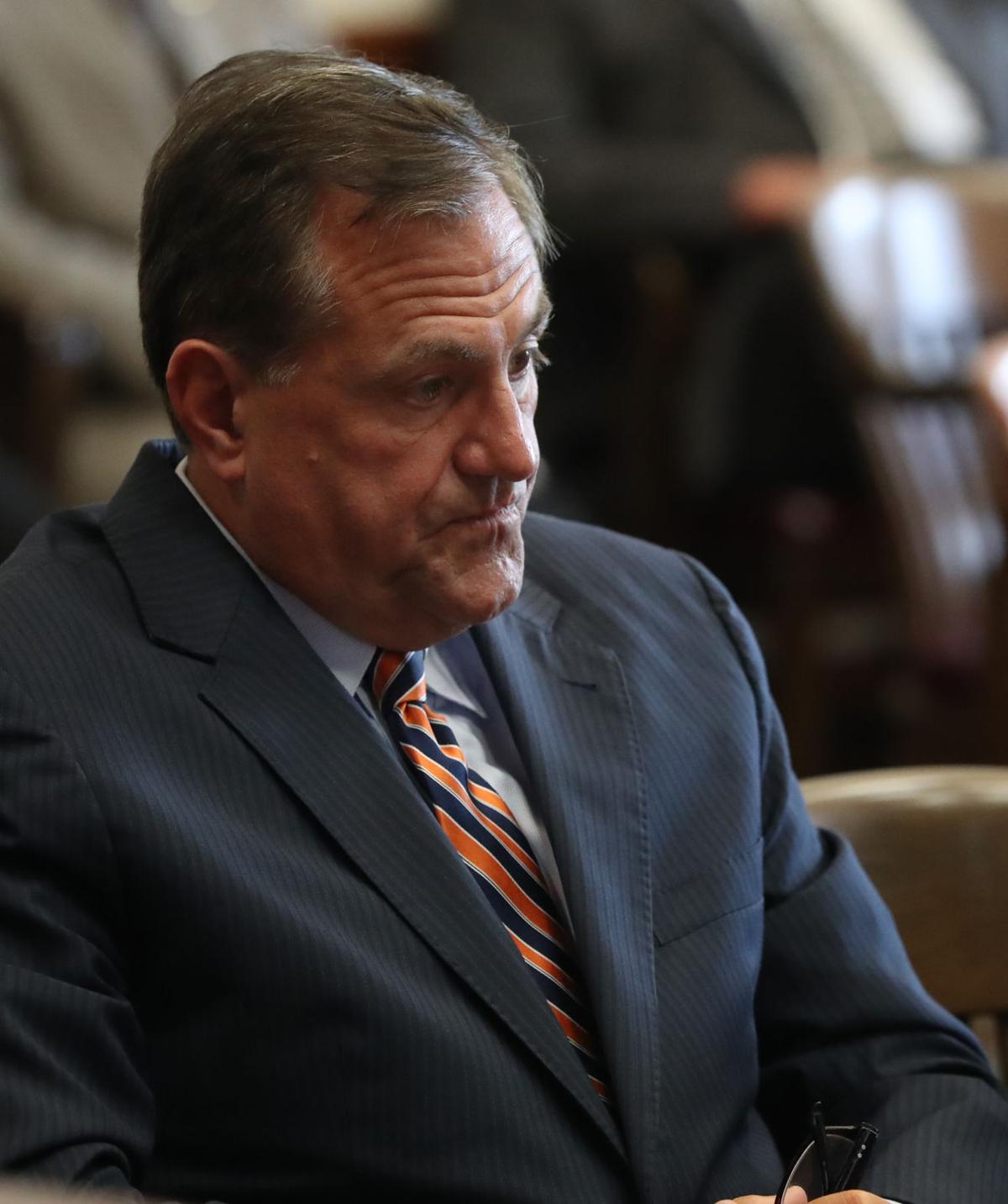 Just two weeks after appearing in state court and admitting he bribed a judge, Pigeon appeared in Buffalo federal court and this time pleaded guilty to making an illegal campaign contribution to Gov. Andrew M. Cuomo.

Under his plea deal, the former Erie County Democratic Party chairman will face up to 16 months in prison.

Pigeon, who was facing conspiracy, wire fraud and bribery charges in the federal prosecution, appeared before U.S. District Judge Richard J. Arcara and instead admitted taking part in a conspiracy to make an illegal political donation.

The $25,000 contribution was made during Cuomo's 2014 re-election effort on behalf of a Canadian founder of an online gambling business. Under federal law, foreign nationals are prohibited from making donations to political campaigns in the United States.

"Transparency is really the primary tool we use to eliminate graft and dishonesty," U.S. Attorney James P. Kennedy Jr. said of Pigeon's efforts to hide the illegal donation to Cuomo's campaign.

The political operative's admissions came just weeks after his guilty plea to a bribery charge in state court. In that case, State Supreme Court Justice Donald F. Cerio Jr. agreed to sentence Pigeon to no more than a year in jail.

In the federal prosecution, led by Assistant U.S. Attorney Paul E. Bonanno, the 58-year-old Pigeon admitted taking part in a scheme to hide the identity of donor David Baazov, the founder and CEO of Montreal-based Amaya Gaming Group.

A third individual, identified only as "Person B," is the individual Pigeon and Baasov used to make the illegal donation on behalf of Baazov.

"There are strict laws governing the electoral process and contributions, and there's a reason for that, keeping undue influence out of the process," said Gary Loeffert, special agent in charge of the FBI in Buffalo.

Investigators say the illegal contribution allowed Pigeon and Baazov to attend a 2014 fundraiser for Cuomo in New York City.

The Cuomo campaign noted it had initially rejected the contribution arranged by Pigeon because it originated from a foreign national.

Prosecutors have not accused the Cuomo campaign of any wrongdoing.

"As the facts demonstrate, our campaign was defrauded by Mr. Pigeon's illegal actions," said Cuomo campaign spokeswoman Abbey Collins. "The contribution in question will be immediately donated, and we trust the court will handle Mr. Pigeon accordingly."

“Andrew Cuomo spends his days pointing fingers at others while his own backyard is despicably dirty," Molinaro said in a statement after Pigeon's court appearance. "... Well, the finger is now pointed directly at this governor, and he needs to answer questions about the clear laundering of $25,000 in illegal foreign money to his campaign.”

The original allegations against Pigeon mirrored those in the state case but, on Tuesday, he ended up pleading to a completely different charge.

In the end, prosecutors went back to the charge they first filed against Pigeon and later dropped.

"We felt it was appropriate to conclude our case with this additional criminal conduct," Kennedy told reporters.

Like the state case, the allegations at the crux of the second federal prosecution centered around Pigeon's relationship with former State Supreme Court Justice John Michalek.

The federal indictment also accused Pigeon of helping a member of Michalek's immediate family find a patronage job. The job was allegedly with the 2012 campaign to re-elect President Barack Obama.

Michalek resigned from the bench last year and pleaded guilty in state court to receiving bribes from Pigeon. He also agreed to cooperate with investigators.

[PDF: Statement from Department of Justice]

When the feds dropped the initial charges against Pigeon and added new ones tied to Michalek, Paul J. Cambria, Pigeon's defense lawyer, accused the government of filing the new charges because of concerns that the state case was in trouble.

"We feel it's a good disposition," Cambria said of Tuesday's plea deal.

When asked why Pigeon took a plea deal, Cambria said his client was facing three separate prosecutions and there are "few people" who can withstand that type of scrutiny.

He said Pigeon has no obligation to cooperate with the FBI on other investigations and indicated it is possible his client could receive concurrent sentences in the state and federal cases.

When asked if Pigeon had a preference on where he would like to serve his time — a state or federal prison — if he is sentenced to prison, Cambria said it is too early to make the determination.

Kennedy declined to comment on whether Pigeon would cooperate and where he might serve his prison sentence.

The state and federal charges against Pigeon stem from a 2015 search of Pigeon's waterfront condominium by the FBI, state police and the state Attorney General's office.

Pigeon's sentencing is scheduled for Jan. 25.