The indictment of Gerace is the latest development in an investigation into organized crime in Buffalo, one that has already resulted in the arrests of retired DEA Agent Joseph Bongiovanni, a Buffalo high school teacher, Gerace’s brother and two other men.

Gerace, 53, of Clarence, was arrested late Sunday night in Florida while he was on vacation and charged with paying bribes to Bongiovanni, his childhood friend. He pleaded not guilty at his arraignment in U.S. District Court in Fort Lauderdale on Monday.

"I expect him to be released under certain conditions in the next 24 hours and he will travel back here to Buffalo," said Joel L. Daniels, his defense attorney.

The superseding indictment against Bongiovanni and Gerace alleges that Gerace paid, from 2009 to 2019, some of the $250,000 in bribes the DEA agent is accused of pocketing. It describes Bongiovanni’s alleged efforts to shield Gerace and his business, Pharaoh’s Gentlemen’s Club, from the scrutiny of other U.S. Drug Enforcement Administration agents and FBI agents for years. Bongiovanni allegedly coached Gerace and others on what to say if they were questioned by other agents, telling them to claim that they are confidential informants for Bongiovanni.

In 2019, Michael Masecchia, a Buffalo high school English teacher, was charged with bribing Bongiovanni. In December, when Masecchia pleaded guilty to drug trafficking and criminal possession of firearms, he admitted that he and unnamed “others” received sensitive law enforcement information from Bongiovanni to help them avoid arrest as he sold more than a ton of marijuana.

The federal grand jury in Buffalo charged Gerace with conspiracy to defraud the United States; paying a bribe to a public official; maintaining a drug involved premises; conspiracy to distribute controlled substances; and conspiracy to commit sex trafficking.

If he is convicted, the government will seek to forfeit from Gerace the Aero Drive building where Pharaoh’s Gentlemen’s Club is located and his four-bedroom brick house on Lexor Lane in Clarence, which is listed for sale at $969,000.

If convicted, the government will seek to forfeit from him the $250,000 it claims he took in bribes, two handguns and ammunition.

The arrests stem from an ongoing federal investigation into the Buffalo "Mafia" and "Italian Organized Crime," according to federal documents and statements made in court by prosecutors.

Gerace is the nephew of Joseph A. Todaro, whom federal agents and Assistant U.S. Attorney Joseph M. Tripi have identified in court or reports as the head of the Buffalo Mafia.

Todaro has not been charged. He told The Buffalo News that any attempts to link him to organized crime are "nonsense." Todaro says he has nothing to do with his nephew and that it upsets him that authorities attempt to link him to narcotics.

Gerace, during an interview with The Buffalo News at Pharaoh’s last month, said he is insulted that the federal government is linking his name to organized crime.

The FBI has alleged that Joseph A. Todaro's father, the late Joseph E. Todaro, was also a leader of the Mafia, which was also never proven.

Gerace told The News that he would be a fool to do anything illegal, since he is the owner of his successful club.

“I make so much money here that I’d be an idiot to do something illegal,” Gerace said. “There’s things going around with busts, but I do not know where they got my name. I have never been involved in organized crime.”

“We all grew up along Hertel Avenue, and I’ll say this about him: He was one of the straightest people I know. He was a sheriff’s deputy and then a DEA agent. I’ll never believe a word they say bad about him. I don’t know anything about that,” Gerace said during the interview prior to his arrest.

Shortly after Bongiovanni’s arrest in the fall of 2019, federal agents raided Pharaoh's. They were executing a search warrant and looking for evidence of narcotics and racketeering violations, a prosecutor wrote in court papers.

The indictment alleges that Gerace “facilitated prostitution," provided “drugs and money to Pharaoh's employees in exchange for sex" with Gerace and others, and facilitated “the distribution of controlled substances, including cocaine… and amphetamine also known as Adderall…marijuana and heroin.”

It says Gerace employed members of the Outlaws motorcycle club at Pharaoh's.

“He is one of the few businesses that has surveillance cameras on all of his cash registers who allows the government access to all of those videotapes simply at the asking,” Cohen said during an interview last month. “He does all of his business transactions by checks or credit cards to make sure there is a paper trail.”

Cohen explained that Gerace takes these steps to prove he is honest.

“It is a shame he has to do that because he has been lumped in with people or associated with certain of his relatives who have histories with law enforcement,” Cohen said.

Cohen criticized the government on Monday for arresting him.

"It is disturbing to me that the federal authorities would arrest him while he is on vacation in Florida," Cohen said. "Each and every time the feds have wanted anything from Peter, in terms of records or access, he has been only too willing to comply. I consider this conduct to be entirely unnecessary and vindictive."

But Katrina Nigro, the ex-wife of Gerace, said she feels safer since federal authorities told her Monday that Gerace had been arrested .

"I feel safer that he is arrested, and everyone should feel safer," Nigro said.

She has told The News that she has testified about organized crime before a federal grand jury, but she declined to comment on what she told the grand jury.

Gerace pleaded guilty in 2005 to telemarketing fraud and was sentenced to five months in federal custody and three years of supervised release. In a plea deal, he admitted to directing his telemarketers to make false statements about winning a new car or a $5,000 cashier check.

“That’s not organized crime. That’s not the Mafia,” Gerace said, adding that he paid his debt to society.

Tripi and Assistant U.S. Attorney Brendan T. Cullinane, who are prosecuting Gerace and others, declined to comment on the indictment against Gerace and Bongiovanni.

Gerace's brother, Anthony Gerace, and a third unidentified person have also been identified by prosecutors as unindicted co-conspirators in the case against Bongiovanni.

Anthony Gerace, 40, has pleaded guilty to a federal weapons charge in connection with drug trafficking and is awaiting sentencing on March 12.

Anthony Gerace, who had been employed as a kitchen manager at his brother’s club, has agreed to forfeit his weapons and the cash. He could face up to five years in prison.

Attorney Thomas J. Eoannou, who represents him, said his client has nothing to do with organized crime.

Pharaoh's Gentlemen’s Club applied for a PPP loan of $345,067 to pay wages to its 76 employees, among other expenses.

Judge hit by train under investigation over claim of $5,000 payment for wedding

The investigation, sources told The Buffalo News, began sometime after the ex-wife of Peter G. Gerace Jr. made claims on social media months ago about the payment to Supreme Court Justice John L. Michalski.

Clarence man sentenced to 5 years in prison for possessing guns

Anthony Gerace, 41, has been linked by federal law enforcement officials to an ongoing investigation into organized crime in Buffalo. 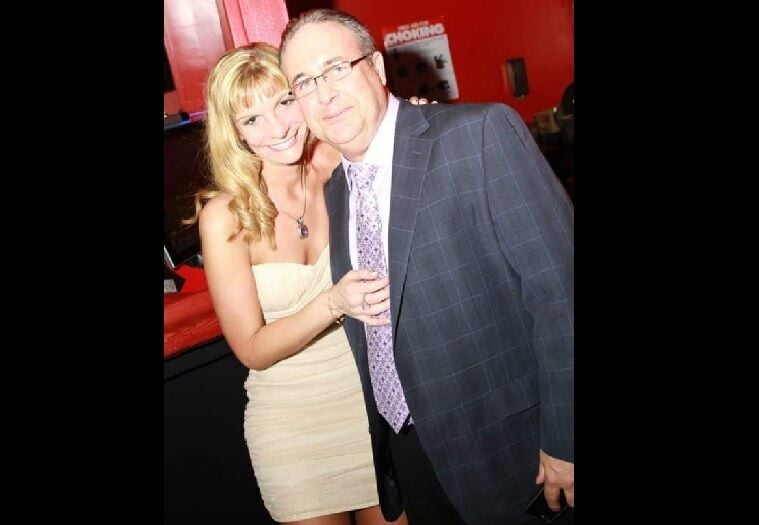 Katrina Nigro with her then-husband, Peter G. Gerace Jr., the owner of Pharaoh's Gentlemen's Club, a strip club in Cheektowaga. Nigro said she has testified before a federal grand jury that is investigating organized crime in Buffalo. Gerace's club was raided by federal agents in 2019 as part of that investigation. 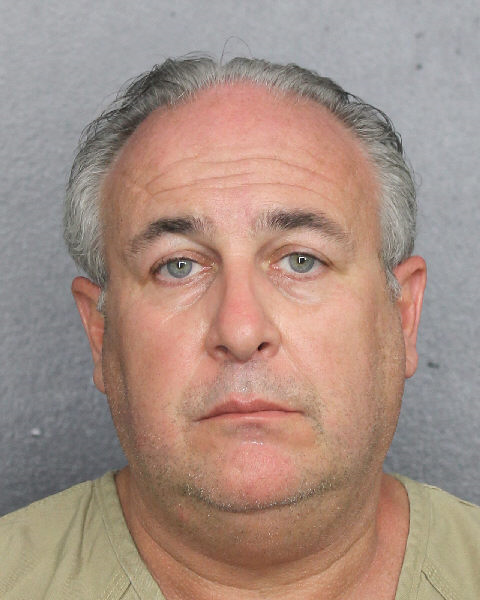