Orsolits abused kids after Buffalo Diocese's cover-up of assault, lawsuits say
0 comments
Share this
Support this work for $1 a month
1 of 3 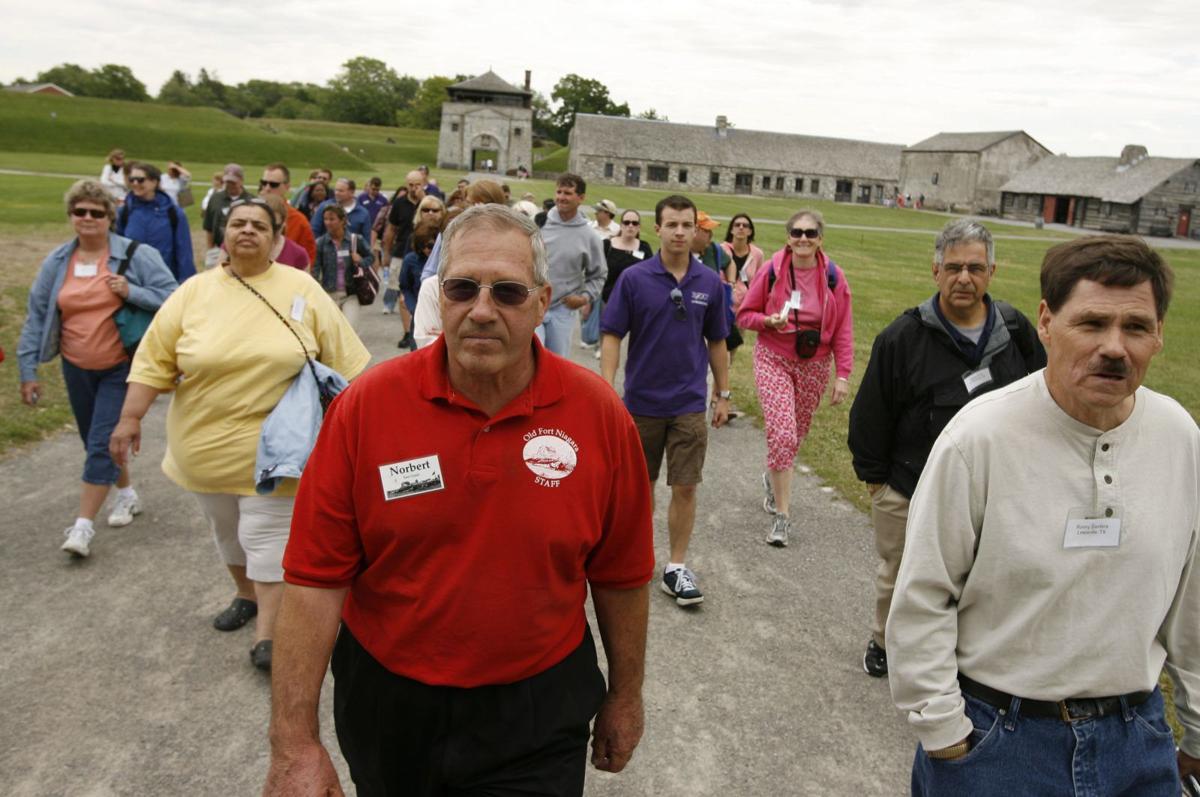 The Rev. Norbert Orsolits, at center in red shirt, volunteering at Old Fort Niagara in Youngstown in 2009. The Buffalo Diocese is accused by Michael Tatu, who filed a Child Victims Act lawsuit, of covering up a complaint in 1968 that Orsolits molested Tatu. Orsolits told The Buffalo News in 2018 that he had sexual contact with probably dozens of teen boys while serving as a priest. (Buffalo News file photo) 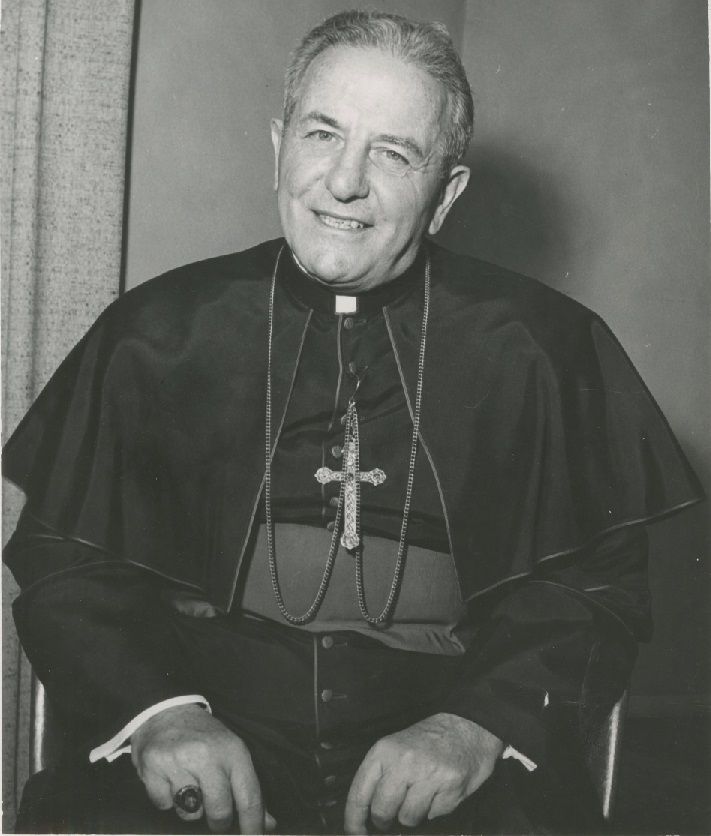 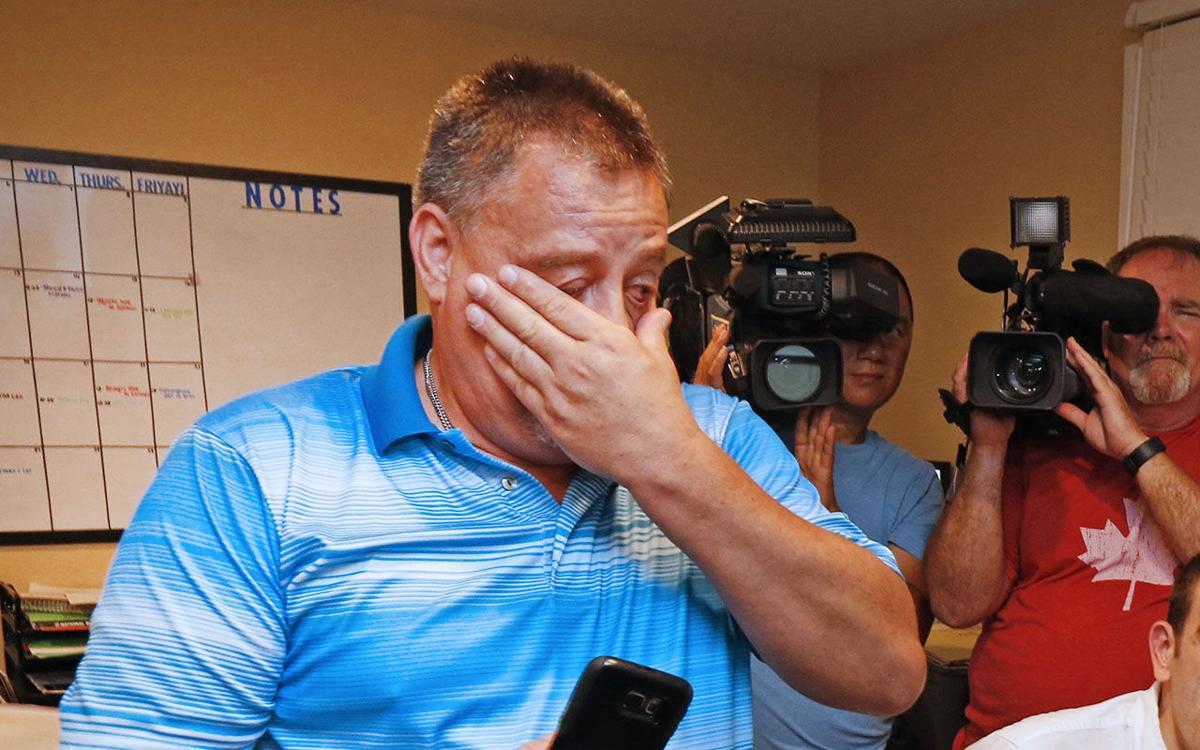 Michael Whalen is overcome with emotion on Aug. 14, 2019 as his Child Victims Act lawsuit is filed against the Buffalo Diocese. (Robert Kirkham/Buffalo News)

The Buffalo Diocese removed the Rev. Norbert F. Orsolits from a South Buffalo Catholic parish in 1968, shortly after parents complained that Orsolits had molested a 14-year-old boy in the back seat of his car at a drive-in theater.

But Orsolits quickly wound up in another Buffalo parish.

And he went on to molest other boys across Western New York, according to several lawsuits filed over the past two months.

Michael Tatu's story shows that the diocese concealed one of Orsolits' earliest alleged crimes, enabling the priest to victimize other children over a career that spanned four decades.

Tatu alleged that he and Orsolits were at a drive-in when the priest unbuckled his pants in the car and fondled him. Another boy who was in the car witnessed the attack and helped him escape, Tatu said.

Shortly after Tatu's parents complained to their parish priest, Orsolits was gone from St. John the Evangelist Church, Tatu said.

Yet, looking back, it’s clear diocese officials ignored the complaint and allowed Orsolits to prey on children for years, he said.

Decades of secrecy about Orsolits' abuses didn't begin to unravel until last year, when the priest admitted to a Buffalo News reporter that he had molested "probably dozens" of boys.

Tatu, now 65 and living in California, said he was able to get away from Orsolits’ clutches before the abuse escalated, with the help of a friend who was in the front seat of the car. The two boys went to the drive-in office, where they asked an attendant to keep them hidden from the priest. They then called Tatu’s mother, who sent a taxi to pick them up, according to Tatu.

The other boy at the drive-in that night is now a 67-year-old retired railroad employee who still lives in South Buffalo. He spoke to The News in a separate interview on the condition that he not be identified by name, and he corroborated Tatu’s account.

The man recalled hearing Orsolits telling Tatu not to worry and “this will make you feel better.”

The other child was student president of the Catholic Youth Organization at St. John the Evangelist. He said he was sitting in the front seat of Orsolits' “souped-up” Mercury Comet, while the priest and Tatu were in the back seat.

“I say, ‘I gotta go to the bathroom.’ It was a car where you only had the two doors, so you had to push the seat back up. I pushed the seat up and I said, ‘Mike you have to go, too,’ and I grabbed him and yanked him out of there,” he said. “And Mike’s belt was unbuckled and his pants were practically down. I says, ‘We have to go.’ ”

Their evening with Orsolits began at a race track and then proceeded to a house party, where the teenage boys were given beer to drink, both Tatu and the CYO president said.

Orsolits then took them to the drive-in on the pretense that they needed to sober up before heading home, said Tatu.

Before climbing into the back seat, Orsolits tried running his hand up the leg of the CYO president.

"The guy was all over me in the front seat, too," he said.

Tatu said he told his parents what had happened at the drive-in. They met with the Rev. Phillip S. Coyle, an assistant pastor at St. John the Evangelist, where the Tatus were parishioners.

Neither Tatu nor his friend were at the meeting with Coyle, who died in 1976. But both men said Orsolits vanished from the parish within a week or two.

"The facts of this claim strongly support a criminal conspiracy theory for the bishops on down, because when a subsequent bishop takes over, he still has access to the same information," said Tatu's attorney, Mitchell Garabedian. "The criminality runs deep."

Tatu and the former CYO president hadn't spoken in many years. They reconnected several months ago, when Tatu looked up his old friend and called. The retired railroad worker from South Buffalo saw Tatu's name flash on the television screen indicating who the caller was.

"I picked up the phone and said, 'I've been waiting for this call Mike,' " he said.

Tatu wanted to know if he remembered the incident with Orsolits.

The retired railroad worker responded that of course he remembered. "You don't forget something like that," he said.

After that phone call, he testified under oath on Tatu's behalf in front of two retired judges who were hired by the diocese to oversee a voluntary program to compensate childhood victims of abuse. Tatu rejected a "mid five figures" compensation offer from the diocese, according to Garabedian.

Orsolits’ departure from St. John the Evangelist indicates that the report of alleged abuse reached officials in the Buffalo Diocese chancery office, because only the bishop has the power to assign priests in a parish.

Orsolits was officially reassigned by Bishop James A. McNulty in August 1968 from St. John the Evangelist to St. John Kanty Church, four miles away on Buffalo's East Side, according to an account in the Buffalo Courier-Express.

Orsolits was just three years into his priesthood at the time. He continued serving in other parishes across Western New York for nearly four decades.

Orsolits said this week that he didn't remember the incident at the drive-in or why he was transferred out of St. John the Evangelist.

"That's way back. I don't recall," Orsolits told a reporter who knocked on his door.

When asked for his reaction to being accused of sexual abuse in seven lawsuits, he responded: "At this point, I don't have any."

"Somebody is out to make money," he added.

He then asked the reporter to leave and closed the door.

Diocesan spokeswoman Kathy Spangler did not respond to The News' request for comment.

Orsolits' alleged abuses remained a secret until Feb. 27, 2018, when Michael F. Whalen Jr. held a news conference outside the diocese's Main Street headquarters to accuse the priest of abusing him in the late 1970s.

In response, Orsolits admitted to The News that he had molested "probably dozens" of boys decades ago. His admissions helped sparked what has snowballed into a massive crisis for the Buffalo Diocese, including more than 100 Buffalo area priests identified as molesters, ongoing federal and state investigations into whether diocese officials tried to cover up abuses and 178 lawsuits against the diocese.

Orsolits' alleged crimes date back to the earliest years of his priesthood, according to interviews with the priests' accusers and lawsuits filed since Aug. 14, when the Child Victims Act opened a one-year window for childhood victims to sue in cases beyond the statute of limitations.

Richard Folga said in court papers that Orsolits molested him from 1965 to 1966 when he was a 16- or 17-year-old parishioner at Queen of Peace Church in Buffalo.

Two brothers who grew up in Alden and were parishioners at St. John the Baptist told The News that Orsolits sexually abused them while he was assigned to the parish in 1966 and 1967.

And an unnamed plaintiff said in court papers that Orsolits molested him in 1968, around the same time Tatu alleged being abused by Orsolits. The plaintiff was a 13- or 14-year-old parishioner of St. John the Evangelist, the same church Tatu attended.

Unlike Tatu, the other men who accused Orsolits of molesting them early on in his career did not immediately report the alleged abuses. Some of them did not discuss the abuse with anyone until decades later.

Orsolits told The News that a mother complained that he had propositioned her teenage son in a bar, prompting the diocese to send the priest away for mental health therapy sometime in 1978 or 1979.

Within months of his treatment at Southdown Institute near Toronto, Orsolits was back in a new parish, St. John Vianney in Orchard Park.

Whalen and another plaintiff, Jonpaul Okal, allege that Orsolits molested them during his time as assistant pastor at St. John Vianney from 1979 to 1981.

Whalen said this week that he was stunned to learn the details of Tatu's case.

"It was 10 years before he abused me," said Whalen, who also has sued the diocese. "I'm in tears. I can't believe they had a chance to stop this guy. They knew and they didn't do nothing."

Diocese bishops assigned Orsolits to 13 parishes in 25 years, even though priests receive appointments that typically run for six years at a time and often get renewed.

In 1988, without explanation at the time, Orsolits was put into what diocese officials call "guarded ministry" as a chaplain at Buffalo General Hospital. But he was still living in a church rectory and celebrating Masses, primarily at St. Lawrence Church in Buffalo.

It wasn't until 2004 that he was removed entirely from active ministry, again with no explanation to the public.

Now 80, Orsolits isn't allowed to wear clerical garb or celebrate Masses publicly, but as recently as a couple years ago he was still being identified as chaplain for Holland Speedway. He also technically is still a Catholic priest, because only the Vatican has the power to return a priest to the lay state, and a diocese spokeswoman said that has not yet happened.

“His case is being prepared to be sent to Rome,” said Spangler.

The diocese’s response is far too little, too late for Tatu.

Community Services for Every1, together with Edgemere Development, wants to convert the academic building of the church into a mixed-use project for low-income residents.

The Rev. Norbert Orsolits, at center in red shirt, volunteering at Old Fort Niagara in Youngstown in 2009. The Buffalo Diocese is accused by Michael Tatu, who filed a Child Victims Act lawsuit, of covering up a complaint in 1968 that Orsolits molested Tatu. Orsolits told The Buffalo News in 2018 that he had sexual contact with probably dozens of teen boys while serving as a priest. (Buffalo News file photo)

Michael Whalen is overcome with emotion on Aug. 14, 2019 as his Child Victims Act lawsuit is filed against the Buffalo Diocese. (Robert Kirkham/Buffalo News)