Child Victims Act lawsuits filed in Western New York alleged that 230 area Catholic priests molested children in nearly every parish in the Buffalo Diocese over the past 75 years, according to an analysis by The Buffalo News.

Eight of the 10 most-accused individuals identified in more than 1,300 lawsuits examined by The News are priests.

The numbers are a striking rebuke to Buffalo Diocese officials who for decades downplayed the extent of abuse in Western New York and protected molester priests from prosecution and public accountability.

“It really speaks to the culture of the diocese and the culture of the local priesthood. I have always maintained that there are good priests out there, but I tend to think almost everybody knew what was going on at some level,” said attorney Steve Boyd, who represents about 600 plaintiffs with Child Victims Act cases in the Buffalo and Rochester areas. “And to see a number that’s well over 200, as a former altar boy, that’s pretty disappointing.”

Boy Scout leaders, teachers, foster parents, relatives and youth sports coaches were among those identified as child molesters in lawsuits filed from Aug. 14, 2019, when a special window suspending the statutes of limitations in child sex abuse cases opened, until Aug. 14, when the window for filing lawsuits closed.

Kenmore-Tonawanda teacher Arthur Werner was accused in 39 lawsuits, more than anyone else in the Buffalo-Niagara region. The claims span from 1963 to 1992 and allege that Werner, 88, who taught social studies at Hoover Elementary School, molested boys in the classroom, usually between the ages of 10 and 12. Werner denied in a deposition that he became aroused when he had boys sit on his lap in class.

The school district, accused of negligence, is the defendant, not Werner. In May, State Supreme Court Justice Deborah A. Chimes ruled that Werner was mentally competent to testify, dismissing the district’s contention that Werner couldn’t be trusted to tell the truth due to dementia. A district lawyer planned to appeal the decision.

Also listed among the alleged abusers with the most claims – Boy Scout leader Robert Eberhardt, identified in 14 lawsuits. Eberhardt was a scoutmaster in Cheektowaga in the 1960s and 1970s.

Fifteen percent of the Child Victims Act cases in Western New York involved alleged abuse by individuals affiliated with the Boy Scouts of America, according to The News' analysis.

But the lion’s share of claims that poured into area courts involved priests, most of whom hadn’t been linked publicly to a child sex abuse allegation.

Gregg E. Siddons said that he turned to Zimpfer in 1973 for pastoral guidance after he was molested at an Amherst home for troubled youth.

Siddons said he attended Mass at the Williamsville parish and found Zimpfer to be a “nice man” and “good with parishioners.”

But when he told the priest about the abuse he experienced at the home, “he just used it against me,” said Siddons.

Siddons said the priest molested him eight times, when he was 14, including in the church rectory and in a car.

“I thought I had someone I could trust. Instead of someone to trust, he became a person to abuse me,” said Siddons.

Zimpfer died in 1975. Siddons' lawsuit in July is the lone public accusation against him.

Now 61 and living in Erie, Pa., Siddons said he suffers from post-traumatic stress disorder, has needed psychiatric treatment most of his life and served time in jail.

He said he brought a lawsuit because he wants the Catholic Church to “admit they knew what was going on and they kept it hidden for years.”

The list of 230 accused priests includes three seminarians or transitional deacons who had not yet been fully ordained. It does not include 15 CVA filings that provided only a first or last name of an accused priest.

They also have pointed out that the diocese runs one of the area’s most comprehensive programs to train people to recognize and report abuse, with 45,000 teachers, clergy, employees and volunteers taking the Virtus program, and that no “substantiated reports” of clergy sex abuse of a minor have been found in the past 20 years.

But over the years, diocese officials also have tried to downplay how many area priests were the subject of abuse allegations. In 2003, following an abuse scandal in the Archdiocese of Boston, Buffalo Diocese leaders revealed that 53 clergy since 1950 had been accused of abuse. They declined to name any of them.

Bishop Richard J. Malone in 2018 publicized the names of 42 priests with “substantiated” allegations of child sex abuse. Eight months later, amid criticism about the diocese’s transparency on abuse cases, he added 36 more priests to the list. But Malone also refused at that time to identify 98 priests who had just a single allegation against them. Malone resigned in 2019 amid an uproar over his handling of clergy abuse claims involving minors and adults.

Bishop Michael W. Fisher, installed in January as the 15th bishop of the Buffalo Diocese, acknowledged in a prepared statement "a tragedy of truly epic proportions" and pledged to work toward "resolution and healing for those harmed and whose lives have been so disrupted through no fault of their own."

"While the process of determining the veracity of individual claims will be guided by the court, even one claim against a priest of the Diocese of Buffalo is too many," Fisher said. "Those who committed these sins – however long ago in the past – must be held accountable not only in this process made possible by the Child Victims Act, but by God who renders definitive judgment."

Fisher also said in a letter to parishioners this week that the church "must go to whatever length is required to demonstrate genuine remorse."

"It is my hope and fervent prayer – and I know the hope and prayer of all of you – that we can begin to move forward and ultimately bring to a close this very painful and sordid chapter of our Diocese's history," he said.

The News examined 1,336 CVA cases in Erie, Niagara, Genesee, Chautauqua and Cattaraugus counties and found that 57% involved accused abusers employed by the Buffalo Diocese, one of its parishes, Catholic schools or other Catholic religious organizations. A total of 1,466 CVA lawsuits were filed in those counties, according to the state Office of Court Administration, so The News' analysis encompassed 91% of the cases.

The Rev. Donald W. Becker was the subject of the most claims against a Catholic priest with 30, followed by the Rev. Fred G. Fingerle with 27, the Rev. Bernard M. Mach with 21 and the Rev. Norbert F. Orsolits with 20.

Diocese officials covered up Becker’s alleged sex crimes against children as far back as 1983, according to internal diocese documents subpoenaed by the state Attorney General’s Office.

That’s the year a mother, whose name was not identified in the documents, complained to diocese officials that Becker had sodomized her son in the mid-1970s. A high-ranking diocese official responded by saying he believed the mother and that the complaint warranted a trip for Becker to Southdown Institute, an agency in Ontario that treats abusive priests.

Becker, however, was allowed to work in parishes until 2002, when he was approved for “medical leave” and suddenly stepped down as pastor of a Batavia parish.

Fingerle is accused of molesting children in six different parishes, ranging from Most Precious Blood in Angola to All Saints in Buffalo and St. Timothy in the Town of Tonawanda.

In some of the priest cases, the same plaintiffs identified an alleged perpetrator in multiple lawsuits, so the clergy numbers include some duplication.

But he also said it was still likely a significant undercounting because many victims are reticent to come forward.

“In no way is it the complete number,” he said. “Experience has taught me the number is probably low. Even though it’s a sizeable number, it’s probably low,” he said.

Garabedian said he still receives calls from abuse victims in other states after the period for being able to file lawsuits has elapsed.

“There will be clergy sexual abuse victims coming forward for decades in New York to report having been sexually abused, for the first time, by a priest that has never been named before,” he said.

The Editorial Board: Fisher’s pledge to demonstrate remorse is a necessary project requiring decades to achieve

It wasn’t just men of the cloth. Scout leaders, youth coaches, foster parents and teachers are among those named in lawsuits arising from the …

A school counselor took the mic to quiet down students. It led to a yearslong legal battle

A legal battle continues over a student's complaint she has suffered ringing in her right ear ever since a counselor spoke into a microphone in 2015 at John F. Kennedy High School in Cheektowaga.

When confronted with the allegations, the priests denied committing any acts of abuse, diocese officials said in a news release.

The judge said allowing the state litigation to move forward “would become an inherent distraction that promises to complicate negotiations” among the parties involved in the Diocese of Buffalo bankruptcy reorganization.

Voting has been underway for weeks and, if approved, the plan could stave off most lawsuits against local councils, including three in Western New York.

“I have to answer to God,” 87-year-old Monsignor Ronald P. Sciera said. “I have a hope that justice will be served, and the truth will come to light.”

An Olean building that houses Archbishop Walsh Academy could be auctioned off to the highest bidder in February, if a federal bankruptcy judge approves the Buffalo Diocese’s latest plan to sell the property. 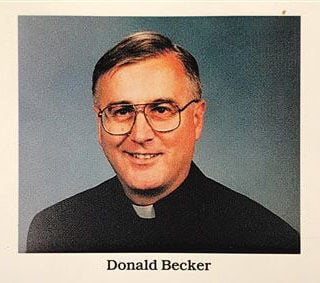 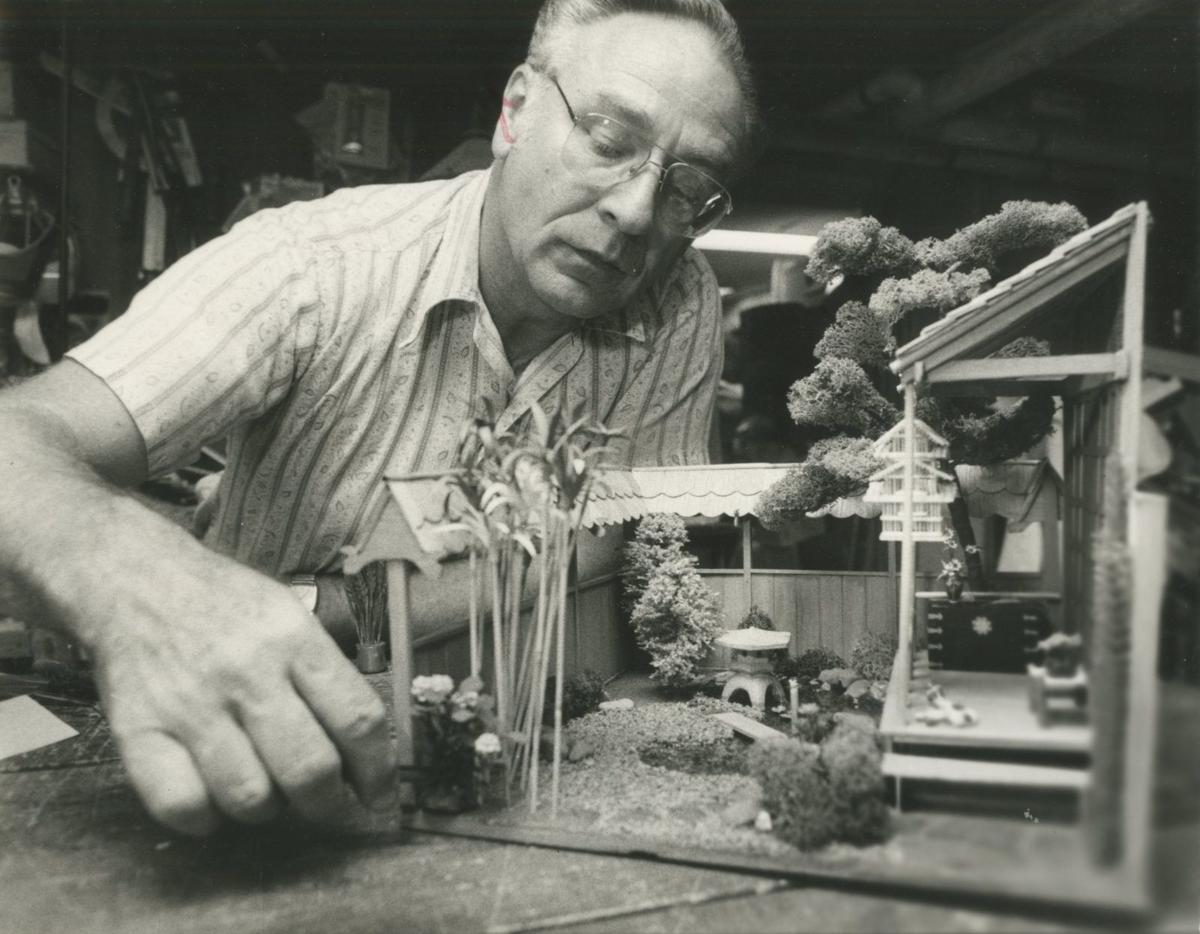 Former Kenmore-Town of Tonawanda School District teacher Arthur Werner, shown in a 1987 photo, is accused of sexually abusing children in 39 Child Victims Act lawsuits, more than any other individual in Western New York. 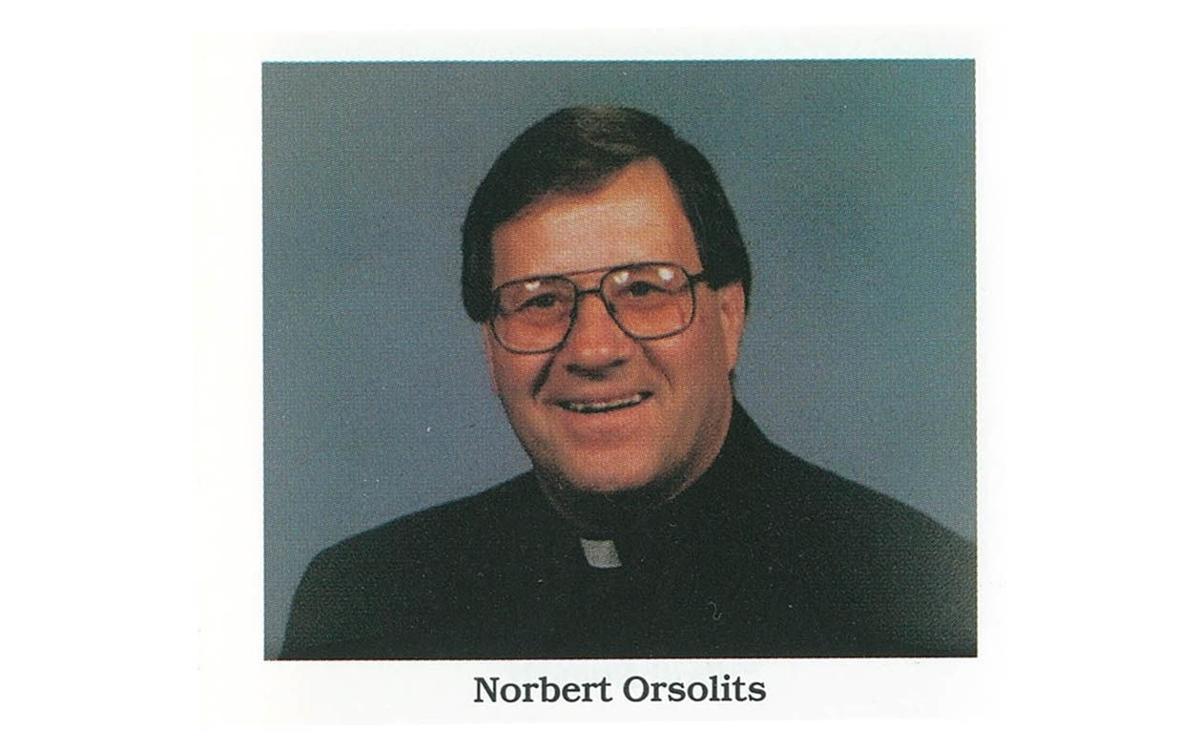