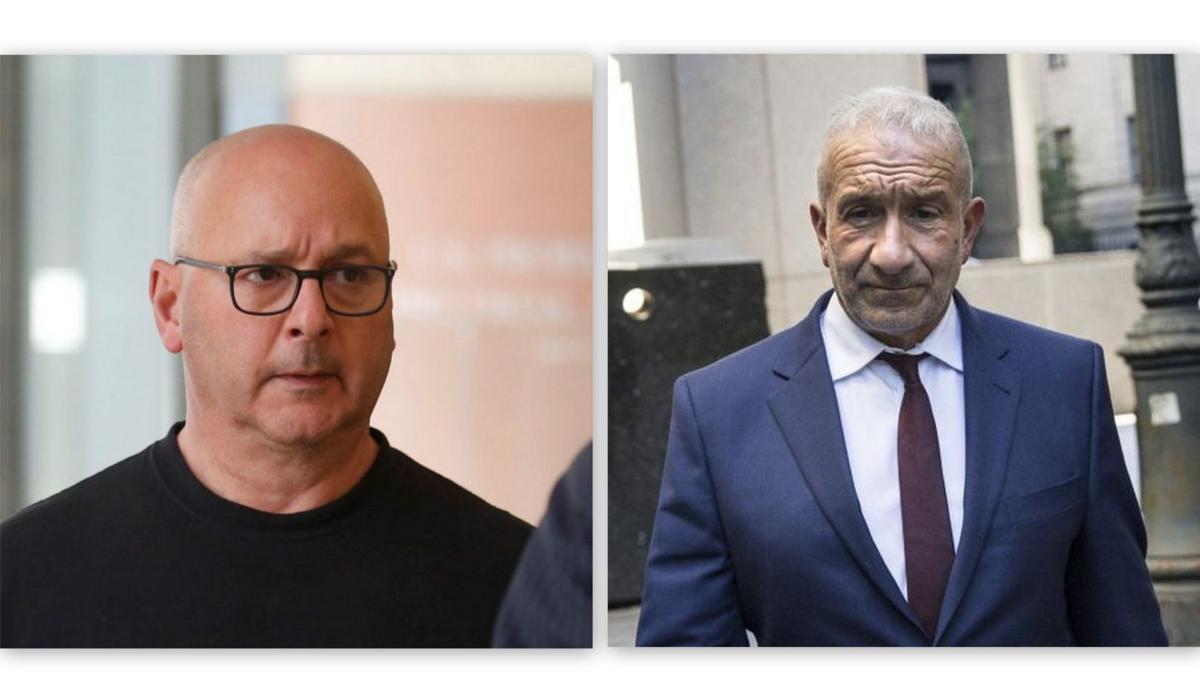 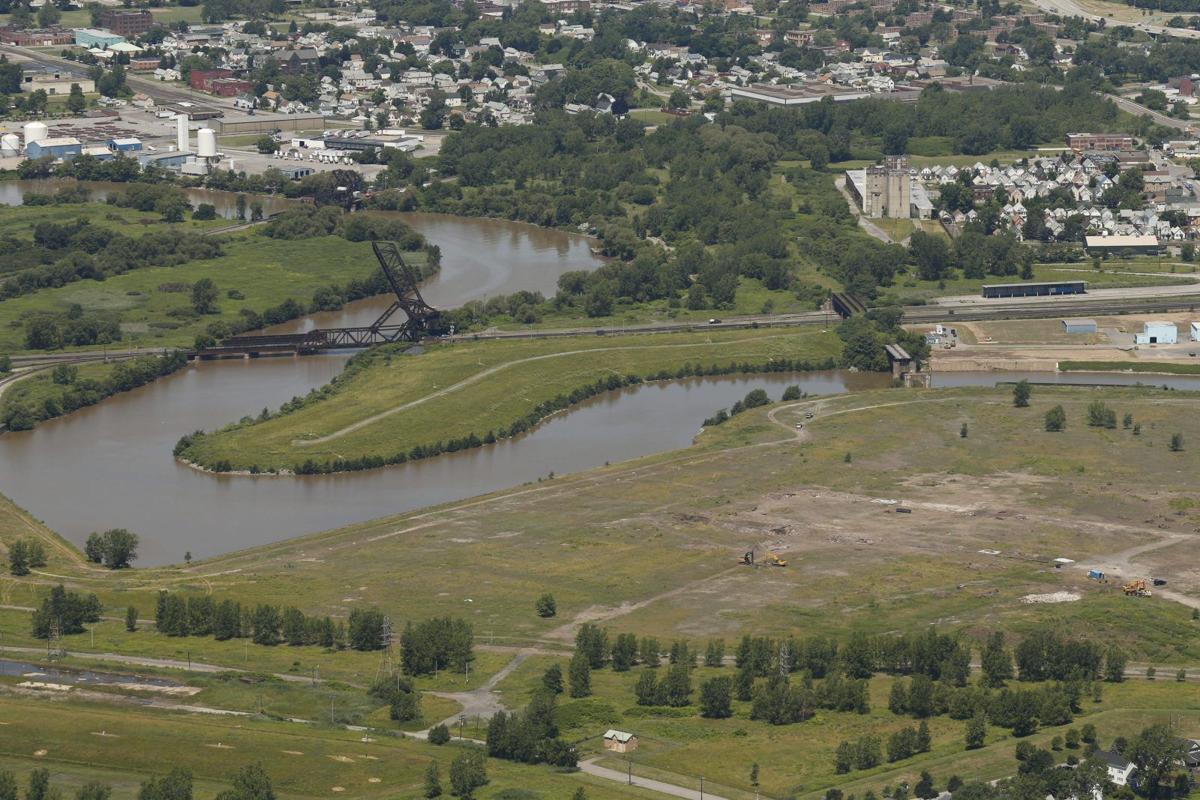 The RiverBend site on the Buffalo River was the focus of the Buffalo Billion corruption trial. . (Derek Gee/Buffalo News) 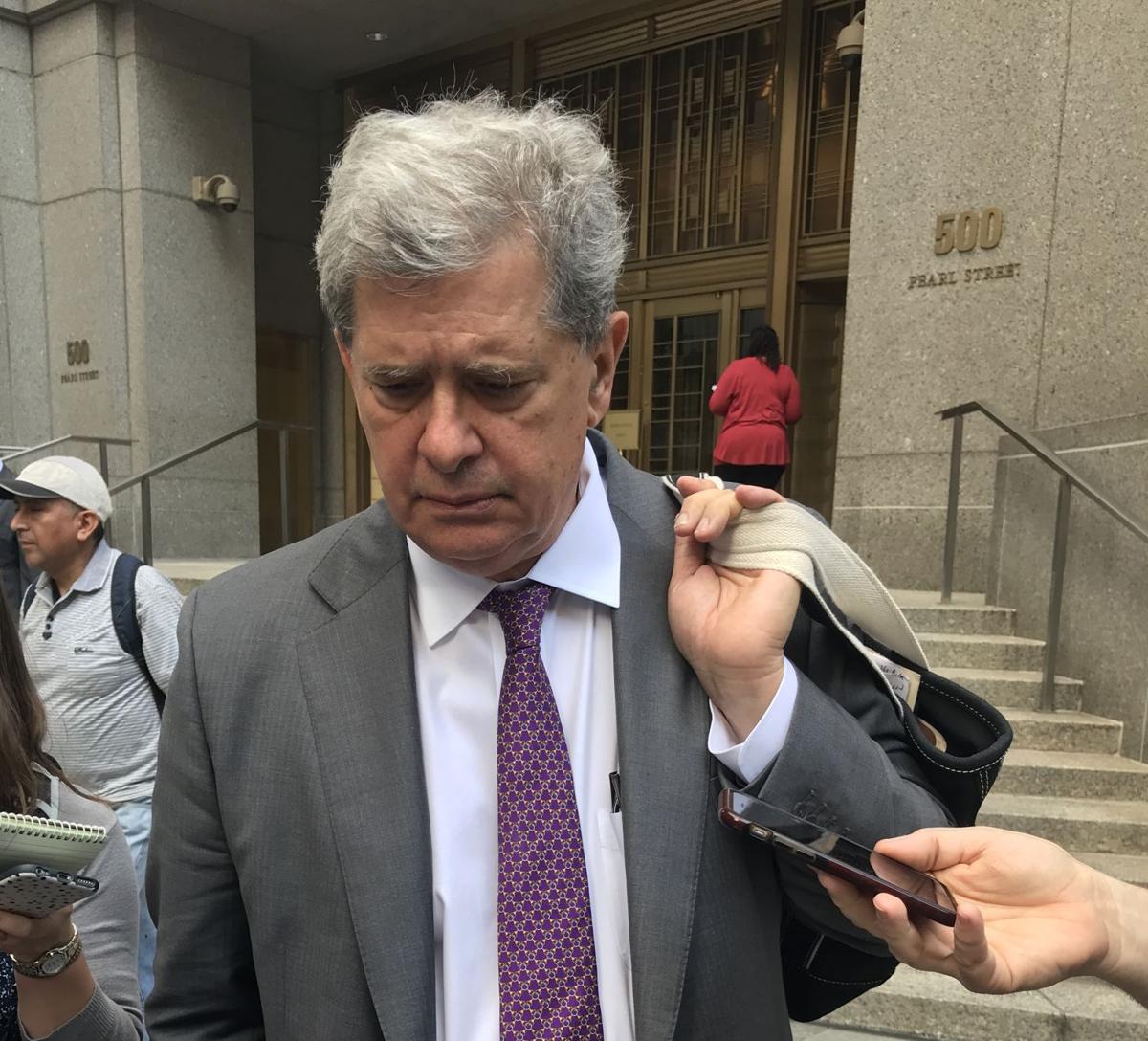 "I have never been more deeply disappointed in my professional life," said Shechtman, widely regarded as one of New York's top trial lawyers. "I didn't think there was any evidence against Lou Ciminelli. The fact that 12 people saw it differently renders me speechless."

For Ciminelli, the verdict marked the latest blow to a once-mighty Buffalo company that has been a force in the construction community since the middle of the 20th century.

A stone-faced Ciminelli left the Daniel Patrick Moynihan U.S. Courthouse in lower Manhattan accompanied by lawyers, friends and family members, some of them in tears.

Shechtman stayed behind to continue defending his client.

"This is a very good man whose company was destroyed by this," Shechtman said.

Shechtman said he had little hope that U.S. District Court Judge Valerie Caproni would throw out the wire fraud charge against Ciminelli, which defense attorneys viewed as particularly weak. Shechtman said Ciminelli would appeal the verdict.

An attorney for Kaloyeros, Michael C. Miller, said his client would appeal as well.

"We are absolutely heartsick," Miller said. "Alain Kaloyeros is a good man. All he tried to do is enact the governor's vision in Buffalo."

But the U.S. attorney for the Southern District of New York, Geoffrey S. Berman, said that justice had been served.

"The guiding principle of the Southern District holds that true justice can only be achieved through independence from politics or influence, and that has never been more important than today," Berman said in a statement. "I commend the career prosecutors of our public corruption unit for their enduring commitment to true justice in our government.”

Gary Loeffert, special agent in charge of the FBI's Buffalo Office, said the verdict would have lasting positive effects.

"Years of investigative work by FBI Buffalo and Southern District of New York agents and prosecutors has changed the way business is done in western New York and across the state," Loeffert said. "It is the expectation of the public that officials represent the people when they enter office and not their personal interests."

Gov. Andrew M. Cuomo, who touted Kaloyeros as an economic genius who could spend Buffalo Billion money wisely and bring jobs to the city — and who accepted more than $100,000 in campaign contributions from Ciminelli and his family from 2009 to 2014 — refused to defend either man on Thursday.

"The jury has spoken and justice has been done," Cuomo said in a statement after the verdict. "There can be no tolerance for those who seek to defraud the system to advance their own personal interests. Anyone who has committed such an egregious act should be punished to the full extent of the law."

Predictably, though, the verdict quickly became a political issue. Cynthia Nixon, an actress and progressive activist who is challenging Cuomo from the left in a Democratic primary, called the verdict a sign that it's time to clean up the governor's mansion — by ousting Cuomo.

"Governor Cuomo will say that he had no knowledge of Kaloyeros’ activity, just like he said he knew nothing about the crimes that Joe Percoco was committing in the his own office," Nixon said. "We’re supposed to believe that Andrew Cuomo, a notorious micromanager, had no idea what his right-hand man was doing right under his nose?"

The jury issued its verdict after nearly two full days of deliberations, with the jury foreman reading the results to a hushed courtroom at about 4:40 p.m.

None of the 12 jurors agreed to speak to the press at the end of the trial.

The verdicts brought an end to a four-week trial that served as a portrait of how Albany does business — in this case, in the jury's eyes, illegally.

The decision meant that the jury agreed with federal prosecutors who built a case against Ciminelli and Kaloyeros and the two Syracuse defendants that proceeded in fits and starts.

Schuler spelled out for the jury how he, Ciminelli and Kaloyeros conspired to make sure that LPCiminelli emerged as the winning bidder by designing the request for proposals, or RFP, to favor Ciminelli's company.

Most notably, potential bidders were told in 2013 that they had to have 50 years' worth of construction experience in the Buffalo area in order to qualify for the project. That prompted Schuler to show the jury a shirt, produced in 2011 celebrating LPCiminelli's 50th anniversary.

"I think someone put this in to help us ... and I'd never seen a requirement like that," Schuler testified.

State officials later shrank the requirement to 15 years of Buffalo experience, saying that the 50-year provision was a typographical error.

Despite Schuler's testimony, prosecutors faced a formidable obstacle in getting the jury to their story — namely themselves.

The team from the U.S. Attorney's Office for the Southern District of New York accidentally closed their case without presenting all the witnesses and evidence they wanted to present. Prosecutors asked the judge, Caproni, to allow them to reopen the case, and she agreed.

"These are not the first prosecutors who have had an 'oops' moment," Caproni said.

The defense, meanwhile, sought to discredit both Schuler and Todd Howe, the key government witness in an earlier corruption trial that led to the conviction of Joseph Percoco, a former close aide to Gov. Andrew M. Cuomo.

A defense lawyer also asked Schuler at one point: "Did Louis Ciminelli ever ask you to do anything to lead the Buffalo RFP in LPCiminelli's favor?"

"Nothing that comes to mind," Schuler replied. "Take a specific action? No."

Defense lawyers also sought to discredit Howe, a key figure in absentia in the trial, by having another witness read parts of Howe's testimony from the Percoco trial — and by highlighting Howe's many brushes with the law. The defense argued that jurors couldn't trust anything he said about how the Buffalo Billion deal was constructed.

And defense lawyers also made note of an email Kaloyeros sent when asked if more bidders could join the battle for the Buffalo Billion project at RiverBend.

"The more, the merrier," Kaloyeros replied.

Jurors obviously dismissed those defense arguments, though, in convicting Ciminelli, Kaloyeros and the Syracuse developers.

Berman, the U.S. attorney, tied the Buffalo Billion case to other state corruption cases his office had tried recently.

“The inscription, ‘The true administration of justice is the firmest pillar of good government,’ is set in stone in the Manhattan federal courthouse," Berman said. "Those words have never been more poignant for the citizens of New York, as in quick succession less than four months apart they have seen this office secure convictions in separate prosecutions against the State Assembly Speaker, a close confidant and executive aide to the governor, and now the president of SUNY Polytech, the executive leading the expansive ‘Buffalo Billion’ initiative."

Defense attorneys argued, though, that the recent conviction of former Assembly Speaker Sheldon Silver and the federal case against former Senate Majority Leader Dean Skills may have left jurors with an urge to convict.

"You had Dean Skelos on trial just down the hall and Sheldon Silver in this room," Shechtman said. "And a lot of citizens in this state think it's dysfunctional and that there's a cult of corruption."

Stephen Coffey, an attorney for Aiello — one of the Syracuse defendants — agreed.

Noting the Skelos and Silver trials, Coffey said: "It's not a good time to go to trial on a case like this."

It's a good time, though, for critics of the governor and the State Legislature.

Moments after the verdict was announced, the Twitter account of the state Republican Party said: "A full slate of guilty convictions. It is absolutely conclusive that @NYGovCuomo is corrupt. Enough is enough. New Yorkers deserve so much better."

Charles R. Drew Science Magnet School was under lockdown for several hours after authorities received a report of student with a gun.

The RiverBend site on the Buffalo River was the focus of the Buffalo Billion corruption trial. . (Derek Gee/Buffalo News)