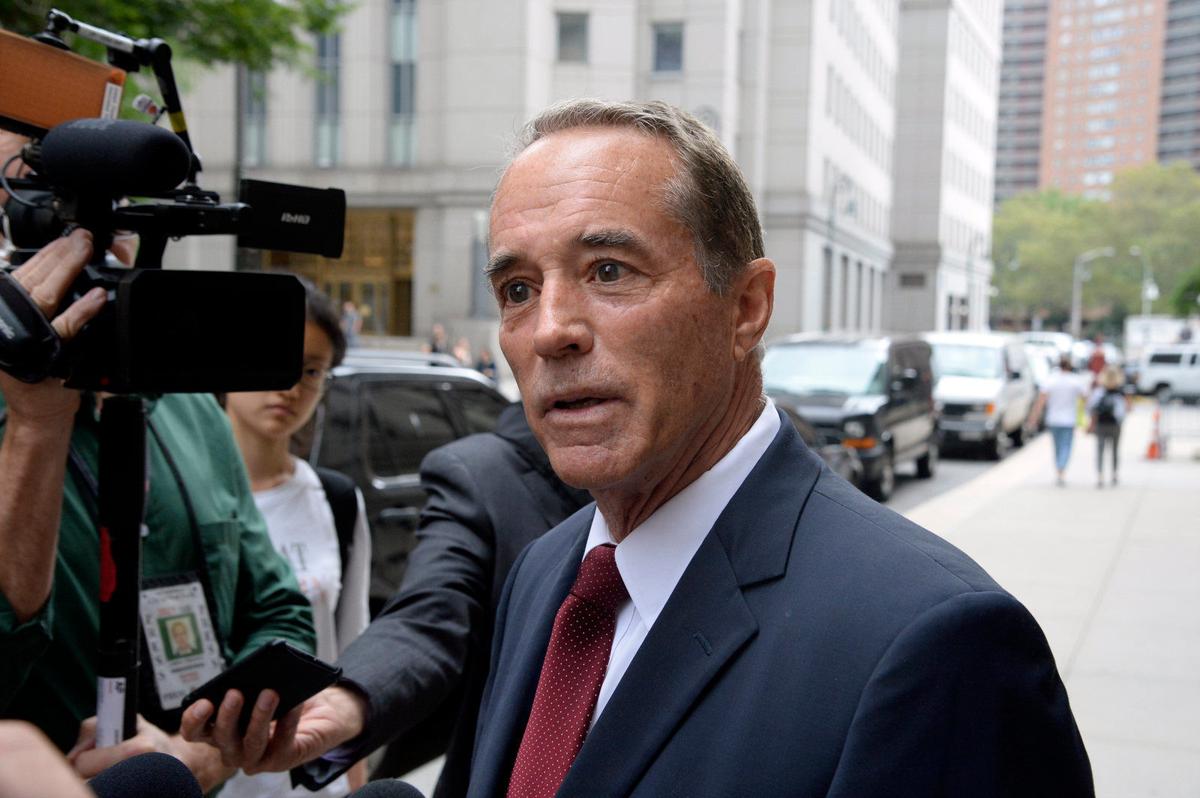 Rep. Chris Collins, R-Clarence, leaves the U.S. District Court in Manhattan after a hearing on his insider trading case on Thursday, Sept. 12, 2019. (Jefferson Siegel/Special to The News) 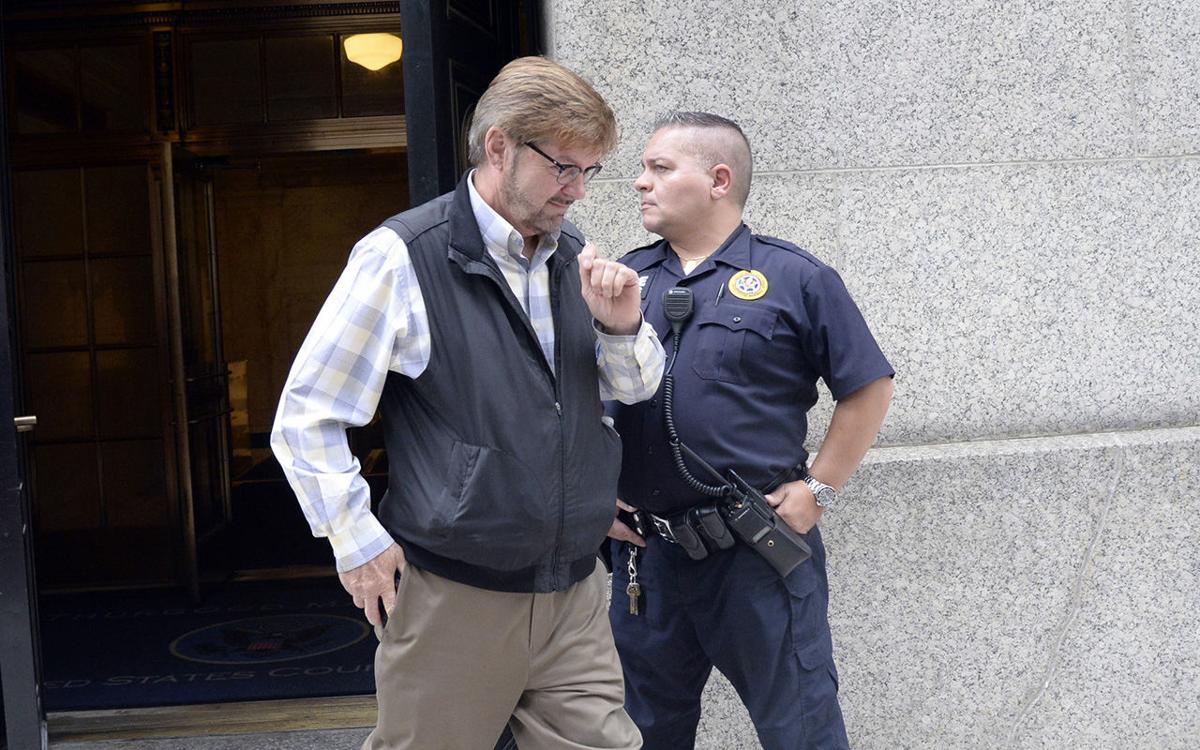 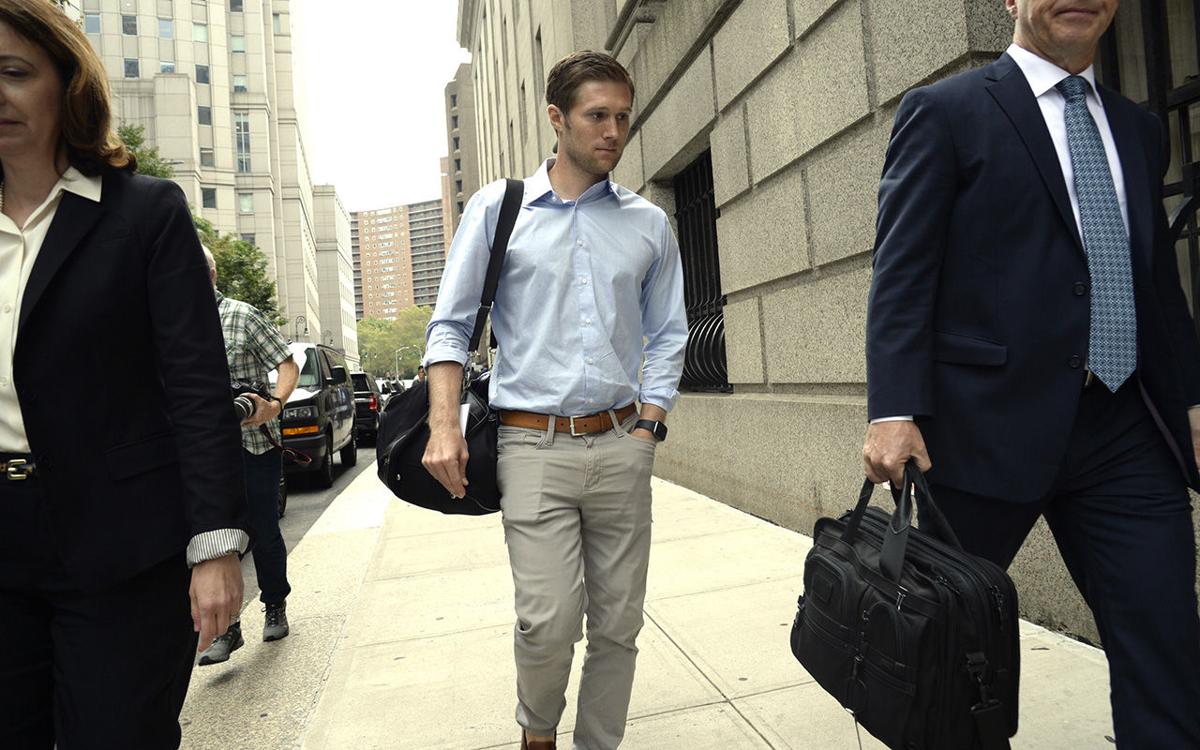 NEW YORK – The judge in the insider trading case against Rep. Chris Collins said Thursday that a trial should go forward as scheduled Feb. 3 – even if it means that only Collins' son and another co-defendant face jurors at that time.

Concerned that the congressman's appeals citing a constitutional clause could force a delay in the case, U.S. District Court Judge Vernon S. Broderick made clear that he was willing to first try the two other co-defendants: Cameron Collins and Stephen Zarsky.

In that scenario, Rep. Collins would go on trial separately next summer or even sometime later, Broderick said at a status conference in the case.

"I want to preserve that (Feb. 3) trial date, whether it's three defendants or two," Broderick said.

Broderick's statement indicates that on the issue of timing, he generally agrees with prosecutors in the case. U.S. Attorney in the Southern District of New York Geoffrey S. Berman suggested earlier this month that the trial should be broken in two if Collins' pretrial appeals force a delay in the case against him.

Speaking to reporters after the 90-minute hearing in the case, Collins, a Clarence Republican, made clear that he prefers that there be one trial and one trial only.

"You know, there's one instance that they're alleging," Collins said. "So we made clear today that we believe there should be one trial. ... And, you know, I look forward to being exonerated."

Thursday's conference in the case began with Collins, his son and Zarsky being arraigned on the charges in the superseding indictment prosecutors in the case filed last month. All three men pleaded not guilty.

Prosecutors narrowed the charges slightly and dropped some language from the first indictment in hopes of steering clear of concerns that they may have violated the congressman's rights under the Constitution's speech or debate clause.

Collins stands accused of passing an inside stock tip on to his son, who is accused of then passing it on to Zarsky, the father of his fiancee. The inside tip involved failed clinical trials of an experimental drug made by Innate Immunotherapeutics, an Australian biotech where Rep. Collins served on the board.

While the three men are charged with fraud, conspiracy and lying to the FBI, much of Thursday's conference in the case – like much of Rep. Collins' defense – centered on the Constitution's speech or debate clause.

That clause aims to shield federal lawmakers from undue intrusions from presidents or prosecutors. And a lawyer for Collins, Jonathan B. New, made clear that he planned to wage an aggressive defense on the grounds that investigators trampled on Collins' speech or debate rights by sweeping up evidence involving his legislative activities.

"Our client has constitutional rights, Your Honor," New told the judge. "We're going to do everything we can to protect those rights."

Broderick last week rejected the defense's motion seeking to examine more evidence to determine if it infringes on Collins' constitutional rights. And on Thursday, he seemed impatient with the idea that the speech or debate clause issues could slow down the case.

"Let me just say this: The case has been pending a long time," Broderick said.

But it could end up pending even longer.

Collins' defense team has until Sept. 23 to appeal Broderick's speech or debate ruling from last week. Under federal law, appeals on that motion or any other one citing the speech or debate clause must be resolved before the congressman's case can go to trial.

That's why Broderick set a series of deadlines for any additional pretrial motions to be filed in October.

Lawyers for Cameron Collins and Zarsky said they expect to file separate pretrial motions on legal issues other than the speech or debate clause, which does not offer any protection to defendants who are not members of Congress.

The rulings in those motions do not threaten to slow the case down the way additional motions involving the speech or debate clause could.

But Scott Hartman, an assistant U.S. attorney who is prosecuting the case, indicated that Collins' appeals under that constitutional provision might move quickly through the court system.

"If they are meritless appeals, the court can proceed to trial," Hartman said.

That's clearly what the judge wants to do.

"I don't want to move the trial date," Broderick said. "The trial date is going to be what it is."

Deyanna Davis was turned over to the custody of the U.S. Marshals Service, per instructions from federal court.

Shootings, homicides increase in Buffalo over first six months of 2020

The first half of 2020 brought a pandemic and mass protests. It also came with an increase in violence on Buffalo's streets.

A federal bankruptcy judge is giving the diocese until September to sort out a tangled web of historical insurance coverage and determine how those policies might be affected by Child Victims Act lawsuits against the diocese and parishes, schools and other Catholic entities.

Absentee ballots in NY-27 pull McMurray within 6.3 points of Jacobs

Rep. Chris Collins, R-Clarence, leaves the U.S. District Court in Manhattan after a hearing on his insider trading case on Thursday, Sept. 12, 2019. (Jefferson Siegel/Special to The News)