"It's the biggest case that anyone can remember," Flynn said, regarding the number of criminal charges levied, though he was not certain whether there had ever been a case that generated more indictments out of the Erie County District Attorney's Office.

Prosecutors said the first incident took place Sept. 26, when the suspects are charged with breaking into a West Side residence where an 11-year-old girl was home alone. Flynn said the suspects – Bryce J. Baker , 19, of Buffalo; Abdiwahab Sabtow , 19, of Buffalo; and an unnamed 13-year-old – raped the girl, and later fled when her mother returned home, stealing a cellphone during the incident.

"This is extremely graphic, and I am not going to publicly state exactly what occurred to this child," said Flynn, who called the acts against the girl horrific.

The girl was treated at Oishei Children's Hospital for undisclosed injuries.

According the prosecutors the second incident took place Nov. 20. Prosecutors said Sabtow and two juvenile suspects, ages 13 and 14, picked up a 16-year-old girl who Flynn said they knew and offered to give her a ride. Instead of taking her to her destination, they drove to Potomac Park and raped her, Flynn said.

From there, the trio held the victim hostage, driving her to another location where they picked up Baker and an unnamed 19-year-old suspect who remains at large, officials said. The five teens are accused of raping the girl twice more, once on West Ferry Street near Broderick Park, and again at a location on Dart Street. The victim was reportedly held prisoner inside a garage for several hours before she was able to escape. Flynn said a "good Samaritan" found the victim walking barefoot on the side of the road and drove her to a location where she was able to call for help.

Both juveniles are being charged as adults, though their names were not released.

The three 19-year-olds face 25-years-to-life in prison if convicted. Flynn said that, "due to the juvenile statute rules, the 13- and 14-year-olds charged in the case could received only a maximum of 15 years in prison, if convicted on all the charges against them."

"It depends on whether or not they have any priors," Flynn said.

It is unusual that offenders that young are charged as adults, Flynn added.

Defense lawyers could petition to have the charges transferred to Family Court, but Flynn said that is something he would vigorously fight against. He said the 13- and 14-year-olds deserve to spend as much time in prison as possible, despite their young years.

"There is nothing more that I want to see than justice done for this 11-year-old girl and this 16-year-old girl," Flynn said.

“Clear evidence showed that the officer acted inappropriately and below the standards of the Sheriff's Office,” said Sheriff Timothy B. Howard’s undersheriff, John W. Greenan.

'I would never wish this on my worst enemy': Young victim of gun violence learns to heal

Quintasia Livingston was one of 355 people who were shot in Buffalo in 2020, nearly double the toll in 2019.

Federal prosecutors on Thursday said a Buffalo man was charged with trafficking crack cocaine following a search of his residence the day before.

Children were beaten and starved by their grandfather, his live-in girlfriend and their aunt last year in Lewiston, according to graphic statements by a prosecutor at a sentencing for the women.

Buffalo man injured after being struck while walking in Transit Road

The man, identified as Ernest Wright Jr., 54, suffered a leg injury and was taken by Mercy Flight to Erie County Medical Center with what were considered non-life-threatening injuries, the Sheriff's Office said.

The 911 call was the centerpiece of testimony Monday in the trial of Shane Casado, accused of fatally shooting Rachael Wierzbicki outside a home on Edson Street in South Buffalo the evening of Nov. 27, 2018. 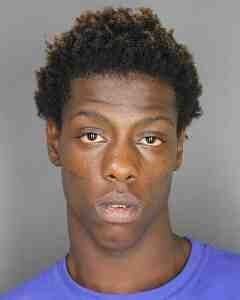 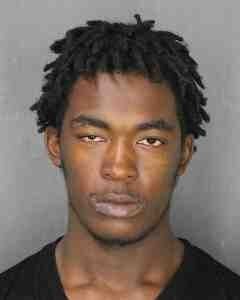