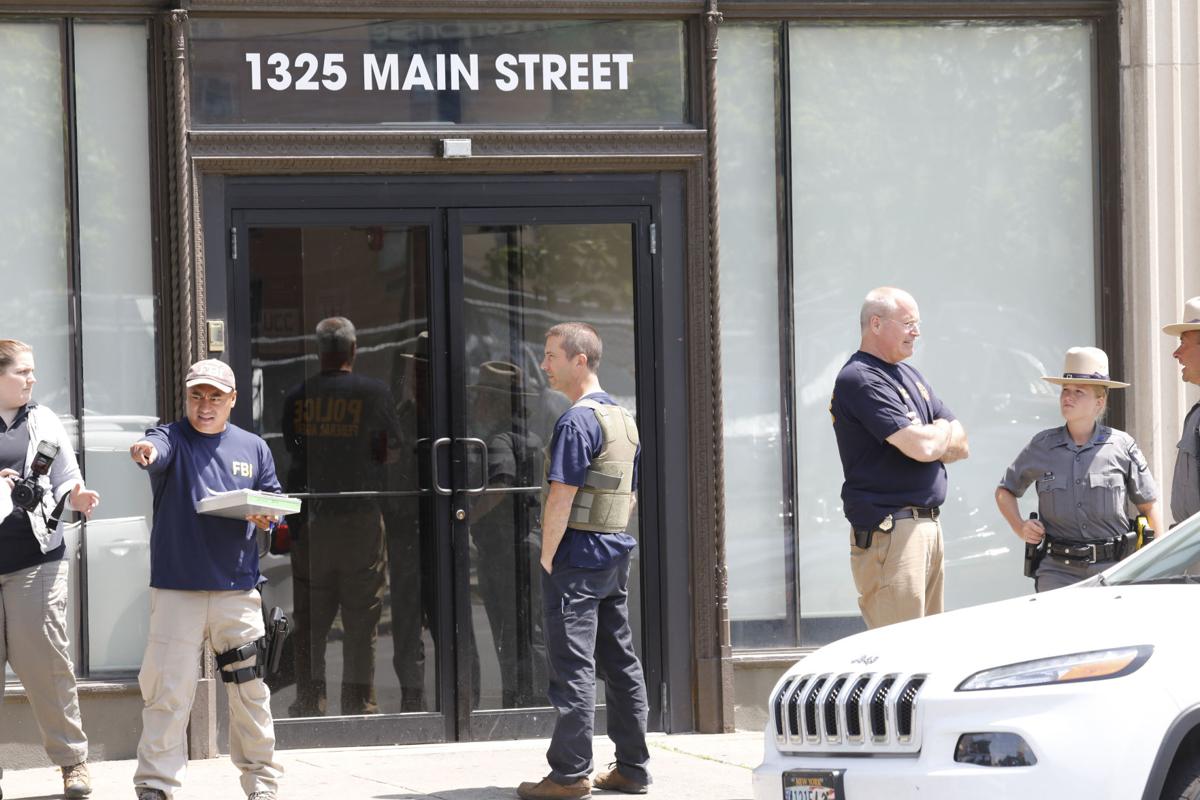 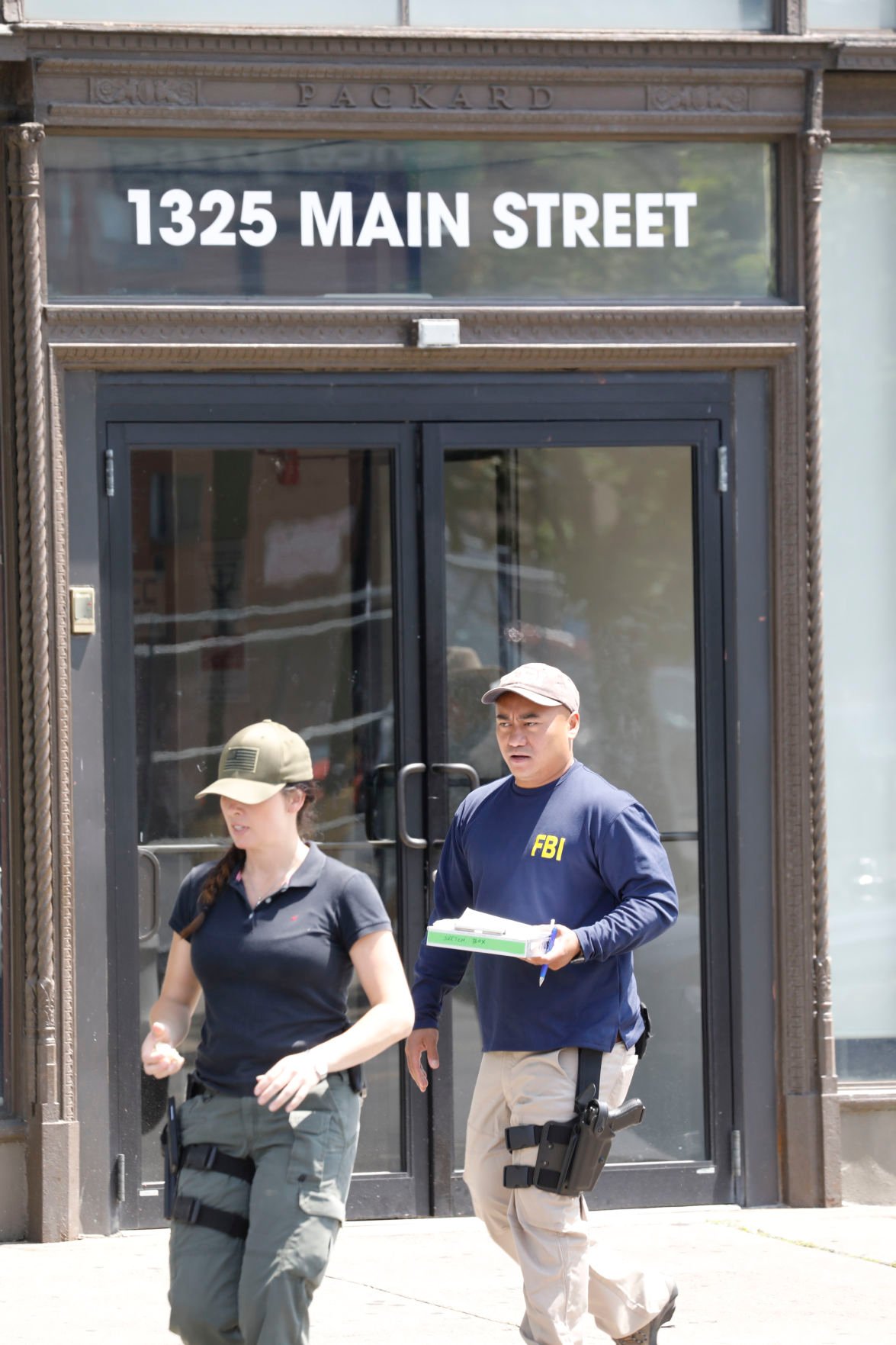 Armed with federal search warrants, FBI agents seized material from the organization's headquarters at 339 Genesee St. and later from two other locations – the Urban Chamber of Commerce at 1325 Main St. and a private home at 64 Meech Street.

The home is owned by Maurice L. Garner, a political operative who was instrumental in the founding of both Grassroots and the Urban Chamber. Garner was also an ally of Mayor Byron W. Brown.

Maureen Dempsey, a spokeswoman for the FBI, confirmed that agents were at all three locations, but declined to comment on the target of the investigation or what agents were looking for.

Several sources close to the investigation said the raids centered around Garner, a well-known figure in local politics, and are part of the Pigeon prosecutions in state and federal court. Pigeon is facing state bribery charges and a federal complaint related to a campaign donation.

"I can assure you that Grassroots has done nothing illegal," Willie Morris, president of the group, said Thursday. "We've done nothing wrong."

A person who was outside the Grassroots headquarters this morning said she saw six agents – two with "FBI" on their garb – enter the headquarters around 11 a.m.

The observer, who did not want to be identified, said she saw the agents load four boxes, apparently containing documents, into their vehicles before pulling away sometime after 1 p.m.

Shortly after 2 p.m., a team of federal agents, some of whom were assigned to the "FBI evidence response team" according to their garb, emerged with boxes and computers from the offices of the Urban Chamber on Main Street. After the agents pulled away, a person inside the offices rebuffed The News' attempts to learn what the agents were seeking.

Garner, who was not charged or arrested Thursday, could not be reached for comment.

Asked about the raids Thursday night, Brown said he had "no information right now."

"I have not spoken to him. I don't know if any charges have been brought against him," the mayor said, adding that he had not received any information about the raids from anyone in a position of authority.

Grassroots' building on Genesee Street is owned by Glenn Belton Sr., an Erie County employee. Belton told The News the FBI called and asked him to meet them at the address this morning, which he did. He said he quickly perused the multi-page search warrant and saw that it was related to certain political action committees.

As for Garner, he was not inside the building at the time and hasn't been for many months, Belton said. Belton said he has had his differences with certain political figures in Buffalo and did not want Garner to have access to the building.

"He was not here and does not have keys," Belton said.

Started decades ago as an alternative to Buffalo's existing African-American leadership, Grassroots quickly gained stature and influence on the local political scene.

By the mid-1990s, the organization had members on the Buffalo Common Council and Erie County Legislature.

Over time, the group's clout continued to grow, reaching the point where one of its leaders, Crystal D. Peoples-Stokes, was elected to the state Assembly and another of its leaders,  Brown, became a state senator and eventually Buffalo's first black mayor.

Garner, who helped found the group but is no longer an official, said it grew out of a desire to "connect with the little guy in black Buffalo."

Garner would go on to become a senior executive assistant to then-County Executive Dennis T. Gorski and later a deputy comptroller at Buffalo City Hall, a post many thought was linked to his political alliance with Pigeon.

He also was part of a consulting firm, Urban Visions for Tomorrow, that earned a $120,000 contract with Ciminelli Construction Cos. and played a role in the $1 billion renovation of the Buffalo Public Schools. Garner's company was one of several involved in the schools project cited for failing to meet women and minority recruitment goals.

Over the years, Grassroots has raised and spent thousands getting candidates elected, with some of the money linked to Pigeon. The organization raised $85,684 since 2010, and spent $79,867, according to the most recent campaign reports filed with the New York State Board of Elections in January 2017.

Some of the biggest contributors to Grassroots during that period included Brown, who gave $4,500 total – $3,960 from his Brown for Buffalo political campaign fund and $540 from the mayor himself. Hodgson Russ, a Buffalo law firm, contributed $6,000; and state Sen. Timothy Kennedy's campaign fund contributed $4,185 and he gave another $600, records show. Peoples-Stokes contributed $2,050.

Pigeon contributed $1,000 to Grassroots while Landon Associates, a Pigeon firm, gave another $550.

Other contributors to Grassroots include the Friends of Dick Dobson campaign fund, which contributed $1,050 in 2013. Dobson ran unsuccessfully for Erie County sheriff that year with support from one of Pigeon's political committees.

The Progressive Democrats of Cheektowaga contributed $175 in 2015. The group is headed by Frank Max, a Democratic political operative with ties to Pigeon who recently pleaded guilty to misdemeanor election law violations in an unrelated case.

The reports show Grassroots contributed $275 to Brown's campaign and $2,465 to Peoples-Stokes, which included a fundraiser on her behalf, from 2010 to January 2017. Beyond that, the Grassroots campaign finance reports detail spending on political activities, including literature, professional services and holding fundraisers, but doesn't detail which candidates are benefiting from the spending.

"It's truly been an honor and privilege to represent the men and women of this department," police spokesman Capt. Jeff Rinaldo said. "They're the true heroes. I just got to tell their stories."

Suspect in January slaying in Buffalo nabbed in Dallas

Rickey L. Bryant, who has been accused in the slaying of 35-year-old Tony D. Rookard, was taken into custody in Dallas by the U.S. Marshals Service, the District Attorney's Office said.

A motorcyclist was killed and a driver was injured in a collision just after 9 p.m. Wednesday at Walden Avenue and Barthel Street.