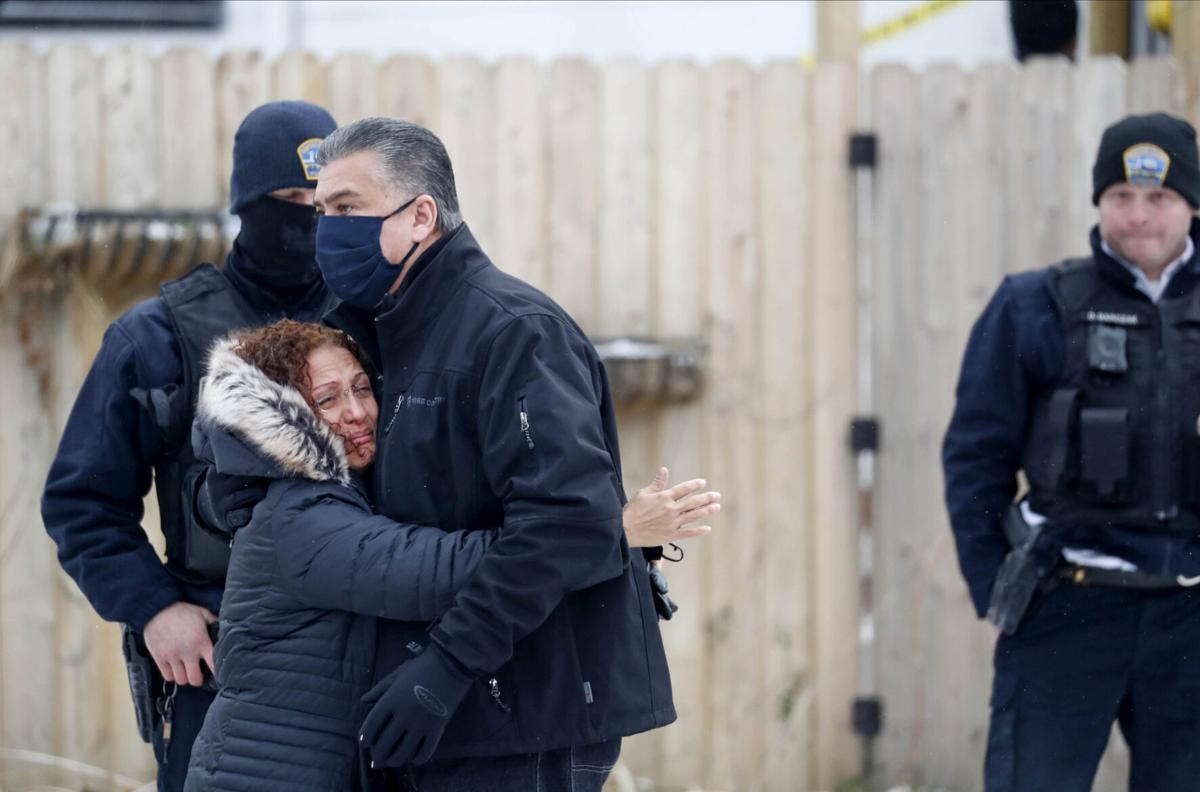 A man and woman hug in front of 77 Lilac St., where the body of Ana Rodriguez, 74, a woman struggling with dementia, was found after she was reported missing by family members. 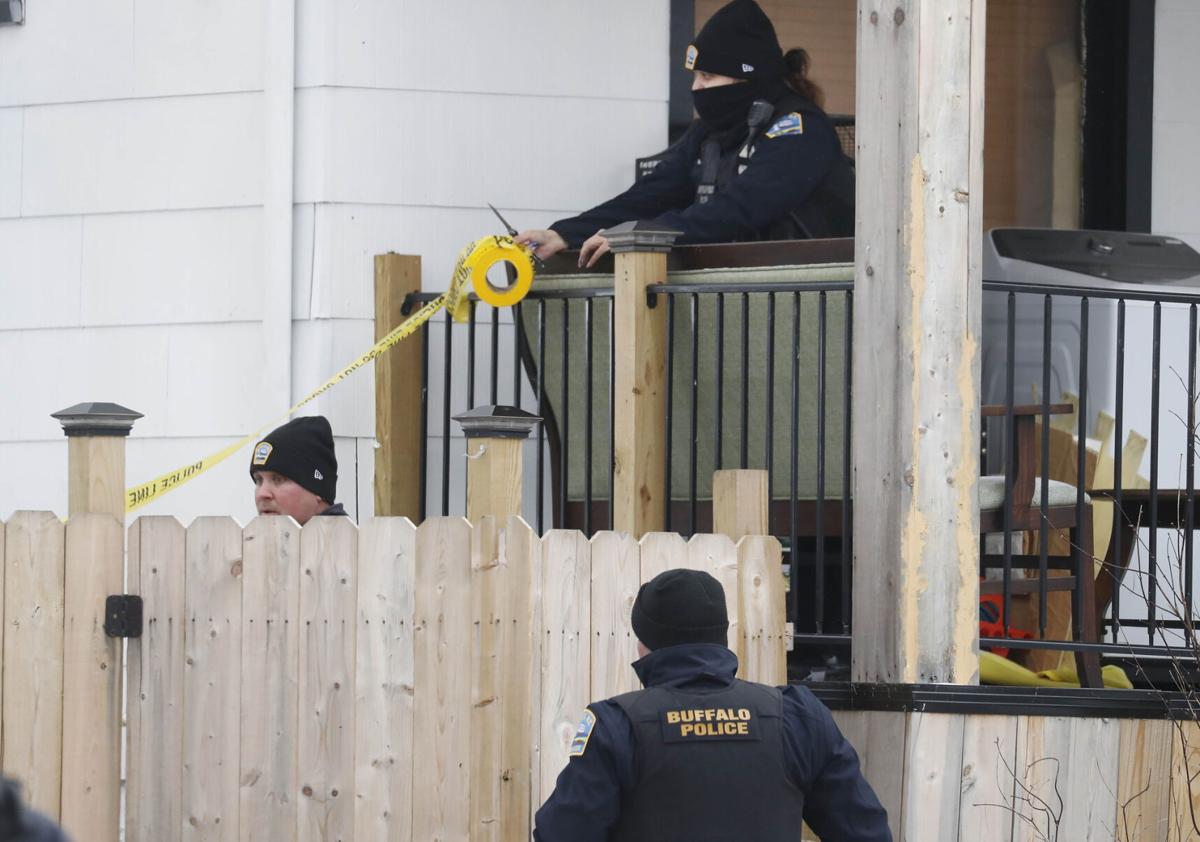 Police officers tape off the porch in front of 77 Lilac St. Tuesday afternoon near where police had been searching for Ana Rodriguez, 74, a woman struggling with dementia who was reported missing by family members.

The woman found dead in a yard on Lilac Street on Tuesday is missing 74-year-old Ana Rodriguez, a family representative confirmed with The Buffalo News.

Rodriguez, who suffered from dementia, was last seen about 1 p.m. Monday on Lilac Street, off of South Park Avenue, just east of Hopkins Street.

Around 12:45 p.m. Tuesday, Buffalo police found the body of a woman on Lilac Street, according to Deputy Police Commissioner Joseph Gramaglia.

"Our heart breaks for the family," Gramaglia told reporters at a news conference.

Rodriguez lived on Lilac, and the body was found down the street from her home, Gramaglia said.

Police do not suspect foul play, but the Erie County Medical Examiner's Office will determine how the woman died.

Police escalated search efforts due to the cold weather and because Rodriguez suffered from dementia, Gramaglia said.

The Buffalo Police Department Underwater Recovery Team responded to the Buffalo River earlier Tuesday after police in the air spotted a break in the ice.

A drone operated by Buffalo police spotted what appeared to be a body behind a home, and the body was confirmed by officers, he said.

Volunteers with Niagara Frontier Search and Rescue, a nonprofit organization, also helped in the search.

The sheriff's helicopter was not able to be utilized in the search Monday due to weather, Gramaglia said.

Police ask anyone who may have video from the neighborhood that may show Rodriguez walking around to contact detectives at 716-851-4415.

After taking roadside field-sobriety tests, the man refused a breath test, and was issued tickets charging him with DWI, speeding and following too closely.

Buffalo firefighters responded to a call just after 5:20 a.m. at 407 Hampshire St., at the intersection of 19th and West Ferry streets.

A man and woman hug in front of 77 Lilac St., where the body of Ana Rodriguez, 74, a woman struggling with dementia, was found after she was reported missing by family members.

Police officers tape off the porch in front of 77 Lilac St. Tuesday afternoon near where police had been searching for Ana Rodriguez, 74, a woman struggling with dementia who was reported missing by family members.

Ana Rodriguez, 74, has dementia and was last seen around 1 p.m. Monday on Lilac Street in Buffalo.