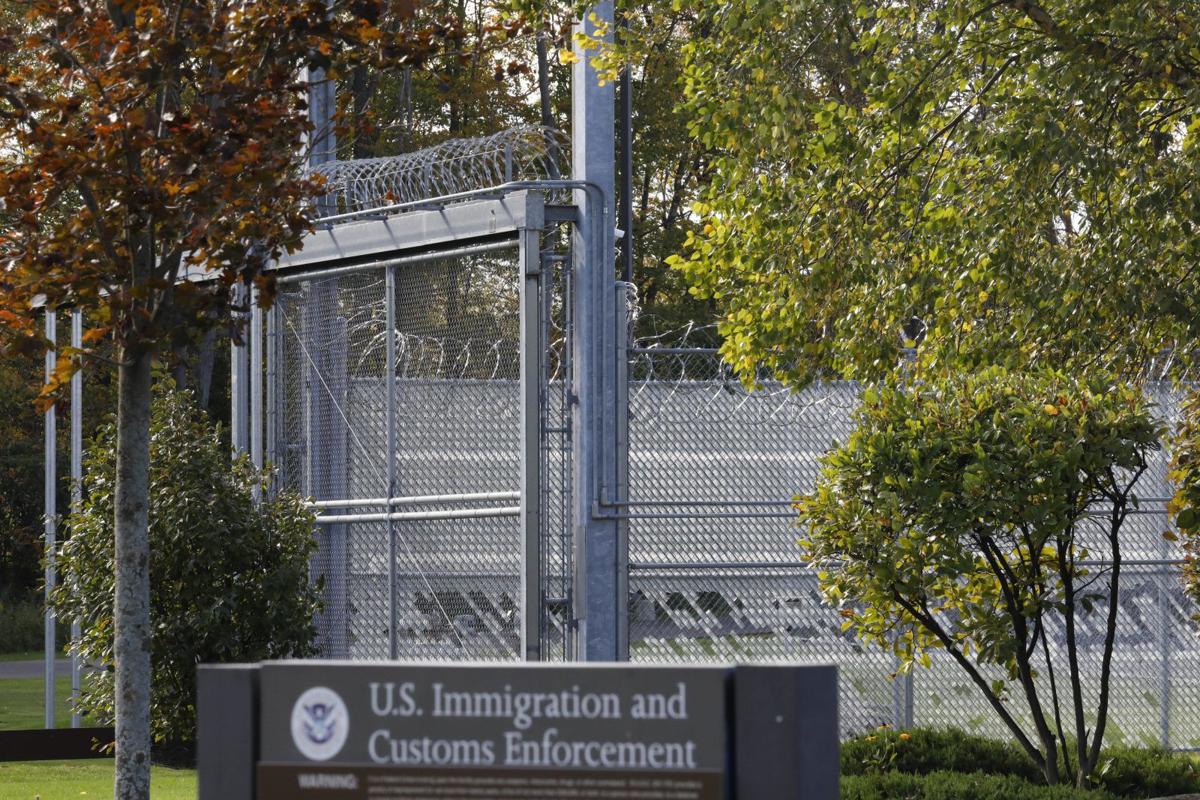 In the 20 years that the Federal Detention Center in Batavia has been open, there's been no escapes and no inmate deaths. Even immigration reform advocates give high marks to the prison that holds immigrants being deported. (Derek Gee/Buffalo News) 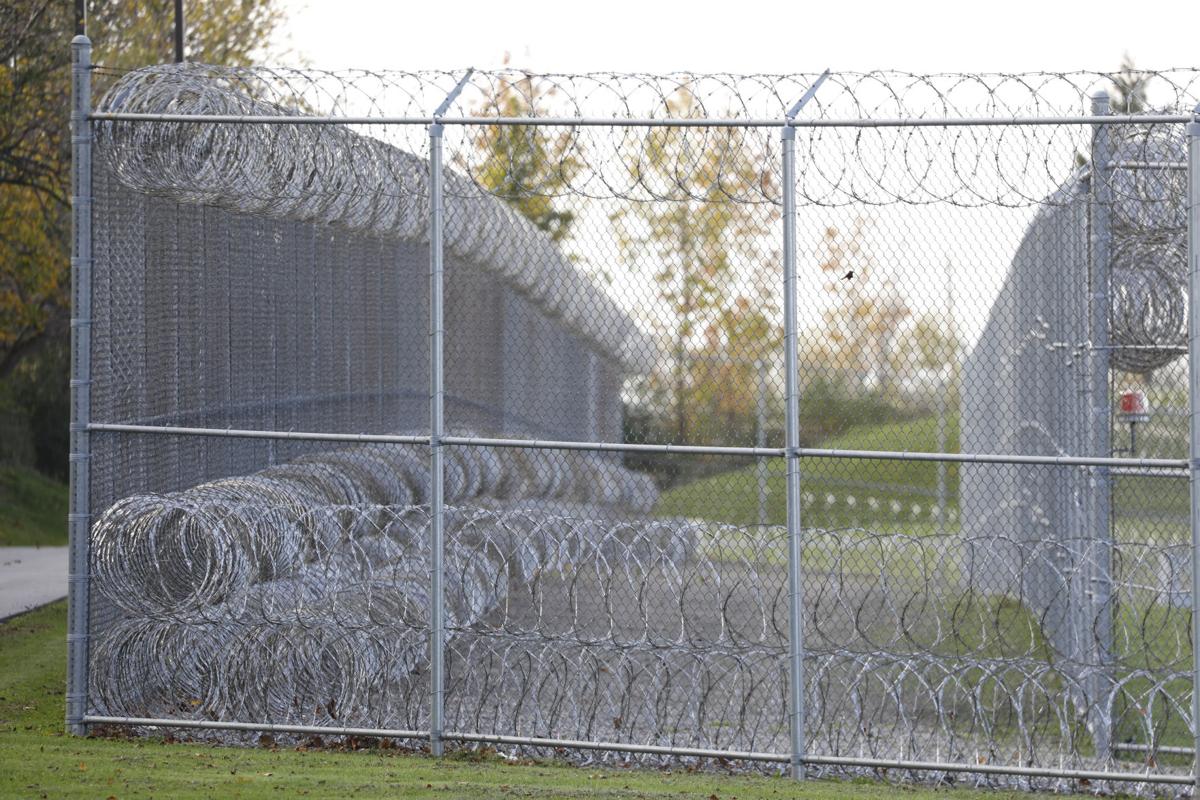 The Federal Detention Center in Batavia. 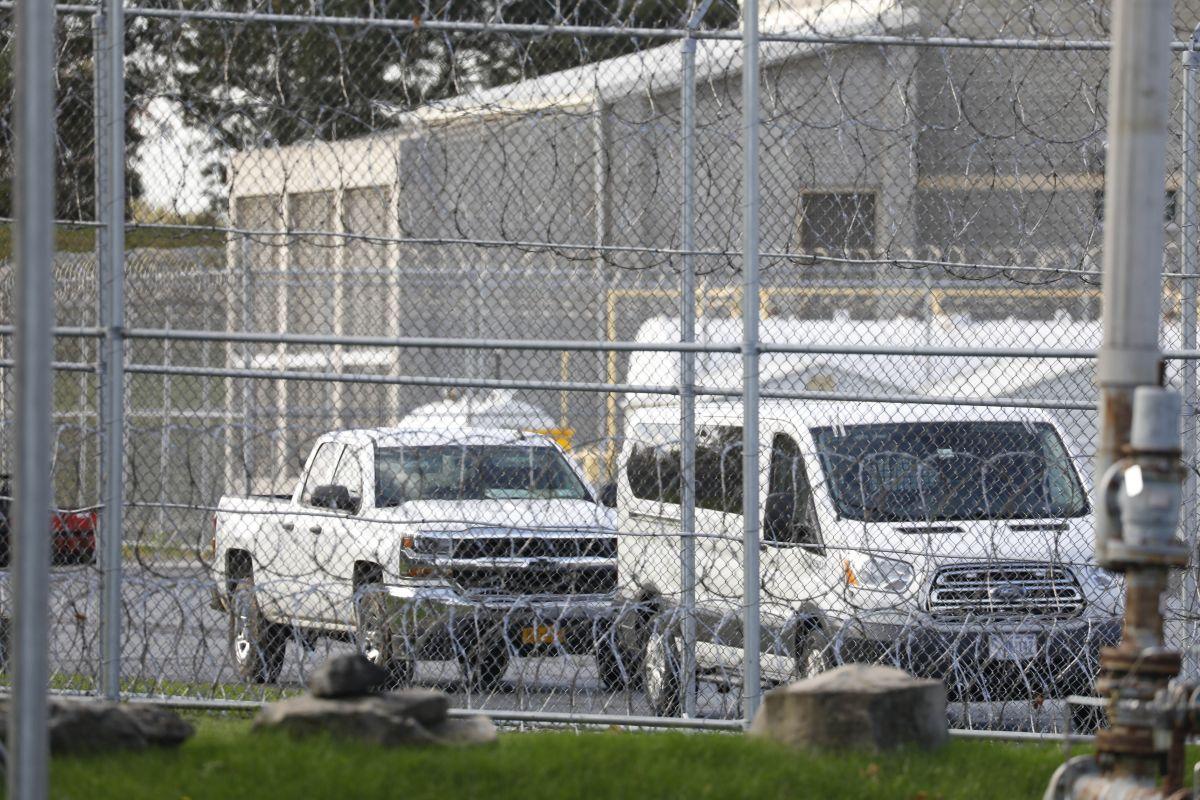 BATAVIA — After two decades, the blips on the radar — those moments when the federal prison here found itself in the spotlight — can be counted on one hand.

The Lackawanna Six spent time here. So did James Kopp, the anti-abortion extremist who shot and killed Dr. Barnett Slepian.

More recently, the 650-bed prison just a stone's throw from the Thruway was home to Mohammed Rashed, the Palestinian terrorist responsible for one of the world's first airline bombings.

It was also here that three Afghan soldiers who fled their training on Cape Cod to seek asylum ended their journey and, after earning headlines across the world, eventually won their freedom.

Years later, the spotlight is again on the Federal Detention Center at Batavia, but this time it's not a high-profile detainee prompting the attention.

More and more, the facility that prides itself on staying out of the news is finding its way into the fray because of President Trump's immigration crackdown and the growing attention and scrutiny paid to the undocumented immigrants being arrested and held here.

Even now, years after its opening in 1998, advocates for those immigrants, many of them critics of Trump's immigration policies, view the detention center as the standard for local jails and prisons.

'New York is not a safe haven,' warns new Buffalo head of ICE

"In my 15 years at Batavia, I always considered it a model facility," said Sophie Feal, a Buffalo lawyer known for her years of legal work on behalf of detainees.

The increased scrutiny of Batavia comes at a time of great change there. For the first time, female detainees are being housed at the facility. About 60 have arrived over the past three weeks.

Immigration officials say the center's expanding role is a reflection of its reputation both here and across the country.

After 20 years, they can boast of having no escapes, no suicides and no deaths.

"We always hit it out of the park," said Thomas E. Feeley, ICE's field office director in Buffalo, of the center's numerous inspections, accreditations and evaluations.

On a recent and rare tour of the center, it became clear why many view the Batavia prison as a prototype of sorts.

As you walk through the facility, you see firsthand the services that separate Batavia from its peers.

There's a 24-hour medical unit that looks like an emergency room and pharmacy you would find in a private hospital. There are doctors, dentists, nurse practitioners and pharmacists on staff, and there are rooms within the health care unit specifically designed for suicidal detainees.

The unit, which is run by the U.S. Public Health Service, an arm of the Surgeon General, also includes two psychologists and a part-time psychiatrist, as well as social workers.

"People just want to be respected," said Sean McMahan, health services administrator. "If you treat them well, they'll respect you back."

Not far from the medical unit is a wall painted with colorful flags, each one representing a detainee and the country the detainee came from. The display also includes the saying, "He who follows justice will prevail."

At last count, there were roughly 80 flags on the wall, with only two nations noticeably absent from the display.

"North Korea and the Vatican," said Jeffrey Searls, the center's administrator. "Those are the only two I know of."

At any given time, dozens of countries are represented in the population at Batavia. And with the diversity in backgrounds comes a need for a diversity of services.

The center provides a wide range of religious programs and, on the day of the tour, the facility's spiritual coordinator was planning five different types of Muslim services that week.

"We're all created in the likeness of God," Chaplain Emilio Alvarez said.

Alvarez said the services are a lifeline for a lot of detainees, especially given their status as immigrants far from home.

The center also provides a wide variety of dietary options, including vegetarian, kosher and halal, for detainees with unique health and religious needs.

Detainees also have access to a law library with eight computer work stations, and the results can be found in the hundreds of lawsuits filed in Buffalo federal court over the past two decades.

The complaints, known as habeas corpus suits, accuse the government of improperly holding a detainee and usually argue for immediate release. Most of the suits end up dismissed.

By far, the lion's share of the space at Batavia is reserved for the housing units, the 650 beds that are in both dormitory-style settings and higher-security, double-bunk cells.

Where detainees end up depends on the extent, if any, of their criminal background.

Not surprisingly, there are cameras everywhere but in the cells, a nod to a detainee's right to privacy. There are also numerous security checks of inmates and cells.

The housing units also include common areas with TVs and iPads, and it's no secret that soccer, not pro football, is king here. Among the rules: no caffeine and no tobacco.

Siana McLean, a Buffalo lawyer with extensive experience representing detainees, said her complaints about the center are rooted in its detention policies, not the quality of the facility.

She pointed to a "drastic decline" in the number of asylum seekers being granted parole while their cases are pending. Those same allegations are at the heart of a federal lawsuit that resulted in U.S. District Judge Elizabeth A. Wolford's ordering the center to immediately hear the requests of all potential parolees.

"I don't think any immigration lawyer is going to tell you it's a horrible place," McLean said. "I know of far worse detention centers across the country."

Over the years, the center has suffered a few black eyes. There was the indictment in 2011 of an ICE agent and two detention officers for illegally distributing steroids. All three pleaded guilty.

More recently, the prison became the subject of news reports alleging that kitchen workers were taking chicken out of the garbage and feeding it to Muslim detainees.

Feeley said the center's internal problems have been minimal and he's quick to suggest that the staff at Batavia is vigilant about weeding out the bad eggs.

Unlike most of ICE's detention centers, Batavia is not run by a private contractor, although contractors are used throughout the facility.

Opened in 1998, it was built here because of New York's prohibition on private prisons. Over the years, it has avoided the allegations — poor housing conditions and mistreatment of detainees — that have dogged many of ICE's privately run detention centers.

Feeley said that Batavia, at $18 a day per bed, is also a bargain compared with other facilities and is now using its cost-saving edge to help ease the financial burden on local jails and state prisons.

Last year, the detention center took in 61 state and county inmates who were released into ICE custody before the end of their prison sentence. Feeley said the program saved local and state taxpayers about $3.8 million in 2017.

The center is also working with county jails in identifying violent felony convicts — 661 last fiscal year — who should be deported, Feeley said.

When you talk to immigration lawyers about Batavia, you will often hear them talk about the people, management on down, who run the place and how most of them are natives with a long history here.

As one lawyer said, "When they come from Buffalo, we know what we're dealing with."

Feeley, who began his career here and recently returned, said it's no coincidence the staff is made up largely of people born and raised in the area, and that, to a person, they tend to bring a great work ethic and sense of professionalism to their jobs.

"There are brothers and sisters, husbands and wives, who work here," he said. "They're active participants in keeping their community safe."

The money was paid Nov. 12 to a Tennessee woman who alleged that Jack Koch abused her in 1986 when she was 16 and attending Amherst High School, where Koch was employed as a school attendance officer.

"To this defendant, Jevon Gaiter, known to many as 'Animal,' a human life is worth less than $20," Assistant District Attorney Ashley Morgan told the jury.

In the 20 years that the Federal Detention Center in Batavia has been open, there's been no escapes and no inmate deaths. Even immigration reform advocates give high marks to the prison that holds immigrants being deported. (Derek Gee/Buffalo News)

The Federal Detention Center in Batavia.