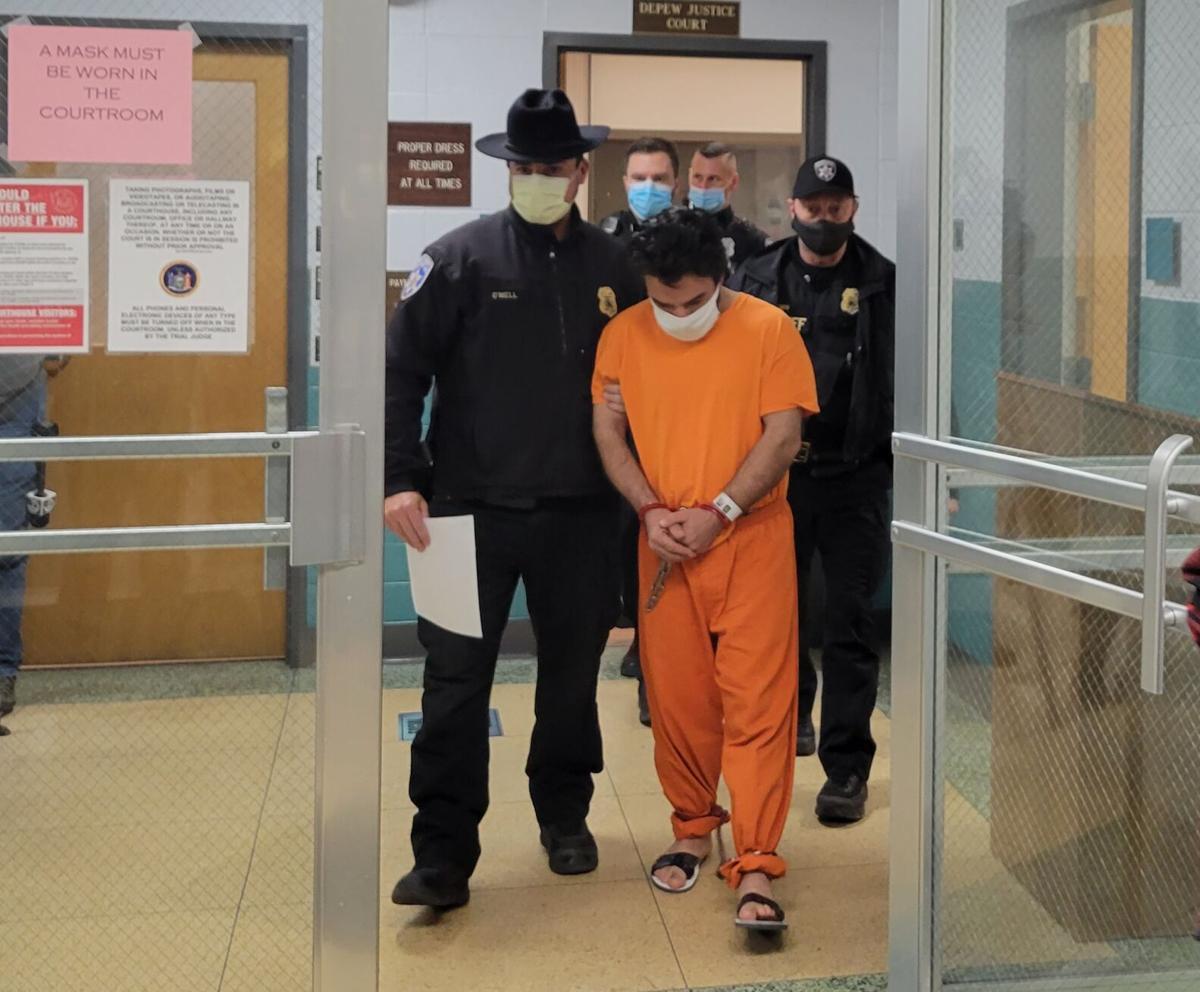 Tahir, 33, was separated from her husband, and she and her son had been living in the home of her sister and brother-in-law on North Creek Drive in Depew. A court order prohibited Sayed Nasir from getting near her. But on Saturday afternoon, Nasir, 38, allegedly broke into the home and stabbed her multiple times, said Erie County District Attorney John Flynn Jr.

At the time, their son was out with his aunt shopping for party favors for the celebration planned for him that evening, Flynn said.

"The brother-in-law was upstairs in the home, and he heard a scream," Flynn said. "When he went downstairs, he found the victim lying on the floor with blood coming out of her mouth."

The brother-in-law then looked outside and saw the suspect running toward a car, and he ran after him but couldn't catch up before the suspect drove off.

Three hours after a "be on the lookout" alert went out to area police, Amherst police spotted Nasir's car on Transit Road, pulled him over and took him to Depew police.

The estranged husband has a record of domestic violence toward Tahir.

"There was an order of protection that was in place already on the defendant to not go near his wife, and obviously he allegedly violated that by murdering her and stabbing her multiple times," Flynn said.

The couple arrived in Buffalo from Afghanistan in 2013. They were married in 2008 in Afghanistan.

In 2017, Nasir pleaded guilty to a misdemeanor assault charge in a domestic incident against Tahir, Flynn said.

Nasir was still on probation at the time of Saturday's fatal stabbing.

"He was prosecuted and pleaded guilty on two separate occasions before this incident," Flynn said.

"All homicides are awful, and this is an awful crime as well," Flynn said.

Nasir pleaded not guilty to the charges Monday in Depew Village Court.

Depew police received a call for medical help at 4:34 p.m. Saturday for an injured woman involved in a domestic dispute. Officers found Tahir's body when they arrived.

Mohammed Mia, 39, was arraigned Tuesday in Erie County Court on an indictment charging him in the death of Mohammed Hossain, 47, prosecutors said.