For the second time in nearly two months, former state Supreme Court Justice John A. Michalek was led out of a downtown Buffalo courtroom in handcuffs.

But on Tuesday, unlike what happened almost seven weeks ago, the former judge stayed in custody, kicking off his 16-month jail sentence.

On July 28, Cerio sentenced Michalek to a total of 16 months but let the former judge remain out on bail so his attorney could make additional arguments that Michalek shouldn't spend any time as a prisoner behind bars.

Despite arguments about the 71-year-old former judge's health, the delay in time between his guilty plea and the sentencing, the death of his son, the needs of his wife and his work in the community since his plea – nothing that wasn't previously raised, according to the Attorney General's Office – Cerio on Tuesday did not alter the sentence.

Other people come before the court with similar circumstances all the time, but Michalek wore the judicial robe and judges are "required to hold themselves to the highest of standards," Cerio said.

Michalek pleaded guilty in June 2016 to felony charges of third-degree bribery and first-degree filing a false instrument. He faced a potential maximum sentence of up to 11 years in prison.

Michalek admitted his involvement in a scheme with Pigeon that lasted from February 2012 to April 2015. As part of the exchange, Michalek asked Pigeon for help with a possible judicial appointment and employment for two relatives, according to prosecutors. He also received Buffalo Sabres tickets and a $1,000 political fundraiser ticket free for a relative.

Pigeon got information from the judge about lawsuits to which he had connections, as well as an attorney appointed as a receiver in a foreclosure case, even though the lawyer wasn't on the court's list of qualified receivers, prosecutors said.

Michalek was disbarred and resigned from the bench after pleading guilty.

On July 28, a few hours before Michalek's initial sentencing, Pigeon was sentenced to a year in jail for his role in the bribery scheme.

Cerio sentenced Michalek to 364 days in jail for the third-degree bribery conviction, to be followed by four months for the false instrument conviction.

Michalek, as he did on July 28, addressed the court. He talked about his son's suicide, which happened about a year after the former judge pleaded guilty.

The former judge said his sentencing was "something always out in front of me" since he pleaded guilty more than six years ago.

He "was radioactive" in the community because of his conduct and was already dealing with its effects over that period, he told Cerio, adding that "in a manner of speaking, it was something I was serving then."

Cerio moved Tuesday's proceeding to a larger courtroom in order to accommodate the crowd of more than 30 of Michalek's supporters who showed up at the courthouse. Michalek wouldn't let anyone other than his wife attend initial sentencing, but his defense attorney Carrie H. Cohen told the court she "overrode him" this time.

The crowd, which included family, friends, attorneys and former colleagues on the bench, were there to "beg" the court "for mercy," Cohen said.

Michalek deserved a shorter sentence than Pigeon because it was Pigeon, not Michalek, who was the target of law enforcement, she said.

He was a cooperating witness prepared to testify at trial against Pigeon, Cohen said.

The six-year period between his plea and sentencing led Michalek to live "every day under a cloud," his attorney said.

"I would call it a form of purgatory," Cohen said.

She said Michalek has a "very severe lung condition," and that such a condition, combined with the ongoing Covid-19 pandemic, would be exasperated by a "lack of ventilation" at the county jail.

Michalek previously had hip surgery, but has been falling lately, four times over the weekend alone, Cohen said. He also needs cataract surgery, she said, and he has appointments with doctors for those issues in the coming weeks.

In addition to the physical ailments, her client has an "inability mentally to withstand a period of incarceration," Cohen said.

Cerio denied the defense's request to allow Michalek to surrender in 30 days.

The Attorney General's Office argued Michalek should not have been afforded another chance to try to convince the judge he should receive a sentence without time behind bars.

Cerio said "there were unique circumstances here" that allowed him to give Michalek's attorney more time to submit additional arguments.

In a written statement, Attorney General Letitia James said Michalek "violated the very laws he swore to uphold as a State Supreme Court Justice and lost New Yorkers’ trust, all for personal gain.

"New Yorkers deserve a justice system they can have faith in," James said. "That’s why this corrupt behavior is so egregious and unacceptable."

One point of contention between the sides is whether former state Supreme Court Justice John Michalek's sentence had "commenced" when he was led out of the courtroom by an officer.

Jail put on hold for former judge in bribery scheme; Pigeon gets a year in custody

In an unusual turn of events, Cerio put a hold on Michalek's jail sentence, meaning it's delayed, though it's possible the former judge may never serve any time in custody. 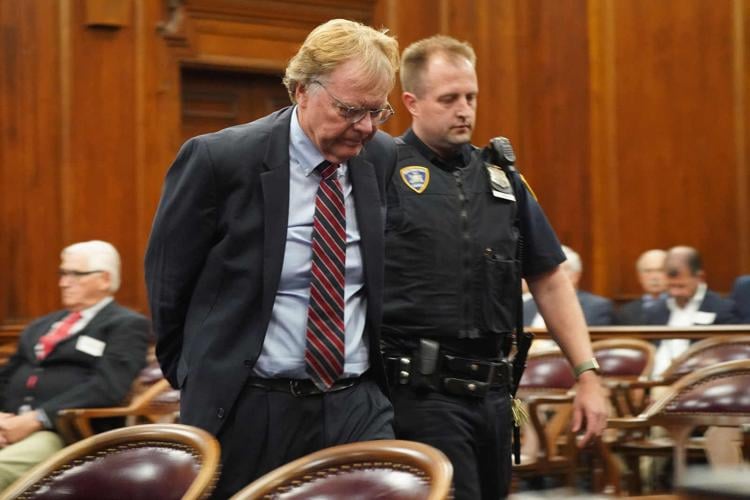 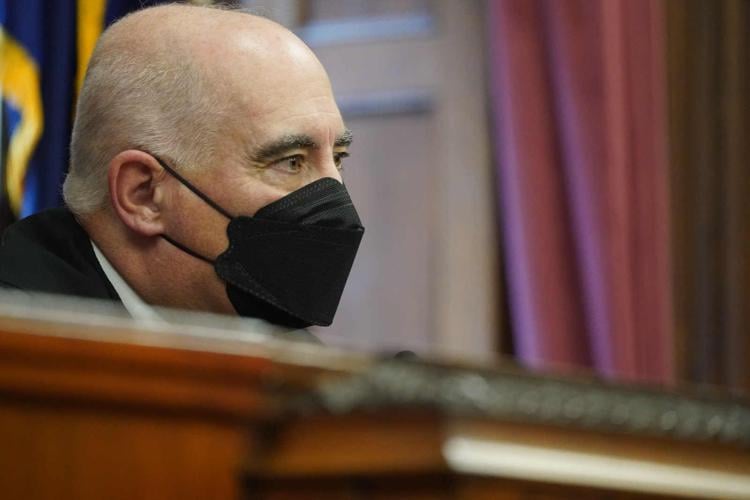 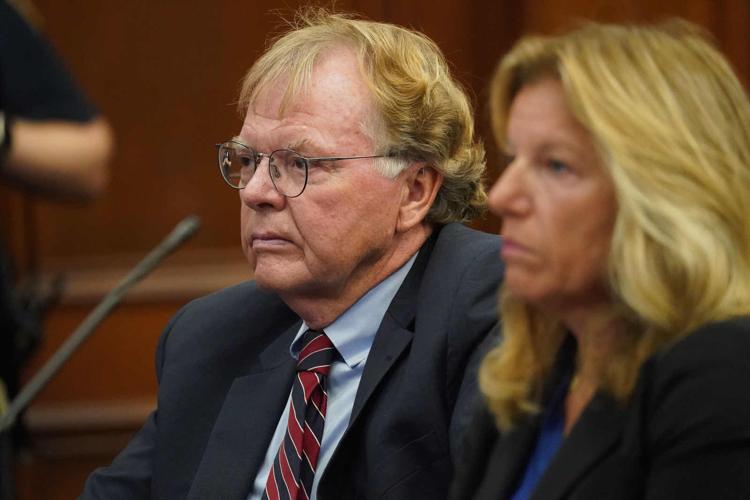 Former judge John Michalek looks on during the continuation of his sentencing hearing on Tuesday.