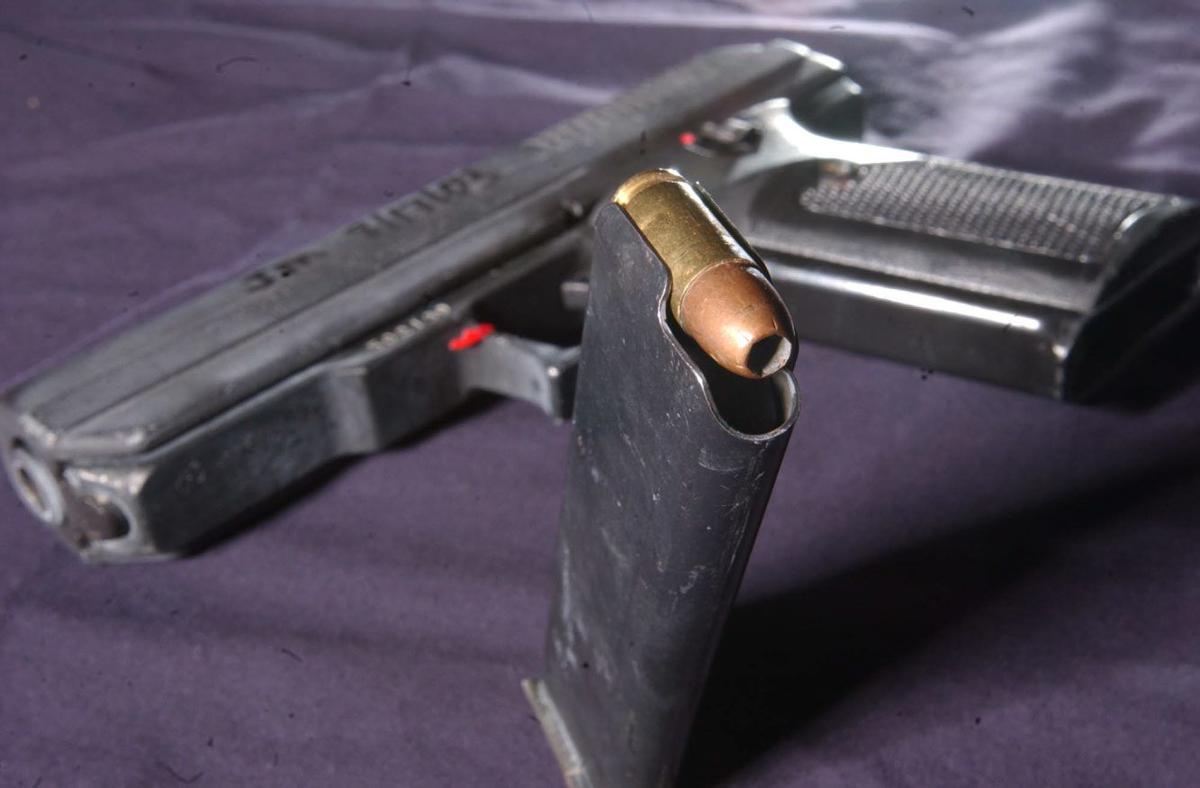 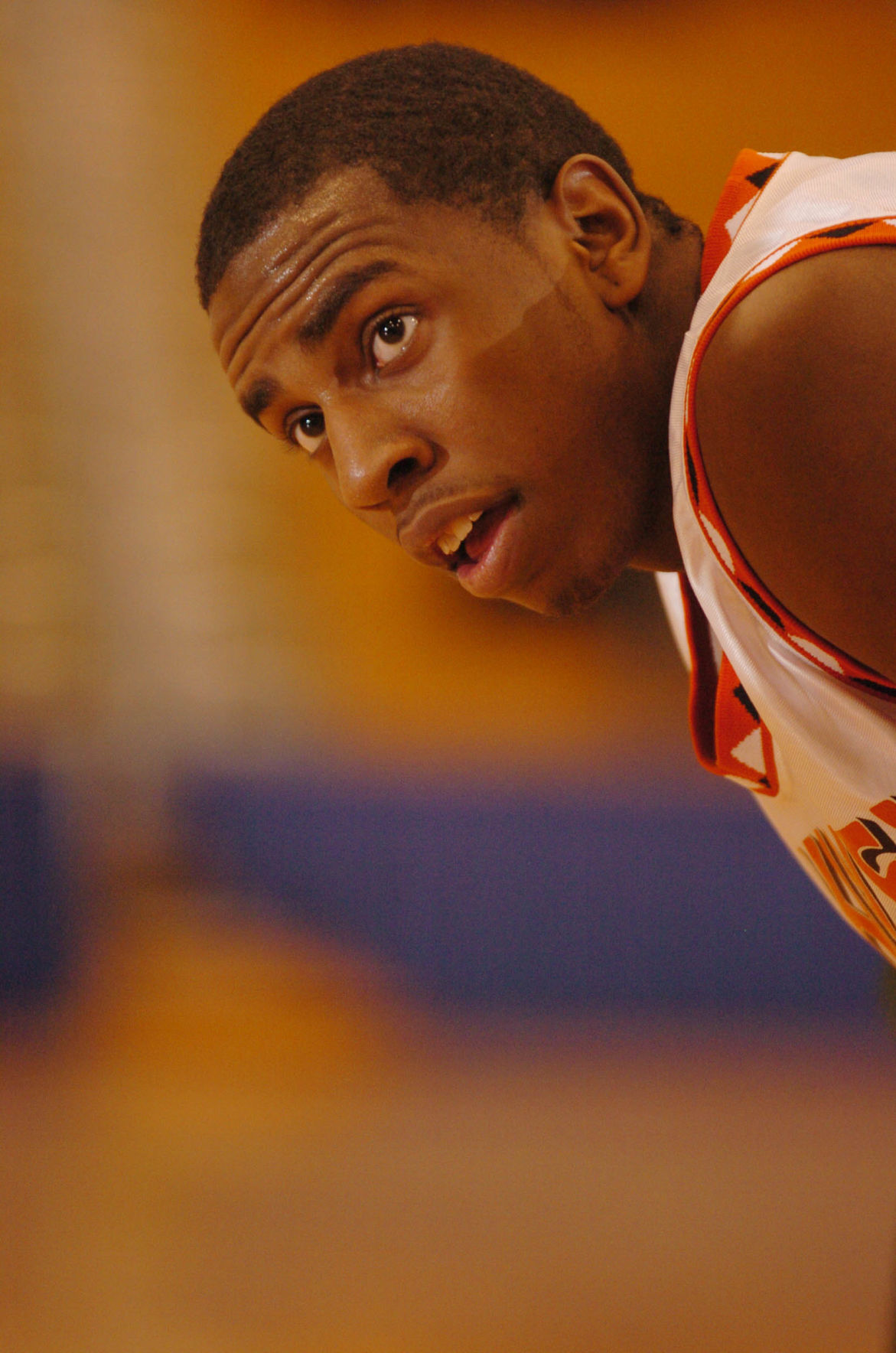 Daniel Williams was shot in the stomach at 16 while playing basketball on Girard Street by someone who mistook him for a gang member. (Mark Mulville/Buffalo News file photo)

An Ohio gun dealer who sold 182 firearms to a gun trafficker convicted of flooding the streets of Buffalo with illegal handguns cannot be sued by a man who was shot by one of those guns, New York State's highest court ruled in a decision filed Thursday.

However, the victim, Daniel Williams, who was 16 when he was shot, can proceed with cases against the gun manufacturer and distributor, the court said.

"It is disappointing," said Williams' attorney, Jonathan E. Lowy, who is a litigator with the Brady Center to Prevent Gun Violence. "But the case is not over."

In October 2000, gun dealer Charles Brown sold 85 9 mm Hi-Point handguns at a gun show to Nigel Bostic, a one-time star football player in Buffalo who moved to Ohio and said he was thinking of opening gun shops in Ohio and possibly Buffalo. Bostic and Kimberly Upshaw, also of Ohio, paid cash for the guns. Brown sold Bostic nearly 100 more guns over a period of six months.

"Despite Bostic's stated aspiration to open a gun shop in Buffalo, the record is devoid of evidence supporting plaintiffs' theory that, merely by selling handguns to Bostic, Brown intended to serve the New York market," Chief Justice Janet DiFiore wrote in the decision.

In a dissenting opinion, Justice Eugene Fahey strongly opposed the ruling. "The majority's approach shields gun traffickers and their suppliers from civil liability in New York," he wrote.

Brown called the federal Bureau of Alcohol, Tobacco and Firearms to see if he needed to do anything different given the number of guns he was selling, which he called "the biggest sale" he had ever made in 10 years as a federally licensed firearms merchant.

On Aug. 16, 2003, Daniel Williams was playing basketball in front of a neighbor's home on Girard Street when he was shot by Cornell Caldwell, then 18, who had mistaken him for a gang member, according to court documents.

Police found one of the 9 mm Hi-Points from the October 2000 sale in Caldwell's car. Caldwell was convicted for the shooting and served a six-year sentence.

Williams needed 22 stitches to close his wound and had trouble walking after the shooting. According to court documents, his injuries sidelined his basketball career that included consideration as an NCAA Division I prospect.

"It was the sort of incident that you never completely recover from," Lowy said. "The effects of this shooting will be with him his whole life."

Brown's attorney, Scott Braum of Dayton, Ohio, told the New York Law Journal that the case was about whether the seller of a firearm should be treated differently than any other product salesman. The court concluded no, Braum said.

“We’re pleased with the decision of the court after the unanimous decision from the Appellate Division. We certainly believe the court made the right call on this one,” Braum said.

Bostic was convicted in 2004 of illegally selling more than 200 guns in 2000 and 2001 that he bought in Ohio and brought to Buffalo. At the time, federal authorities called him one of the biggest gun trafficker caught in Western New York in the past decade. At least one of those guns was used in a homicide and two more were used to shoot at police officers.

The Buffalo News published a series of articles about Bostic's gun trafficking ring.

Attorneys for Williams had argued that Brown should have known that Bostic intended to sell the guns illegally in another state based on conversations in which he mentioned opening gun stores in Ohio and Buffalo.

Second Amendment rights advocate Steve Felano with the organization 2AWNY said the ruling "is a situation where logic prevailed over emotion."

The shooting "really has nothing to do with the underlying statutes that the case brought," Felano said. The firearms dealer appears to have made the sale lawfully and there was no way he could have known that the gun would have ended up in the hands of a gang member, he said.

The case mirrors other cases that are trying to hold gun sellers and manufacturers liable for shootings, he said.

The Sheriff's Office said the person's name was being withheld "pending further investigation."

Daniel Williams was shot in the stomach at 16 while playing basketball on Girard Street by someone who mistook him for a gang member. (Mark Mulville/Buffalo News file photo)