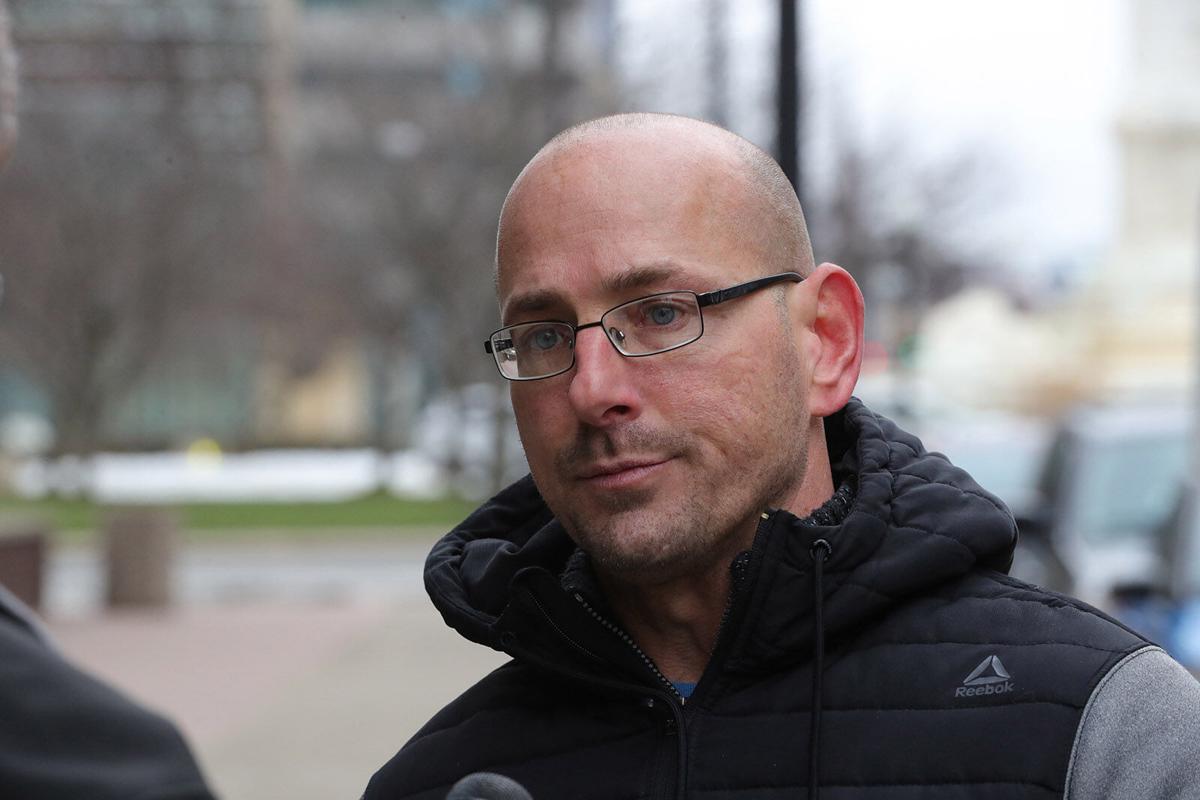 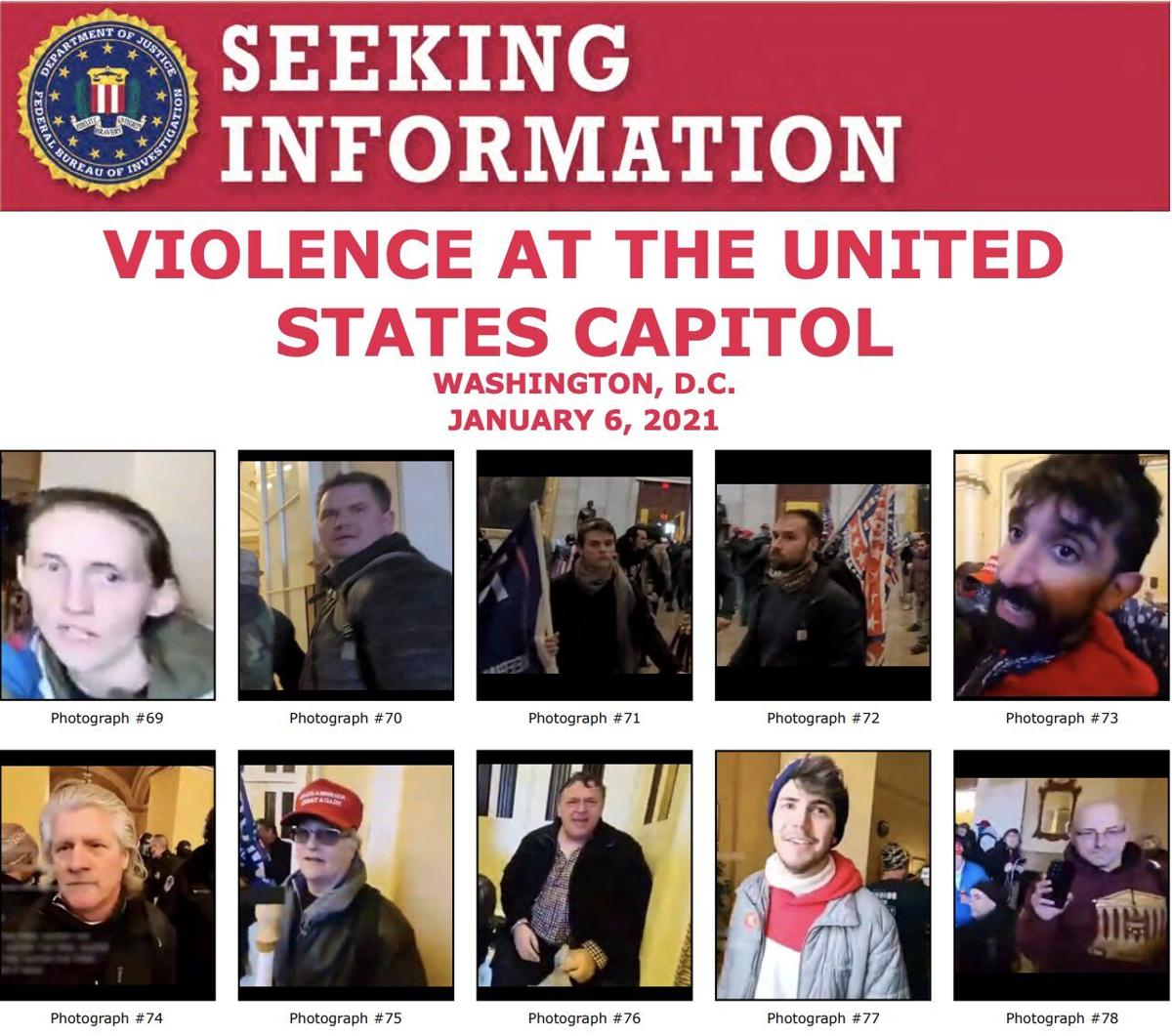 A photo of Pete Harding of Cheektowaga (bottom right) was among 10 released by the FBI Tuesday night in connection with "violence at the United States Capitol."

A Cheektowaga man who was shown in a video inside the Capitol building during the Jan. 6 insurrection is in custody in Niagara County Jail.

Harding is expected to be arraigned today, according to Rebecca Smith, a U.S. Marshal Service chief deputy with the Western New York Division.

Harding was captured on video walking through an office in the Capitol. He was also seen in other videos using a lighter to set a piece of plastic on fire in a pile of media equipment outside the Capitol building that day.

Harding acknowledged in an interview with The Buffalo News on Friday that he had entered the Capitol building.

On Tuesday night, the FBI released a photo of Harding inside the Capitol via a video screen grab.

The photo was among 10 new photos of people about whom the FBI was "seeking information" in connection to the Jan. 6 insurrection that left five people, including a police officer, dead.

A video from the chaotic scene inside the Capitol circulated Friday by WNY Media Network shows Pete Harding walking through a Capitol office.

A photo of Pete Harding of Cheektowaga (bottom right) was among 10 released by the FBI Tuesday night in connection with "violence at the United States Capitol." 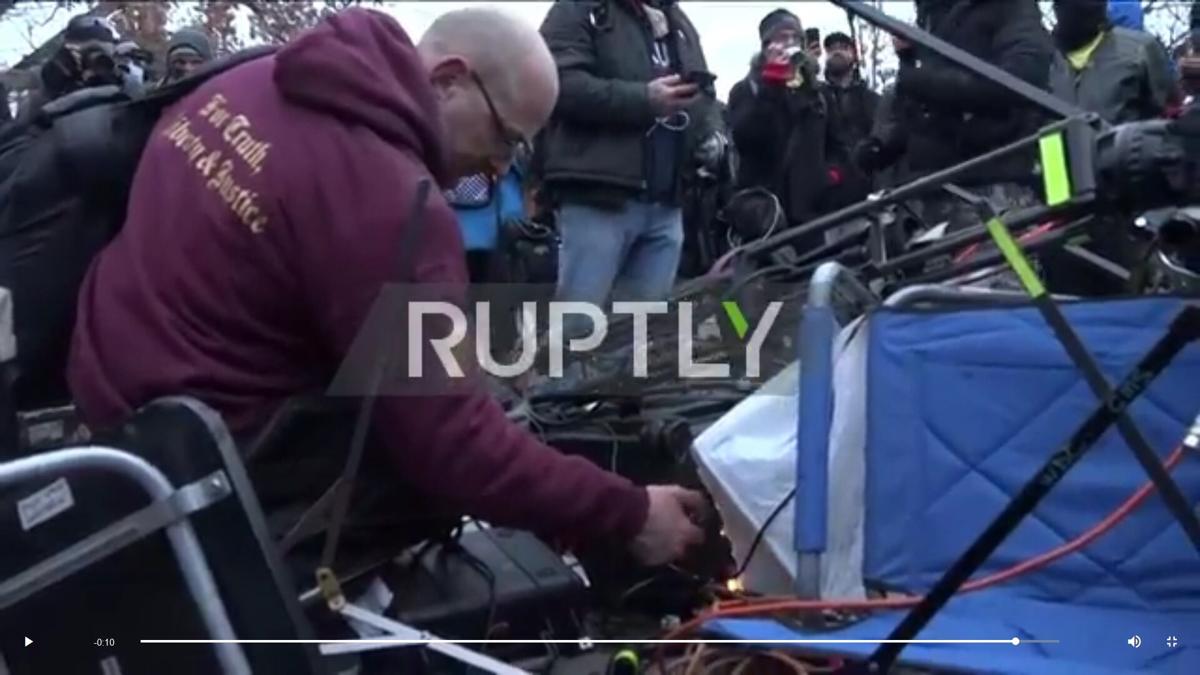 Pete Harding is seen in a video posted to Ruptly.tv of the riot at the Capitol on Wednesday. The video and Harding's actions drew calls for his arrest after it was circulated on social media Friday.