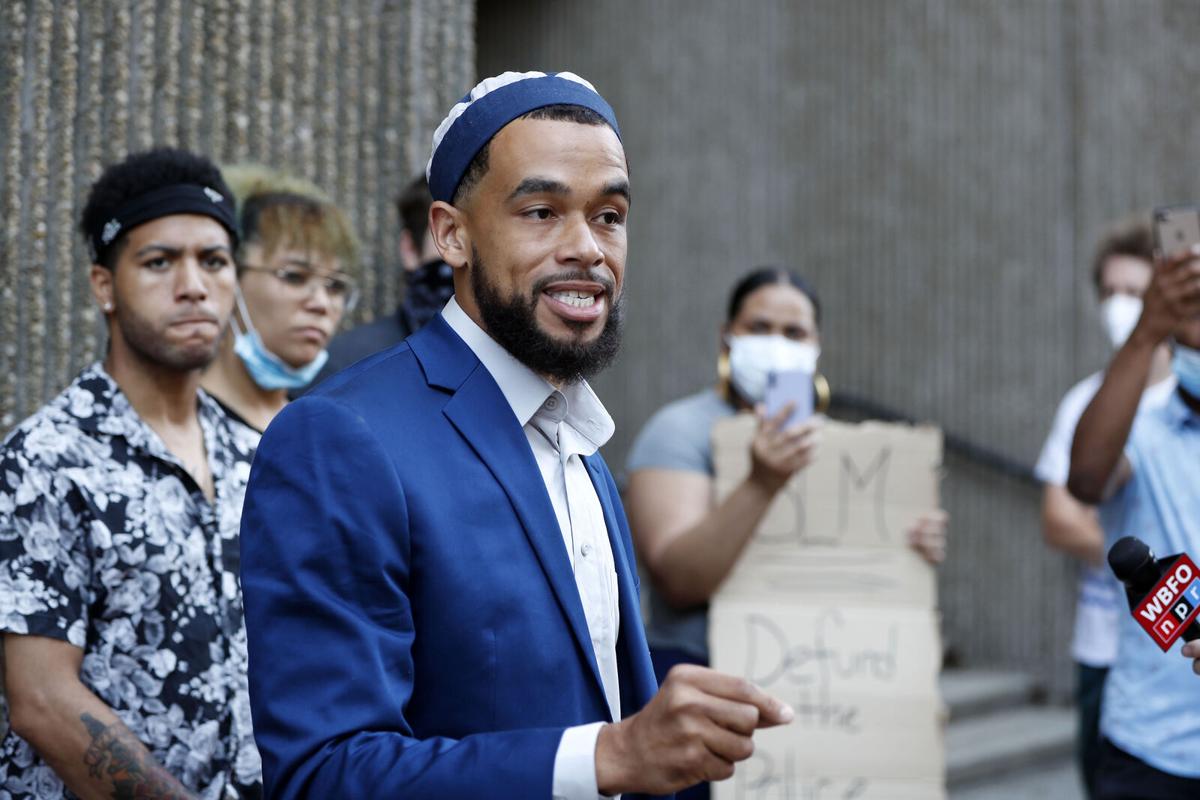 Myles Carter is greeted by his supporters after the charges against him were dropped in Buffalo City Court Friday, July 17, 2020. 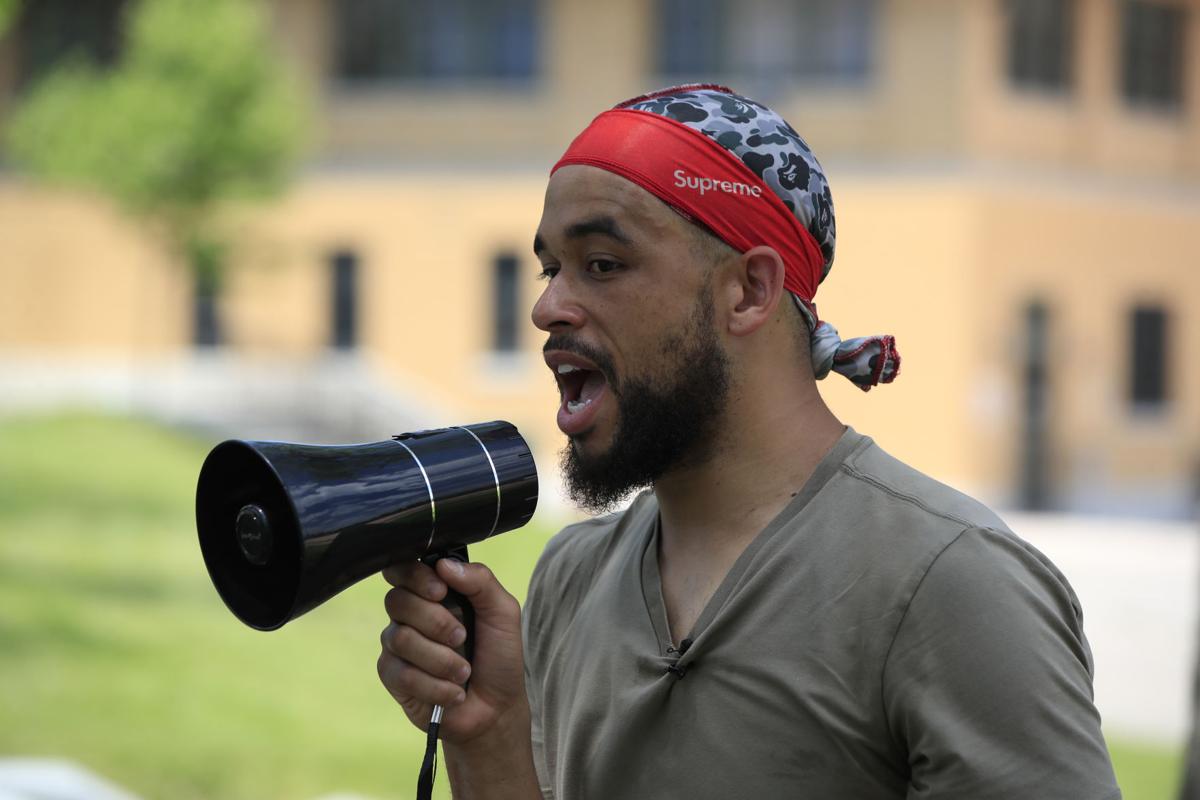 Myles Carter, the man arrested after being tackled from behind by police while being interviewed by a local news crew during protests on Bailey Avenue on June 1, saw the charges against him dropped Friday morning.

At Carter's arraignment, the prosecutor told City Court Judge Peter J. Savage III the charges were being dropped and Savage dismissed the case. The court appearance took a matter of seconds.

The 30-year-old business owner and activist had been charged with second-degree obstruction of governmental administration, a misdemeanor, and disorderly conduct, a violation.

"Fortunately for me, the charges were dismissed," Carter said afterward. "Unfortunately, there’s tons of people that are caught up in the system daily, where they take the entire force of the system and they throw it at Black and brown people on a daily basis."

Erie County District Attorney John Flynn released a written statement saying the charges were dismissed because they "were unsupported by the information provided by law enforcement."

Carter was being interviewed by WIVB-TV in the middle of Bailey Avenue when police advanced and tackled him.

Buffalo police previously said Carter refused to comply with commands to clear the area. Mayor Byron W. Brown previously called Carter "an agitator" who was trying to incite the crowd.

Carter, who led protests and demonstrations around Buffalo after his arrest, has characterized himself as a peaceful protester.

The scene on Bailey Avenue that night became chaotic.

Police have said about a half-dozen stores were looted that evening. Trash cans and vehicles were set on fire. A state trooper was run over and two other police officers were hit by a driver who drove her SUV through a line of state troopers and Buffalo police in riot gear.

More than a dozen demonstrators gathered outside the courthouse before the arraignment Friday morning in support of Carter.

"I think justice was served," Darien Chandler, who organized the demonstration, said afterward.

Charges against another person arrested at the protest on Bailey on June 1 also were dismissed Friday, according to a spokeswoman for the District Attorney's Office. Savage dismissed the case against Jamaine Gates, 34, who had been charged with obstruction of governmental administration and disorderly conduct.

Carter, a Town of Tonawanda resident, said he was thankful for the public support, including those who called the District Attorney’s Office for the last two days pushing for the charges to be dropped.

"All along the way, I think everyone in Buffalo kind of knows what happened that evening and what happened all the other evenings," Carter said, "when the police, the state police and your riot team were provoking and attacking protesters openly in the streets."

Myles Carter, who while marching in last summer's protests against police brutality was tackled by officers as television cameras rolled, unveiled a platform built on attacking poverty, which he labeled the "root cause" of most local crime.

Myles Carter and the moment that became a movement

Myles Carter held his hands up and started to explain to a news camera why he was protesting. Nine seconds later, police tackled him to the pavement.

'Buffalo, you got problems,' says man tackled from behind by police

Myles Carter was protesting Monday evening on Bailey Avenue when he was tackled from behind by police. He was being interviewed by WIVB at the time, and the incident was caught on camera. “My name is Myles Carter,” he said to the camera. His hands were in the air and commotion was audible around him. Carter was there to

Myles Carter is greeted by his supporters after the charges against him were dropped in Buffalo City Court Friday, July 17, 2020.