The Buffalo Diocese, heavily criticized by State Attorney General Letitia James for not keeping better tabs on priests who molested children, is launching a monitoring program that will include monthly home visits and other restrictions for offending priests.

Bishop Michael W. Fisher confirmed in an interview with The News that the diocese has developed and begun to implement a “detailed monitoring plan with a professional monitor who will be in contact with each of these priests who have been relieved of ministry.”

Fisher also sent a letter this week to all priests and deacons announcing that diocese lawyers and Sister Mary McCarrick, chief operating officer, met last week with the Attorney General’s Office to outline the monitoring plan.

“While this is increasingly standard practice among dioceses nationwide, it is also a key requirement of the New York Attorney General, as outlined in the suit brought against the diocese last year,” Fisher said in his letter. “To be very clear, implementing an effective and sustainable monitoring program has been one of my priorities, and one which I believe offers a credible demonstration of our efforts to restore trust and ensure an even greater level of accountability for those who have been found to have committed such grave offenses.”

In a lawsuit filed last November, the AG’s Office slammed the diocese for, among other things, lax oversight of priests who had molested children. The agency sought a court order to force a better monitoring system for offending priests.

Fisher said in an interview that the diocese has been doing “a lot of what the attorney general has asked us to do,” and the monitoring plan was a way for the diocese “to deepen our ability to be accountable.”

The plan is still subject to changes, and the AG’s Office has yet to agree to it, diocese officials said.

A spokeswoman for the AG’s Office declined to comment.

Eighteen priests are currently being asked to participate in the monitoring, and more than half of them already have agreed, diocese officials said.

Diocese officials have acknowledged that substantiated abuse allegations have been lodged against 80 diocese priests and 23 religious order priests who served in the diocese since 1950. Child Victims Act cases filed since 2019 have accused at least 175 different priests.

Each priest will have his own tailored plan based on age, offenses, health and other factors. All monitored priests will be required to meet at least monthly with a mental health case worker contracted by the diocese, according to diocese officials.

The monitor, who has experience working with sex offenders, may visit the priests’ homes unannounced and search the property if there is “credible information” that a priest may have violated his supervision plan, according to a memo from Fisher to the priests.

The priests must refrain from performing any kind of ministry, such as celebrating Masses and hearing confessions, and from wearing the Roman collar and being introduced as “Father.”

They also will be prohibited from living within 1,000 feet of a school, park or other place where children gather, the memo said.

The News in 2018 found that eight Buffalo Diocese priests accused of sexually abusing children were living within a short walk of area elementary and middle schools.

Other elements of the monitoring program include:

• Overnight travel allowed only with advance approval of the monitor

Some priests removed from ministry due to substantiated abuse allegations have not yet agreed to participate in the monitoring program, but Fisher said he expects “full cooperation.”

“They have a responsibility, certainly to me as bishop, if they’re still in the clerical state,” said Fisher. “So, I would ask for their cooperation in these matters.”

The 18 priests are considered retired and receive a diocese pension. Some of them are at least 75 years old.

Fisher made it clear in his memo to the priests that refusing to adhere to a monitoring plan could lead to the pension being revoked.

The attorney general’s lawsuit capped a nearly two-year investigation into clergy abuse allegations and included a 218-page report that revealed excerpts from the diocese’s own files showing how diocese officials knew about abuse claims and yet allowed priests to continue in parishes, in some cases for decades.

The diocese’s monitoring program in the past consisted of Auxiliary Bishop Edward M. Grosz, who had no training in monitoring suspects of sex crimes for recidivism, occasionally calling offender priests to check on them, according to the AG’s lawsuit.

Even in cases where priests were removed from ministry due to substantiated abuse claims, the report said the diocese failed to adequately supervise the offender priests, putting children at risk of abuse.

The AG’s investigators cited two instances in which priests who were removed from parishes engaged in public ministry, despite a prohibition against it.

Douglas Faraci was accused in 2002 of molesting two altar boys in the 1970s and took a medical leave in 2003, according to diocese records subpoenaed by the Attorney General’s Office.

Faraci admitted in a 2016 meeting with Grosz that he had heard confessions and publicly celebrated Mass after his removal from ministry.

But the next month, Smith was serving as a priest on a cruise ship.

“During the cruise, a passenger on the ship googled (Smith) and learned of his suspension,” the attorney general’s report noted. “As a result, the cruise notified the Diocesan Corporation that it was removing (Smith) from the ship.”

A diocese task force charged with leading an effort known as the “Road to Renewal” released a draft proposal that would group 161 parishes into 36 “families.”

The Rev. Samuel J. Venne insists he never molested a child, and he believes he has evidence to prove it.

Bishop Michael W. Fisher has decided to place the priest on administrative leave pending the results of an independent investigation and a final determination by the Independent Review Board.

Retired Auxiliary Bishop Edward M. Grosz, who for many years played a key role in the handling of sex abuse complaints against priests in the Buffalo Diocese, is accused in a lawsuit of sexually assaulting a 15-year-old boy after a confirmation service in 1990.

The Editorial Board: Fisher’s pledge to demonstrate remorse is a necessary project requiring decades to achieve

It wasn’t just men of the cloth. Scout leaders, youth coaches, foster parents and teachers are among those named in lawsuits arising from the …

Brother questions whether the plaintiff misidentified the Rev. A. Joseph Bissonette as the alleged abuser instead of the Rev. Joseph Friel, who has been accused of child sex abuse in 11 Child Victims Act lawsuits.

Stephen A. Donato suggested that the lawsuit against the diocese over its handling of priests accused of sexual abuse may have violated bankruptcy court rules. 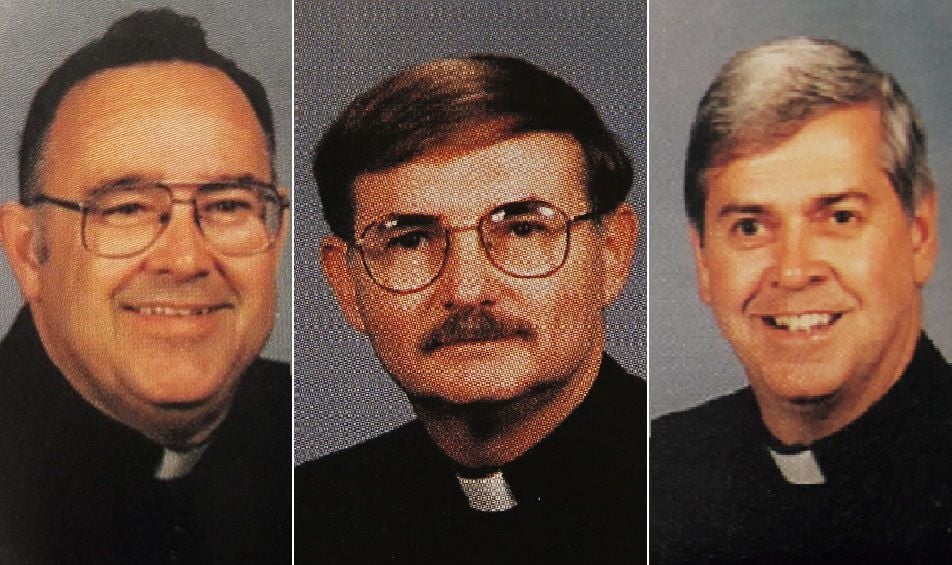 From left, the Rev. Samuel Venne, the Rev. Dennis Fronczak and the Rev. Arthur Smith. 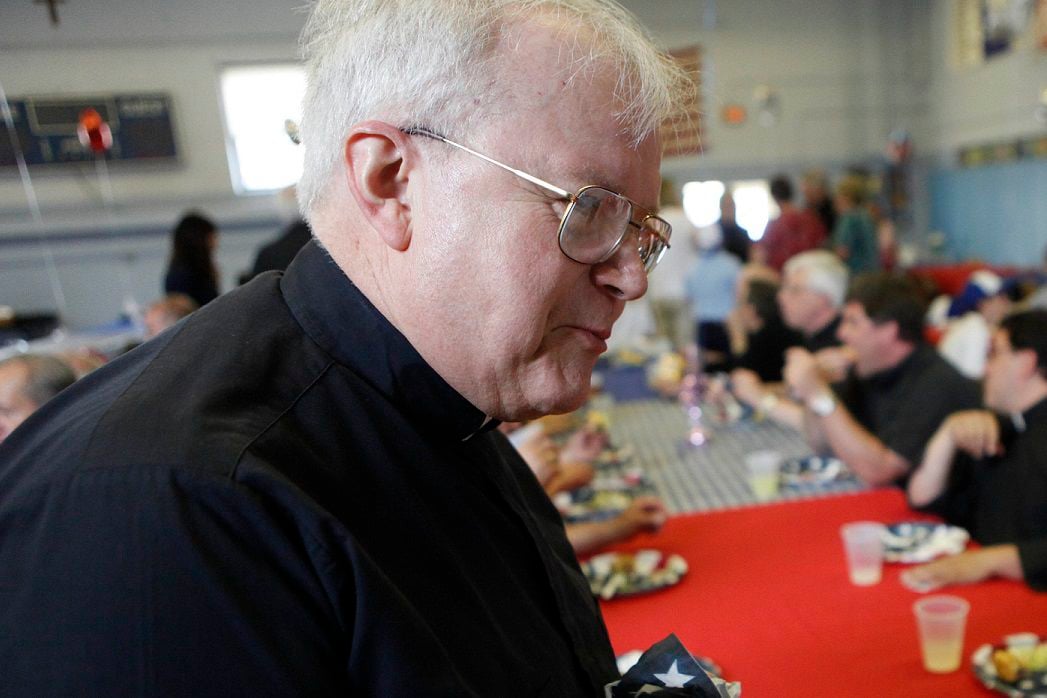 The Rev. Louis Dolinic at a celebration of "the year of the priest" in the Mary Queen of Angels Regional Catholic School cafeteria on June 3, 2010.