A lockdown lasting more than three hours Thursday at Charles R. Drew Science Magnet School came after a student told his mother he saw a fellow student in a bathroom with what looked like a handgun.

"There is absolutely no difference between this gun and the gun that's on my hip," Rinaldo said while showing members of the media a photo of the gun on his cellphone.

The weapon was found behind a file cabinet in a classroom that had nine students in it, he said. Police and school officials questioned those students.

With the gun's design, there would be no way for even law enforcement experts to tell the difference between it and a real Glock, said Rinaldo, who has had a 25-year law enforcement career.

Rinaldo commended the student who reported the gun to his mother. The student's mother called the school, which in turn called 911.

Upward of 400 students were inside the school during the lockdown, which started at about 10:30 a.m.

At 1:47 p.m., students started getting released from the school.

Police said there were no reports of any shots fired inside.

Mykalya Cole, a 14-year-old student who was inside the school, said police came into her classroom and removed two boys.

Cole said she saw no gun while inside the school and said she did not feel like she was in danger.

For a time during the lockdown, she and her classmates "had to go to a corner where there were no windows," she said.

Students who were on lockdown at Drew science Magnet were just allowed to leave pic.twitter.com/rXT3oVjvAv

At about 1:10 p.m., a police officer told a group of about 50 to 60 parents gathered outside the school that students would be released in about 15 minutes.

"No one's child is hurt. No one is injured. No one is in trouble. No one's going to jail," the officer told the crowd.

K-9 units searched outside the school, located in Martin Luther King Jr. Park. A helicopter circled above the area.

Deborah Martinez said her 14-year-old son, Paul Hurst, was inside the school. He sent her video of him hiding under his desk, but after a while the students were allowed to be seated in their chairs, Martinez said.

Daphne Davis said her daughter, 13-year-old Nazhia Bell, was also inside. Davis approached a school administrator outside the school and asked what officials were going to do to protect "our children."

"I don't want my child to be afraid to go to school," Davis told the administrator.

The school is one of the district's summer school locations. 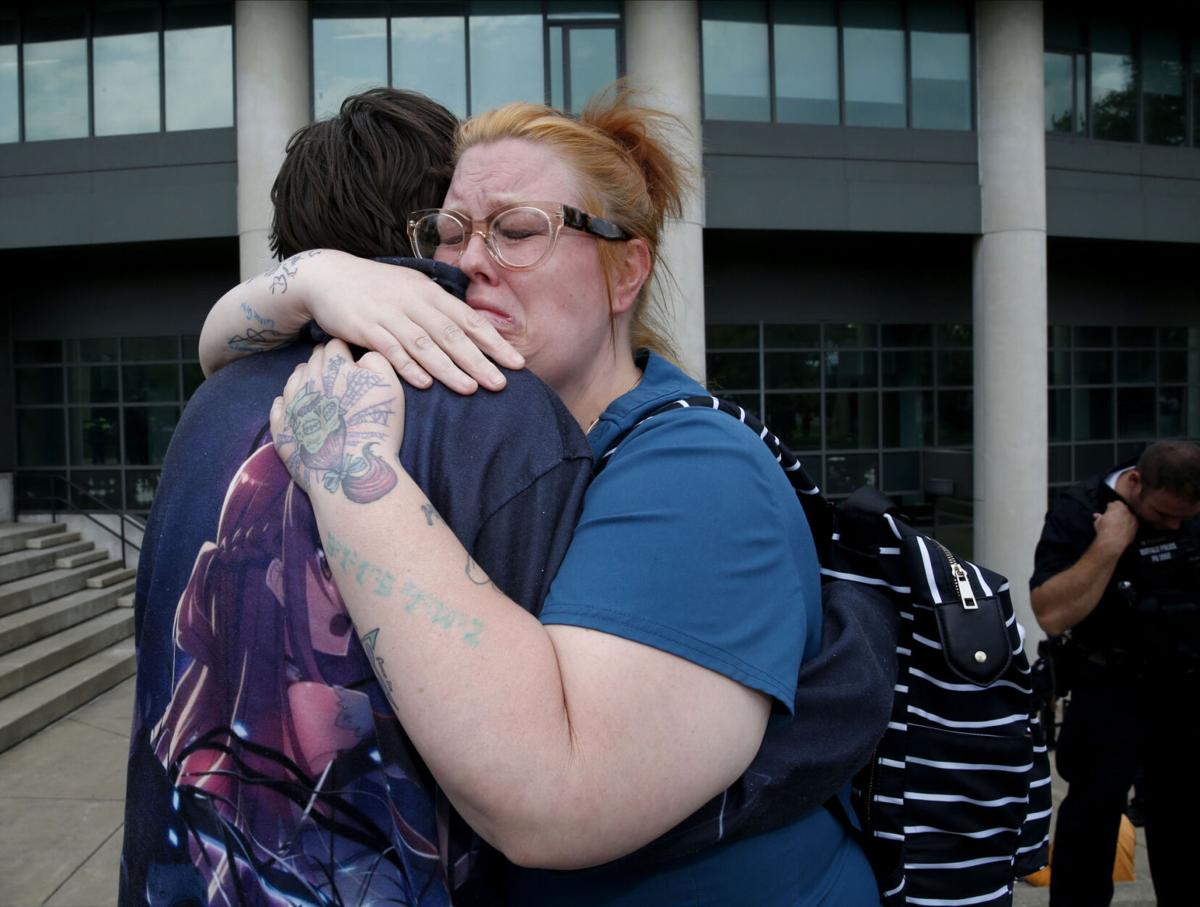 Mother Shannon Rogers hugs her son Zachariah Ross after being dismissed at the Drew Science Magnet School that was locked down on Thursday, July 22, 2021. 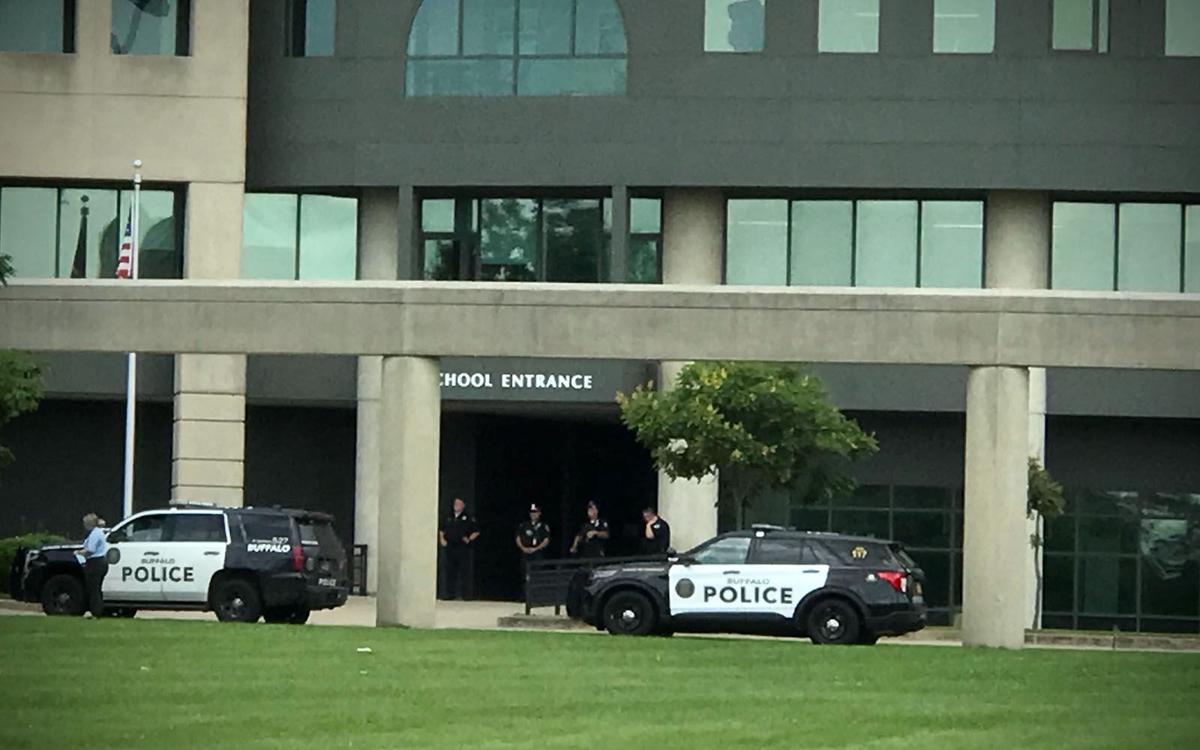 Charles R. Drew Science Magnet School at the Buffalo Museum of Science was in lockdown for about three hours Thursday. 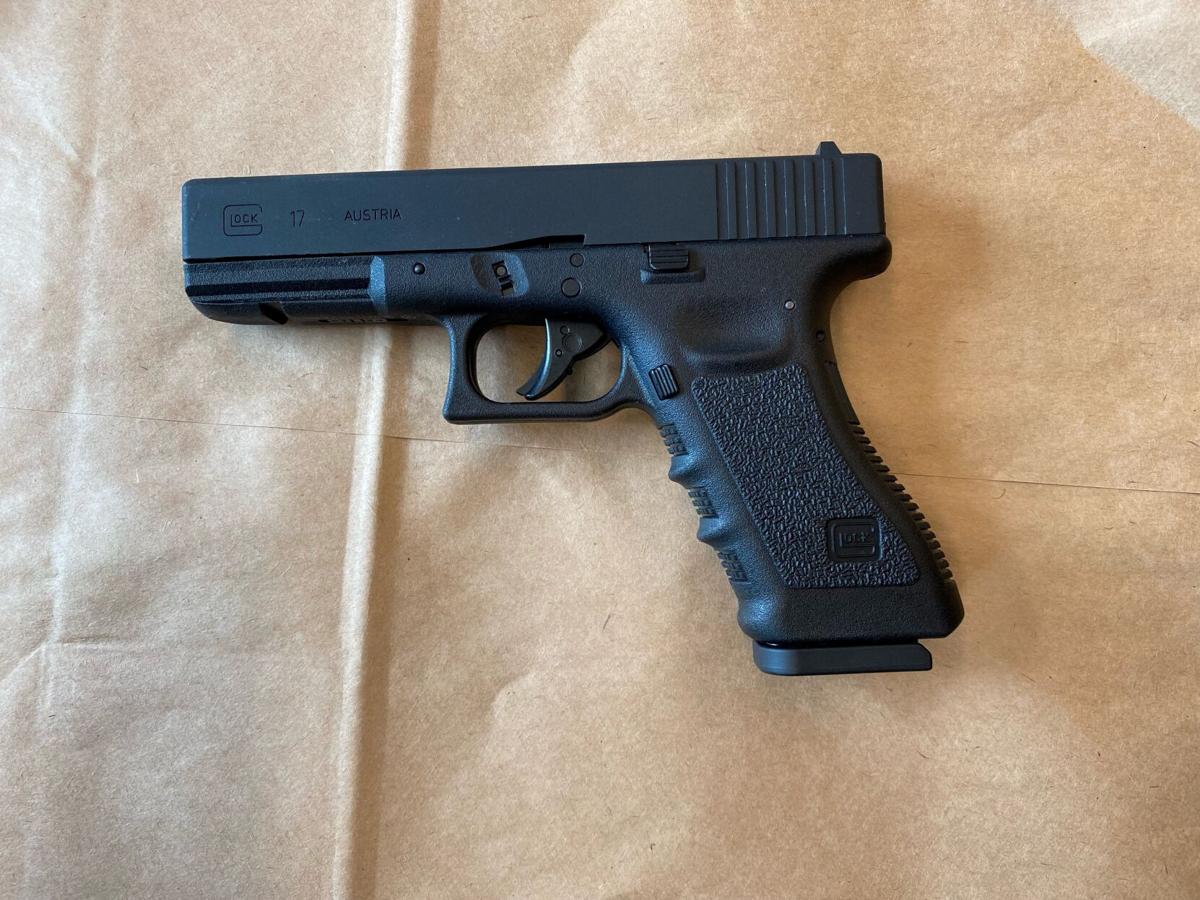 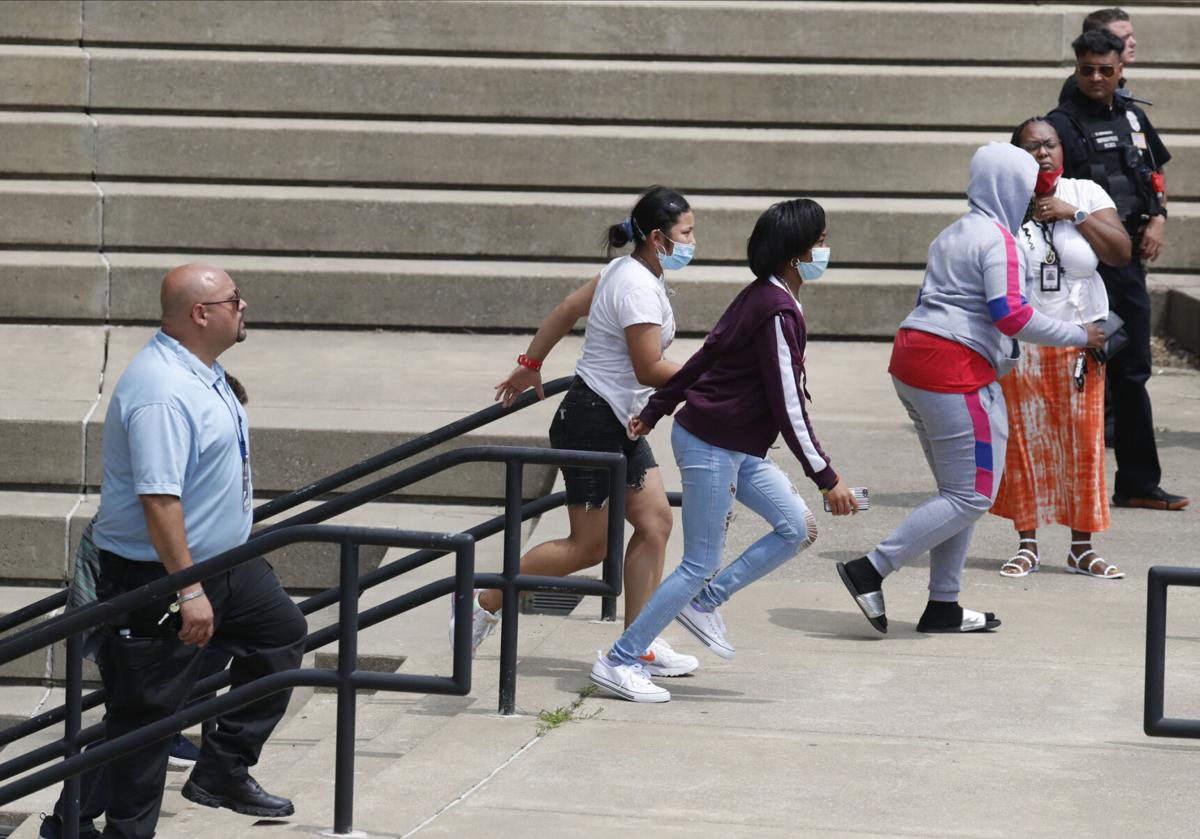 Students run to their parents after being dismissed at the Drew Science Magnet School that was locked down on Thursday, July 22, 2021.