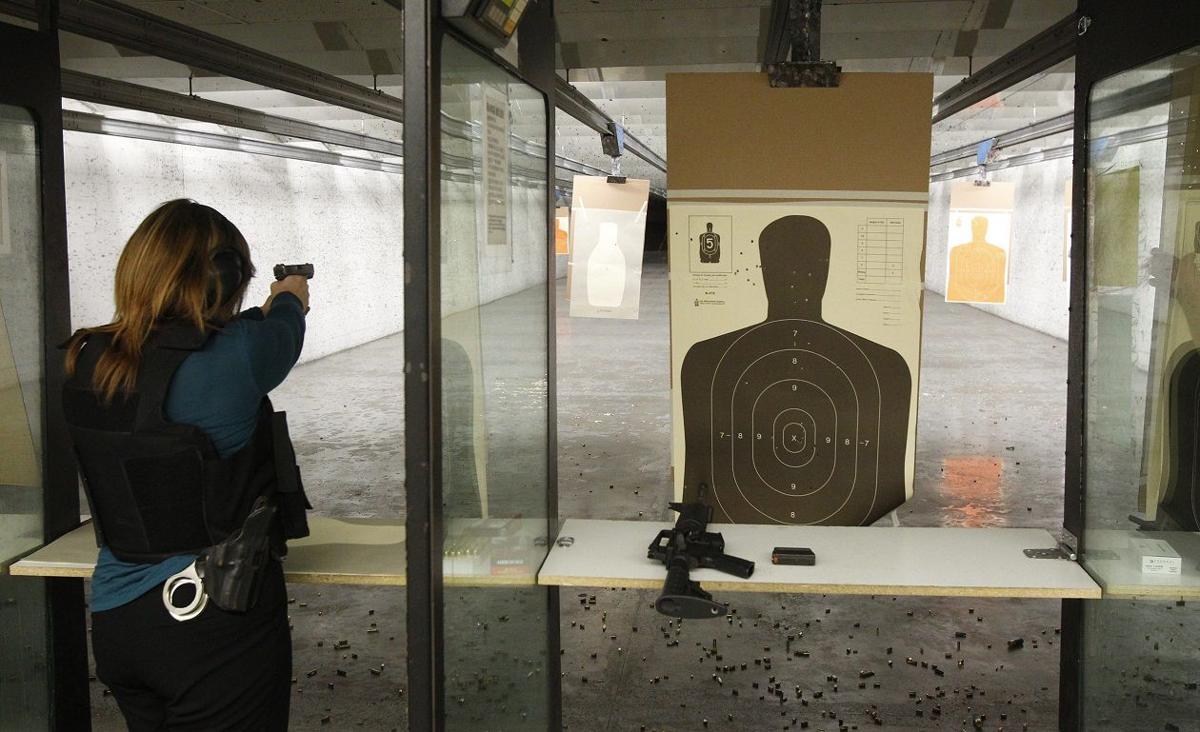 There have been 192 arrests across the state for violating a provision of the SAFE Act that will no longer be enforced in Erie County. (Harry Scull Jr./News file photo)

When the SAFE Act became law, it emerged as one of the most controversial pieces of legislation on the books in New York.

It also may be among the most confusing.

Thanks to a ruling from a federal judge in Buffalo five years ago, authorities from police to prosecutors differ on how – or even whether – to enforce part of the law. A provision of the law aimed at limiting the number of rounds a person could have in a magazine was declared unconstitutional by two federal courts, most recently in October 2015.

What that means, though, has varying interpretations. And whether you get arrested on the charge could depend on which police agency stops you.

The State Police initially stopped enforcing the seven-round limit after the first court decision, but now say the law is in effect today as written and they are enforcing it. New Yorkers Against Gun Violence, a statewide advocacy organization, believed enforcement of that provision had stopped.

In Erie County, including in Buffalo, people kept getting charged with a crime under that part of the law even though federal judges had struck it down.

There are currently 23 open cases in Erie County in which people have been charged under Penal Law 265.37, which makes it illegal – aside from a couple of exceptions – to possess a 10-round magazine that is loaded with more than seven rounds.

And in the future, that charge will no longer be prosecuted in the county under his administration, according to Flynn.

And Buffalo police said they will stop arresting people for violating that provision of the law.

It is the latest development in the rocky implementation of the state's strict gun law passed in the wake of the 2012 mass shooting at Sandy Hook Elementary School in Connecticut that killed 26 people, including 20 children.

Rulings from federal courts below the U.S. Supreme Court are not binding on state entities, so the 2013 and 2015 rulings on this part of the SAFE Act amount to mere suggestions, according to Flynn. It is up to individual county district attorneys to decide whether they will abide by the rulings of federal judges, he said.

The matter came to Flynn’s attention last week after The Buffalo News inquired about the Nov. 7 arrests of four Buffalo men. The four, who were arrested after a traffic stop in Buffalo, were accused of having two, fully loaded 10-round magazines in their vehicle.

A fight from the start

The legal fight over the SAFE Act started in early 2013.

The New York Secure Ammunition and Firearms Enforcement Act was passed by the State Legislature that January after being rushed to a vote only hours after it was printed. It was pushed by Gov. Andrew M. Cuomo, who signed it into law in March of that year.

In December 2013, U.S. District Court Judge William M. Skretny gave gun-control advocates a major victory by upholding most of the law. Skretny upheld the law’s ban on assault-style weapons and high-capacity magazines, but rejected the seven-round limit for magazines that could hold 10 rounds.

In October 2015, the 2nd Circuit of the United States Court of Appeals upheld the ban on high-capacity magazines and semiautomatic weapons with detachable magazines and one or more military-style features. The court also upheld Skretny’s 2013 decision tossing the prohibition against loading 10-round magazines with more than seven rounds.

Since then, Erie County prosecutors had been moving ahead with criminal cases in which people are charged with having more than seven rounds in a 10-round magazine, despite the federal court rulings.

That will now change.

From the enactment of the law until Oct. 20, there have been 192 arrests involving this charge statewide, according to the state Division of Criminal Justice Services, the agency that collects statistics from arresting agencies. In 85 percent of those arrests, there was at least one other charge that was more serious, a spokeswoman for the agency said.

An attorney for the state Sheriffs’ Association said he was unaware of any sheriff’s office in New York still enforcing that provision of the law since federal judges weighed in.

“My understanding is that that means the law is no longer valid,” Alex Wilson, associate counsel for the Sheriffs’ Association, said of the federal rulings. “I’m not aware of any sheriff’s office out there charging people for having magazines that hold 10 rounds.”

When told about the four recent arrests on that charge in Buffalo, Wilson said it was the first time he’d heard of someone being charged under that provision of the SAFE Act since the federal courts ruled.

Erie County Sheriff Timothy B. Howard, who questioned the constitutionality of the law after it was passed, proudly proclaimed when running for re-election in 2013 that his agency would not enforce the law.

Tom King, president of the New York State Rifle & Pistol Association, said he considered the issue over magazine capacity a settled one. It was his organization's lawsuit that prompted Skretny's ruling.

The recent arrests in Buffalo were the first of its kind King was aware of since the court rulings, he said.

“That’s a violation of their civil rights,” he said.

The provision in question falls under the section of the state penal law dealing with “unlawful possession of certain ammunition feeding devices.” It’s a misdemeanor offense, unless it happens in the person’s home, in which case it’s a noncriminal violation.

Though the federal judges have ruled, state lawmakers have left the law on the books as written.

In the wake of the first federal court decision, State Police leadership instructed troopers to follow the court ruling when enforcing the SAFE Act, at least for the time being, the Albany Times-Union reported at the time. Troopers now enforce the law as written, according to an agency spokesman.

Explaining his decision to stop prosecuting this SAFE Act charge, Flynn said there has been no ruling by the division of the State Appellate Court that covers Erie County. Two of the three other appellate divisions, which cover other parts of the state, have ruled on the issue and those state courts have come down in opposition to the federal decision and upheld the state law, he said.

Flynn, who took office at the start of 2017, said he is relying on the ruling of a federal judge in his geographic area, as well as the 2nd Circuit, which is a step below the U.S. Supreme Court.

“I personally find that very useful and persuasive,” he said.

The district attorney, acknowledging the highly charged political environment surrounding gun issues, including the SAFE Act, described his decision as a choice he is making.

Moving forward, Flynn said his office will advise police agencies around the county not to charge individuals under this section of law. Flynn noted that oftentimes someone charged with that crime also faces other charges, often including another gun charge.

“It’s not like I’m setting criminals free,” he said of his decision to drop the charges in the 23 open cases.

Since the medical examiner's determination in 2009, there have been six reviews of the circumstances of Wienckowski's death that have either resulted in different conclusions or called into question the ME's findings.

The shooting of Willie N. Henley followed months of nationwide protests against police brutality and racism. It also sparked new protests in Buffalo.

Buffalo man gets to 25 years to life for 2019 Vulcan Street slaying: 'You could have walked away'

Jevon Gaiter was found guilty of killing Mark Bottita, 59, on Sept. 21, 2019, in front of a corner store on Vulcan Street in the Town of Tonawanda.

The man was taken by ambulance to Erie County Medical Center, where he was listed Sunday afternoon in stable condition.

There have been 192 arrests across the state for violating a provision of the SAFE Act that will no longer be enforced in Erie County. (Harry Scull Jr./News file photo)