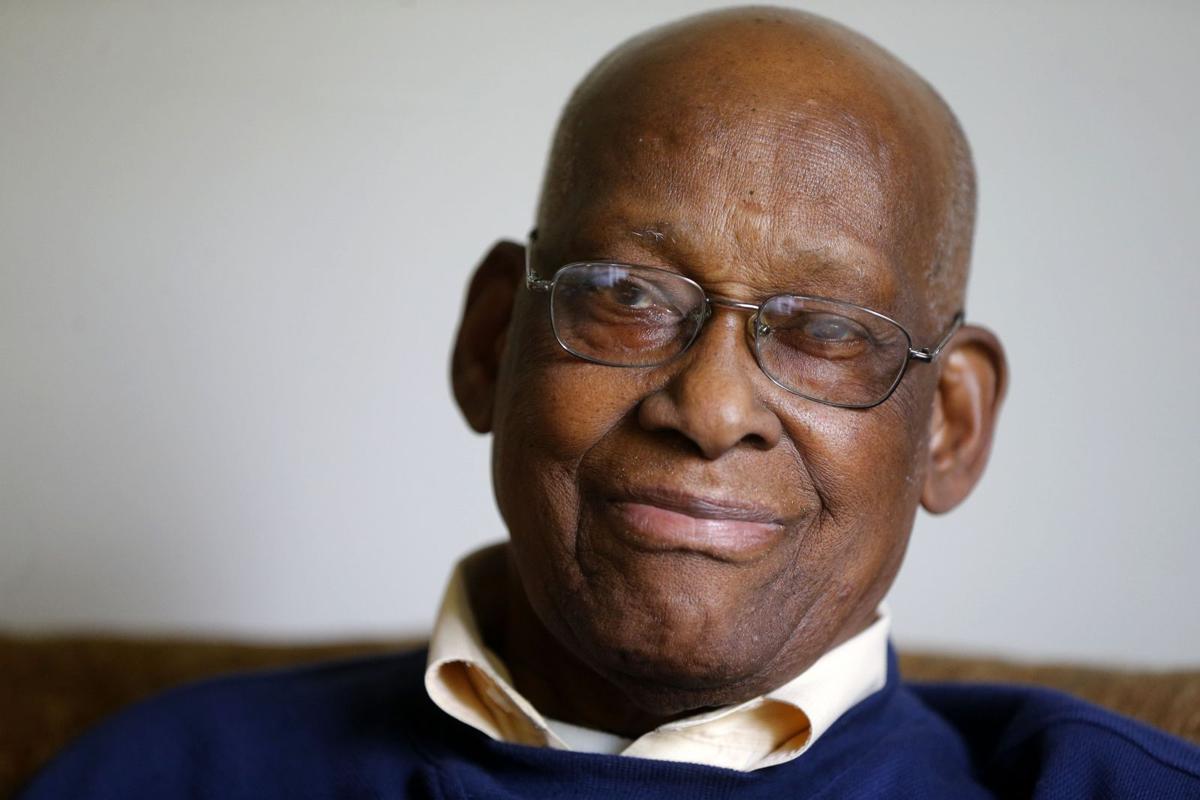 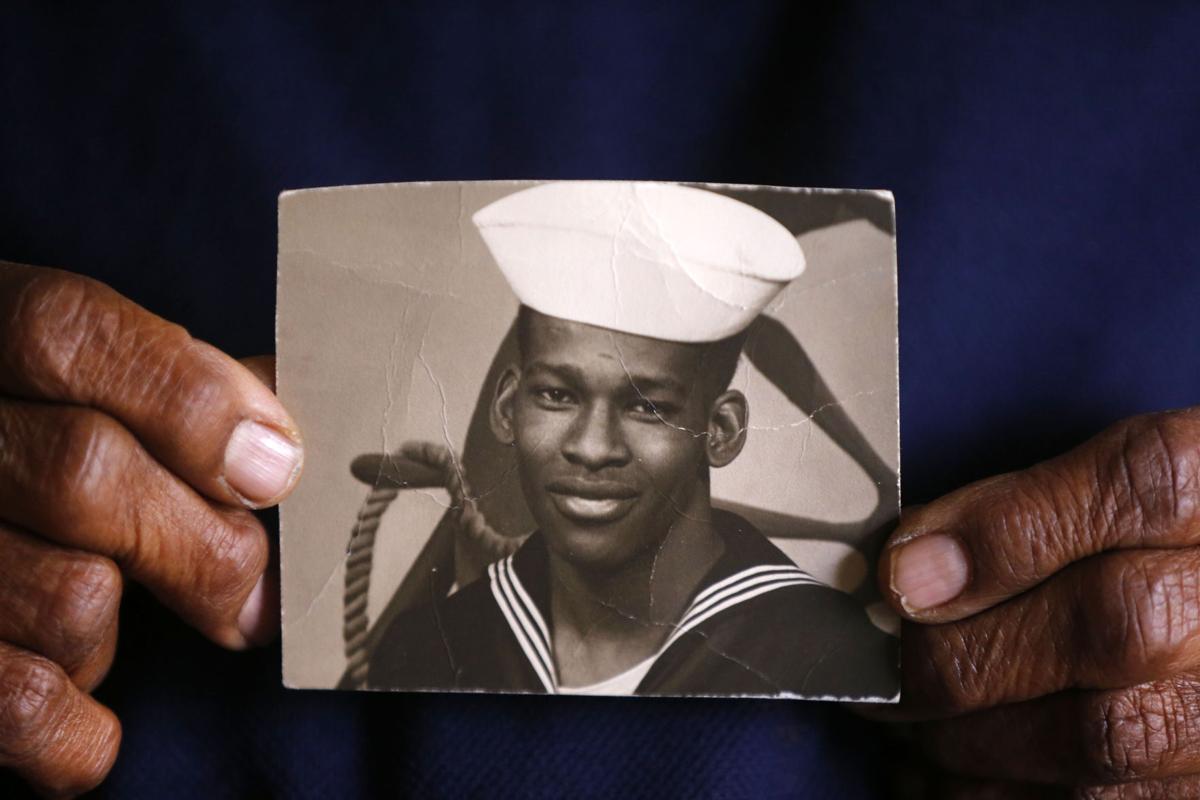 Navy veteran Ronald Peoples holds a photo of himself in his Navy uniform at his home in Amherst Monday, October 23, 2017. (Mark Mulville/Buffalo News file photo)

Ronald Peoples never knew he had the Covid-19 virus.

By the time his test results came back, the 86-year-old retired Buffalo Public Schools educator was hooked up to a ventilator at Millard Fillmore Hospital and was falling in and out of consciousness, according to his children.

Peoples, the first African American teacher at School 82, became ill March 29 and a day later was taken by ambulance to the hospital. He was admitted and tested for the novel coronavirus.

Before being placed on the ventilator March 31, his final words in separate phone calls to his daughter Monica Peoples and and his son Ronald Jeffrey Peoples were, “I love you.”

The next day the test results confirmed he had contracted the virus.

“He never knew he had the virus because he was in and out of consciousness,” said Monica Peoples.

While they are heartbroken at how the virus took down their father, who had remained active in senior citizen track and field events, his children have chosen to celebrate their father's life by recalling his countless good deeds.

“Dad was a people person. If he wasn’t doing something for somebody else, his life would not have meant anything,” Monica Peoples said. “He was still working at the age of 86 in a program where he would meet with younger incarcerated people to try and change their lives while they were in jail and when they were released.”

Peoples, who resided in Snyder, had worked for the Community Action Organization of WNY’s Second Chance Program.

Peoples, according to his children, set a stellar example for them.

After the Buffalo native was discharged from the Navy in 1957, he earned a bachelor’s degree at St. Cloud State University in Minnesota. He then returned to Buffalo and was hired as the first African American teacher at School 82 on Easton Avenue.

Peoples earned two master’s degrees in special education and educational administration. Advancing from the classroom, he went on to serve as the district’s home school coordinator/counselor at Woodlawn Junior High School and then as the district's elementary school supervisor.

When he retired in 1995 after 35 years of service, Peoples was the district director of adult education.

In a 2017  “Salute to Local War Heroes” story in The Buffalo News, Peoples was more eager to talk about his children’s accomplishments than his experiences as a Cold War veteran assigned to a Navy ship that searched for enemy submarines in the Atlantic Ocean.

"My daughter Monica has a doctorate degree. My son Ronald has a master's in business administration and my other daughter Rachel, who passed away, had a bachelor's degree in recreational therapy," Peoples had said.

Monica Peoples of Clarence followed in her father’s footsteps and worked for the Buffalo Public Schools, retiring as an assistant superintendent for pupil personnel.

Among Peoples’ most important affiliations was his membership in the Buffalo chapter of the African American fraternity Omega Psi Phi, according to his daughter.

“It is a fraternity brotherhood that performs service to the community, which is taken very seriously and that was an extension of my father,” she said.

Peoples was also a member of Bethel AME Church at Michigan Avenue and East Ferry Street. And he remained an avid sports fan his whole life, with a special devotion to the University at Buffalo’s men's and women's basketball teams.

Peoples was married to the former Arlene Miles, who died Nov. 5, 2005. Besides his son and daughter, he is also survived by a second son, Brian Peoples; four grandchildren and one great-grandchild.

In reflecting on the toll Covid-19 is taking because of social distancing, Monica Peoples said it is hard to believe that there will not be “a packed church” to mourn the passing of her father.

“That is why we will have a memorial in the future honoring his life,” she said.

Navy veteran Ronald Peoples holds a photo of himself in his Navy uniform at his home in Amherst Monday, October 23, 2017. (Mark Mulville/Buffalo News file photo)