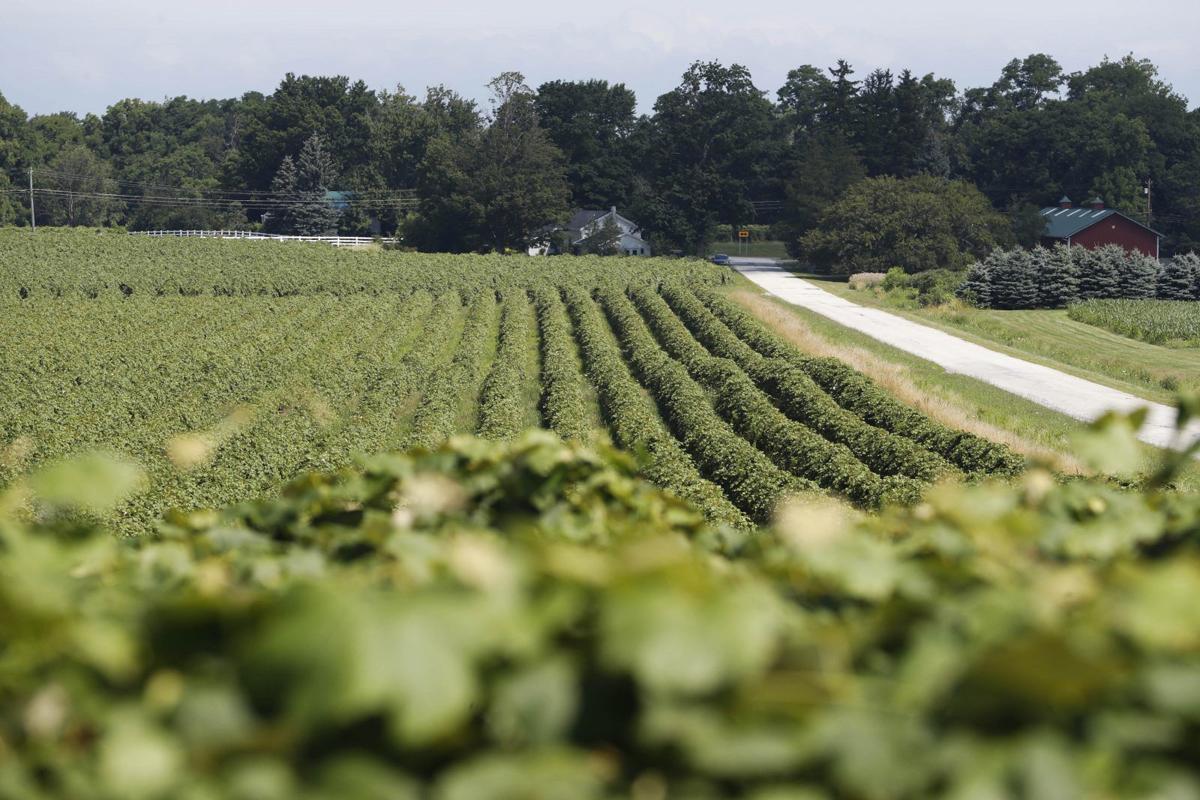 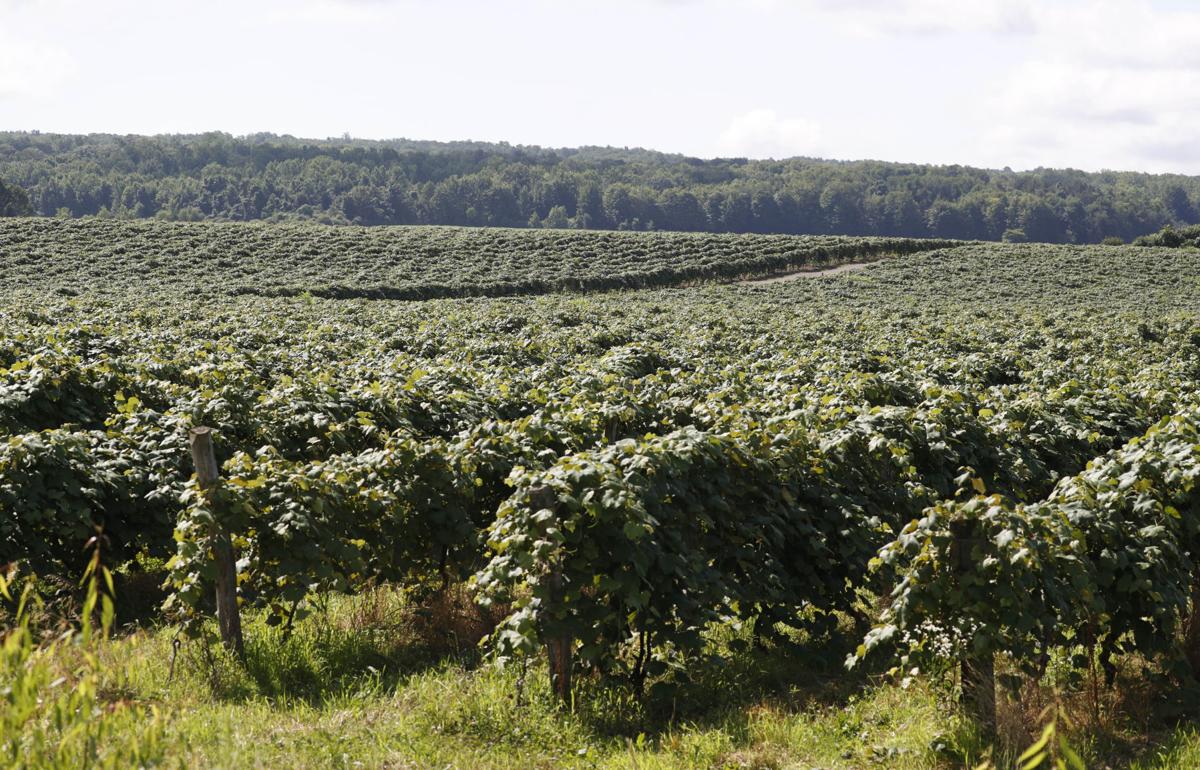 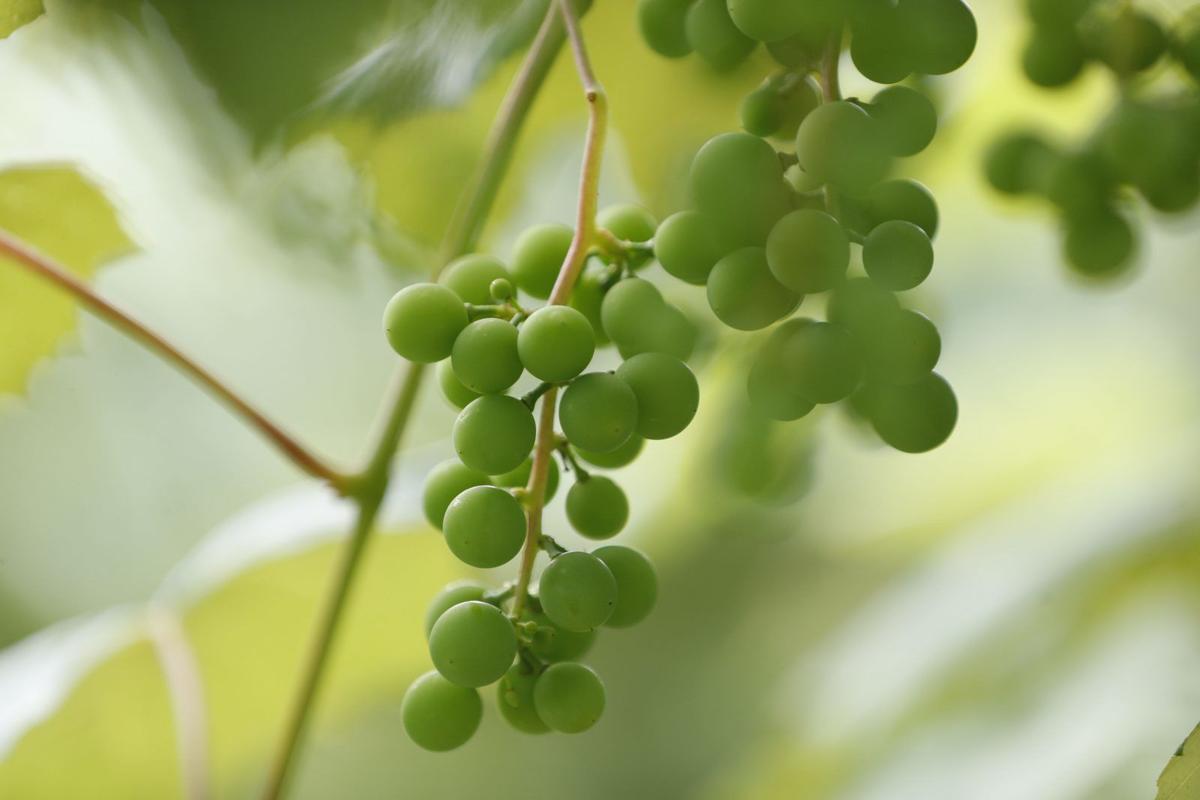 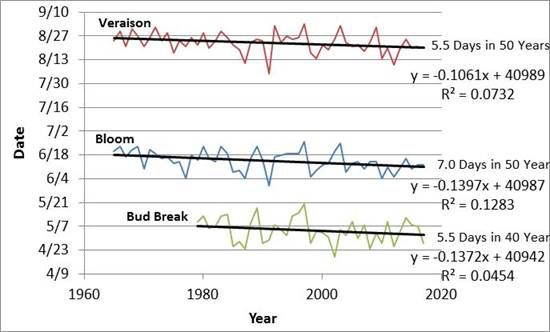 Don’t scoff, but as for wine, Chautauqua County one day may keep company with Bordeaux, Tuscany and Napa Valley.

Thank climate change for that possibility.

Researchers analyzed the potential effects of climate change on cool-climate wine growing areas in upstate New York, Michigan and Oregon. They found that a warming climate could make Western New York more conducive to growing more sensitive wine species because of a lessened threat of extreme cold during winter and a longer growing season from April to October. While researchers focused on the Finger Lakes region, they called the terrain around Lake Erie "a close approximation."

“This is very eye-opening,” said Steven R. Schultze, a geography and earth sciences professor at the University of South Alabama who was the study's lead researcher.

It’s not a cinch, though.

“Will we get there? I don’t know,” Schultze said.

Cornell University’s Lake Erie Research and Extension Laboratory has been tracking climate data since 1960, and its experts said variables make it hard to predict what will happen.

“Because we have such big lakes here, it’s up in the air,” said Terry Bates, director of the Cornell Lake Erie Research & Extension. “It remains to be seen.”

Still, if the growing season increases by about half of its most robust projections, the cool-climate wine producing area in Western New York could become more like some of the world’s top wine regions.

Gradual transitions are already underway along the Lake Erie plain through Chautauqua County and northwestern Pennsylvania in vineyards once exclusively covered in Concord, Niagara and Delaware grapes.

Places like Liberty Vineyards in Sheridan, which traces its grape-growing roots to the 1860s, now cultivate species like Carménère, Syrah and Pinot Noir.

Fred Johnson at Johnson Estates winery in Westfield said he dabbles a few acres at a time with warmer-climate grapes, too.

“Right now, the way to think about it is we’re Germany,” Johnson said. “As the planet warms, that would allow us to grow more of the traditional French varieties.”

Are species like Sauvignon, Merlot and Bordeaux in Western New York’s future?

It’s probably too early to tell. Some of those grapes are already being grown successfully downstate on Long Island.

“Over time, as things get warmer, we can start to experiment with more French-style grapes,” Johnson said. “It’s something we’re aware of and we kind of stay tuned to, but it isn’t something we’re jumping one way or another about.”

That’s where Cornell’s laboratory comes in.

The lab studies climate data year to year and also over decades for growing seasons and winters.

Its scientists can advise growers which species could be introduced here with success.

It has tracked long-term climate data about when grape buds break, when blooms occur and the date of grape veraison (ripening) since 1960.

“Our current industry would definitely benefit from a longer growing season,” Bates said.

Climate dictates what types of grapes can be grown, and wine-producing regions are typically classified by climate.

Other variables include precipitation and humidity, and too much of either can bring more disease and pest control problems for vineyards.

Projections of humidity and precipitation 30, 50 and 100 years from now are more sketchy. It’s why Schultze said his study focused on temperature.

The study, published this spring in the American Meteorological Society’s Journal of Applied Meteorology and Climatology, projects that although seasonal variations will persist, warmer-growing seasons in places like the Great Lakes could hedge against years of exceptional winter cold or cool summers limiting grape production.

In other words, bad years may come, but they’ll be a lot rarer. That could allow growers to take more risks with lucrative, sensitive species.

“This warming trend could allow for the introduction of alternative grape varieties, drastically improving the limited availability of cool-climate ... cultivars,” the study concluded. “Varieties such as Merlot, Cabernet Sauvignon and Syrah, which require warmer climates, would likely thrive.”

Trends show the grape-growing season is getting longer.

Experts regard it as the “in vino veritas” about climate change.

Warming changes in cool-climate areas have been gradual, but they are noticeable, Schultze said.

Temperature data trends from Fredonia reflect that. The 30-year average temperature from April 1 to Oct. 1 was slightly warmer through the start of this decade.

National Weather Service temperature data from a Fredonia station shows the 30-year average winter temperature increased by 2 degrees from 1990 to 2010.

But while climate is the main driver of the earlier blooms and longer growing season, there are other factors.

“The vines respond very much to temperature early in the season, prior to bloom, and after veraison,” Bates said. “If we’re going to see the effect of climate change, it’s going to be in those two periods.”

“The basic trend is warmer, but the future is in the details,” Johnson said.

Along Lake Erie, the biggest detail is the lake itself.

From 1973 to 1997, heavy ice cover on Lake Erie was expected. The lake was at least 80% covered in ice for 23 of those 25 winters, according to the Great Lakes Environmental Research Laboratory.

Why does Lake Erie make such a difference?

By keeping the lake plain cooler during the early spring, it delays bud production on the vines. That protects them longer from threats of a spring freeze.

With less ice on the lake, the growing season would start earlier if the lake waters warm up sooner, but experts fear buds could also pop earlier, leaving them more susceptible to damage from a late frost.

Bates said climate change brings its own risks of the unknown – and extremes.

Winter months are when those extremes can be most damaging. Although dormant during the winter, vines – especially sensitive ones – can still suffer considerable damage if it gets too cold.

Fredonia averaged five subzero days every winter in 1989. By 2012, the 30-year average had dwindled to just two. Then came the persistent polar vortex winters of 2014 and 2015.

Vinifera grapes were wiped out and even many of the region’s hardiest native vines were damaged.

“We know going into this, that cold winters will be the tough part,” said Burmaster of Liberty Vineyards, which grows some varietals cold-tested in Minnesota.

“We’re always open to other varieties,” Burmaster said. “I think everybody is trying a little bit of something, but there’s no one going ‘hog wild’ planting one variety.”

Species like Merlot, Riesling and Chardonnay, for instance, are not particularly cold-resistant. They can be damaged when temperatures drop to -5 degrees.

Some of the hybrid varietals – grapes crafted to booster their cold hardiness – like Seyval, Traminette and Vignoles vary in hardiness but mostly can survive to -10 degrees.

Then, you have the tender species – Cabernet Sauvignon, Cabernet Franc and Pinot Gris – which can be ruined by subzero temperatures.

“You can’t do a Cabernet Sauvignon now, but that doesn’t mean 30 years from now you won’t be able to,” Schultze said.

Even with data trends and studies like Schultze’s, growers expect to play it cautious.

Bates expects a warming climate along the Lake Erie grape plain will likely allow growers to get better results with grapes they’re already experimenting with.

"I’d love to be able to grow a beautiful Cabernet Sauvignon,” Johnson said. “You have to move the mean a long way to move the risk of the coldest hour to make that possible.”