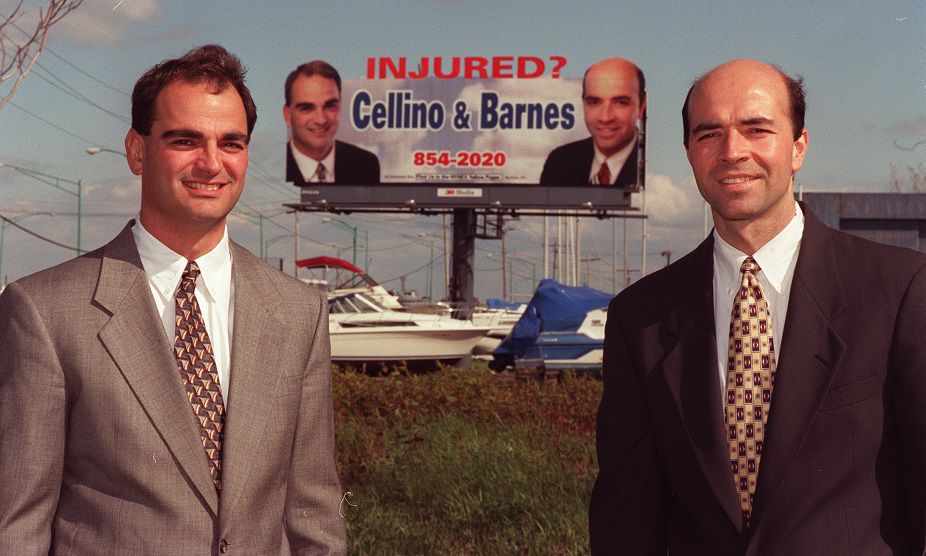 This Buffalo News file photo from 1997 shows Ross Cellino and Stephen Barnes in front of one of their billboards off Fuhrmann Boulevard. (Sharon Cantillon/News file photo) 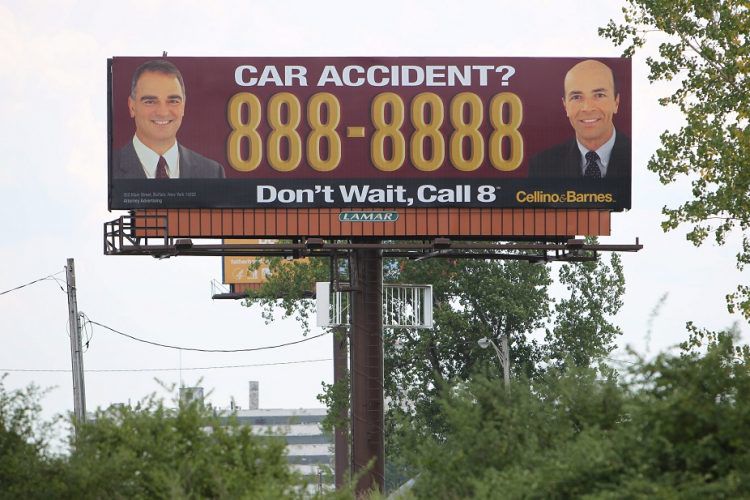 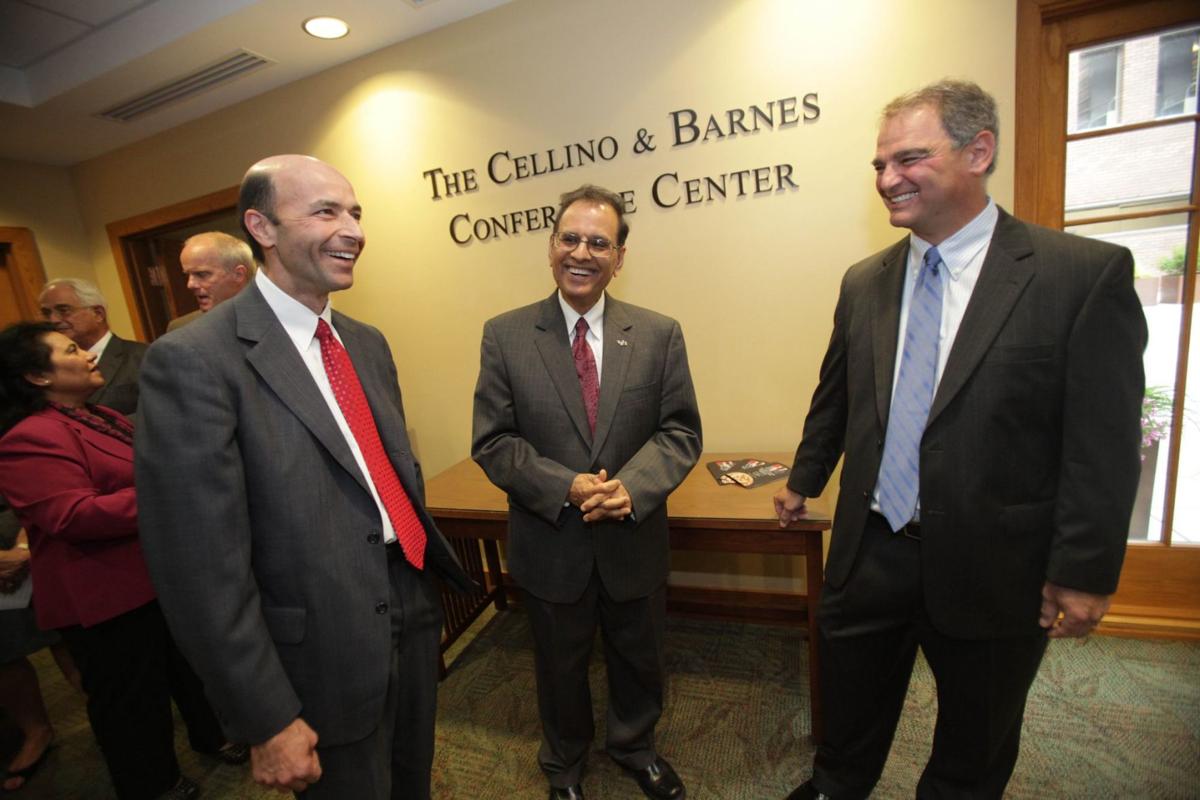 Cellino & Barnes, the law firm with billboards and advertising throughout the area, appears headed for a breakup.

Ross M. Cellino Jr. has filed a lawsuit to show cause why the firm should not be dissolved.

Stephen E. Barnes is the other half of the firm.

A hearing is scheduled for May 19.

The two high-powered personal-injury attorneys have been in practice together for more than 30 years.

"If this goes forward, it will be like a huge divorce … a huge business divorce," Buffalo attorney Paul J. Cambria said late Wednesday night. "This law firm has been very successful and has all kinds of assets."

Cambria said he has not seen the court papers, but has talked to reliable people who did see a show cause order indicating the lawsuit has been filed and that Barnes is required to respond to Cellino's legal action on Friday.

"They basically invented themselves out of thin air, with very thoughtful, successful, innovative advertising. ...They became a huge success. They do have some very good attorneys over there and a good reputation," Cambria said. "I was driving down Fairfax Avenue in [Los Angeles] last week, and right in front of me was a bus with their logo and their phone number on it. ... Amazing."

If Cellino & Barnes do break up their partnership, Cambria said, "It would be unfortunate to see that success sometimes breeds contempt. You don't just break up a partnership because everyone is getting along with each other."

In 2005, an appellate court ruled that the partners had committed professional misconduct. Cellino's license to practice law was suspended for six months, while Barnes was merely censured and allowed to continue practicing. During that brief time, the company was known as the Barnes Firm.

This Buffalo News file photo from 1997 shows Ross Cellino and Stephen Barnes in front of one of their billboards off Fuhrmann Boulevard. (Sharon Cantillon/News file photo)