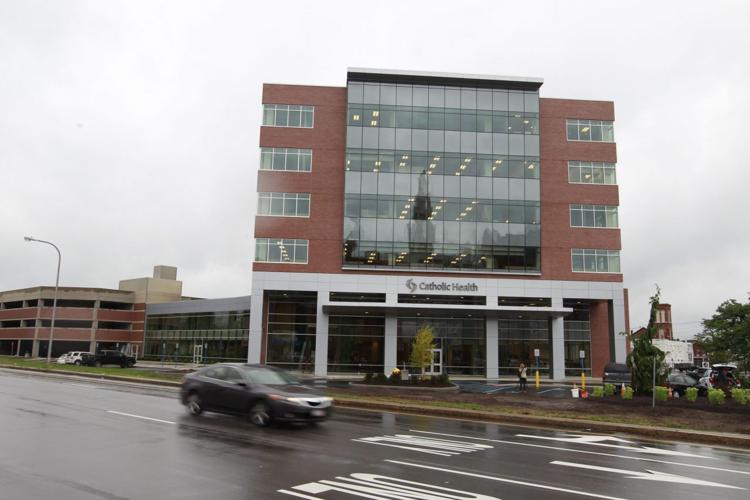 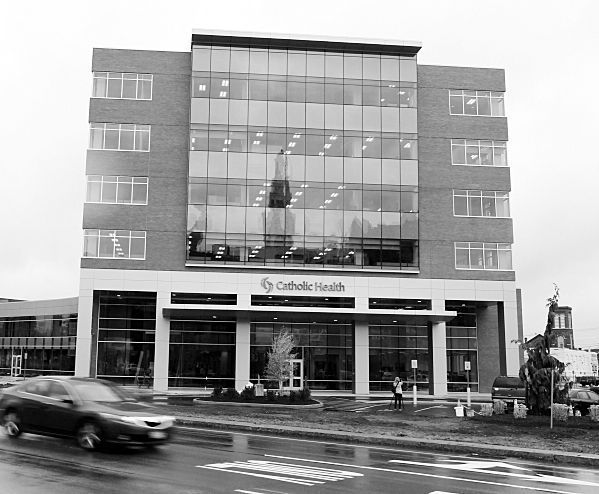 When Catholic Health asked employees last week if they would volunteer to work with Covid-19 patients, 150 employees quickly said yes.

That number jumped to 500 on Friday and rose to 700 on Saturday.

"Here's the part that makes me emotional," said Mark Sullivan, Catholic Health's president and CEO. "They volunteered and thought in the beginning that they weren't going to get paid. They were going to take on the shifts for free."

In addition, 200 people from other health care organizations stepped forward to do their part.

"I am not surprised by the number of people who have volunteered," said Debbie Hayes, upstate director for the Communication Workers of America, District 1. "When there is a public health crisis, everyone knows it's time to roll up their sleeves and get to work."

Hayes said she is proud of the many union workers who are stepping forward despite the known risks, including a shortage of equipment needed to keep health care workers safe.

"Right now, there are not enough N95 respirators, surgical or procedural masks, and not enough gowns and gloves," Hayes said. "And yet people are willing to go anyway. We are working incredibly hard with Catholic Health to make sure that when our members do go there, they will have the best possible protection that's available."

The hospital workers will do rotations at the St. Joseph campus of Sisters of Charity Hospital in Cheektowaga, now being readied to be the first hospital in New York State dedicated to treating Covid-19 patients. They will also work with Covid-19 patients at all of the other Catholic Health hospitals, Sullivan said.

Employees who work at St. Joseph's will get paid more than their normal rate, according to a company spokeswoman.

The large number of volunteers will also make it easier to cross-train and provide a large replacement pool if necessary.

The rapid response to Catholic Health's call to action is a reflection of strong management-labor relations that exist at Catholic Health, said Cathy Creighton, a union attorney who represents several labor unions there.

She credits strong labor-management committees at Catholic Health that she said have given labor a greater voice. It's a major turnaround from the bitter contract negotiations that occurred between the two sides four years ago.

Deborah Arnet, a registered nurse at Kenmore Mercy Hospital and president of Local 1133, said an early Covid-19 response team with workers and management also contributed to the speed in which things are being done.

"I'm thrilled but not surprised by the people who stepped forward," Arnet said. "That's the type of people who become health care workers. We got into the profession to help people."

A Buffalo police captain accused in a federal lawsuit of making racist remarks in front of two Black police officers and a Black mental health clinician has been suspended without pay, Buffalo police confirmed Saturday.

Sean Kirst: A brick-throwing great-grandma stands by her Buffalo Bills

Jeanette "Sis" Korbel, 96, has been a Bills fan since the team's start in the 1960s and wants to see them win it all. “I want a Super Bowl before I die, and this is our best chance. Never lose hope,” she said.

State tells school districts to end use of Native nicknames and logos ... or else

It's been 21 years since then state education Commissioner Richard P. Mills urged school districts to end the use of Native American mascots a…

William I. Miller, who owns Blind Faith Window Coverings in the Town of Tonawanda, must pay a $3,000 fine to the state and $7,000 to Deirdre Chesson of Buffalo.

William J. Costello II, a lawyer since 1976, was disbarred Nov. 18 by the Appellate Division of the State Supreme Court in Rochester.