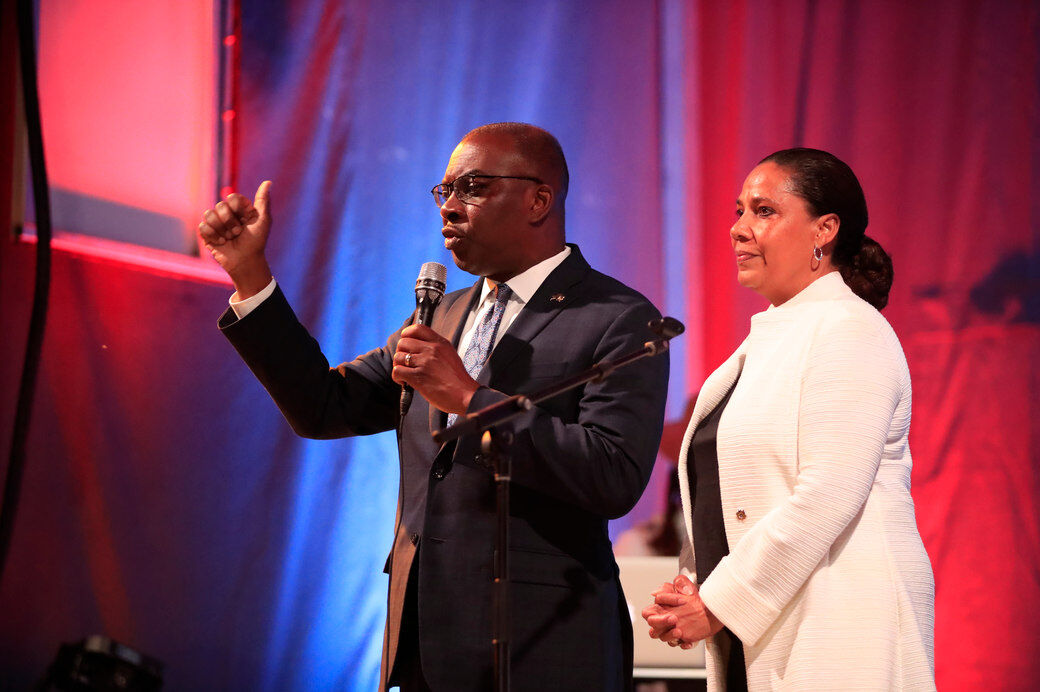 Mayor Byron Brown and his wife, Michelle, speak at his at his headquarters on Tuesday, June 22, 2021. 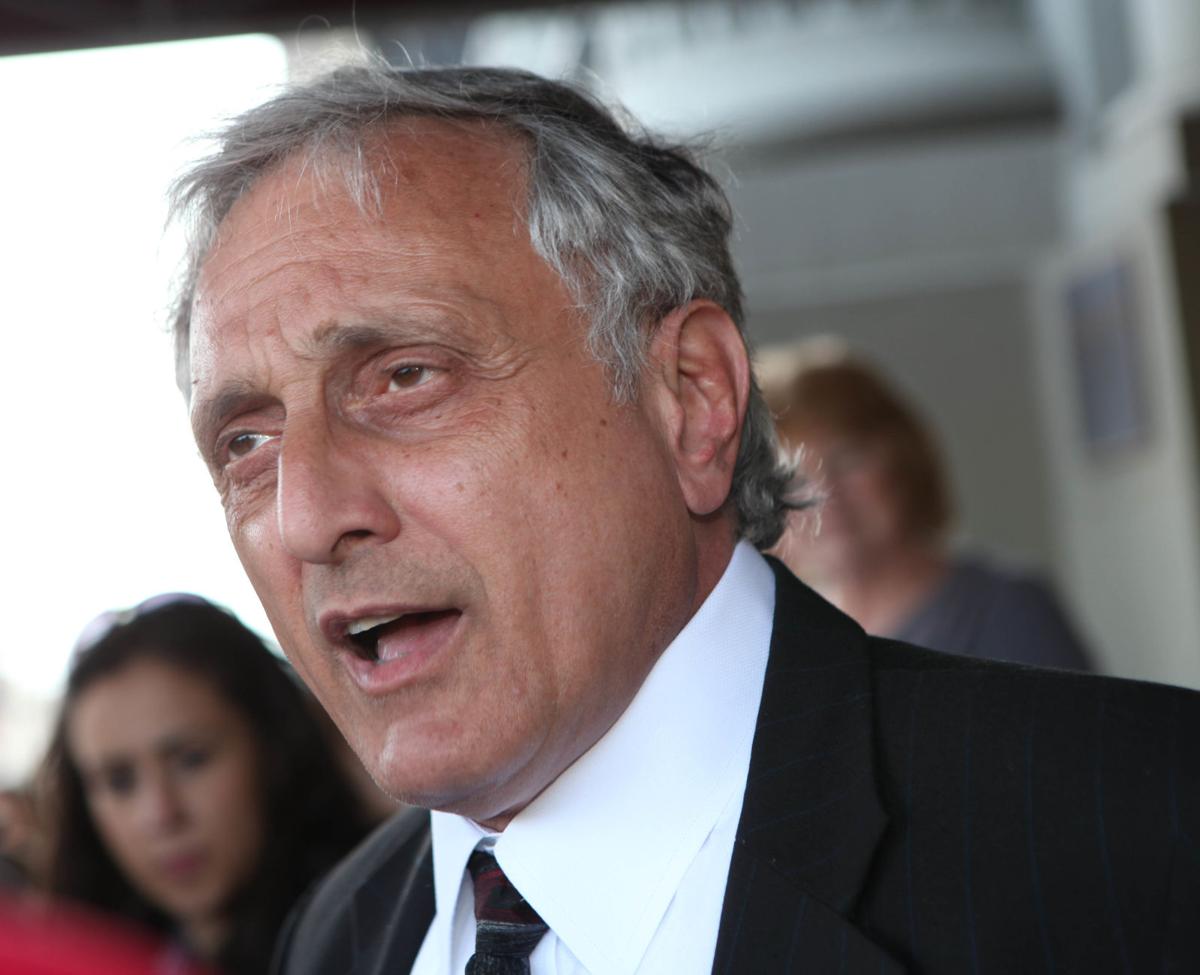 Buffalo Mayor Byron W. Brown hasn't said whether he's decided to mount a write-in campaign to try and retain the office he has held since 2006.

Even if he goes the write-in route, the mayor said he would not accept help from Paladino.

In a three-sentence emailed statement released to the media,  Brown said he is “grateful for and humbled by the widespread support and encouragement” from Buffalo residents over the past several days.

“However, I want to be very clear that I did not seek – nor will I accept – support in any form, should I decide to pursue a write-in campaign, from Carl Paladino,” Brown said. “Throughout my career, I have received support from every community in our city, and I am thankful for the trust and confidence, which has underscored my commitment to an equitable, diverse, inclusive and prosperous Buffalo.”

Paladino has urged the Buffalo business community to push Brown to run as a write-in candidate since his stunning loss in the Democratic primary to India B. Walton, a nurse and local activist who has not previously held elective office.

Paladino said he's not put off by the snub.

“That’s all well and good," Paladino said. "He can distance himself from me. I don’t care. It’s his choice. He can do whatever he wants.”

Paladino, the chairman of Ellicott Development Co., ran as a Republican in 2010 in his losing gubernatorial campaign against Gov. Andrew M. Cuomo. Paladino said he will continue to encourage Brown, or any other candidate who could beat Walton, to run a write-in campaign.

“Walton has to be defeated," he said. "She’s a nightmare for our city, the growth of our city.”

An enthusiastic supporter of former President Donald Trump, Paladino has been an outspoken and sometimes outrageous critic of government on multiple levels.

He was removed from the Buffalo School Board in 2017 after his racist remarks about former President Barack Obama and former First Lady Michelle Obama were published in the alternative weekly newspaper Artvoice.

The state education commissioner determined Paladino violated state policy by releasing confidential information discussed during an executive session held by the board.

Walton, 39, who describes herself as a Democratic socialist, won the Democratic primary by a vote count of 11,132 to 9,625, with the number of outstanding absentee ballots considered too few for Brown to close the gap.

Walton accused the developer of "shamelessly smearing my name."

Walton said Brown counted Paladino among his supporters just a few days ago.

"By refusing to concede after the votes were counted on Tuesday in our favor, our current mayor has ignored the will of the voters and opened the door to the dark side of politics when we should be working towards a collaborative and respectful transition of power," Walton said in a statement Sunday.

"We are hearing loud and clear that people want to see a new kind of leadership in Buffalo that listens to and represents everyday people, and we’re not letting up," she said.

Walton, a grassroots community organizer and activist for years, works as executive director of the Fruit Belt Community Land Trust, a nonprofit organization that focuses on affordable housing. Walton has railed against corporate welfare. She ran on a platform that emphasizes investing in cooperatively owned businesses, green jobs and creating a public bank that would invest city funds in minority- and woman-owned small businesses.

Erik Brady: India Walton surprised many. 100 years ago in Lackawanna, John Gibbons did her one better

Gibbons' surprise election in 1919 came six weeks into the Great Steel Strike that roiled Lackawanna a century ago, leaving two men dead, a labor movement on the rise – and a mayor elected as a member of the Socialist Party of America.

Mayor Byron Brown and his wife, Michelle, speak at his at his headquarters on Tuesday, June 22, 2021.