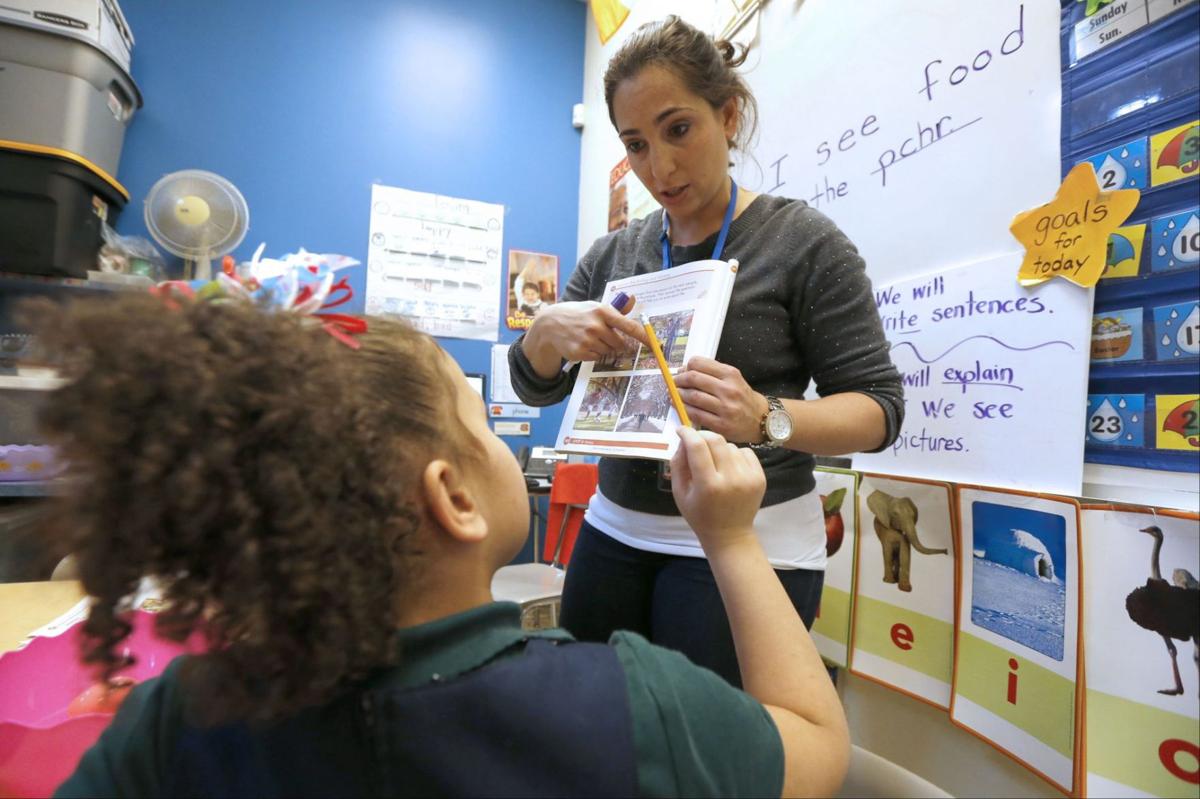 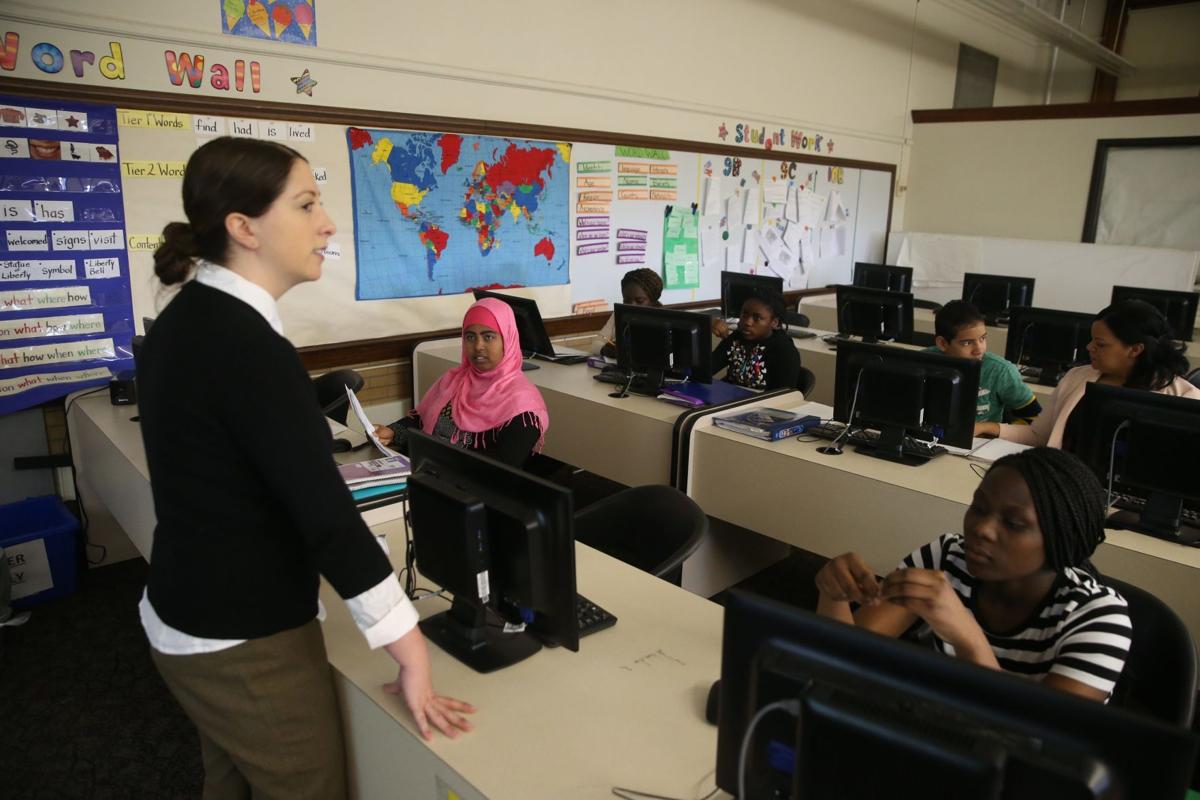 Over the last decade, the number of students in the Buffalo Public Schools learning English as a new language has more than doubled, and now account for nearly 1 in every 5 kids enrolled in the city school system.

But immigrant and refugee leaders are concerned there are too few bilingual teachers to address the poor academic results seen among so many of these students.

And while they have seen the district bolster its bilingual education for Spanish-speaking students, there still are many more languages to consider – 83 in all spoken throughout the district.

Here’s the problem: Where do you find qualified teachers who speak those languages?

BILT, as it is known, is a project of the community organizing network VOICE-Buffalo, and is comprised of immigrants and former refugees trying to address issues of social justice for newcomers to Buffalo.

Ensuring a good education for their kids has been the main focus, as their numbers have ballooned in city schools.

In 2008, the district enrolled 2,700 students whose primary language was not English. That number has reached almost 6,200, according to district figures from October.

Earlier this year, members of BILT went public with their concerns about the low graduation rate for the city's English language-learners, 27 percent, and their high drop-out rate, 42 percent. The organization believes an underlying issue is the need for more bilingual educators who can teach in a student’s native language while the pupil is adjusting to English.

The district does employ 50 certified bilingual education teachers, but all of those are Spanish-speaking.

The district also has more than 200 teachers who teach English as a new language.  Those are teachers who speak English, but are trained to use a variety of strategies, including visual aids, to teach kids who speak another language.

BILT returned to Superintendent Kriner Cash and his staff last month and reminded the district it was out of compliance with state education law that requires districts to have a bilingual education program if they have at least 20 students per grade who speak the same foreign language.

“We recognize, given there are 83 languages in Buffalo schools, that we’re not going to be able to get bilingual teachers for every language, so we want to start with the top eight,” said Brian Zralek, lead organizer for BILT.

Among the 83 languages in the school district, a third of them are spoken by only one or two kids, according to district figures. The vast majority of English language learners in the district speak one of eight languages. Those languages are, in order by the number of students who speak them: Spanish – by far the most common  – Arabic, Karen, Somali, Burmese, Swahili, Bengali and Nepali.

“I would say Arabic is our main focus right now,” Zralek said, “but we are also very interested in just beginning to address the issue and really convening a working group in order to put a strategy together on these other languages.”

The district doesn't argue that students could learn faster and easier in their own language.

But one of the challenges is that there is a shortage of bilingual teachers, not just here, but across the United States, particularly in urban districts like Buffalo.

BILT members said it welcomes the idea of working with the school district to identify potential candidates from within the local immigrant community. It also suggested the district should consider recruiting in parts of the country with large immigrant populations, which the district acknowledged might be a possibility.

However, in order to have a bilingual education program, those teachers need to be certified by New York State, which is another problem, explained Nadia Nashir, assistant superintendent for multilingual education. While there is bilingual certification in languages like Spanish and Arabic, she said, there is no certification in many of the other languages spoken by students in the Buffalo Public Schools.

The argument that state law requires districts to provide a bilingual education program if they have at least 20 students per grade who speak the same language is true, Nashir said.  But, she said, the state is also realistic about the limitations of the law and is working with the district on remedies.

In the meantime, Nashir said, the school district has taken other steps to provide added supports for the students, like hiring aides for the classroom who speak some of these other languages. The district employs more than 50 multilingual aides, more than double what it did three years ago, Nashir said.

“It’s not like we're sitting on our hands,” Nashir said. “We recognize the urgency.”

“They have made certain efforts to provide teacher aides and ways of supporting students who don’t have an actual bilingual teacher in the classroom,” agreed Anna Kay France, another board member of BILT. “It’s not that they’re totally blind and not making efforts, but there’s a lot more to be done.”

While the school district is making no promises, the two sides seem willing to work together on the issue.

“I think everyone recognizes the problem is also at the state level and there needs to be programs, and maybe some advocacy, at the state level,” Zralek said. “There does appear to be a mutual interest between Buffalo Public Schools and BILT to work together to get the state to start looking at certification programs.”

“I appreciate BILT," Nashir said. “They hold us accountable and we appreciate that. At the end of the day, we’re all in it for the same reason.”